Went to Leverhulme Park where Bradshaw Brook joins the river Tonge to fish and check out a "No Fishing" sign on Bradshaw Brook that Dave Bendle had asked me about. I also did my usual and photographed the invasive weeds on both waters, there is lots of it down there.

I decided to use a 7 foot rod and with a BWO dry fly, the Tonge is  not that wide and a 7 foot can get you just about anywhere that the fish are. There is also lots of tree cover so anything longer can get you in the trees more often than in the water, not that I don't get in the trees anyway.

The first part of the river above the road bridge is not that deep but there is plenty of silt and rubbish so I do not get into the water until a bit further up where the bed is clearer and safer for wading.
Doesn't stop me casting a fly and catching fish, but it has to be done with care as the bank side under growth is very lush. 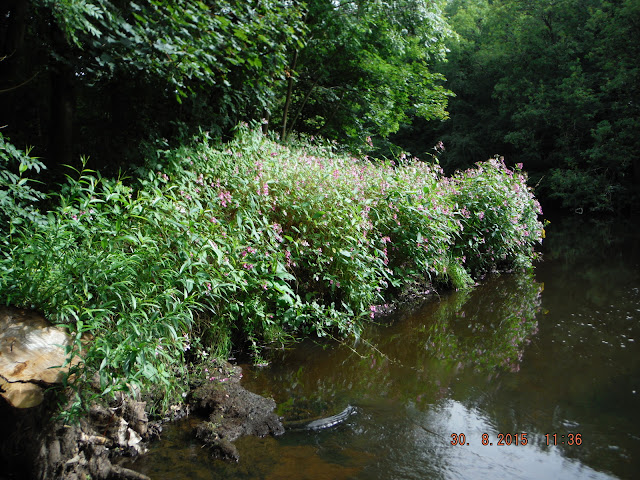 It started quite well and caught two fish just above the road bridge but nothing else until I got to where I could wade. 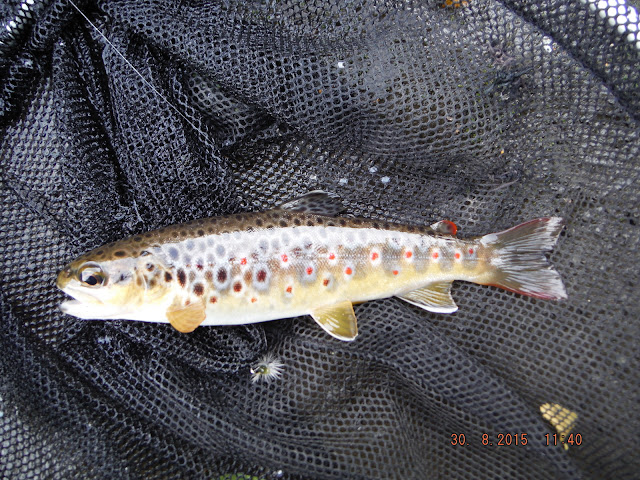 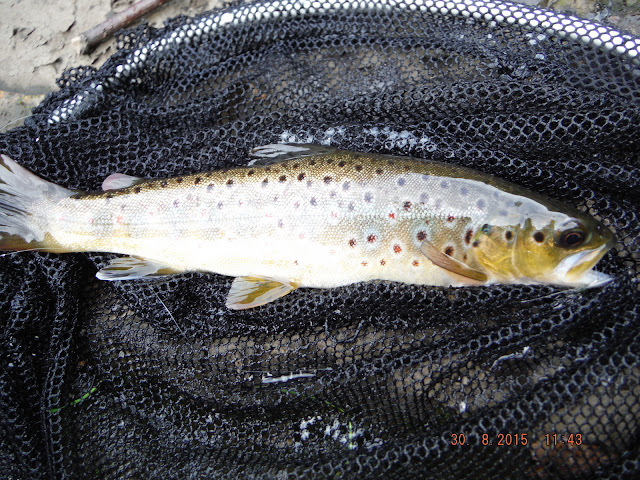 The wading stretch looked fine with plenty fish on the rise, hooked and lost a couple and had plenty fish come for a look at the fly but nothing to the net. 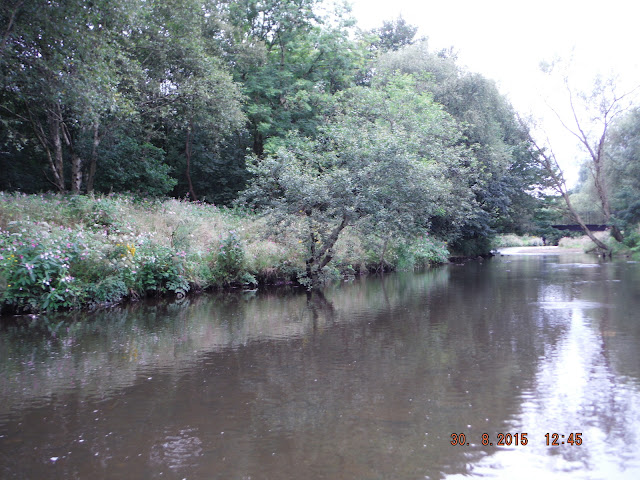 I don't understand why some days it is like that and on other days most everything stays on and gets to the net.

I was now up to where Bradshaw Brook joins and I branched of that way, it is a lot narrower than the Tonge and very overgrown. Fly fishing without wading is just about impossible except for the odd spot. 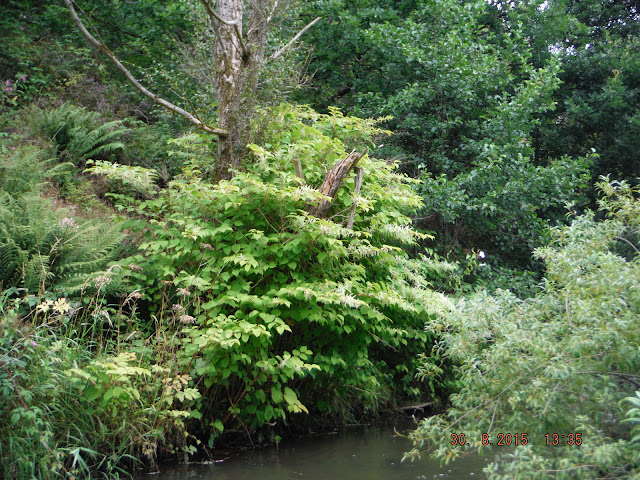 Try casting between the bush and the Knot Weed, which I did and caught the two below. 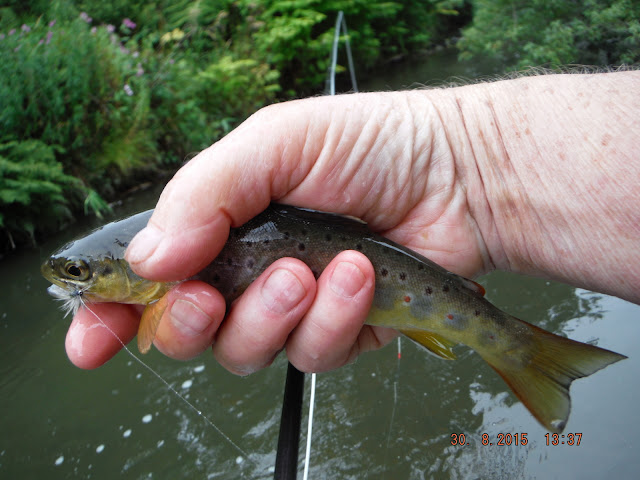 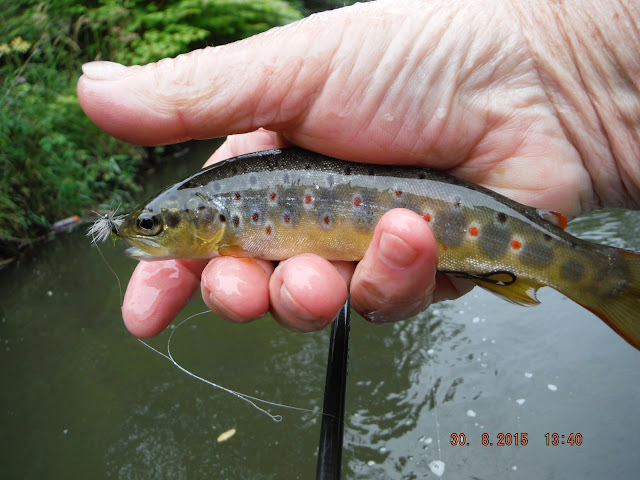 One problem that I was having, which can be seen in the picture above, was that I was getting a lot of twisting in the tippet. Some days it does not happen and on others,like yesterday, after a couple of casts I was getting some awful tangles. I had to replace my tippet four times during the day even though I was checking for twist on a regular basis. I only fish with one fly but I might try a very short dropper to see if the stops it happening. Any advice would be very welcome. 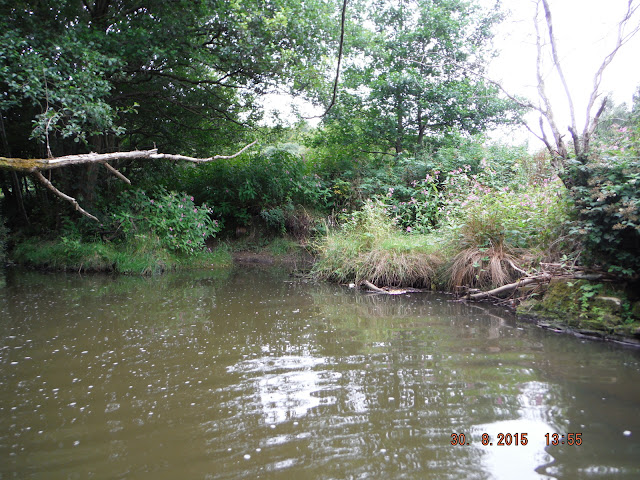 One of the less overhung stretches, still not a lot of room. As I said wade or don't fish. 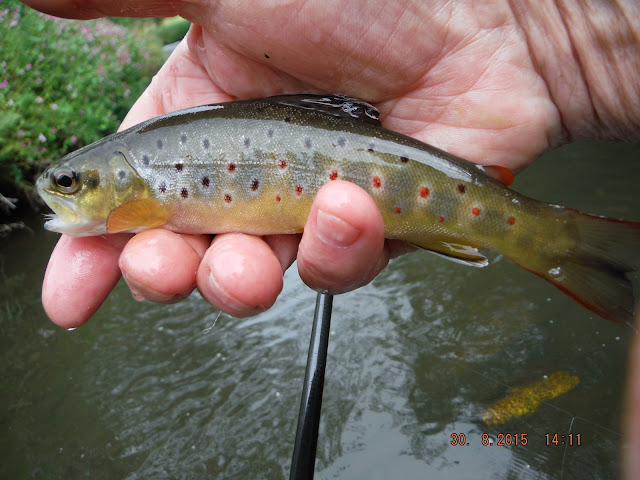 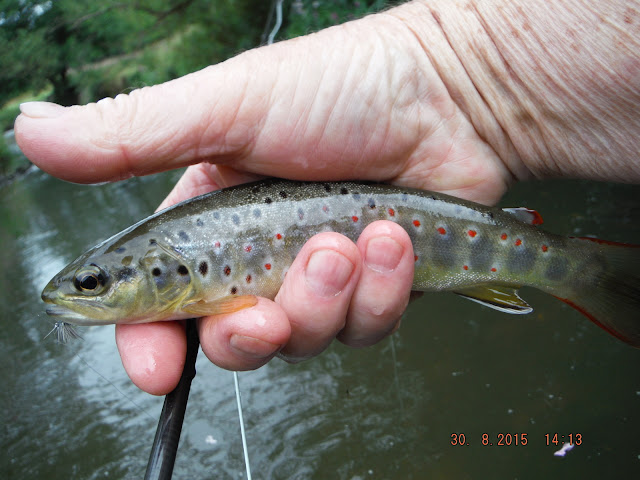 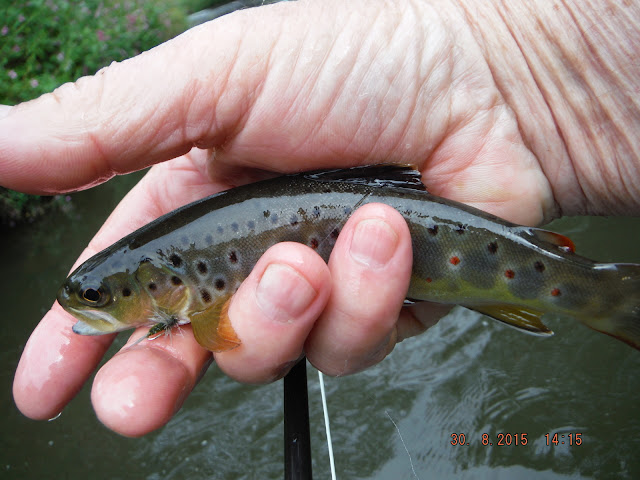 Three casts got me these three in quick succession, very different from on the Tonge


I carried on up the brook and behind Firwood Chemical Works? without seeing the sign or catching any more fish and then back down to the Tonge. 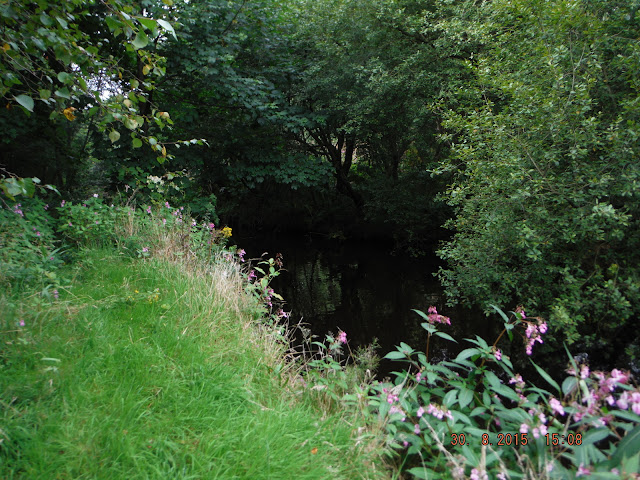 The first bit of the Tonge just above the where the brook comes in has some nice fish, how you get to them is another story. 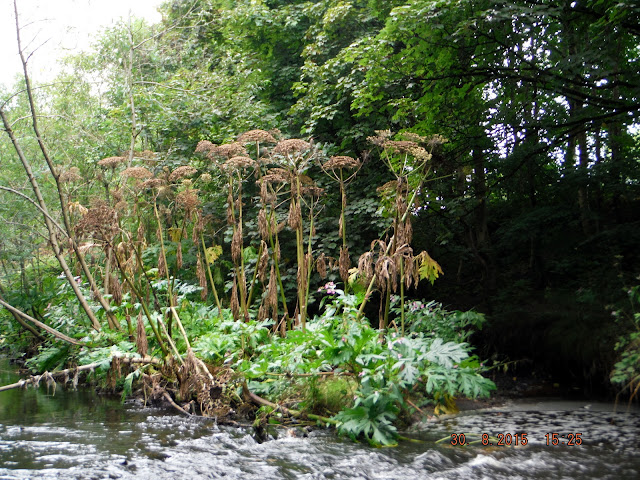 You do not want to tangle with this stuff. 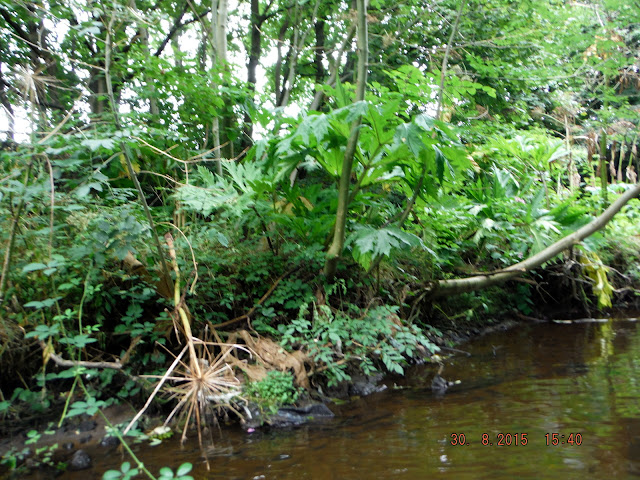 But a least I caught this one and lost what felt like a much bigger one which took my fly. 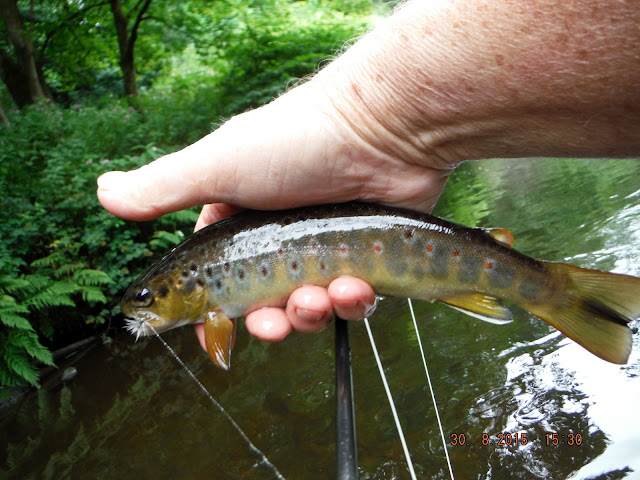 Took a load more photos and then made my sweaty way back to the car and home.


Posted by Flyfishing the Irwell and other streams at Monday, August 31, 2015