Another day of fishing and taking photos of invasive weeds. 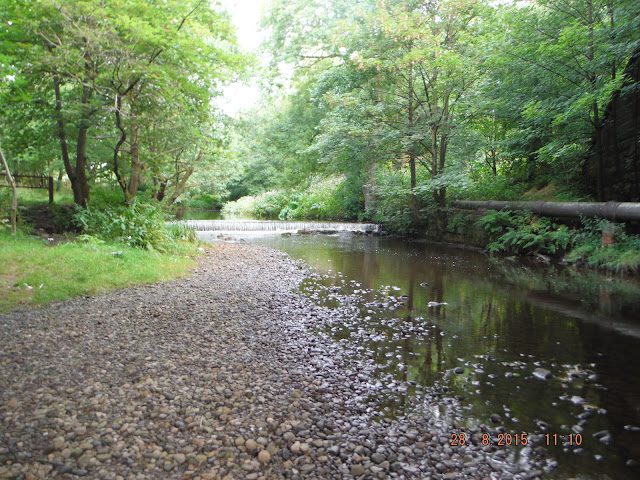 Not a pretty place where I started, sewer pipe and a weir, and the smell from a leaky manhole cover. 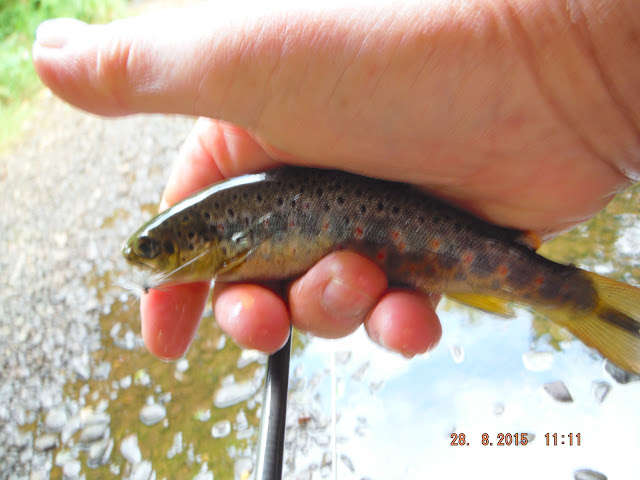 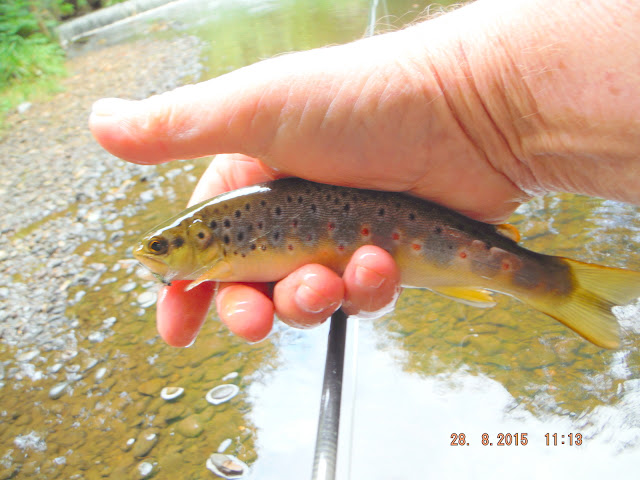 A couple of small ones from below the weir.

I moved above the weir and caught nothing until I got to the deeper and faster water a bit further up. 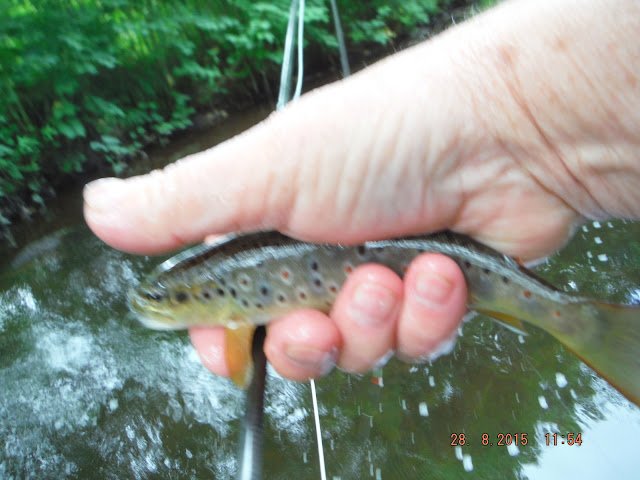 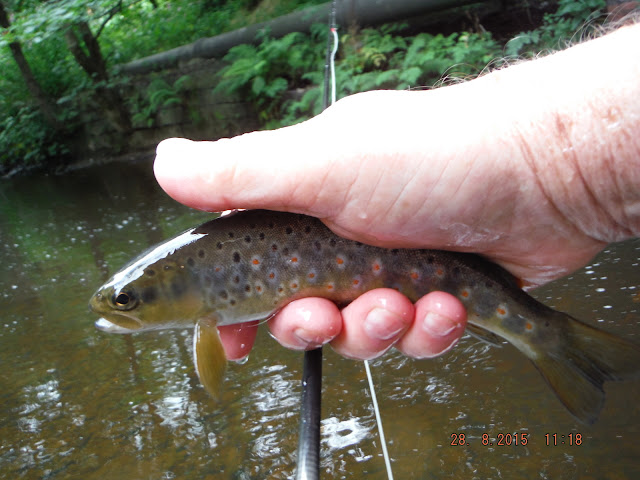 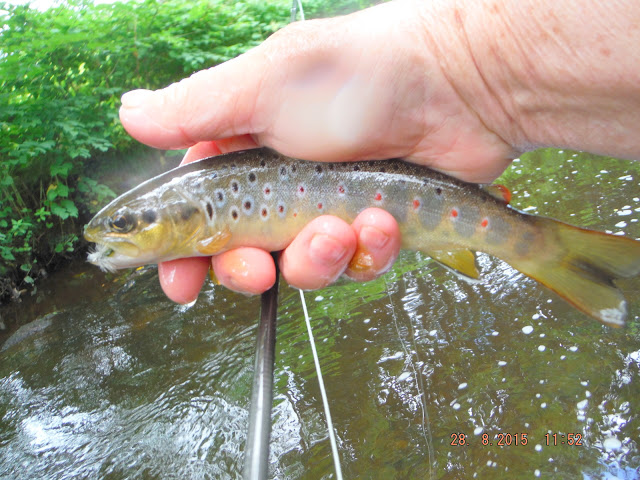 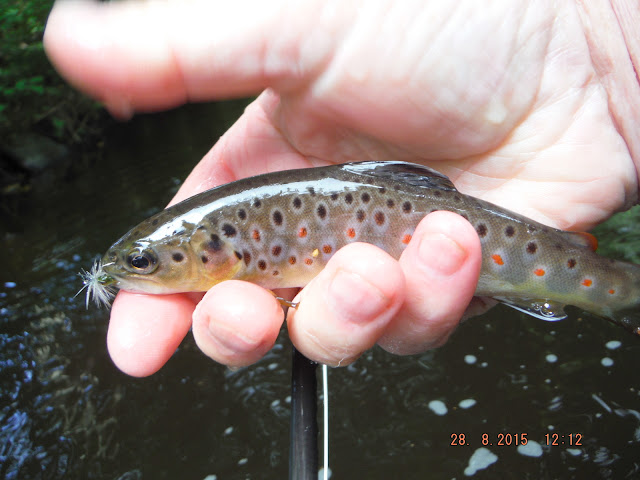 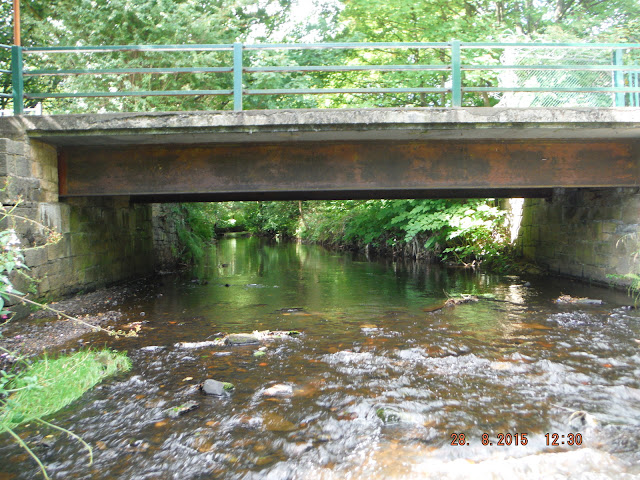 Once under the bridge it gets a lot darker with tree cover and I stopped serious fishing and started serious invasive weed photographing. 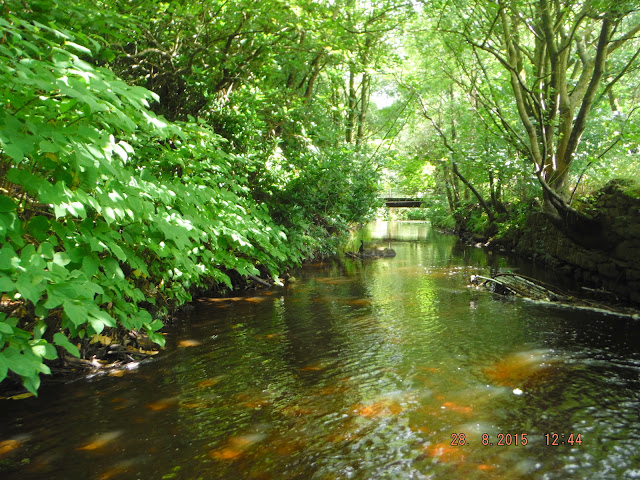 Unfortunately the brook has lots of Himalayan Balsam and Japanese Knot Weed and up here it is really rampant. The Giant Hog Weed is also present but not as yet as massive problem as it is further down stream, it won't take long before it becomes one. 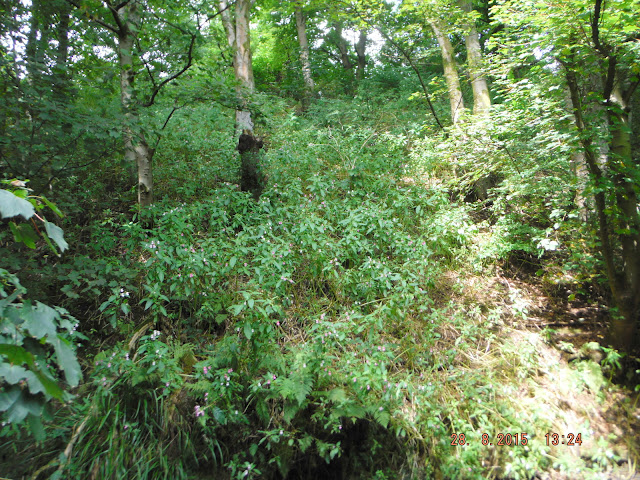 Balsam goes up to the top of the valley wall. 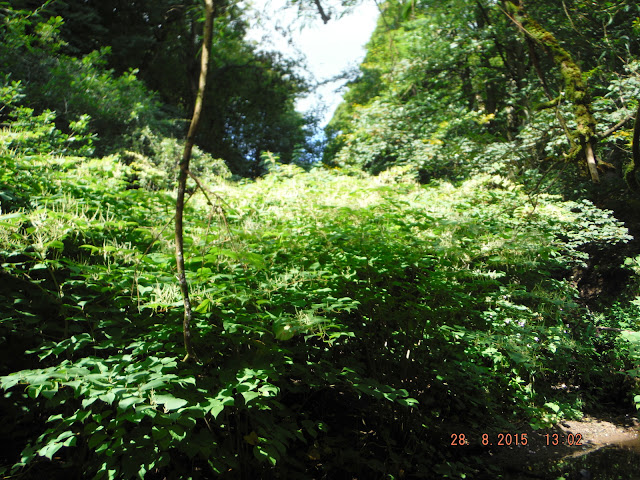 Japanese Knot Weed with a bit of Giant Hog Weed. 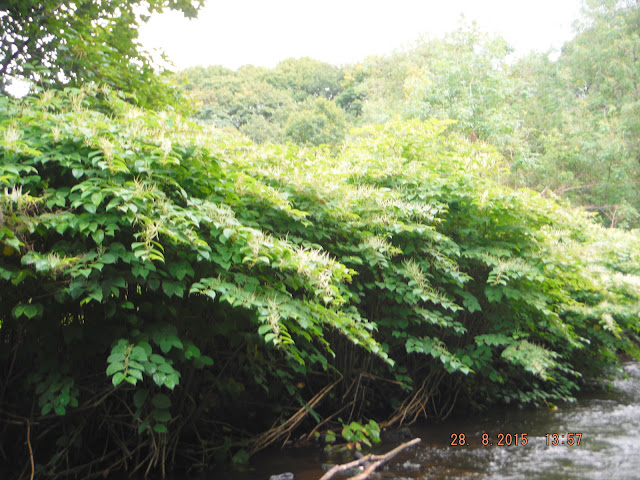 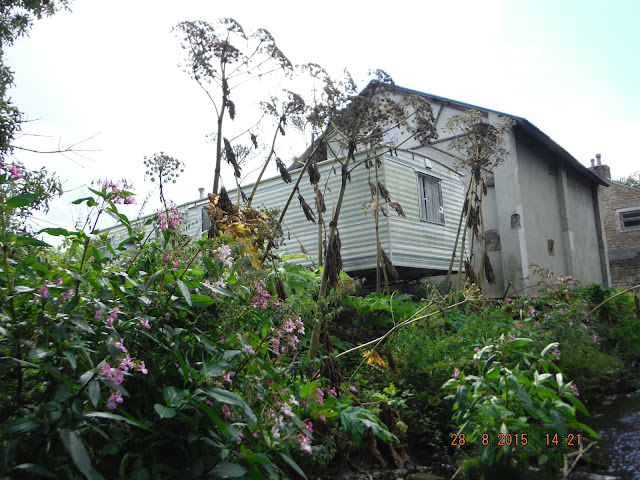 Giant Hog Weed among the Balsam. This unfortunately at the top of where I went to and it is sending seeds down to the rest of the brook.
Posted by Flyfishing the Irwell and other streams at Saturday, August 29, 2015