Two reasons for going to Firwood again, one, I wanted to take more photos of the non native invasive weeds that are strangling the river banks and pathways by the brook. The details and photos of which I have just finished putting on the Plant Tracker web site. 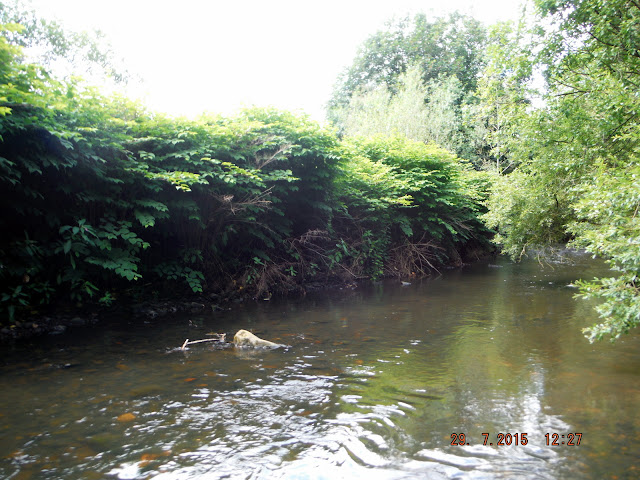 Japanese Knotweed is in complete control of the left bank here and Himalayan Balsam has got the other side. 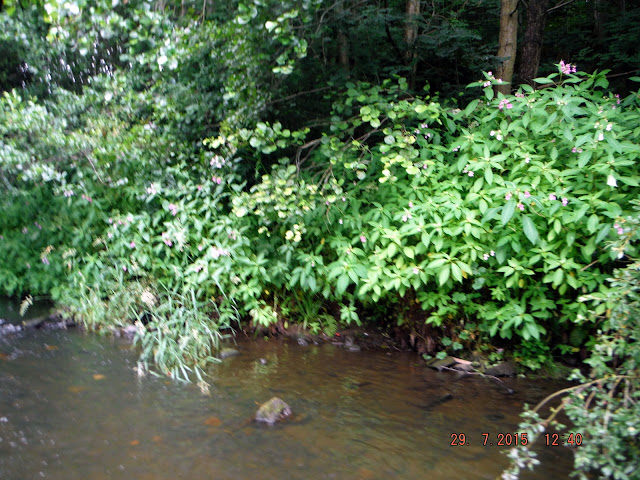 It gets worse each year.

Reason two is, of course, that I manage to catch plenty fish, most likely because I go to the most awkward bits that nobody else does. 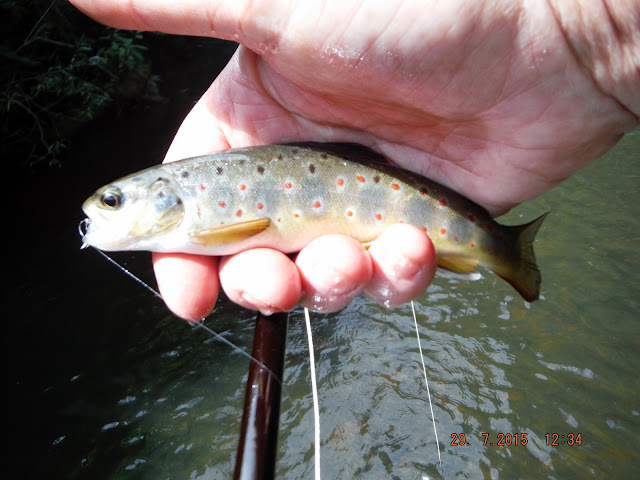 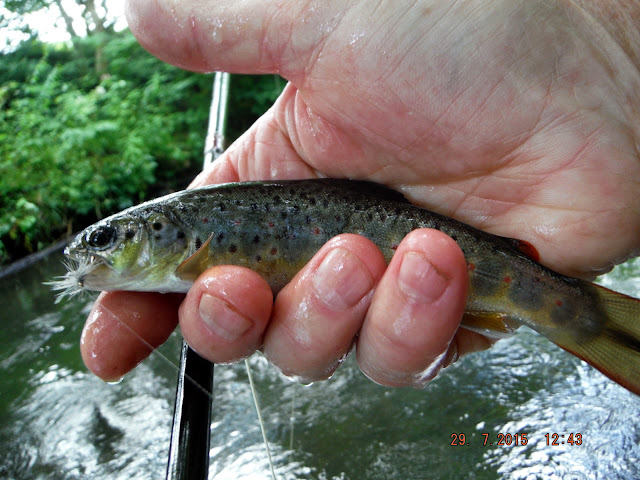 Not that big but plenty of them. 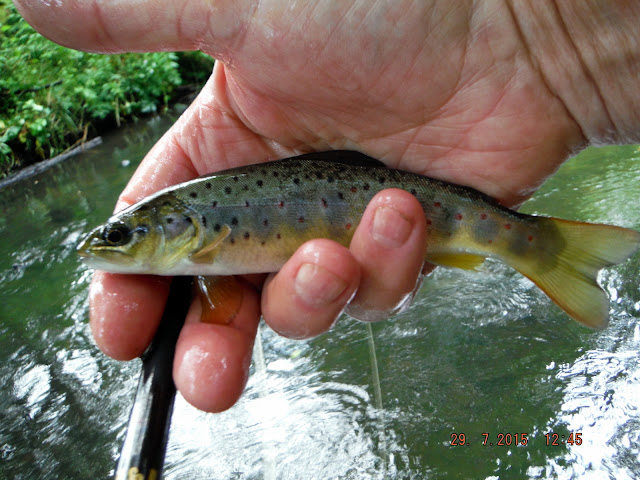 Now and again I get some that are a bit bigger. 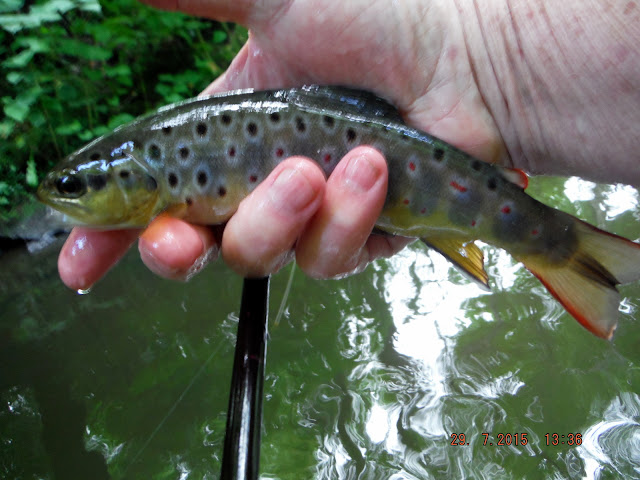 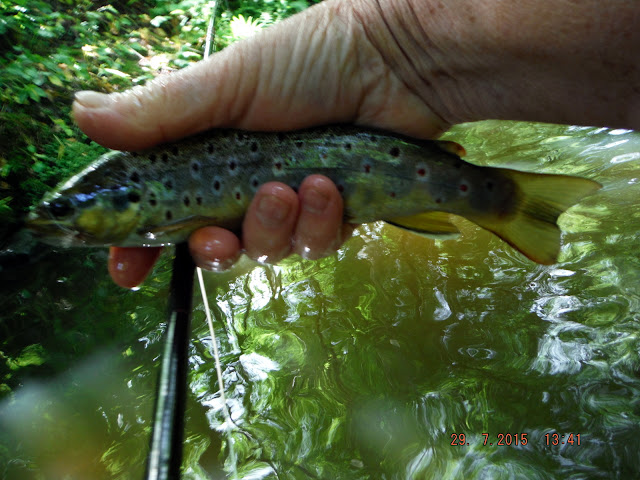 All caught on dry fly,a BWO to start and an Adams later. 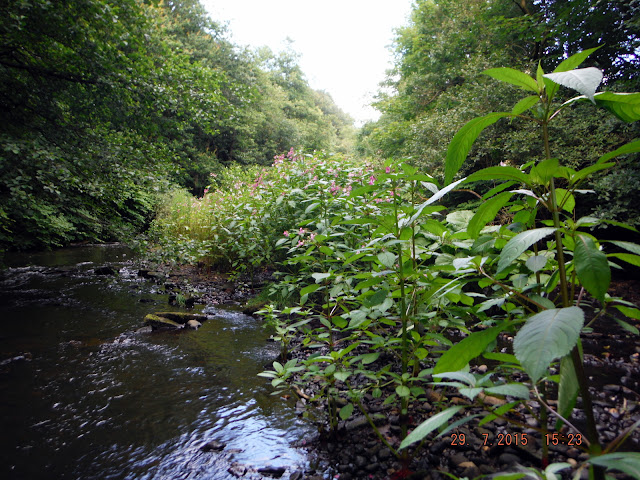 More of that awful Balsam and Knotweed. 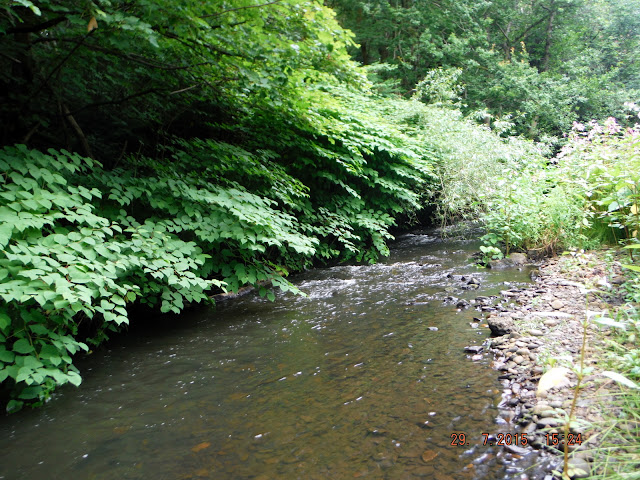 As usual I lost as many as I netted which I don't mind as long as they don't end up with my fly in their mouth. 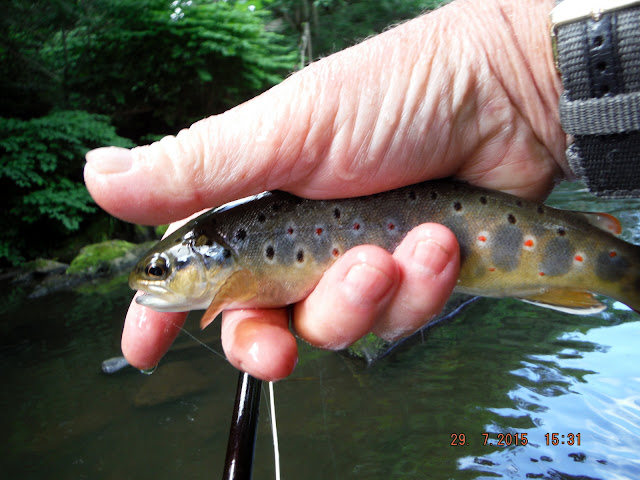 I did meet two others fishing in the brook, a dad with his little boy. The boy was trying to spin and dad had a fly rod. I left them to it. It didn't look like they would be catching much, but then again you never know they might have done better than me by the end of the day.
Posted by Flyfishing the Irwell and other streams at Thursday, July 30, 2015