The Irwell and the Roch  are still up and coloured, went to fish Eagley Brook in the valley but someone was already fly fishing. Next stop the Douglas turned out to be a good choice, even if it was forced on me.
The river was flowing clear and most of the weed and the mud and silt trapped in it has gone. 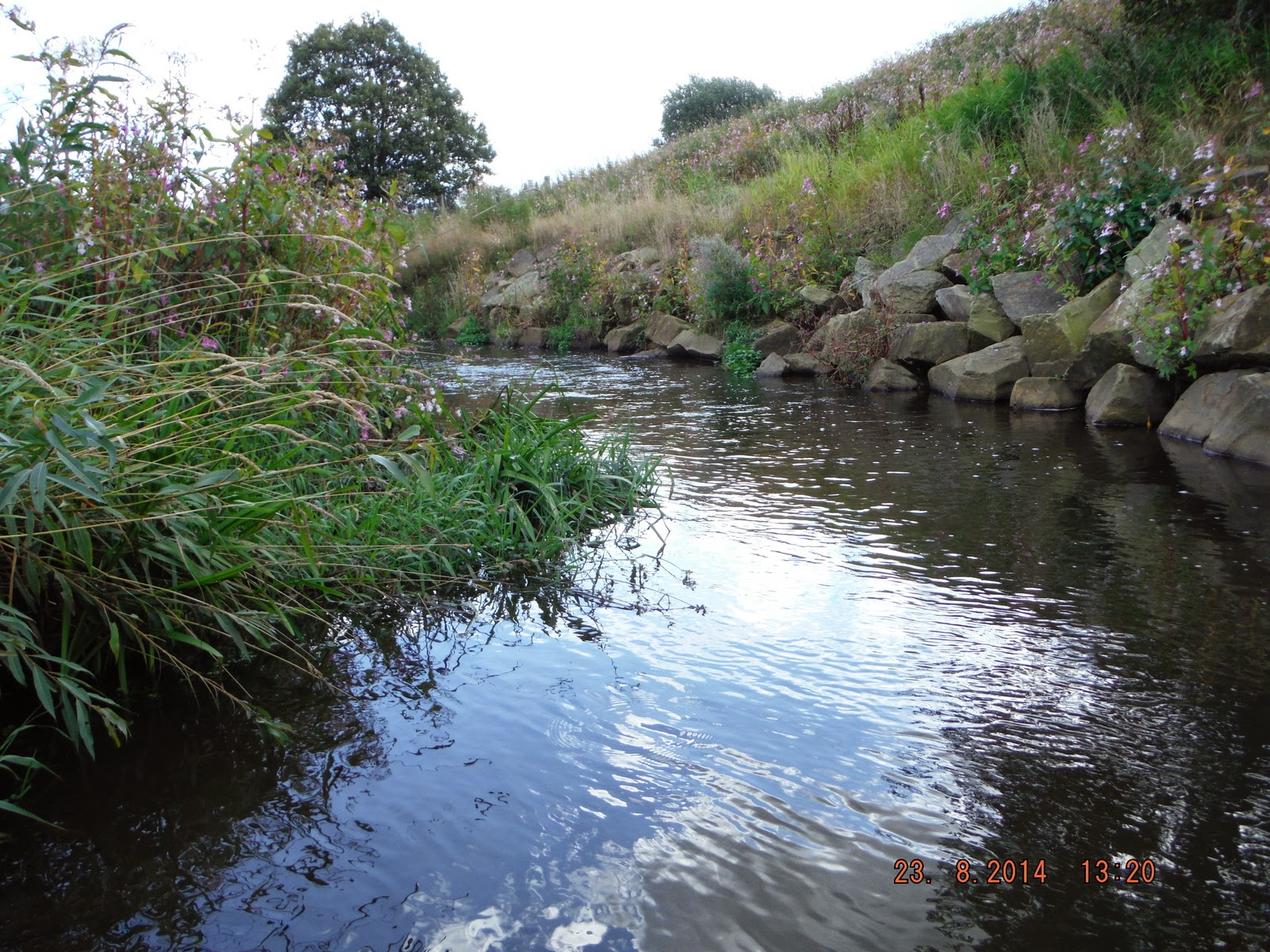 Trout rising in the flow above, hooked one first cast but it didn't stay on very long. Soon into another one same result, got the feeling it was not going to be my day. 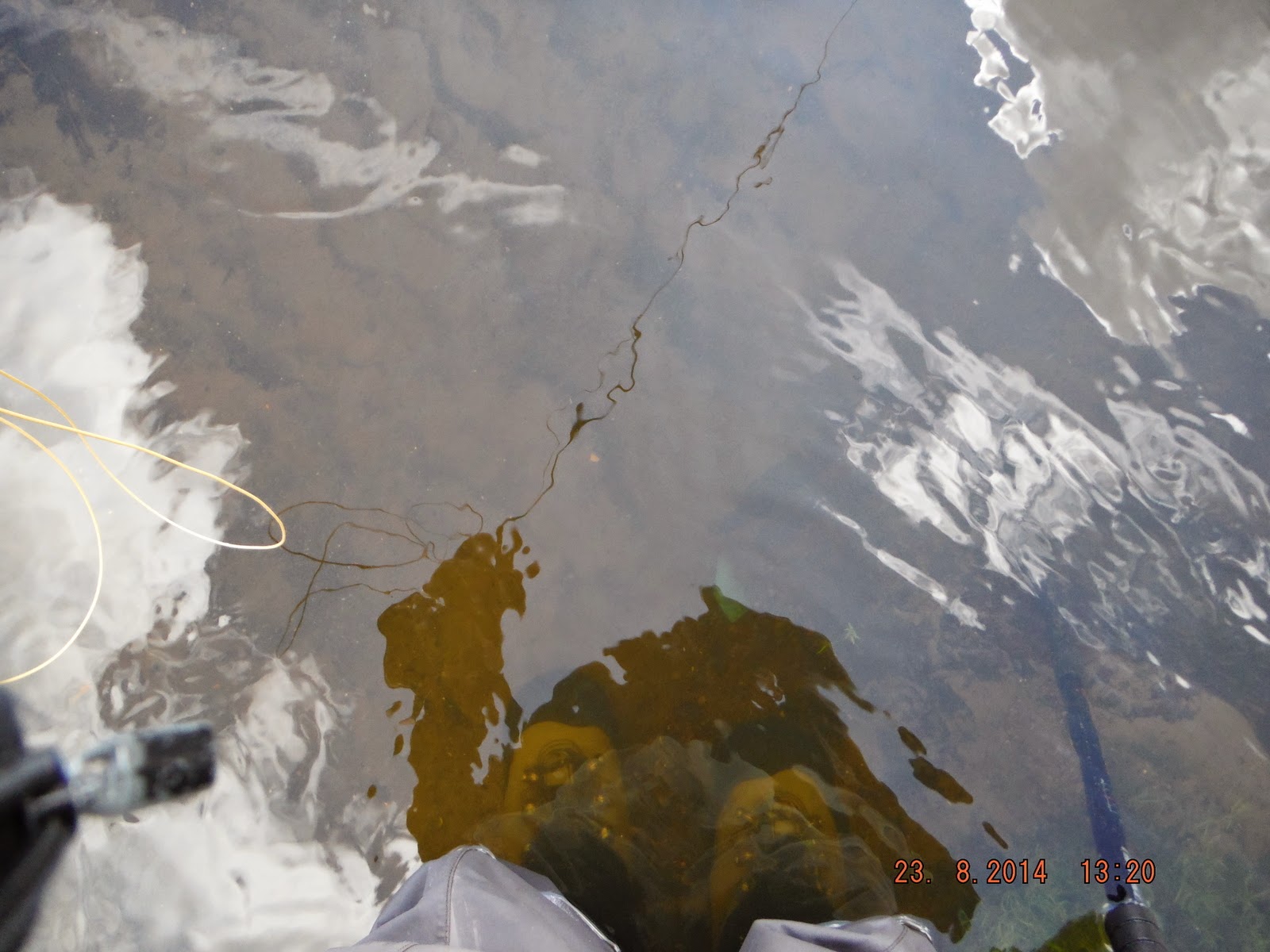 I have said it before that the only way to fly fish the Douglas in standing in the river. 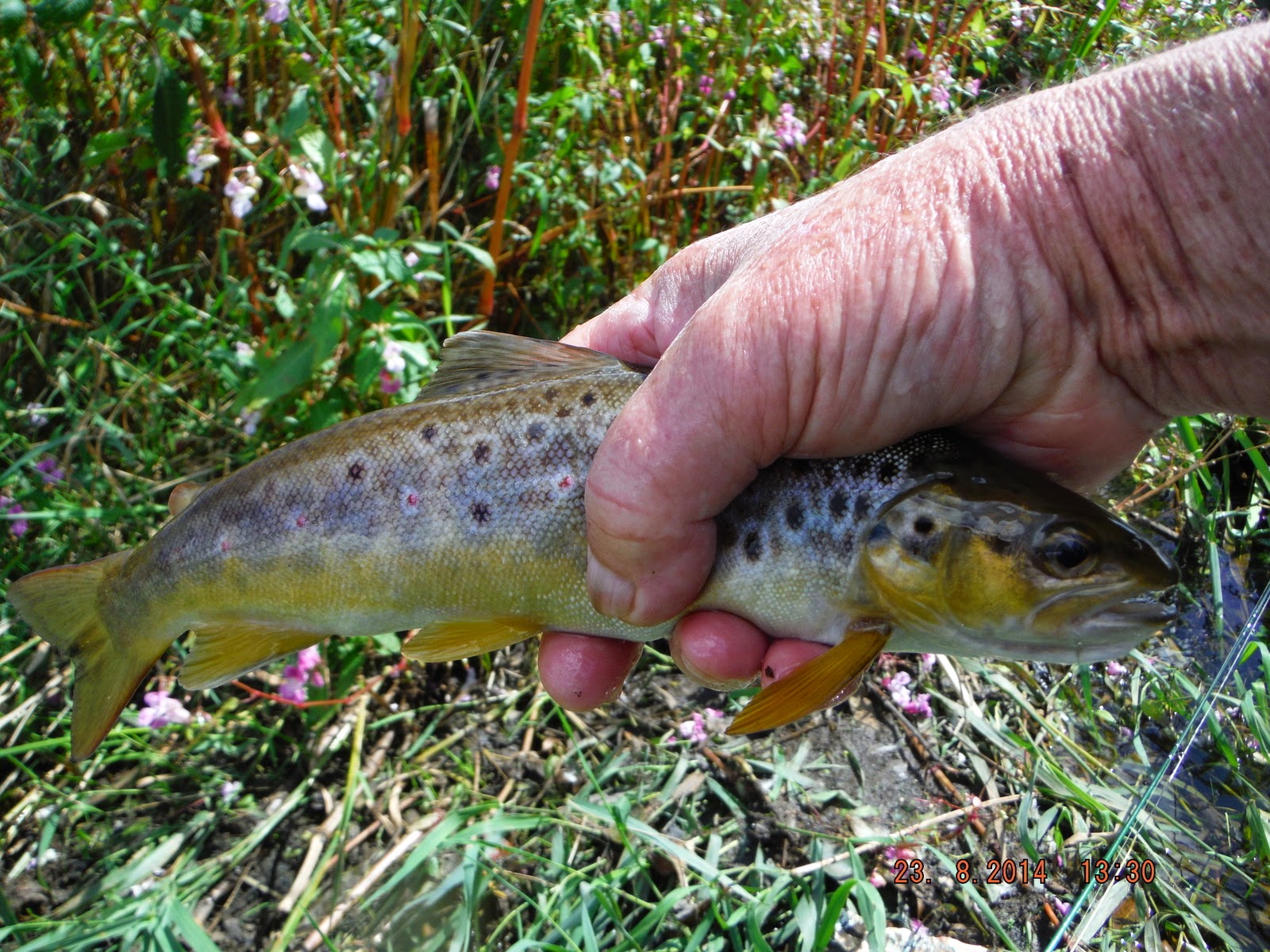 Waded up a little and caught this one, and then hooked and lost another. Getting to be a habit and a bad one at that. 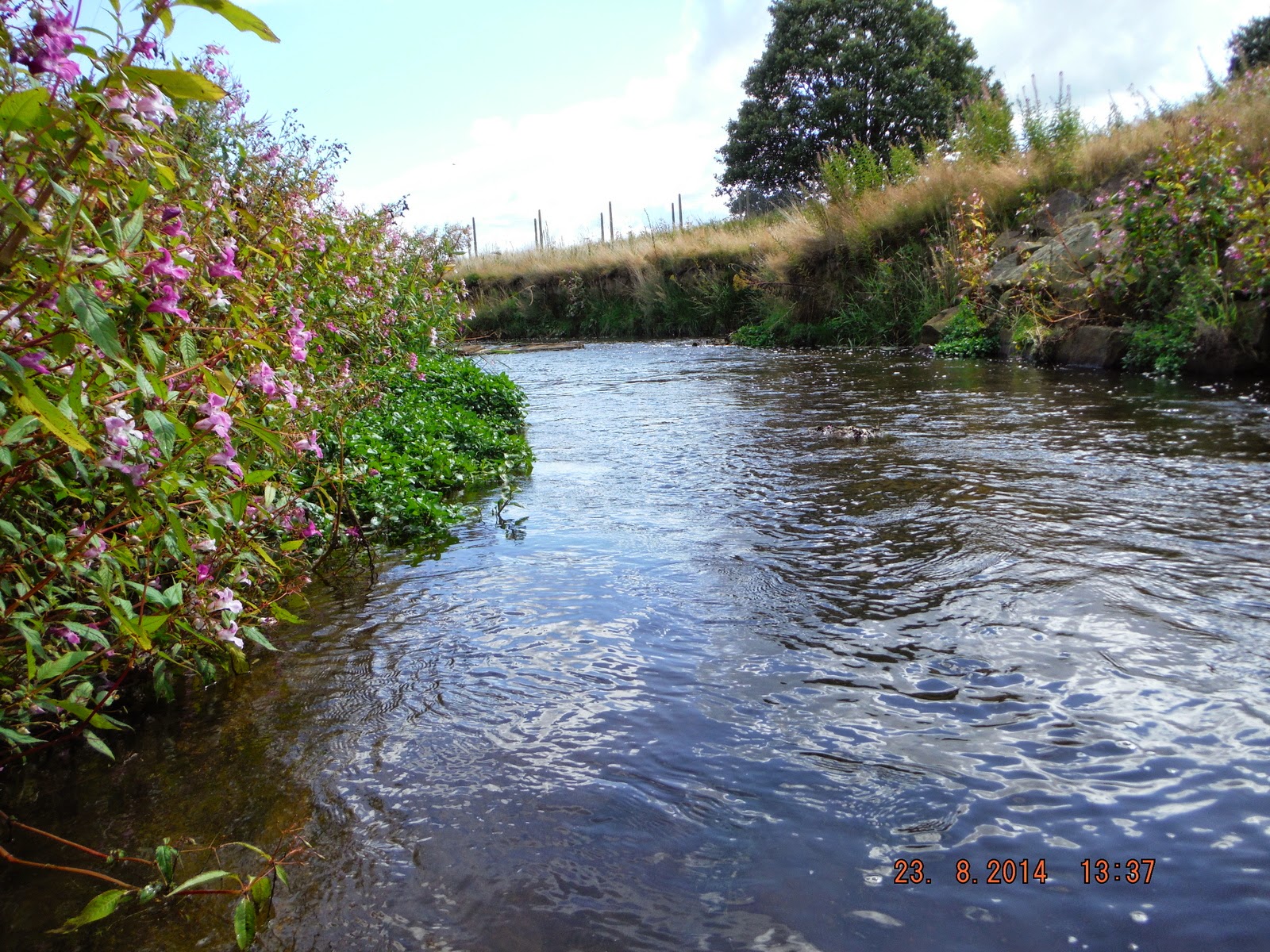 Whilst retrieving my fly from the bank side Balsam, which is a constant job on the Douglas, spotted three large hawks circling. I have no idea what type they are but it is good to see them again. 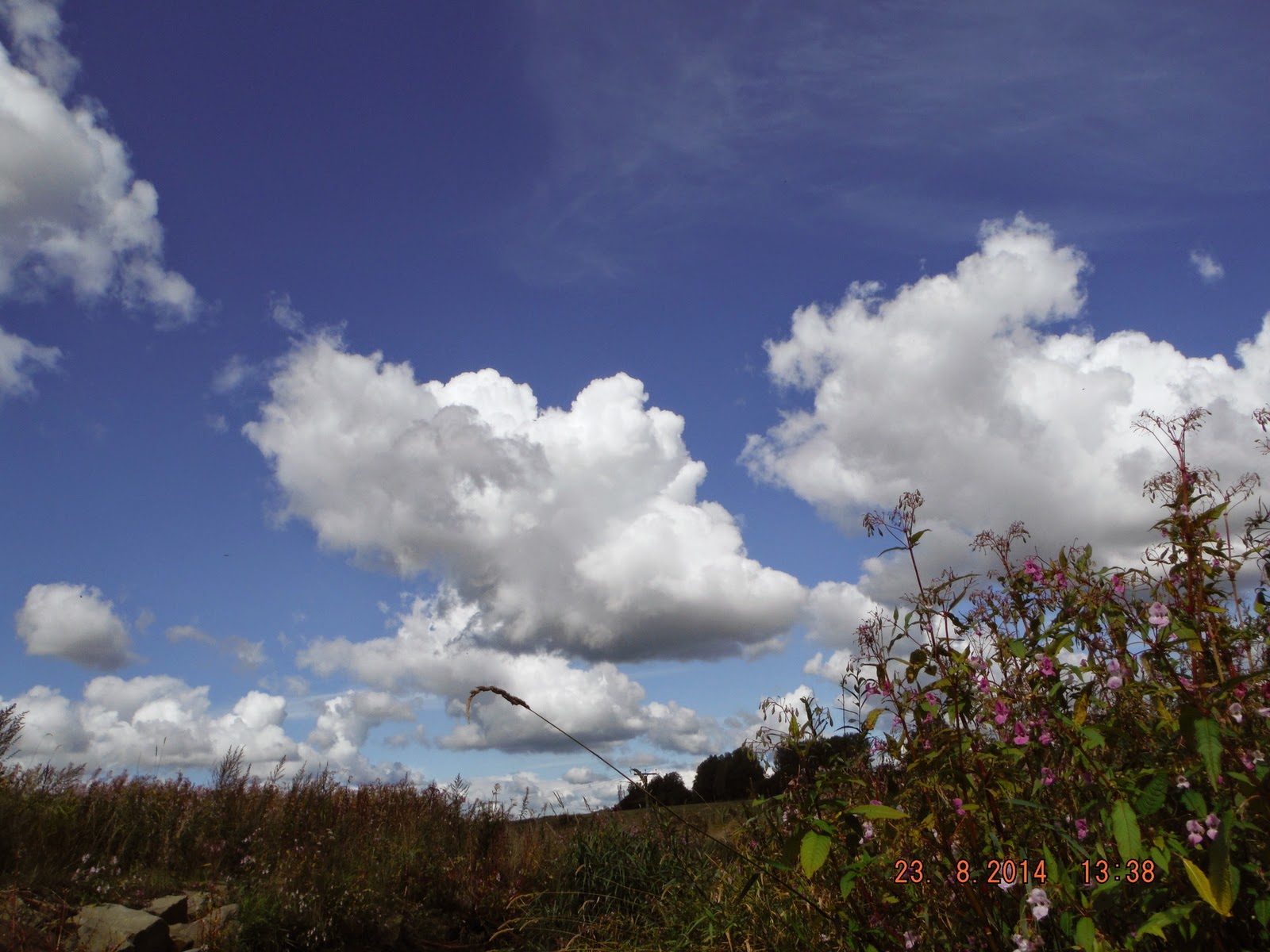 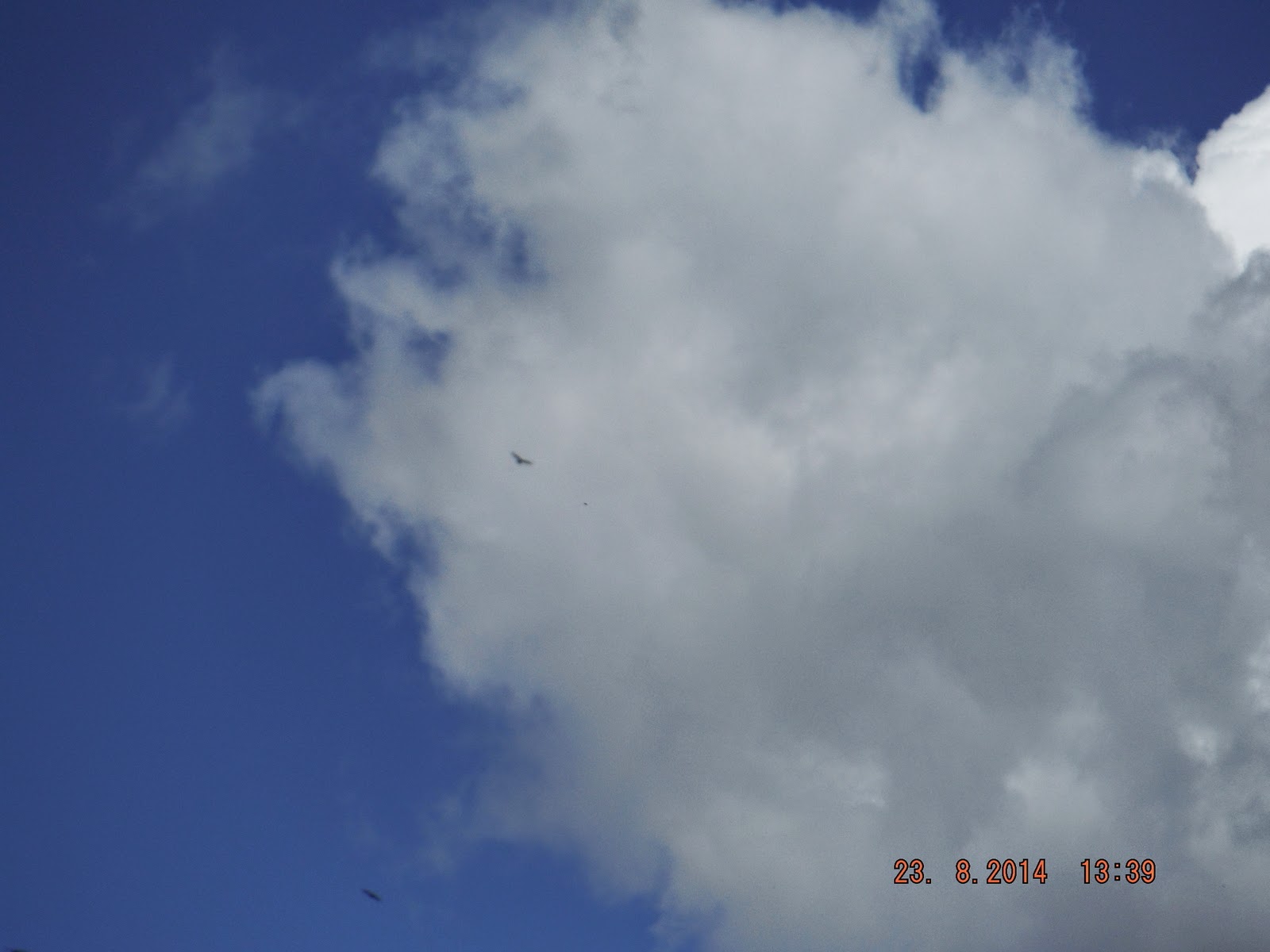 That's two of them. 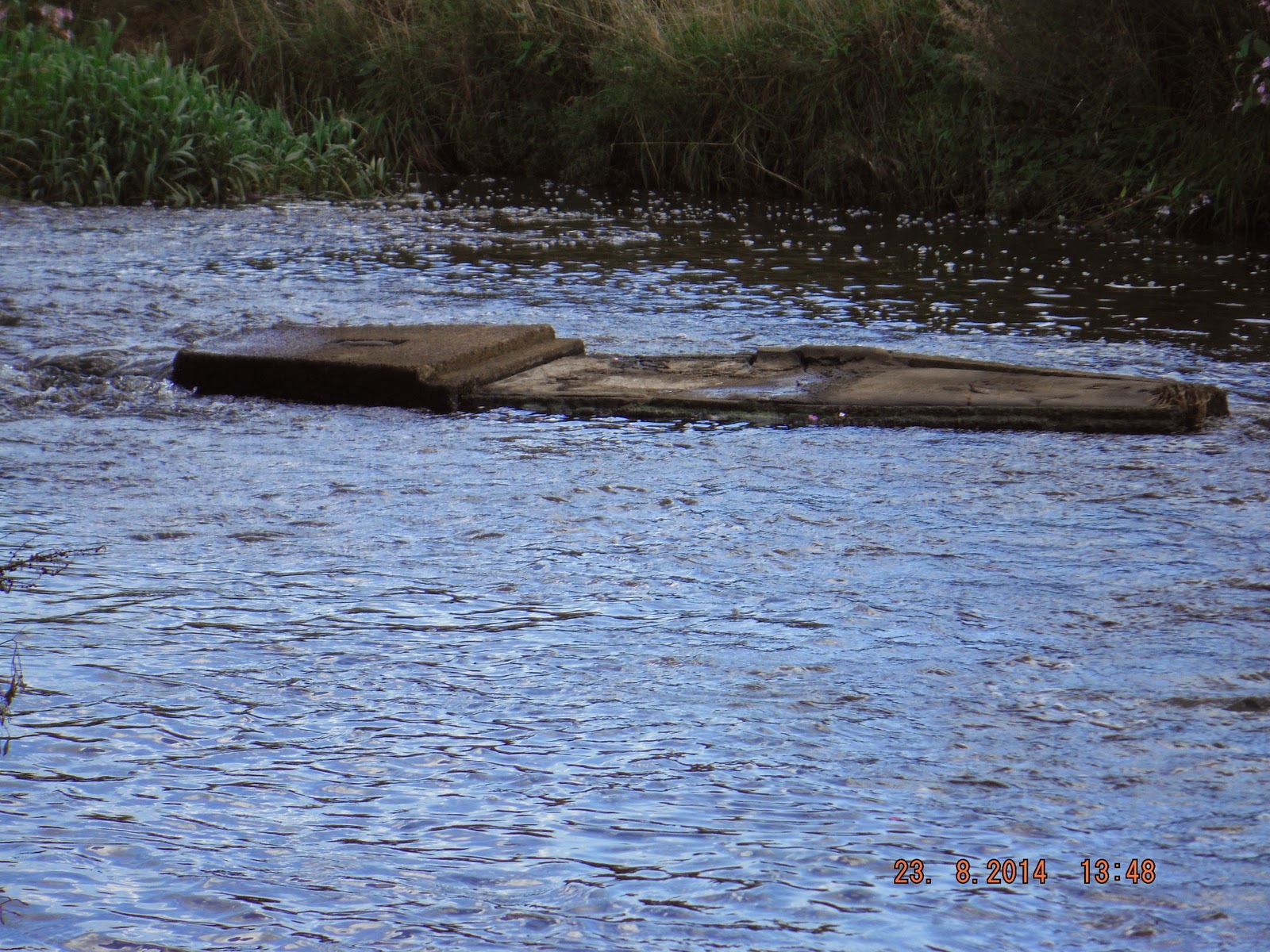 Not sure what it is or how it got into the river. 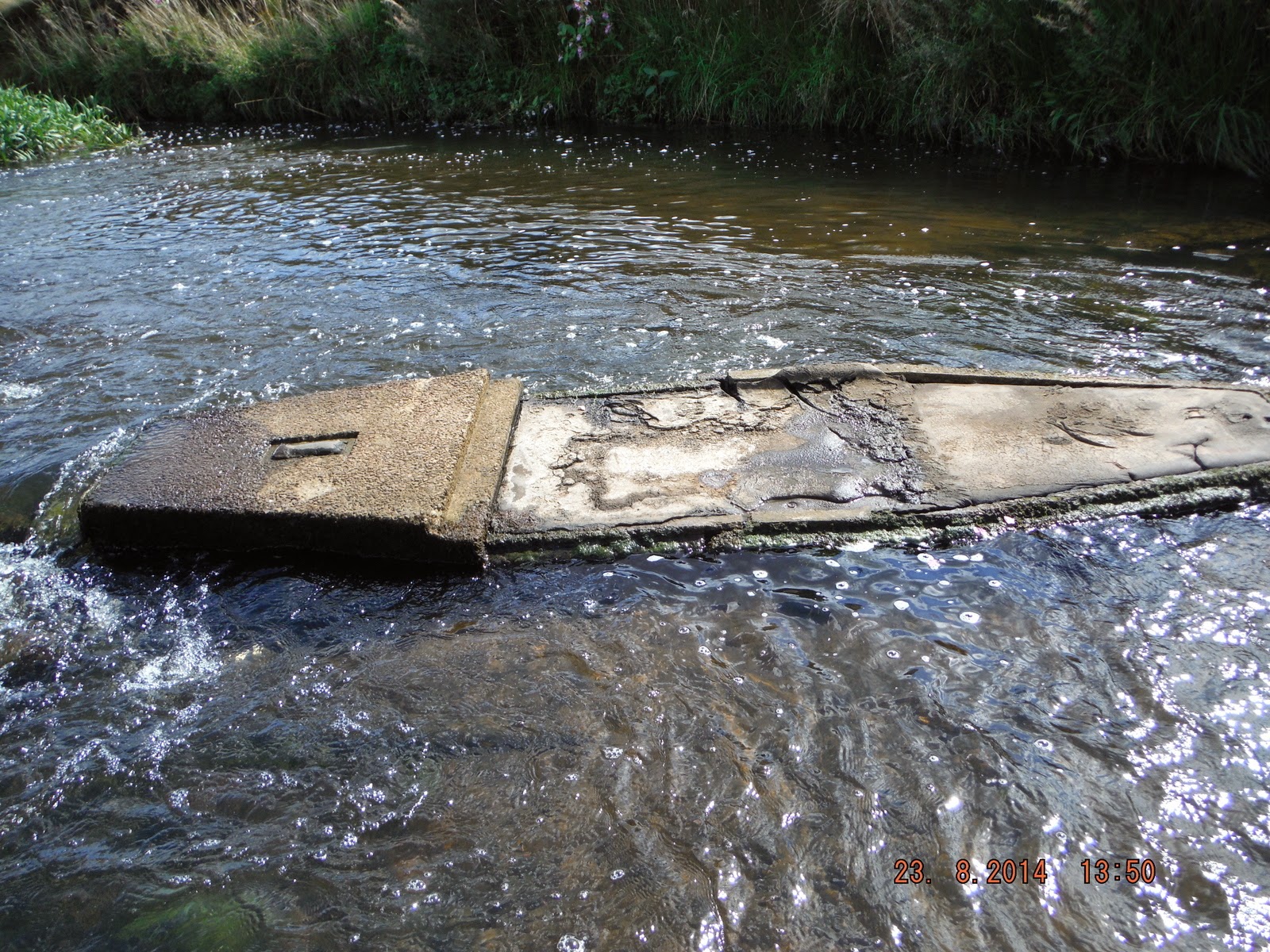 It is definitely not a coffin.

Just above here is a bridge I usually get out of the river and back in above the bridge, decided to wade up and under it for a change, turned out not to be as deep as I had expected. 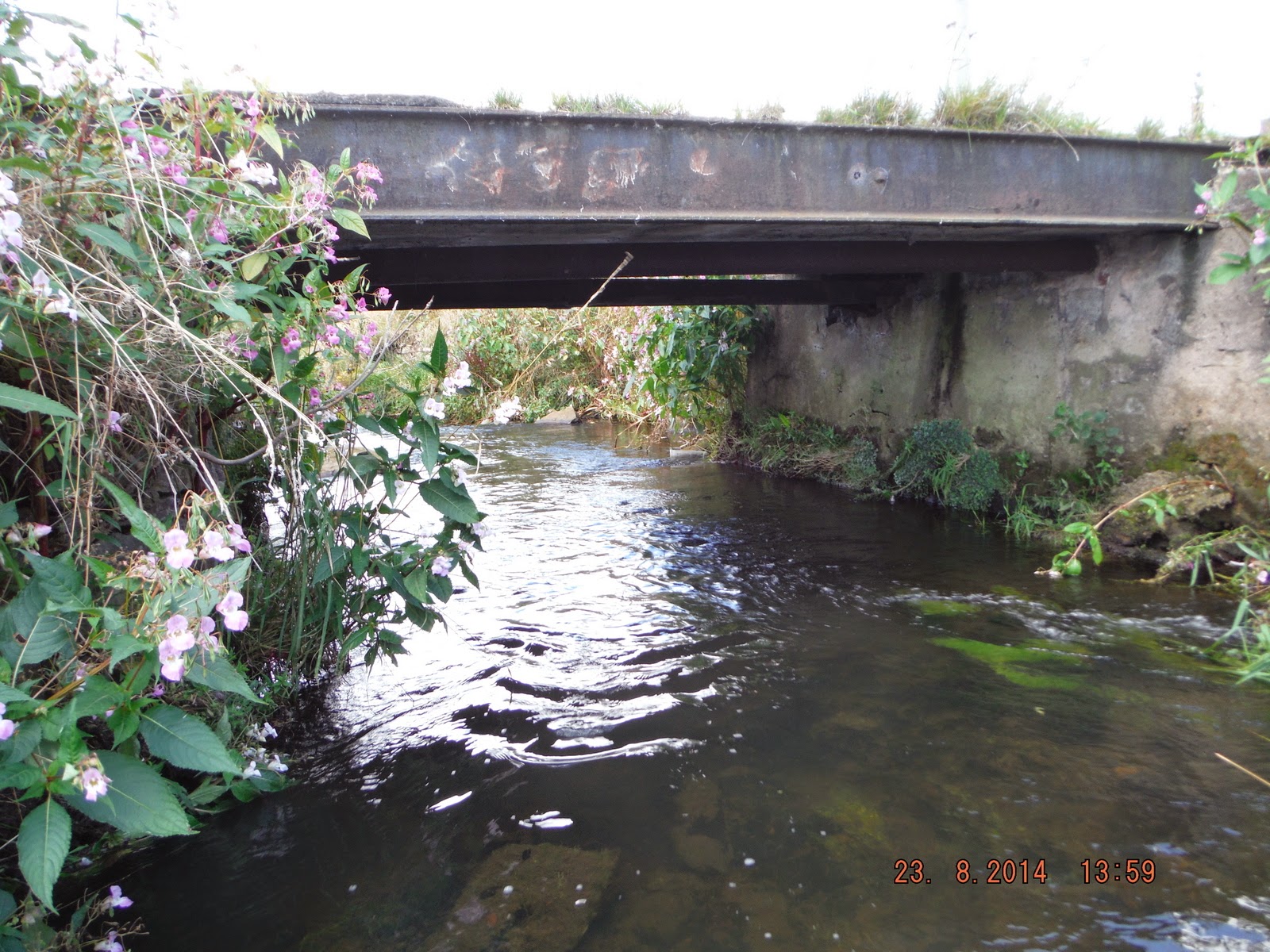 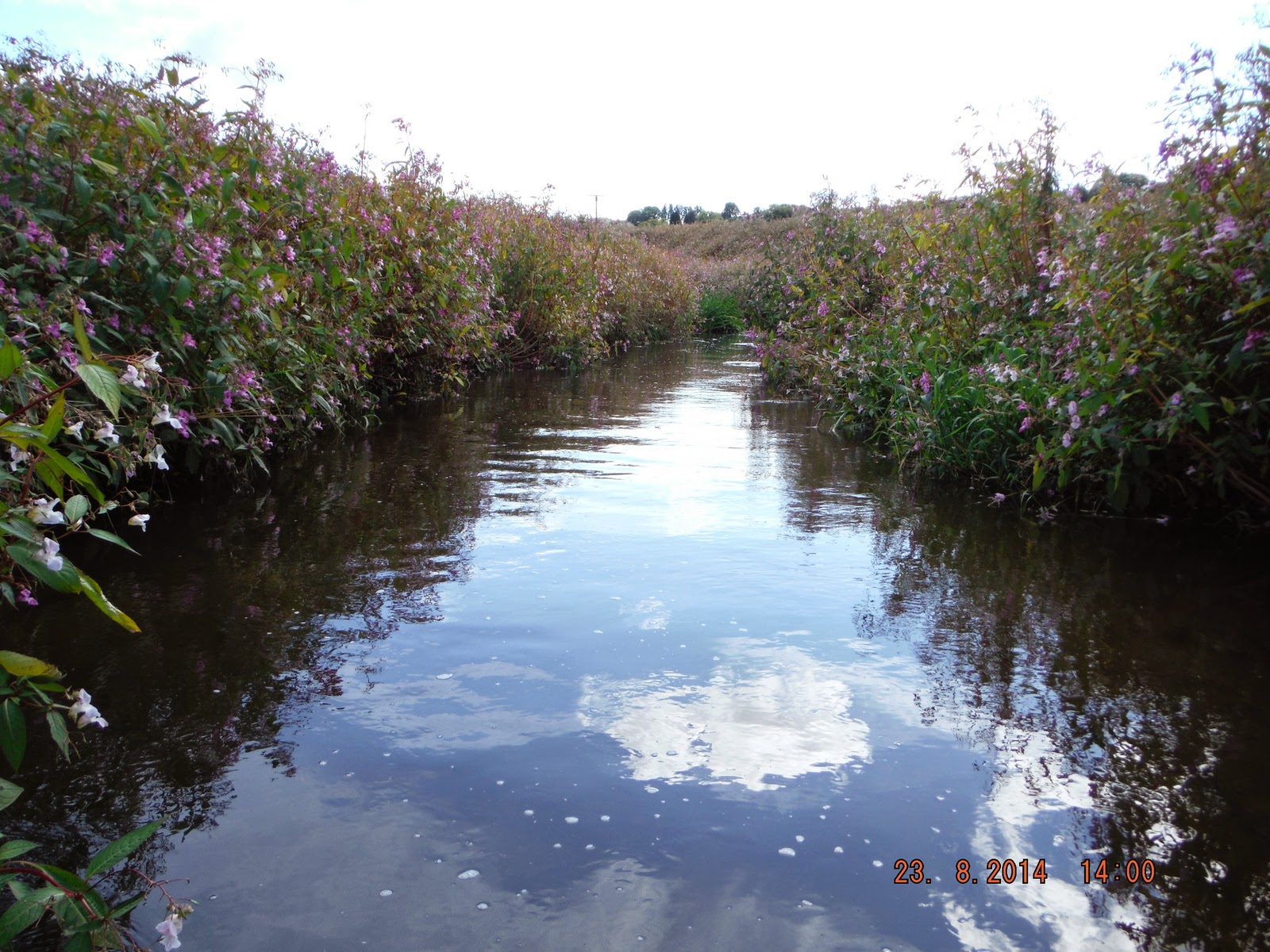 Above the bridge fish on the rise again, although most of the weed had gone there is still some bull rush type stuff which the fish like to be near. Makes it very difficult to present a fly without getting caught up so now I had a problem back and front. 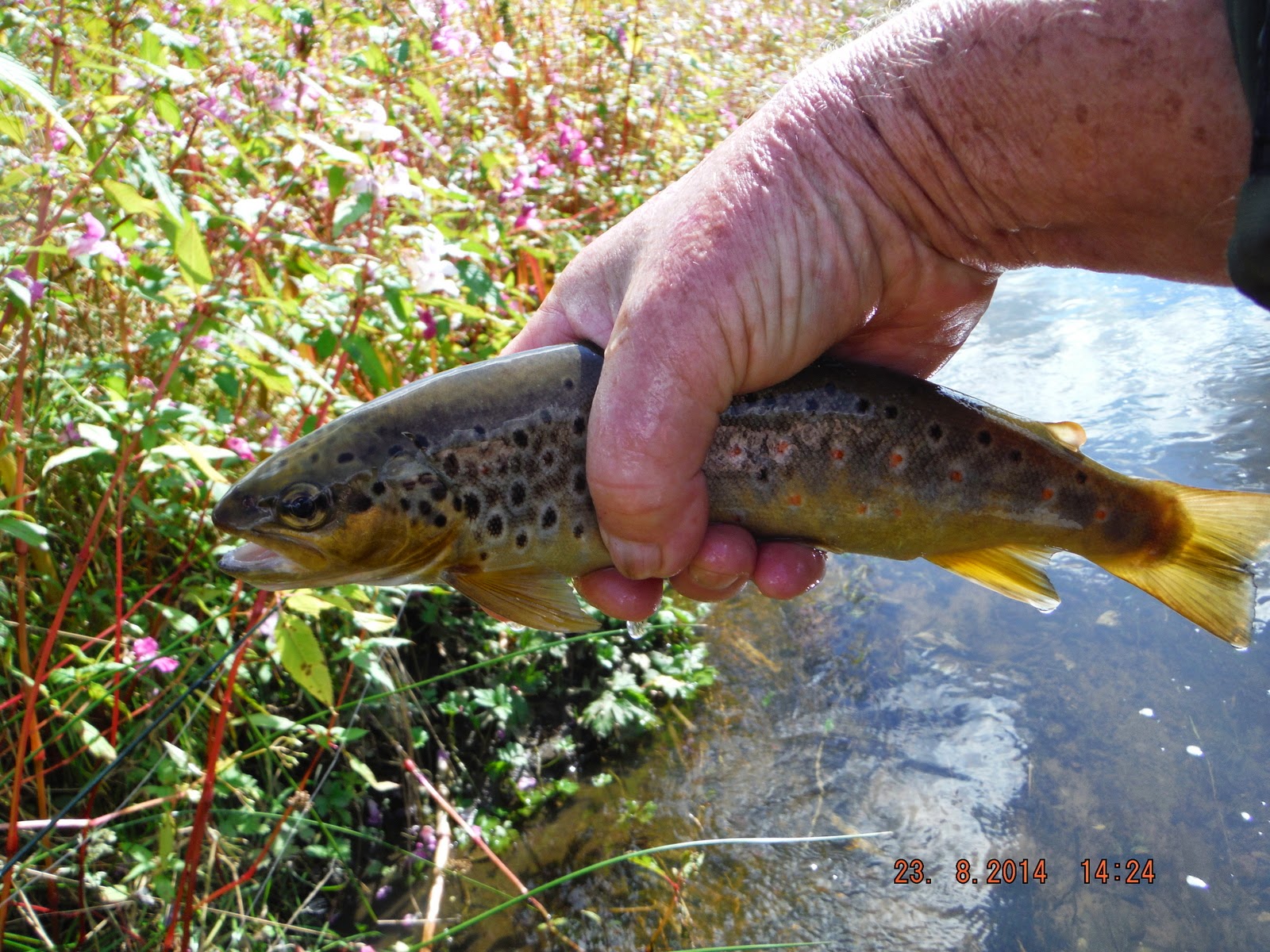 Managed to net this one despite the problems. 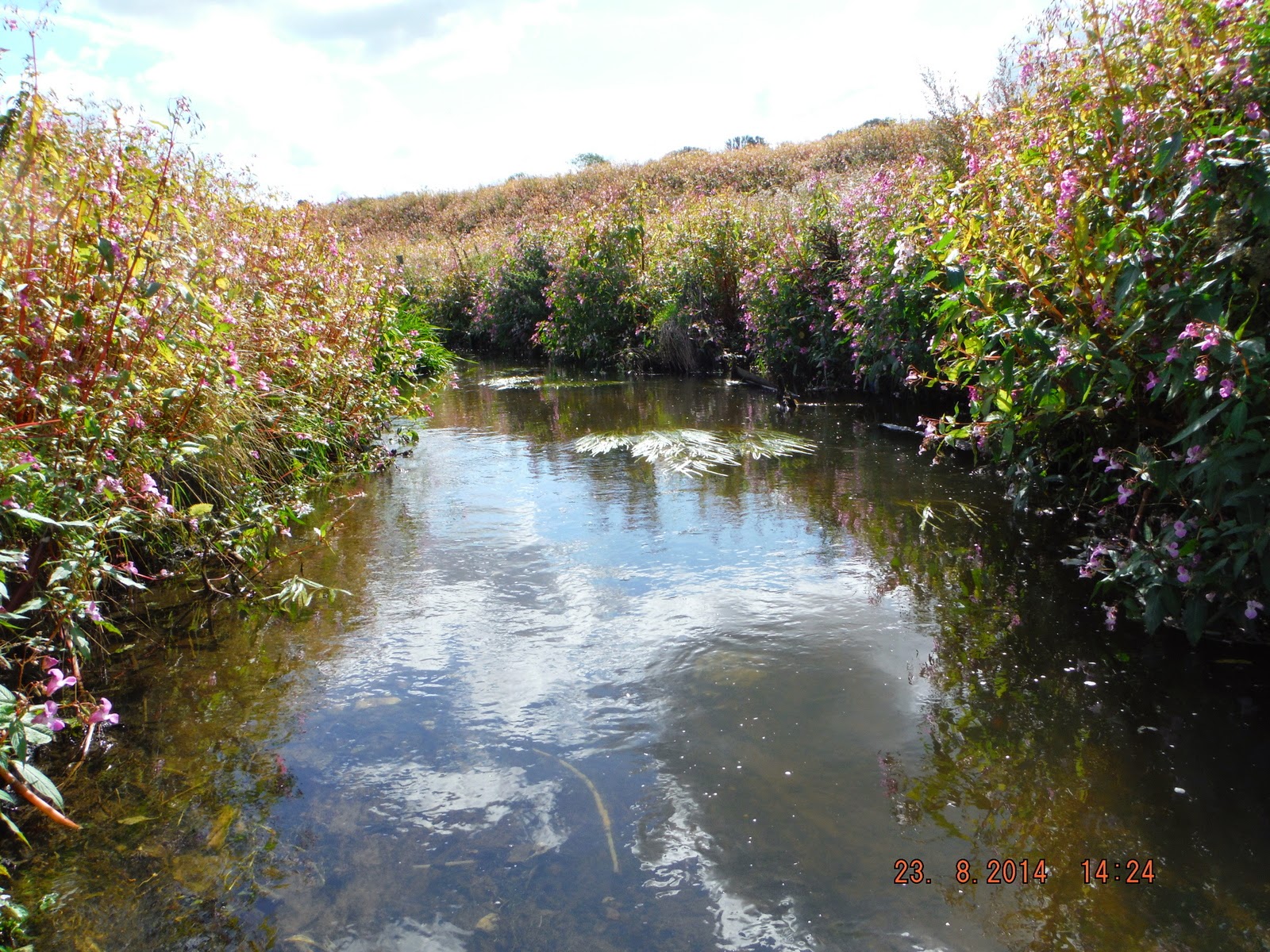 Not easy getting a fly to the fish.
Lost a fly to the sunken piece of wood on the right, did not want to wade up and retrieve it and scare the fish. 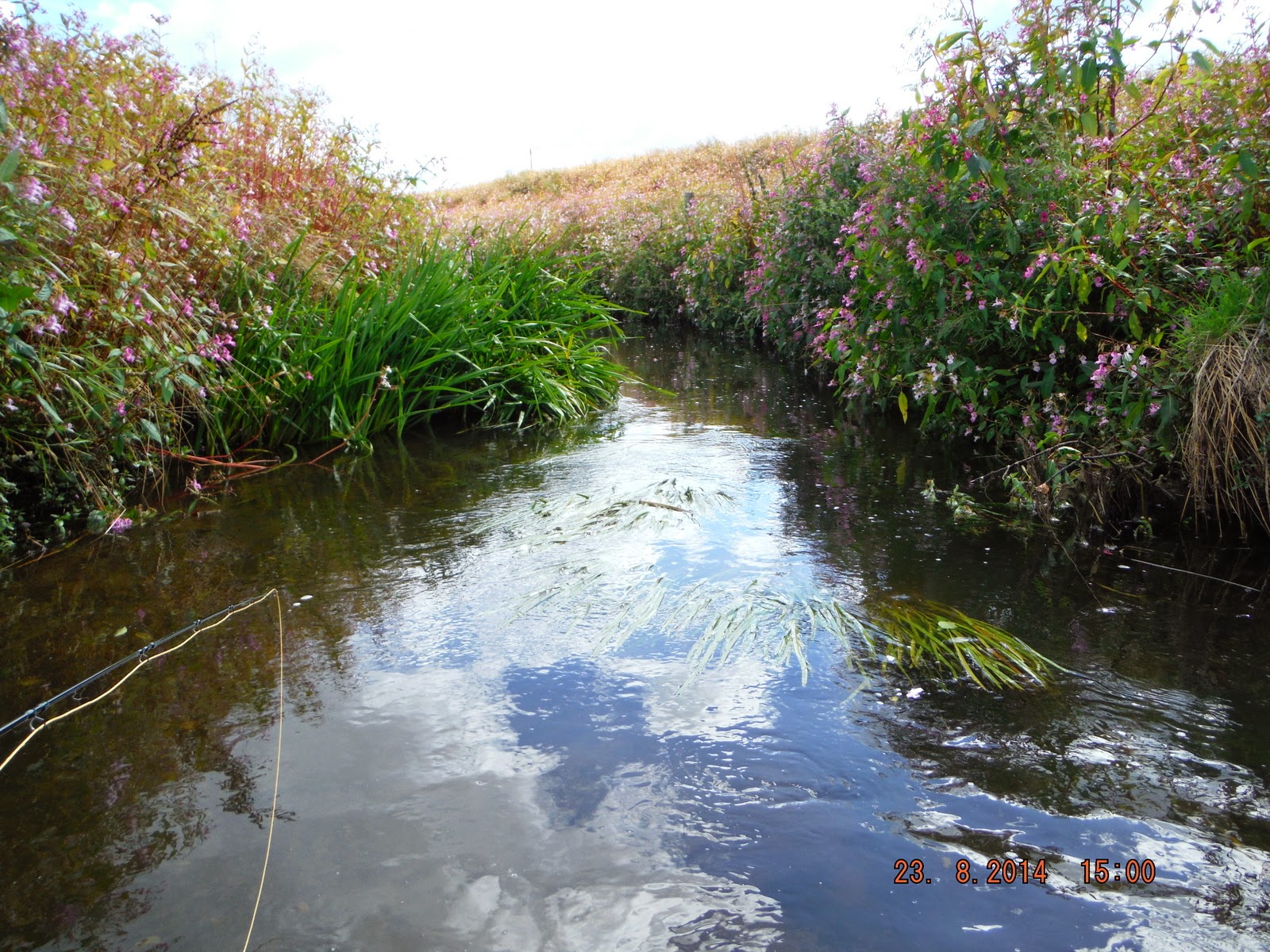 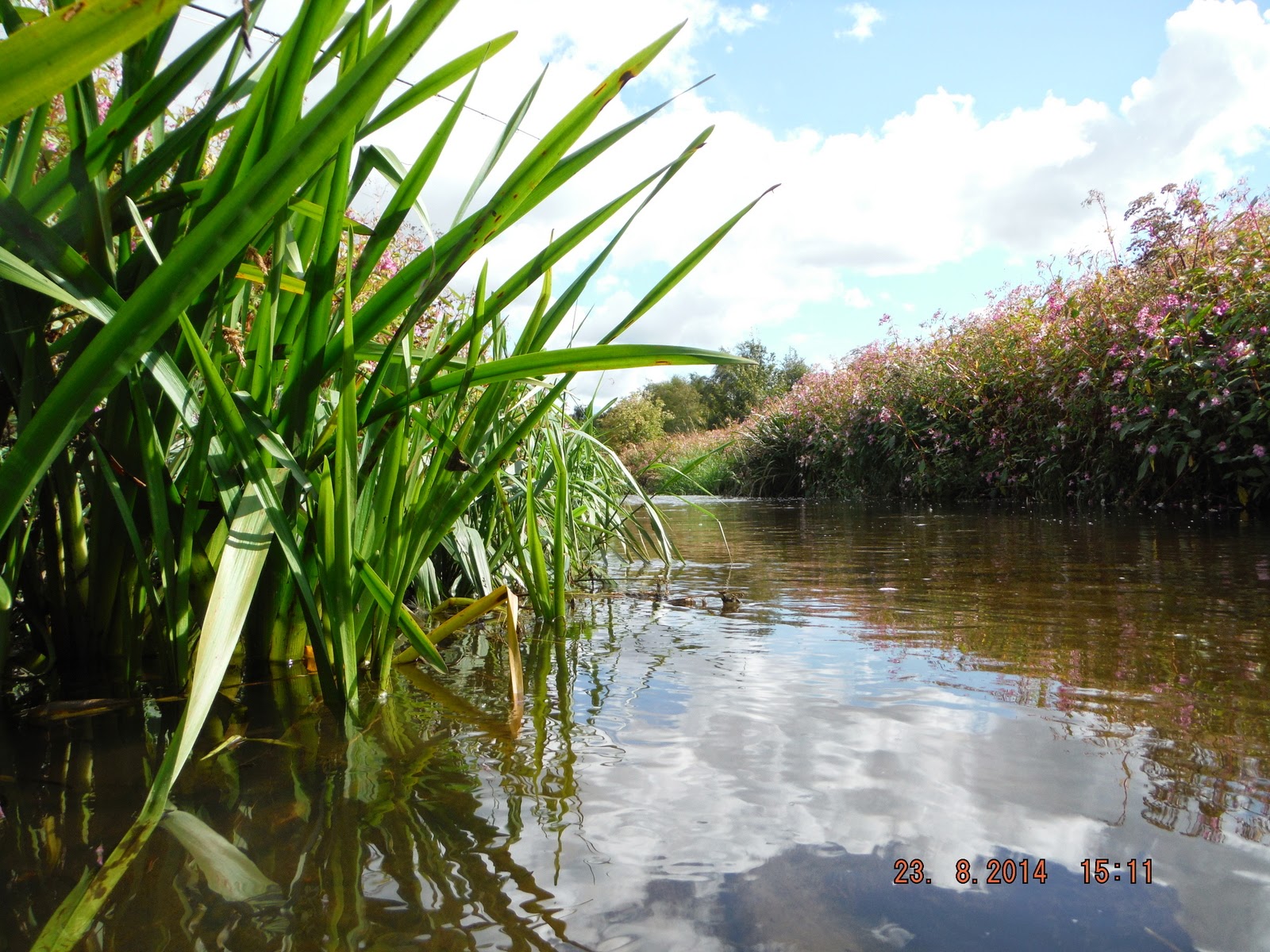 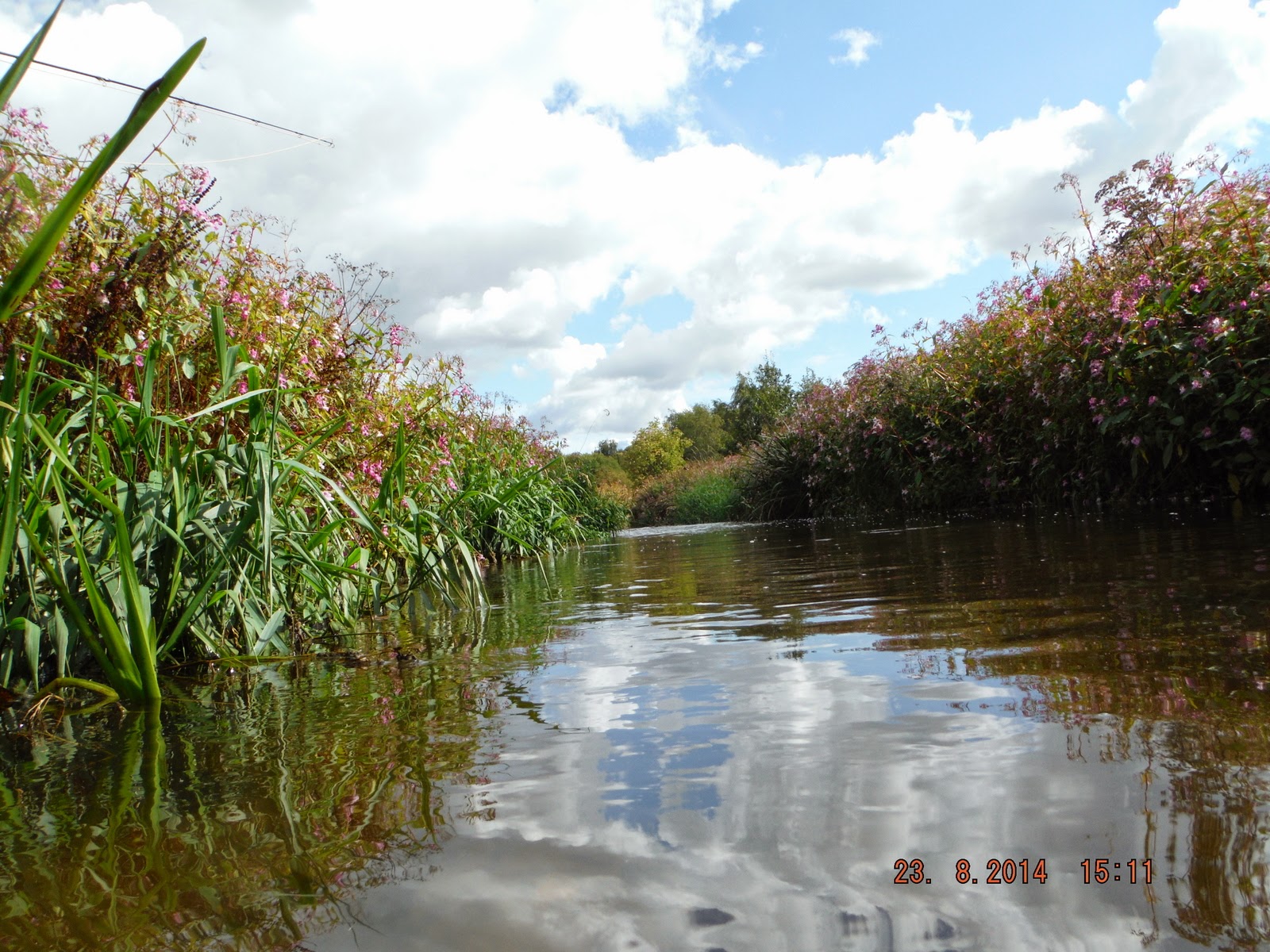 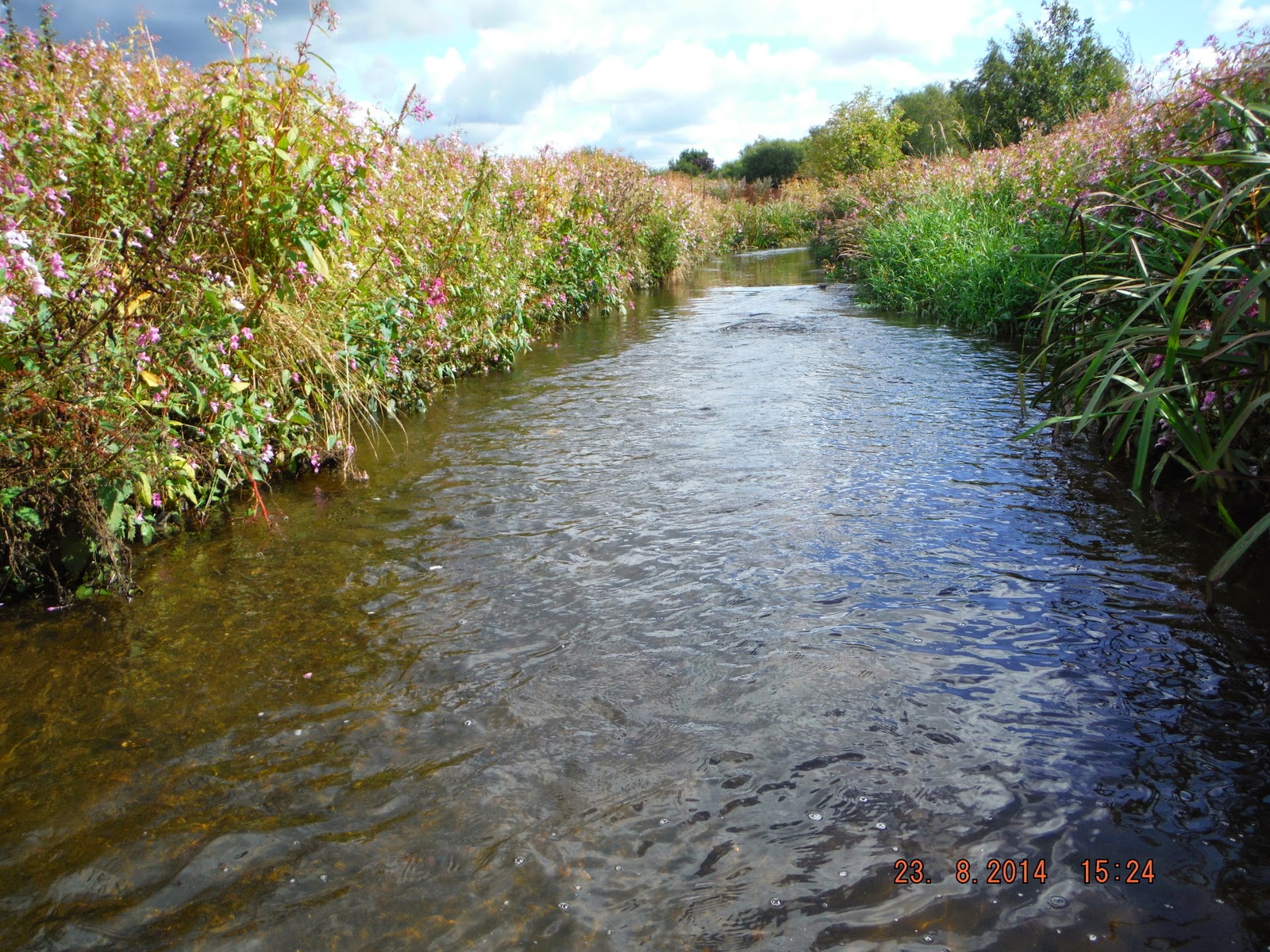 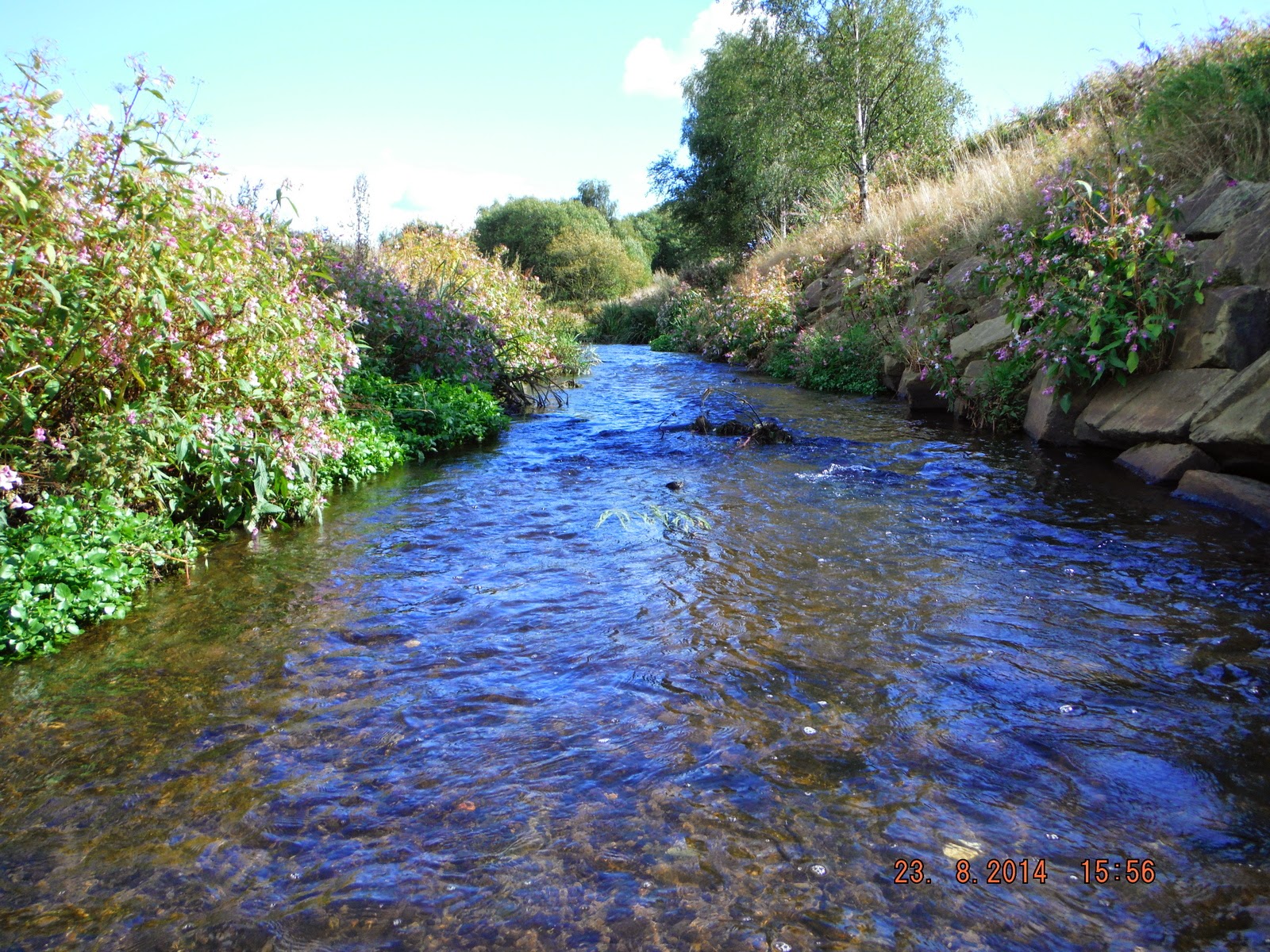 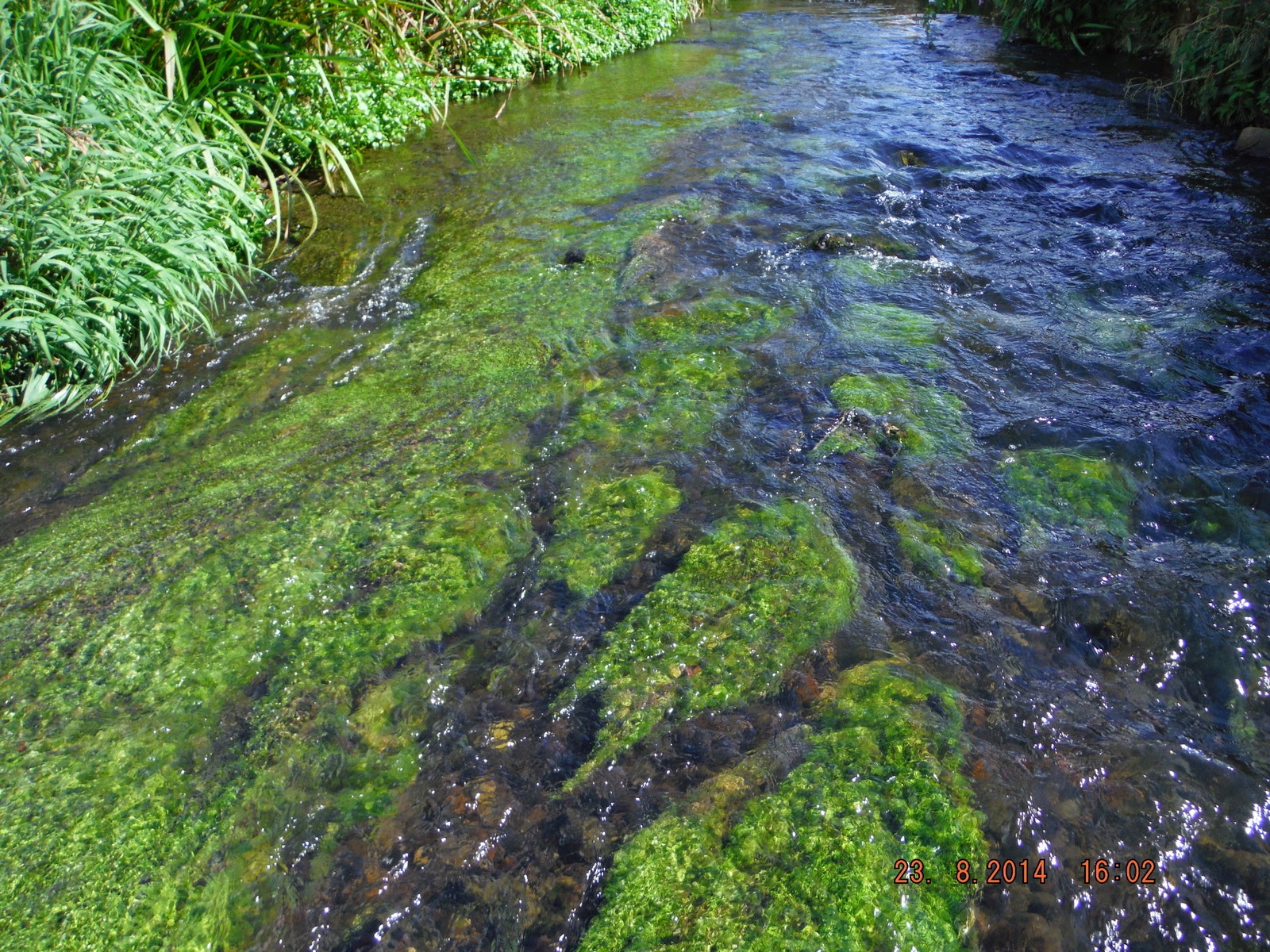 A couple of weeks ago this weed was everywhere in the river, I was worried that there was nowhere left for the fish and for me to fish without getting caught up. I don't know why it has died back so soon but I am glad that it has.

I did not catch as many fish as yesterday but the ones that I did were better fish by far.
Although  the Douglas is hard work and snag ridden fishing it is well worth it, as long as I do not fall over which I am bound to do one of these days.
Posted by Flyfishing the Irwell and other streams at Saturday, August 23, 2014