The Douglas river and valley like all the rivers and setting that I fish, having at least two views. 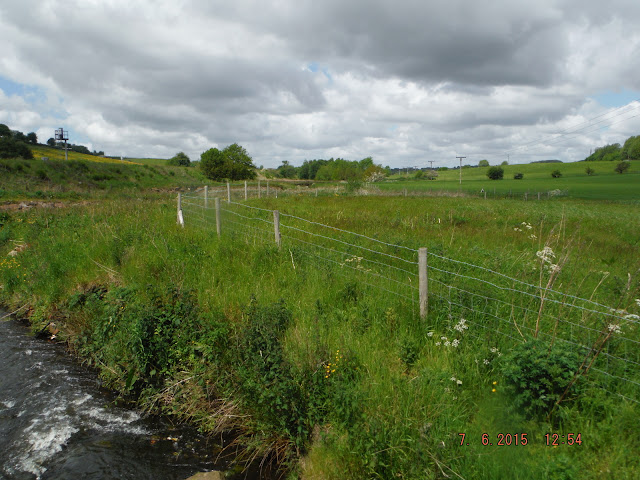 Looking down river, apart from the rail line, it looks very rural, what you can not see is the motorway which is a couple of hundred yards to the right. 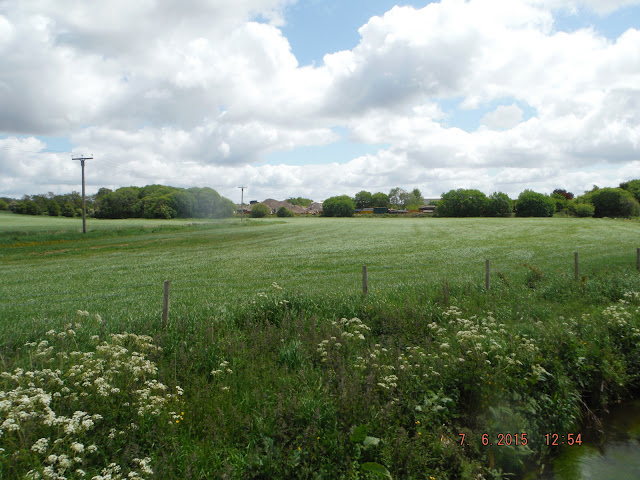 Looking up river on the horizon we have sewage farm, a large recycling centre, which is really a rubbish dump and a industrial complex.

Doesn't seem to both the trout, thank goodness.

Sunny with some large white clouds and that cold blustery wind again.
7 foot 3 weight with a Blue Winged Olive.

Walked a good way down river from the footbridge, slipped into the river and started back up. Nothing rising at first I just put the fly into the gaps in the weed of which ther are not that many. 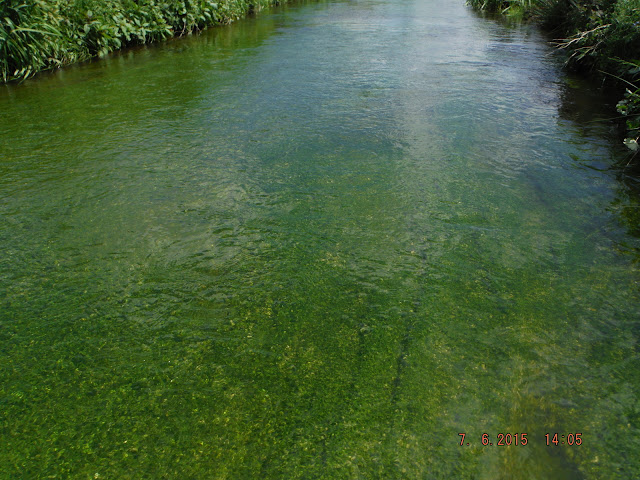 This is the Starwort at it's worst or best, wasn't as bad as this everywhere. You can imagine the problem when a fish dives into it. which is what happened when I hooked the one below. 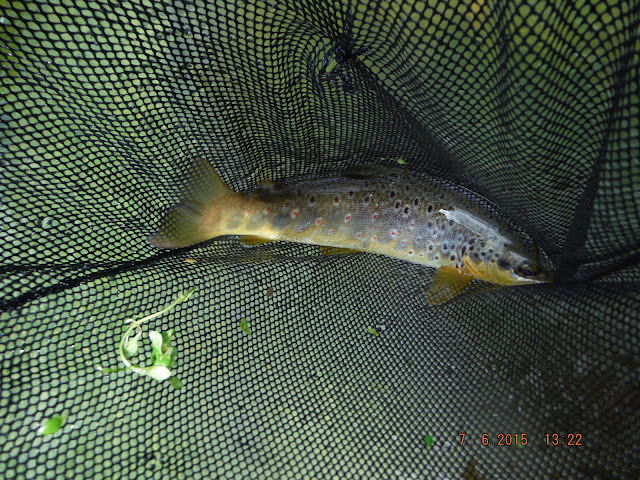 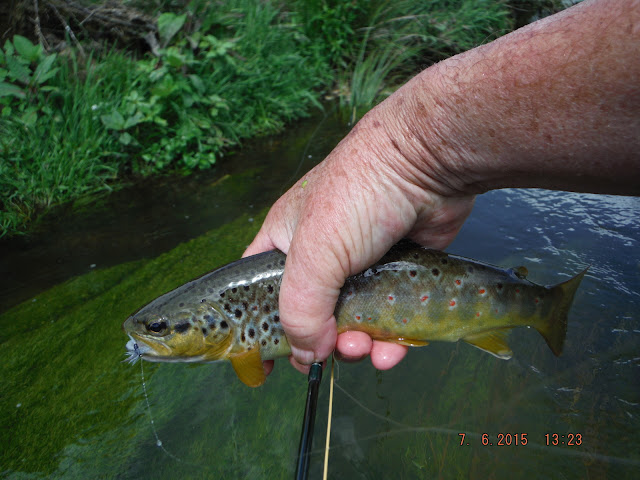 I had to wade up and tickle out of the weed. 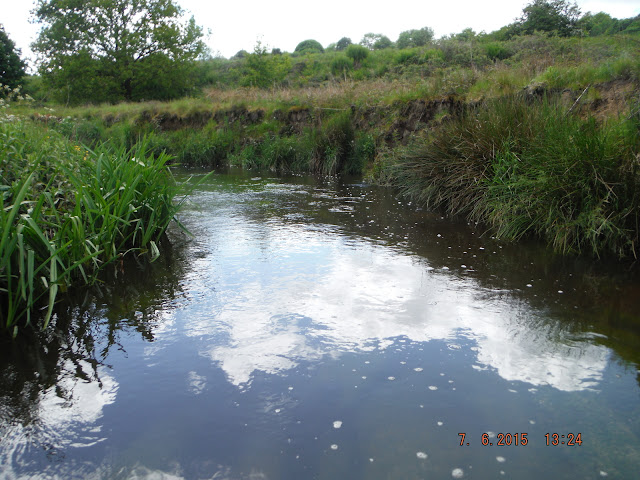 With the high banks I could not feel the wind too much, but that did not stop it blowing my line and fly all over the place. Spent quite some time wading back to retrieve my fly from the bank side growth. 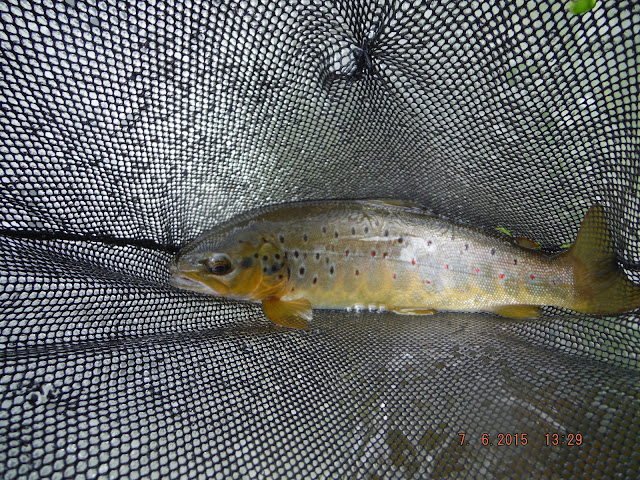 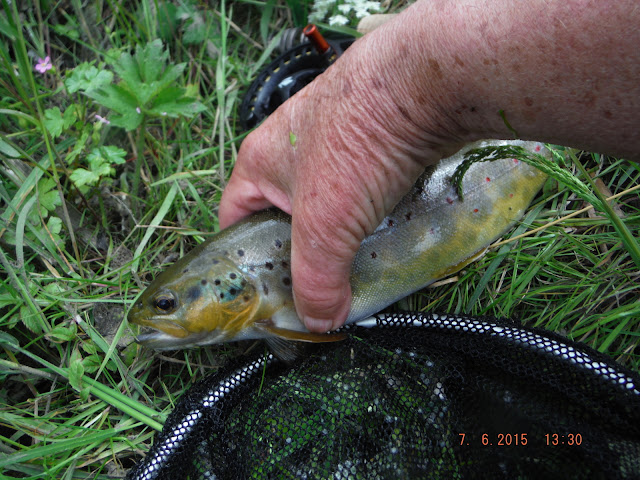 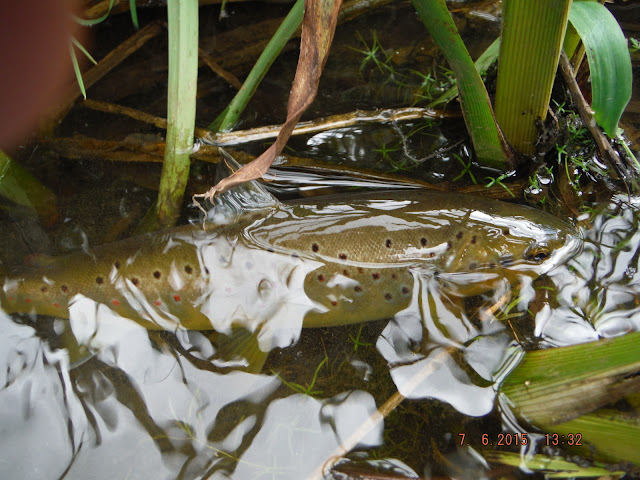 Very pleased with this one, saw it rise in a small gap in the weed  and hooked it second cast. Not quite as big as the first two. 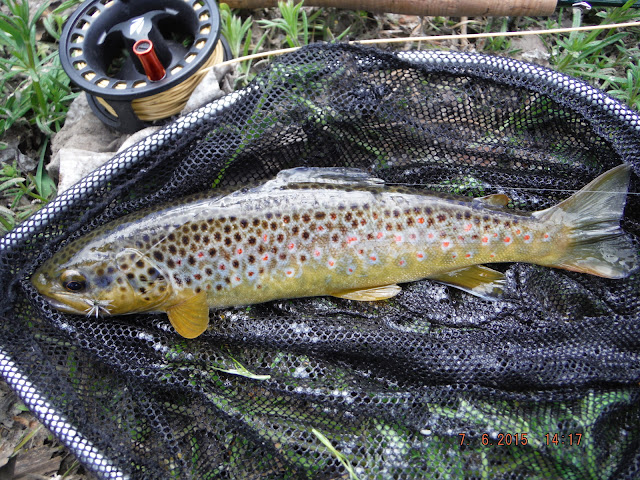 This one is a real beauty, just look at those spots. 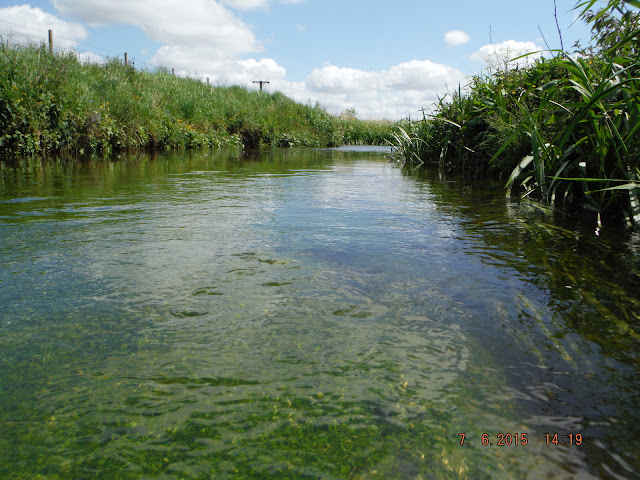 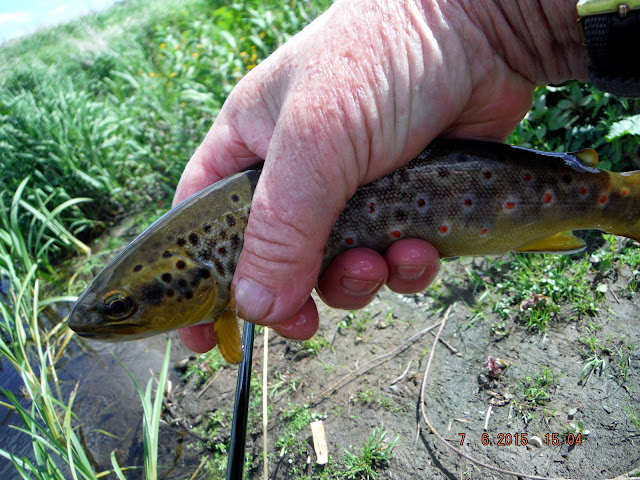 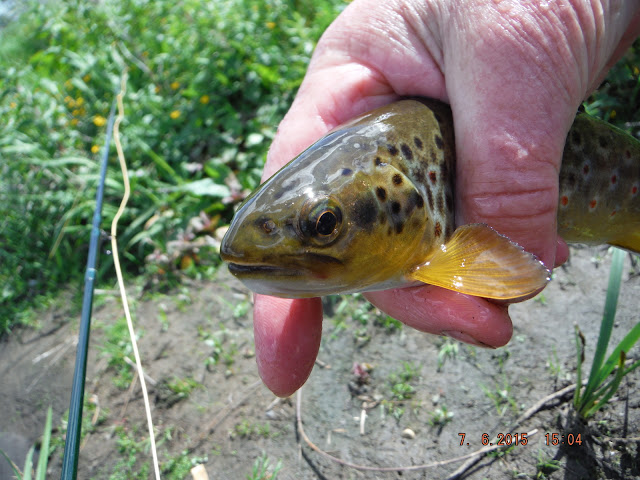 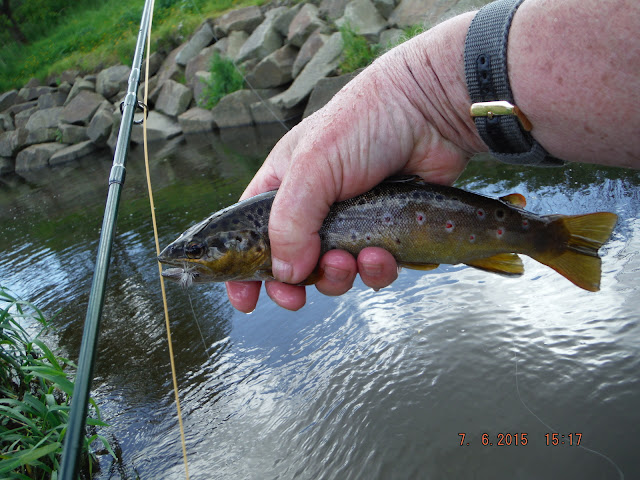 Not the last, but the rest were small and put back as quick as possible.

Strange today, I caught the best fish in places that I don't usually catch much and my favourite spots produced the small ones, not complaining though.

Found that I had a leak in the right leg of my waders. When I got home I filled the leg with water and found that it was the front seam that was the problem. Don't understand why as the seam is taped and the tape looks OK. Never mind I will apply some Aquasure along the seam that should sort it.

Posted by Flyfishing the Irwell and other streams at Sunday, June 07, 2015