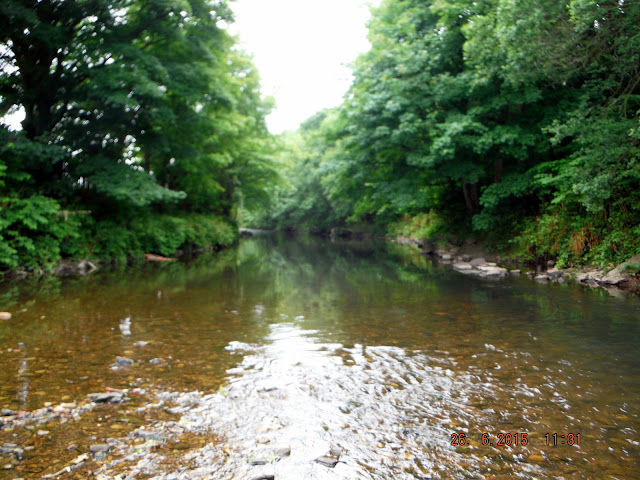 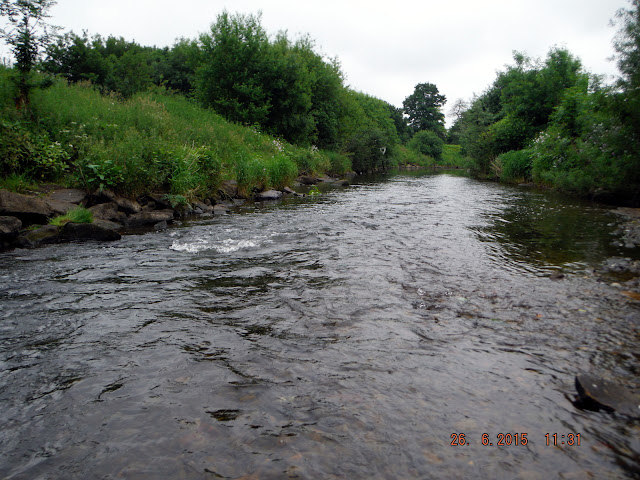 I was surprised to find that I had not fished this piece of the river since April last year. Why I stopped going there I can't remember, it used to be one of my regular haunts. It can be a problem to fish when the river is up, which it wasn't today. Nice and dull again with a forecast of rain, which did come but not enough to change the river.

Fished a Peasant tail nymph down stream and was soon into a fish. 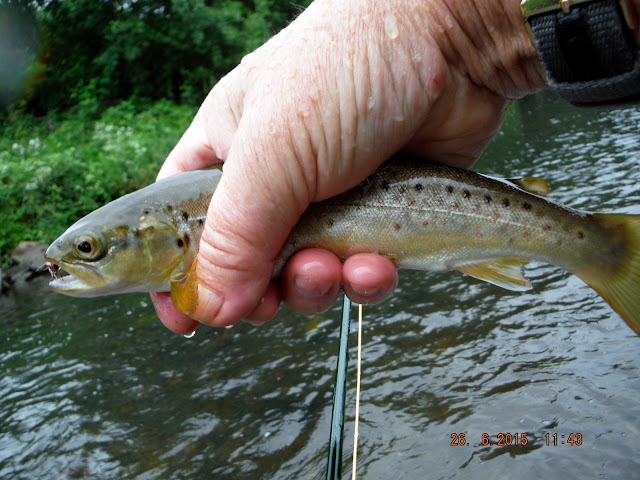 Not monsters but better than the average Bradshaw Brook fish. 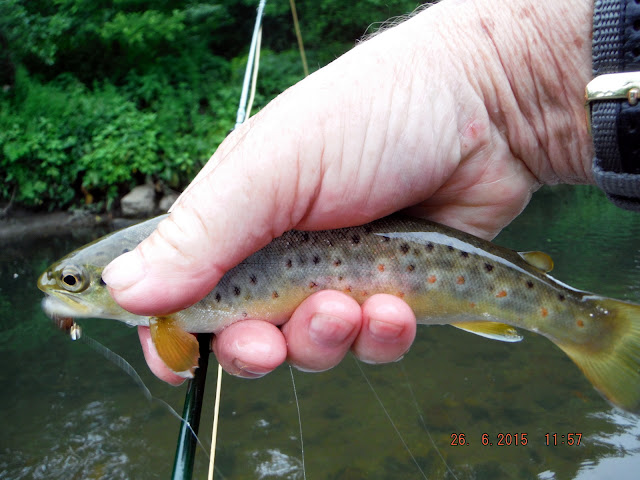 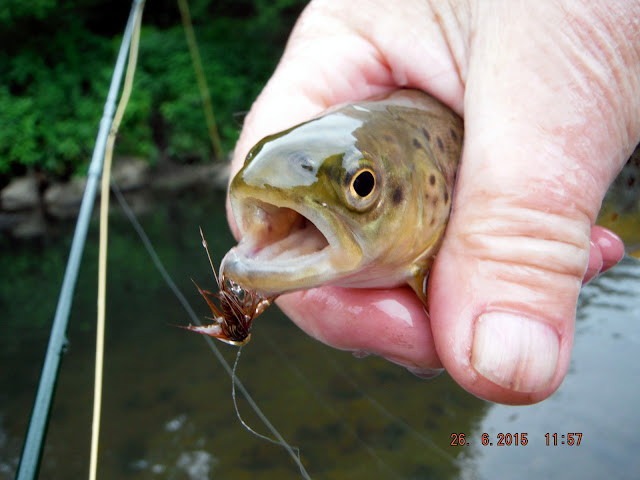 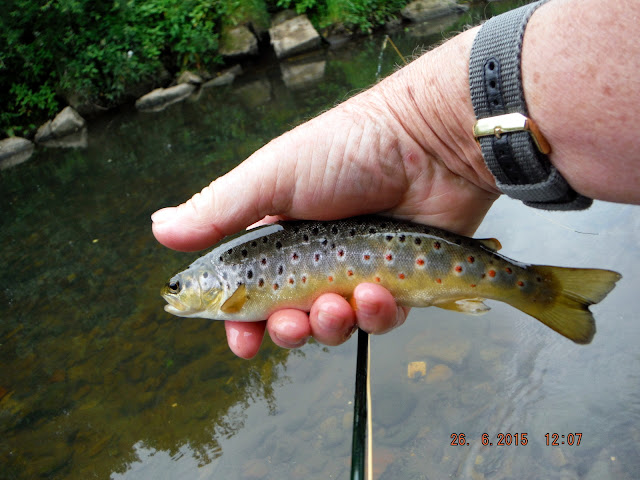 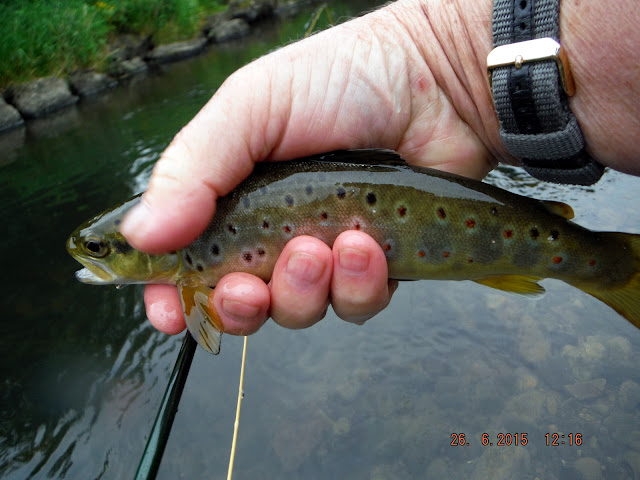 All had much better colour than the silver ones that I have been catching further down the river. 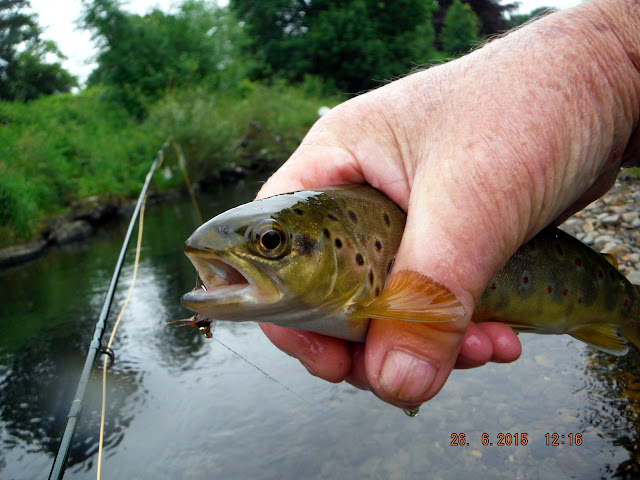 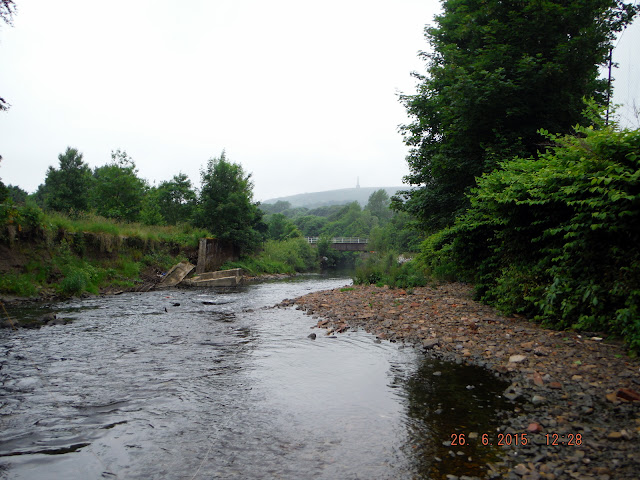 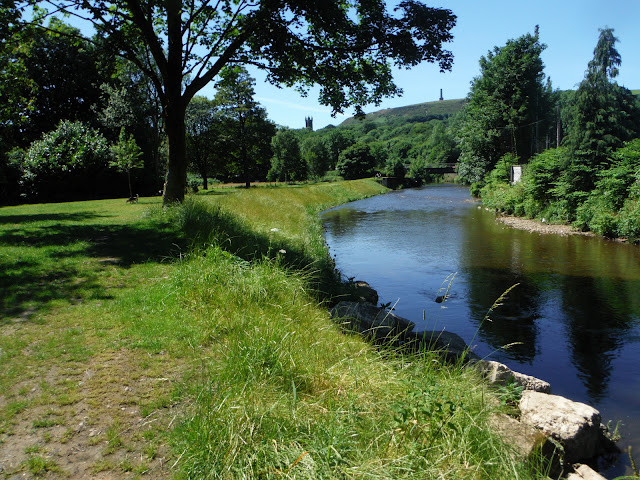 What a change this is how the same bit of river, above, looks today, 2 years and a couple of days later. The floods caused lots of damage and tha Envirement Agency ordered the repair and what a great job was done. 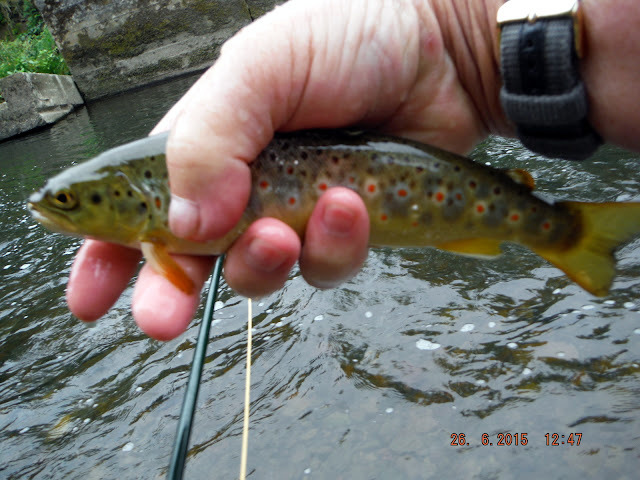 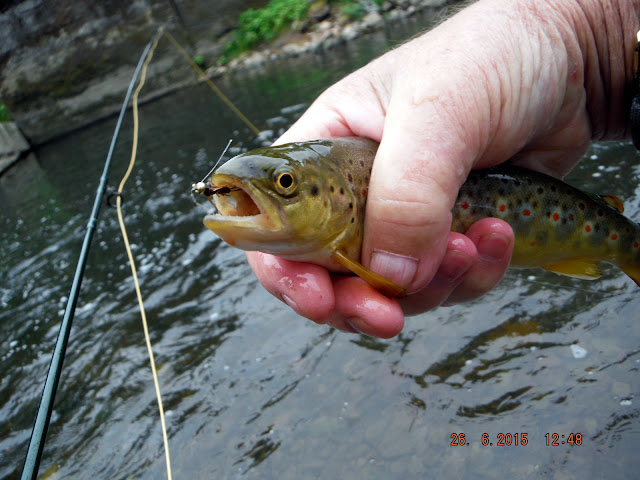 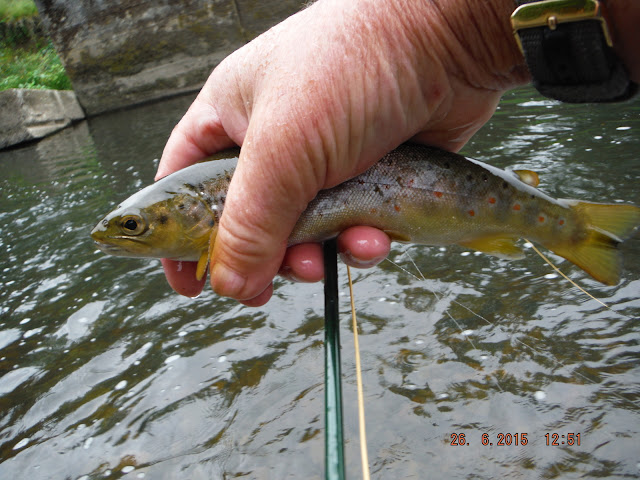 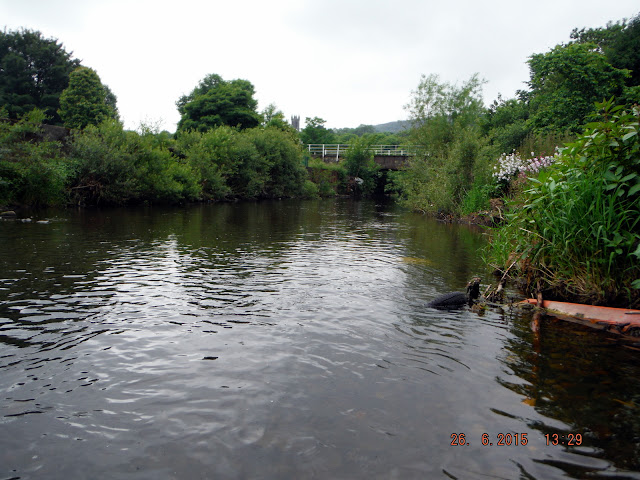 Once I was down to the rail bridge I changed to dry Adams and started back up, missed a couple, 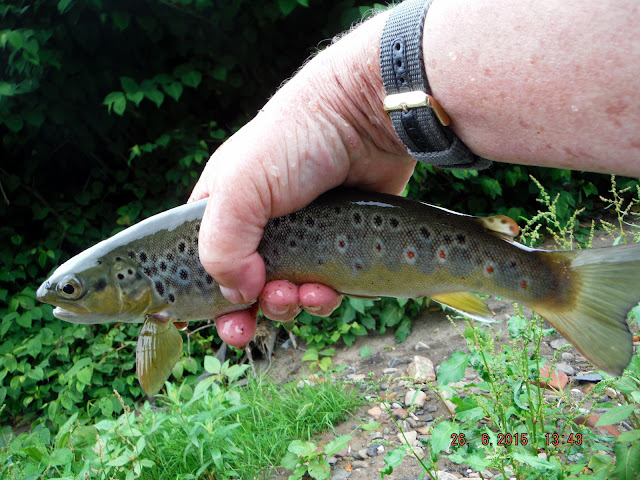 Then caught this one, by far the best of the day 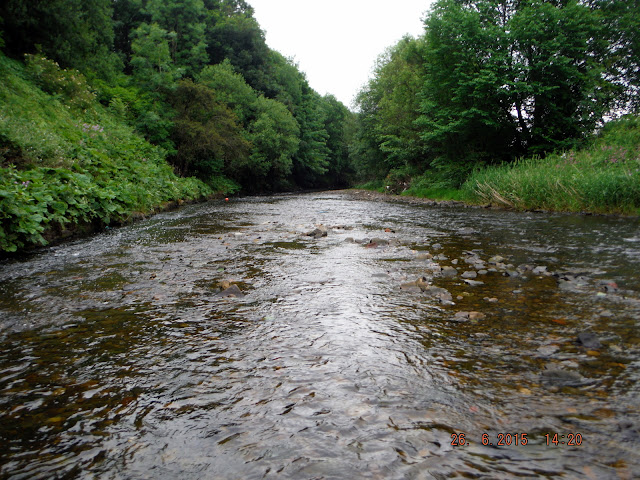 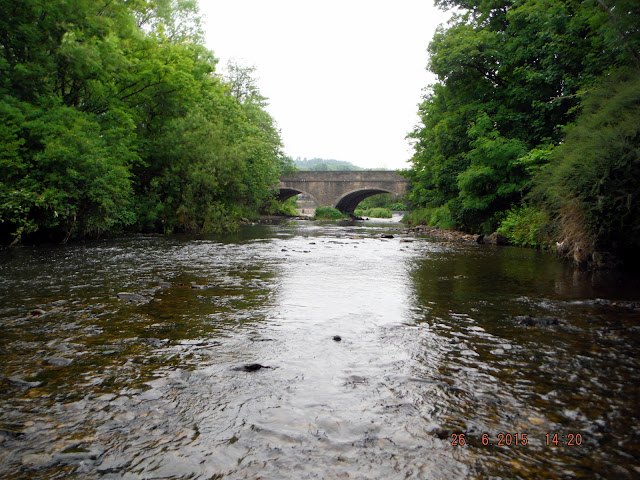 Carried on up to the Ramsbottom Road bridge without any luck.

Above the bridge is a weir, as I went under the bridge I was herding a family of  Malards towards the weir. The mother went up the weir and the dozen young tried to follow, all but two made it, the last two were in a panic and kept slipping back down. I tried to help but this upset the mother so I left them at it.
Posted by Flyfishing the Irwell and other streams at Friday, June 26, 2015