Had not fished the Croal for a while so on Tuesday of I went, only to find that the road that I usually use was closed. Work on the rail bridge by Farnworth Station. Had to follow the diversion which took me down the road to the cemetery's main entrance and through the houses to my normal parking spot on Cemetery Road which surprisingly doesn't actually lead to the cemetery.

I tried to find a way of  crossing the Irwell below where the Croal comes in, the giant hog weed is murder I did chop some down trying to find a way but gave up after slipping on my arse and getting mud all over my waders. Worked my way back to the end of the Croal and started up stream. Caught nothing and had to fight my way through more hog weed to get out of the river by the Wilson Bridge, it's to deep to wade up to where I took the first photo. 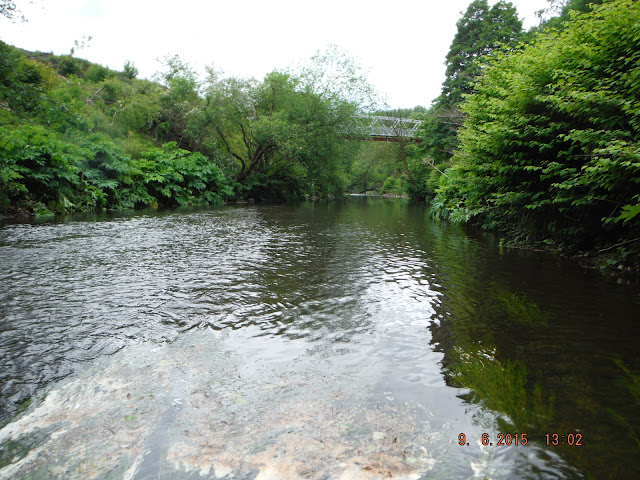 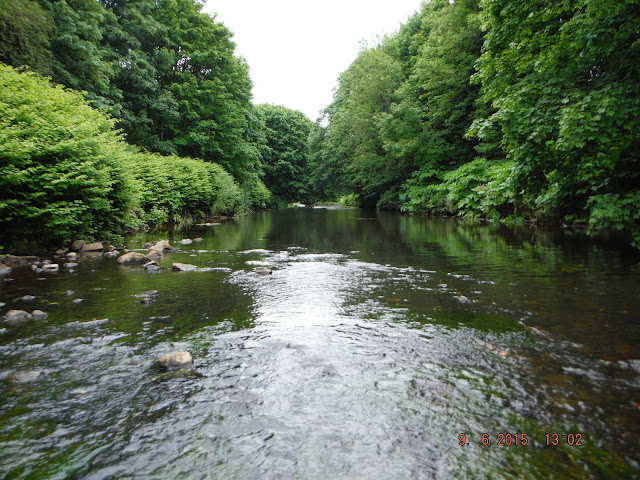 Fished up from here catching nothing again. 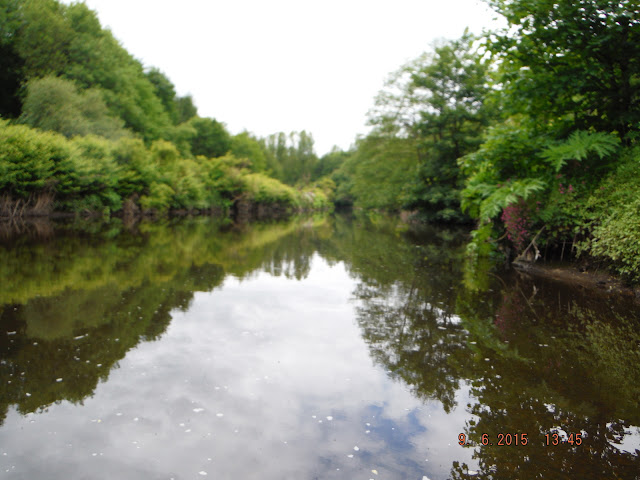 Caught nothing here either, decided to go back to the car and home.

Getting near to home changed my mind and went to Bradshaw Brook by the golf course, not very good but at least I caught some fish. 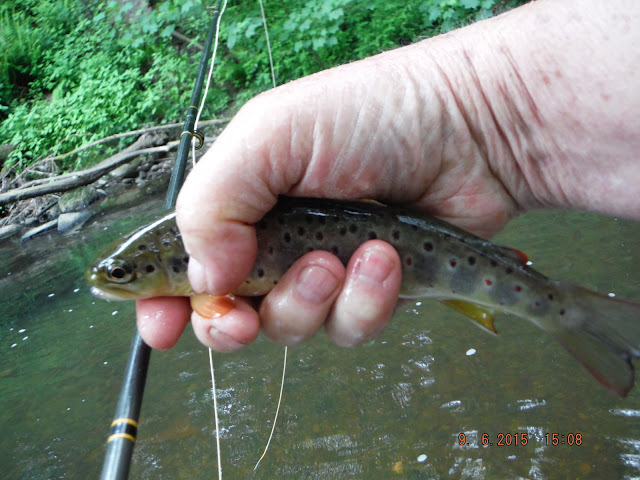 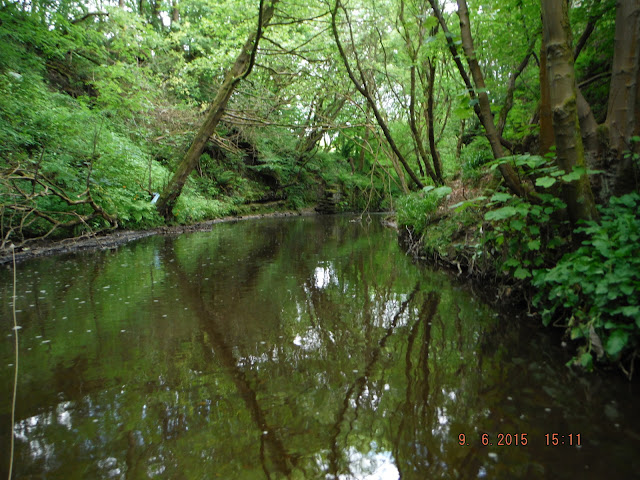 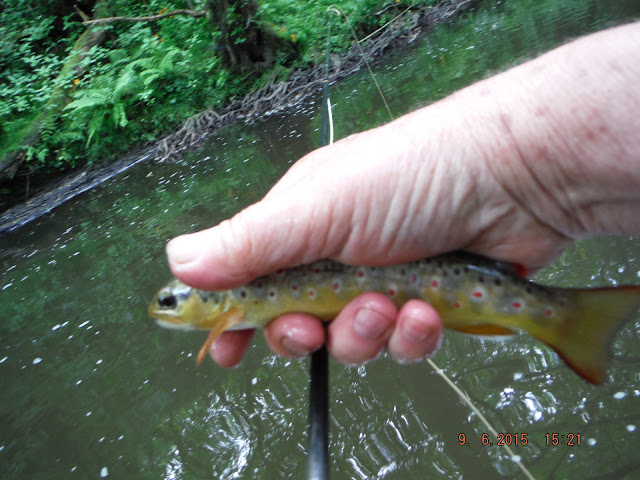 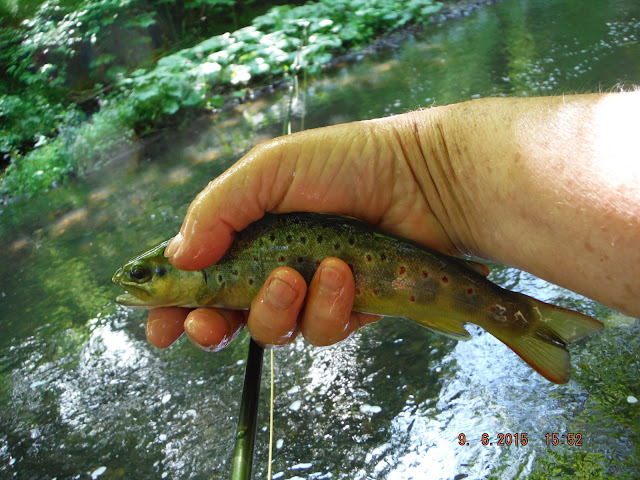 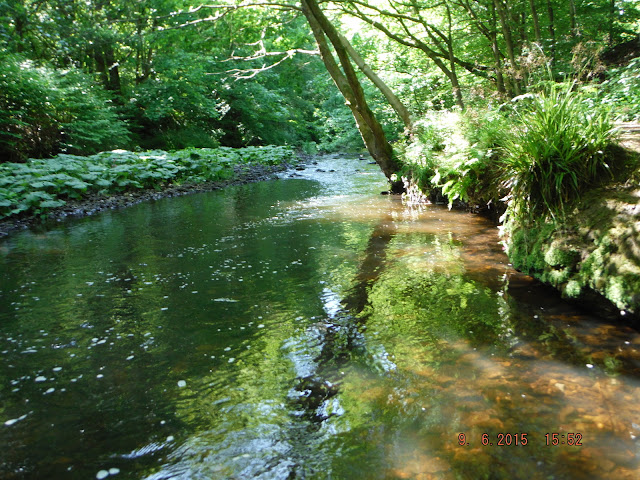 Wednesday Thursday was spent in York by the river Ouse, not fishing though, site seeing with my dear lady wife. 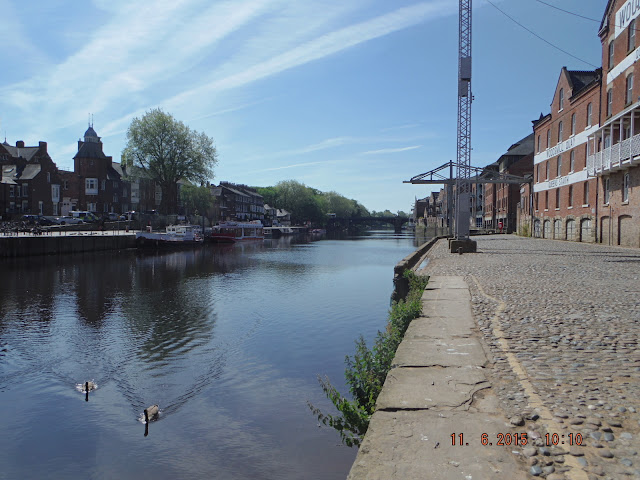 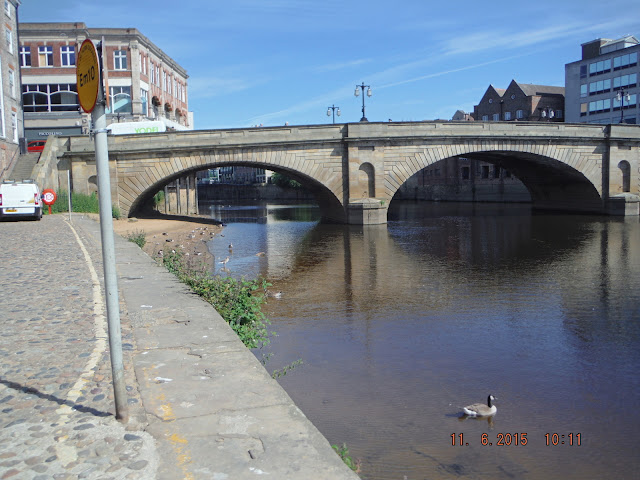 Big river, for England, that runs right through the centre of York. 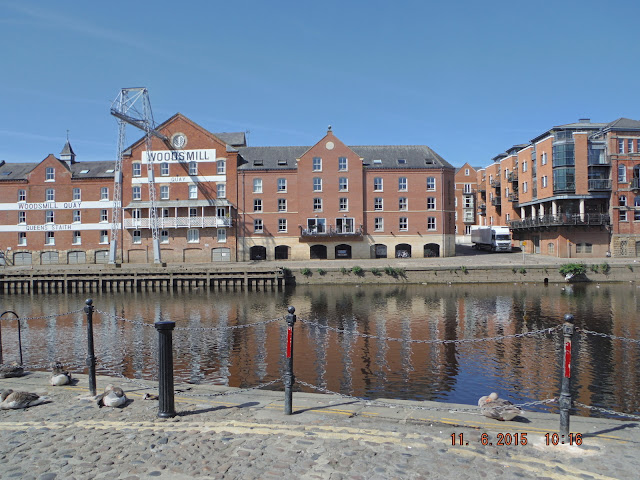 That's our hotel next to Woods Mill, not the best we have been to, did not help that we where on the third floor and the lift broke down and did not get fixed before we left.

On the way back on Friday we stopped at Bolton Abbey, which just happens to be on the river Wharfe. 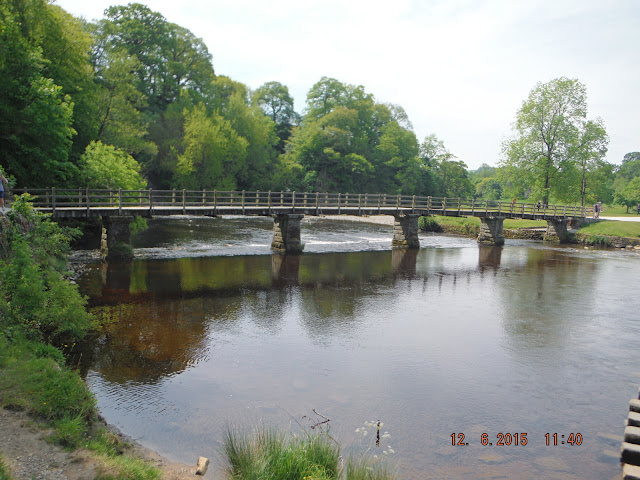 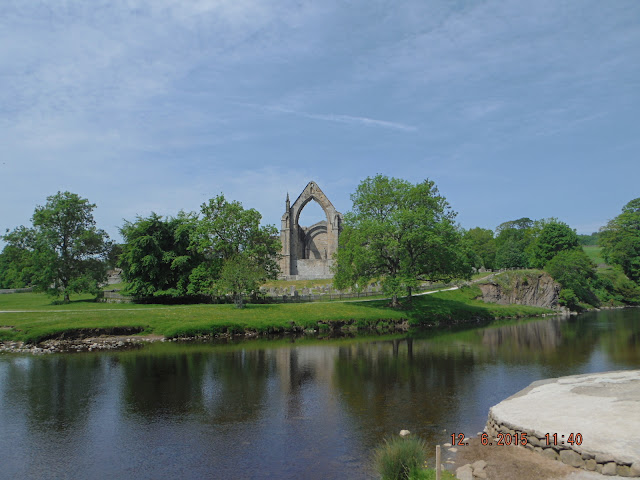 Lovely river and full of trout, the only problem is that they want £32.50 a day to fish it, far to much for me. 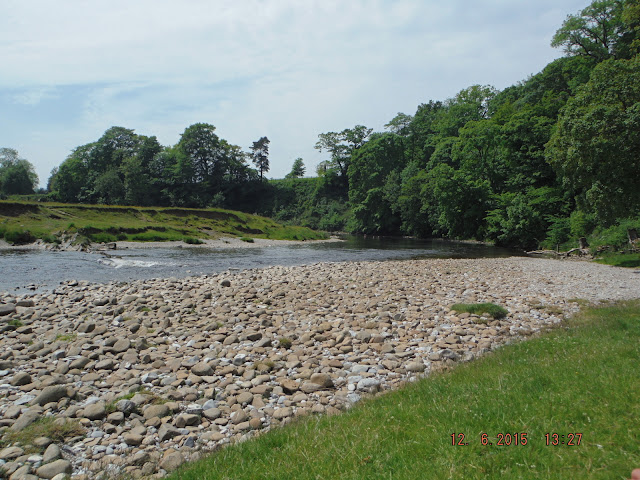 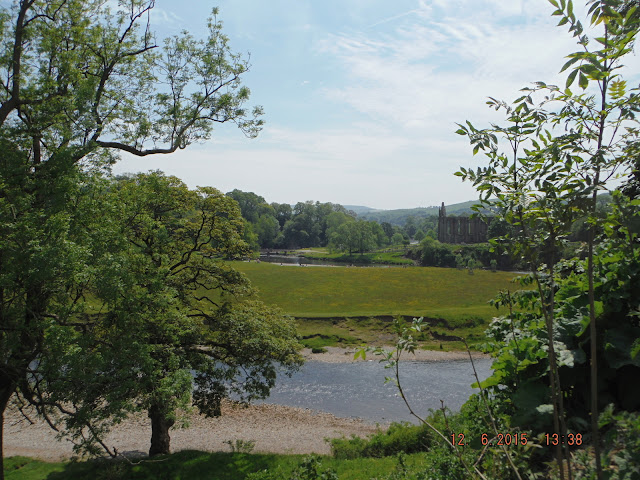 Had a chat with two fishermen up from Norfolk to spend a few days fishing the river , told me that they had not caught that day, hope they did better after lunch.

Saturday I went to the Irwell in Bury and spent quite some time cutting down giant hog weed plants before they get to full size. Yes I know it can be a futile exercise, but if I don't do something, soon I will not be able to get to the river for them.
I also saw another problem, a family of  Mergansers, a female with at least a dozen young, for those who do not know Mergansers are saw billed fish eating ducks, which used to be very rare but now are becoming very as common as the Black Death (Cormorant's).

Couple of fish rising but no luck in hooking them until I  put on a spider in desperation and  hook the one below, it took the fly as it landed and did not seem to realise that it had been hook. 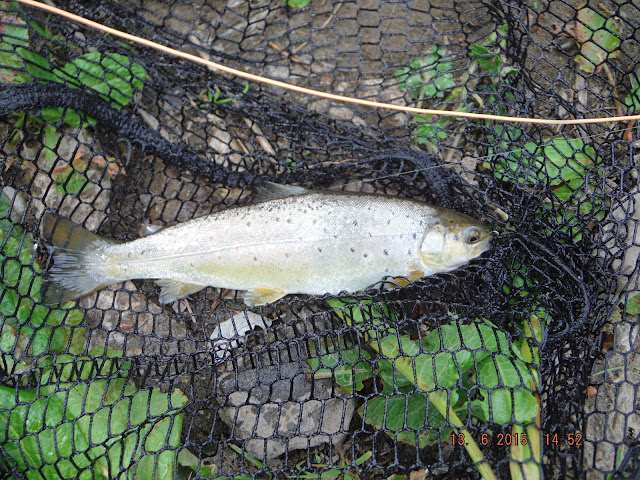 Nothing else moving so chopped some more hog weed.

On the way back to the car, tried a little down stream nymph for a change and caught one about the same size as the one above.

Had a longish natter with another fisherman who had been spinning, up stream of me, he had had nothing.

Work party at Bradshaw Fly Fishers tomorrow morning, we are going to try to pull all the Himalayan Balsam on our stretch. Wish us good luck.

Surprised to see no balsam or hog weed whilst in Yorkshire on either the Ouse or the Wharfe.
Posted by Flyfishing the Irwell and other streams at Saturday, June 13, 2015