Lots of rain has had the rivers up to flood risk levels, until last night, which meant that I could not do my sample until today. Wasn't sure that I would be able to until I got there.  I went for a look from the bridge to check the level and was pleased to see this little fellow down near where I sample. 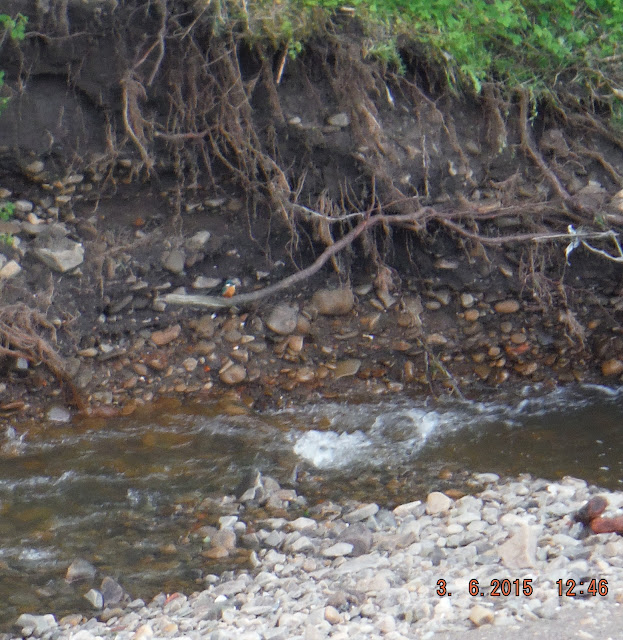 Sorry about the quality of the photo but Kingfishers don't let you get close, this was a zoom in from the bridge. 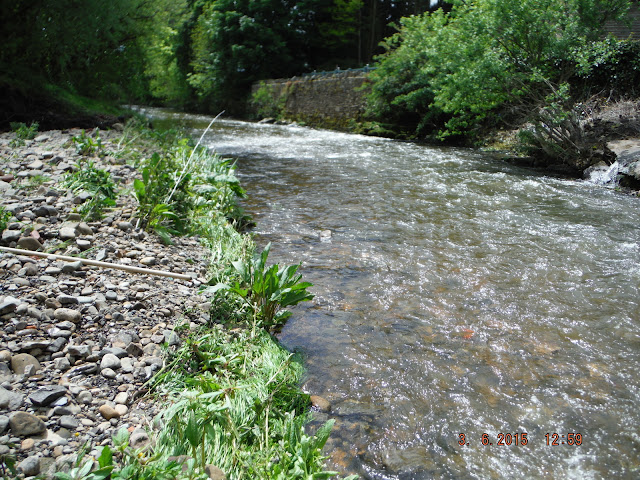 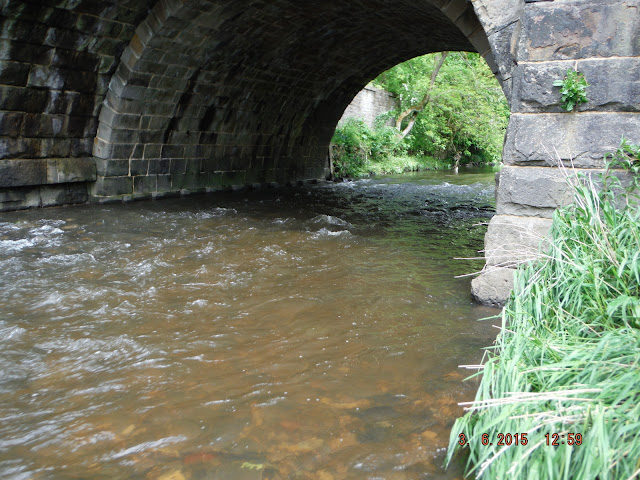 Decided to give it a go, did a sample and got nothing worth counting. Where I sampled in the river was probably dry last week so I did another sample farther into the river and got a better result.


After doing the sample I went up river for a fish 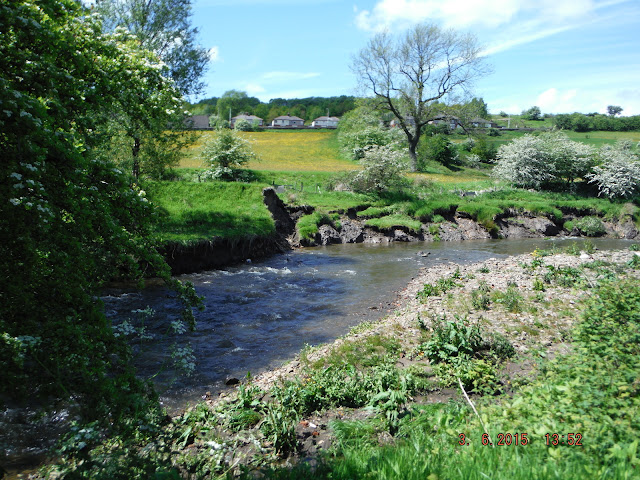 The river was fairly clear but running quite fast and I had great hopes of catching something. 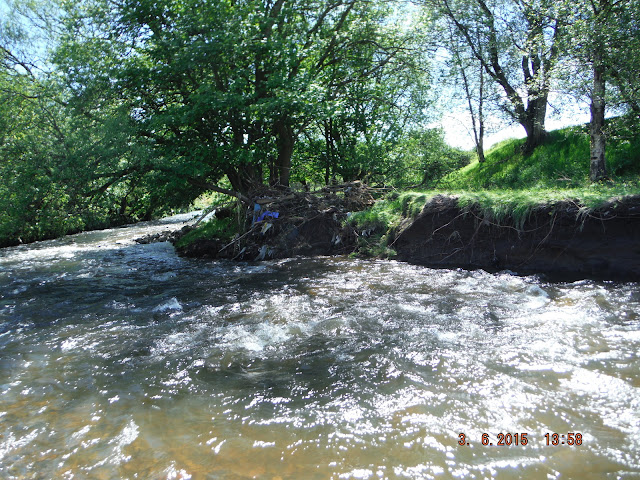 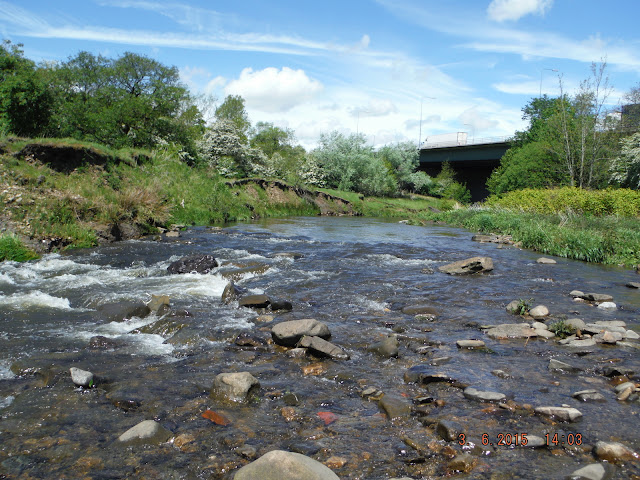 I fished a Blue Wing Olive even though nothing was rising. 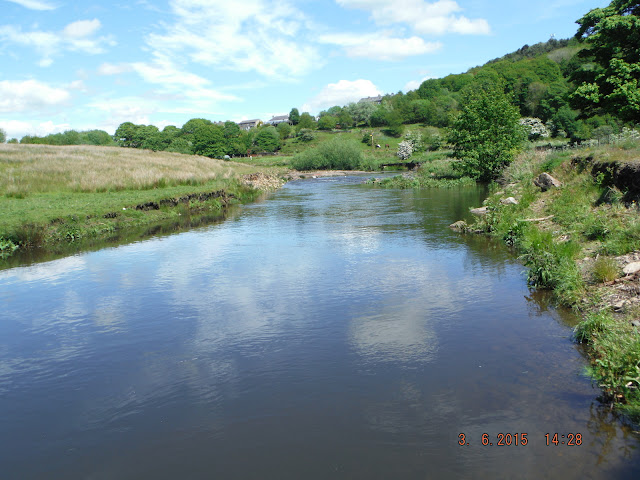 I caught nothing but at least I had a good walk and the weather was improving as the afternoon went on. 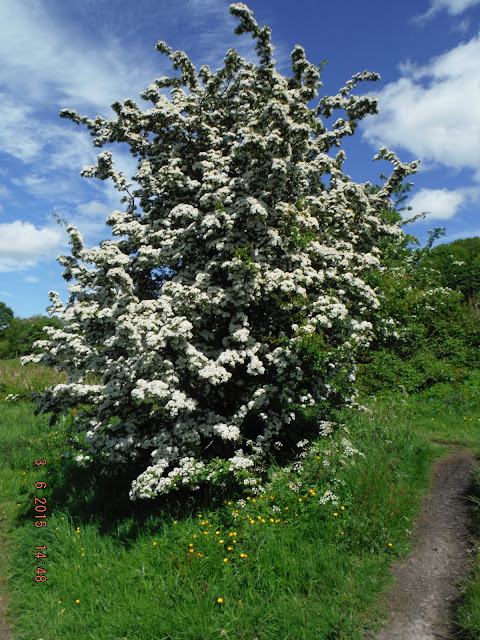 Not much room for any more flowers on this Hawthorn Bush 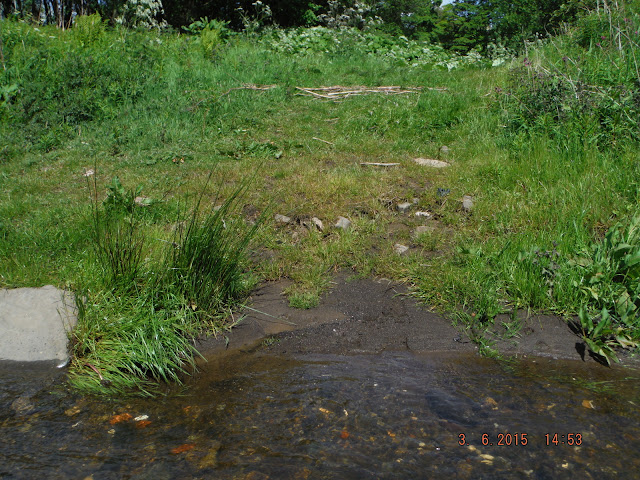 The flotsam line is another indication of how high the river was just a couple of night ago. 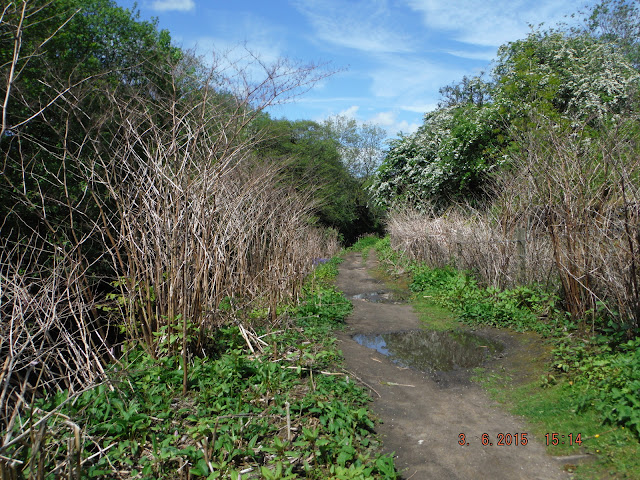 Very pleased to see that some of the Japanese Knot Weed had been treated and was not growing again along the path. 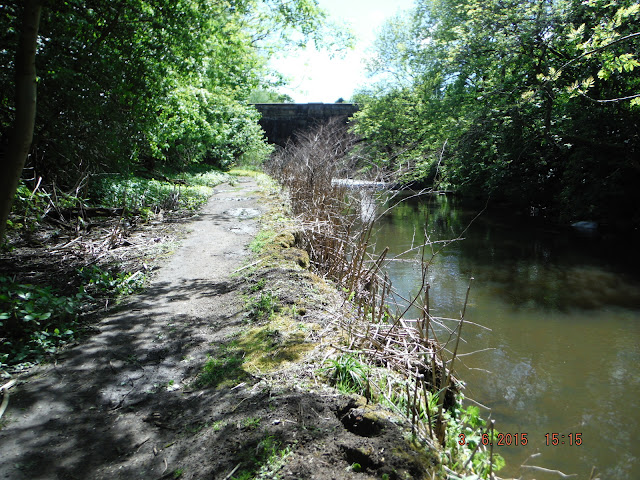 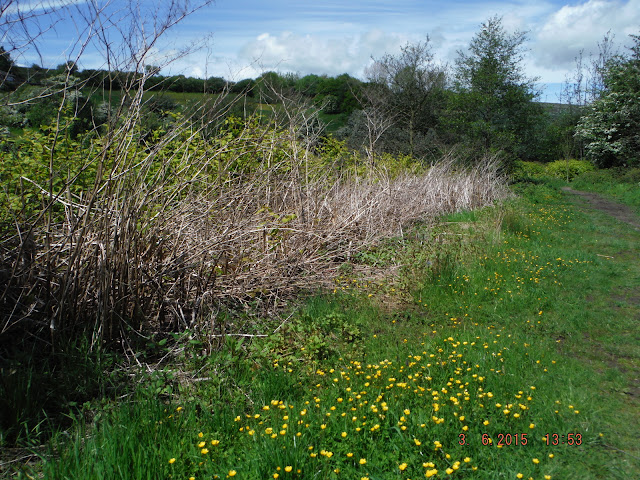 Though some near to the river was still growing, pity that it had not all been treated. 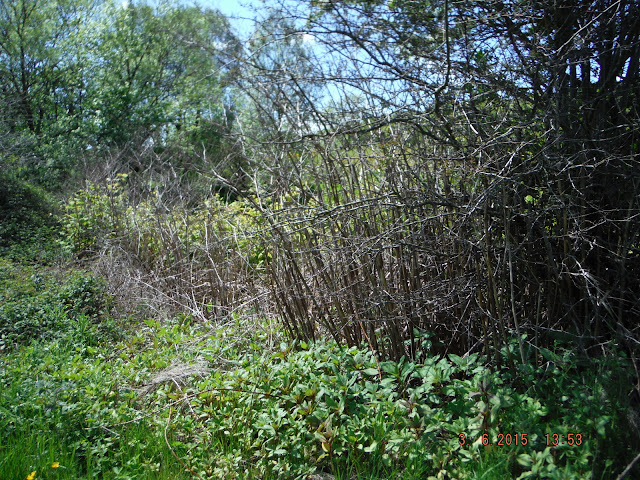 It will be back next year unless it is all killed.

Started for home then decided to have an hour on Bradshaw Brook, can't be having a blank.

Caught four small ones in a stretch that fish are always rising but where I never seem to land anything, so I was pleased about that. On the way back to the car I thought I would have a couple of casts in the pool and riffle by the cricket club score board. Glad I did, caught these two. 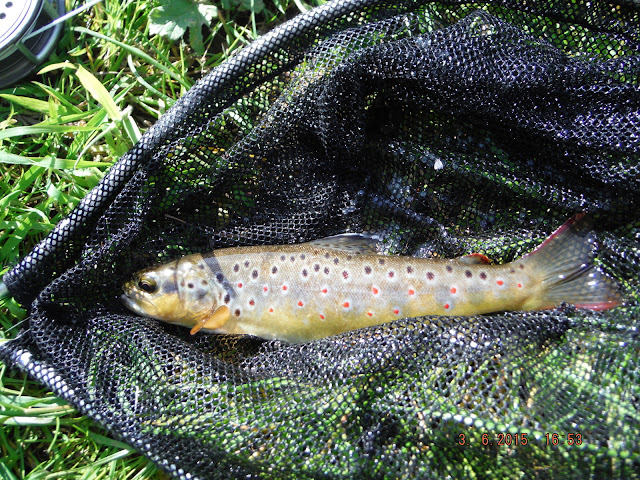 Not big but the best of the day. 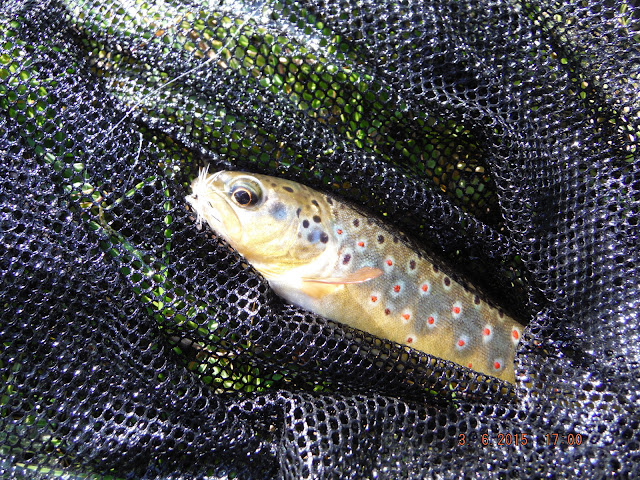 All caught with the BWO that this one still has in it's lip.

Posted by Flyfishing the Irwell and other streams at Wednesday, June 03, 2015