Fished the top end of Bradshaw Fly Fishers beat and up to Jumbles reservoir.

Bright sunny day again but still cold, especially when  the hands are wet. Glad to say I did get my hands wet and caught a few fish.
7 Foot 3 weight rod with a Iron Blue Dun, walked up towards the top weir with just a couple of casts as there was nothing on the rise. As I got to the glide a bit below the weir a couple fish rising, could not see to what. Had a touch but hooked nothing.
Moved to the fast water below the weir, could now see Olives hatching. 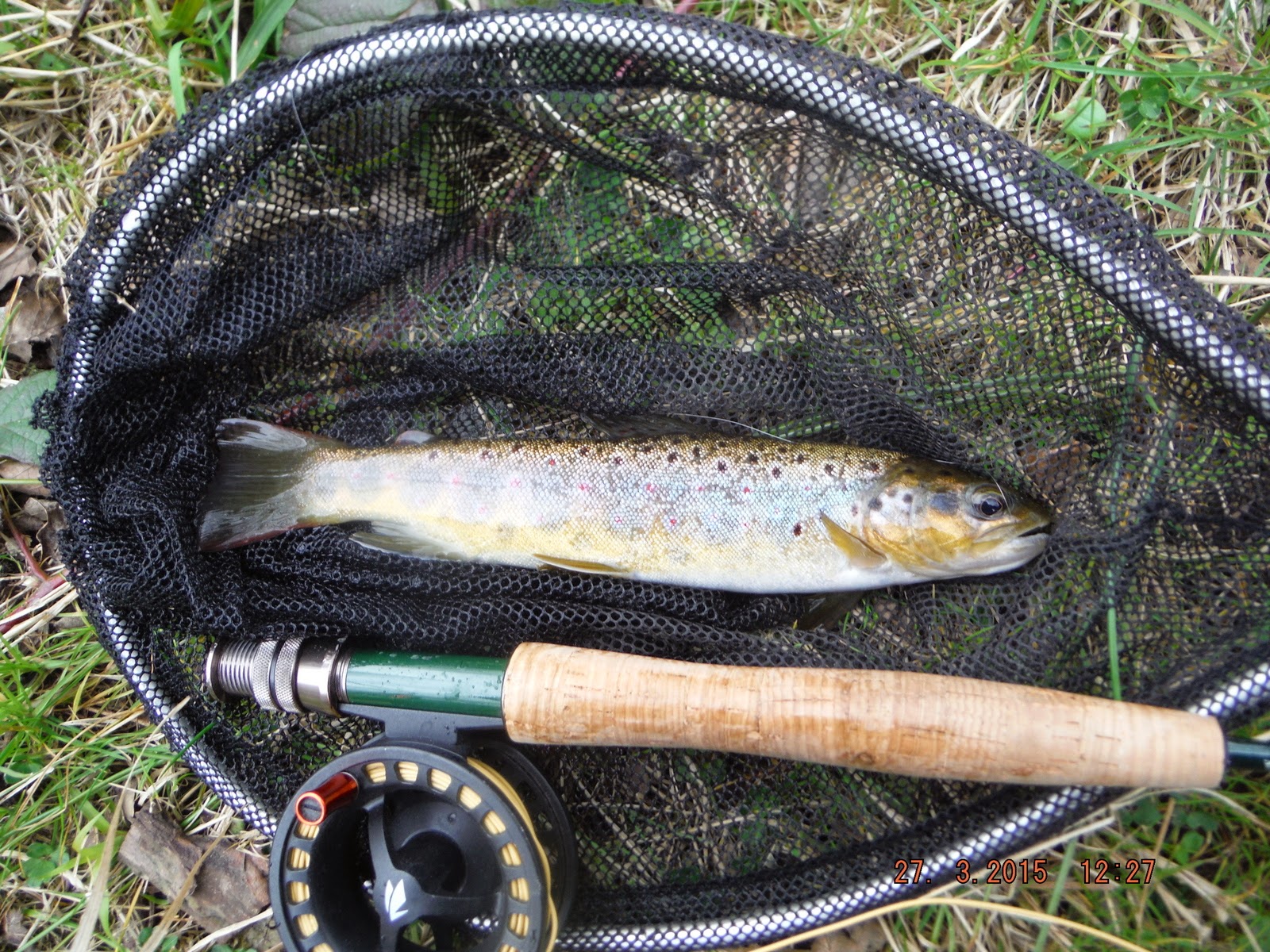 This was the first one not a bad fish, well pleased. 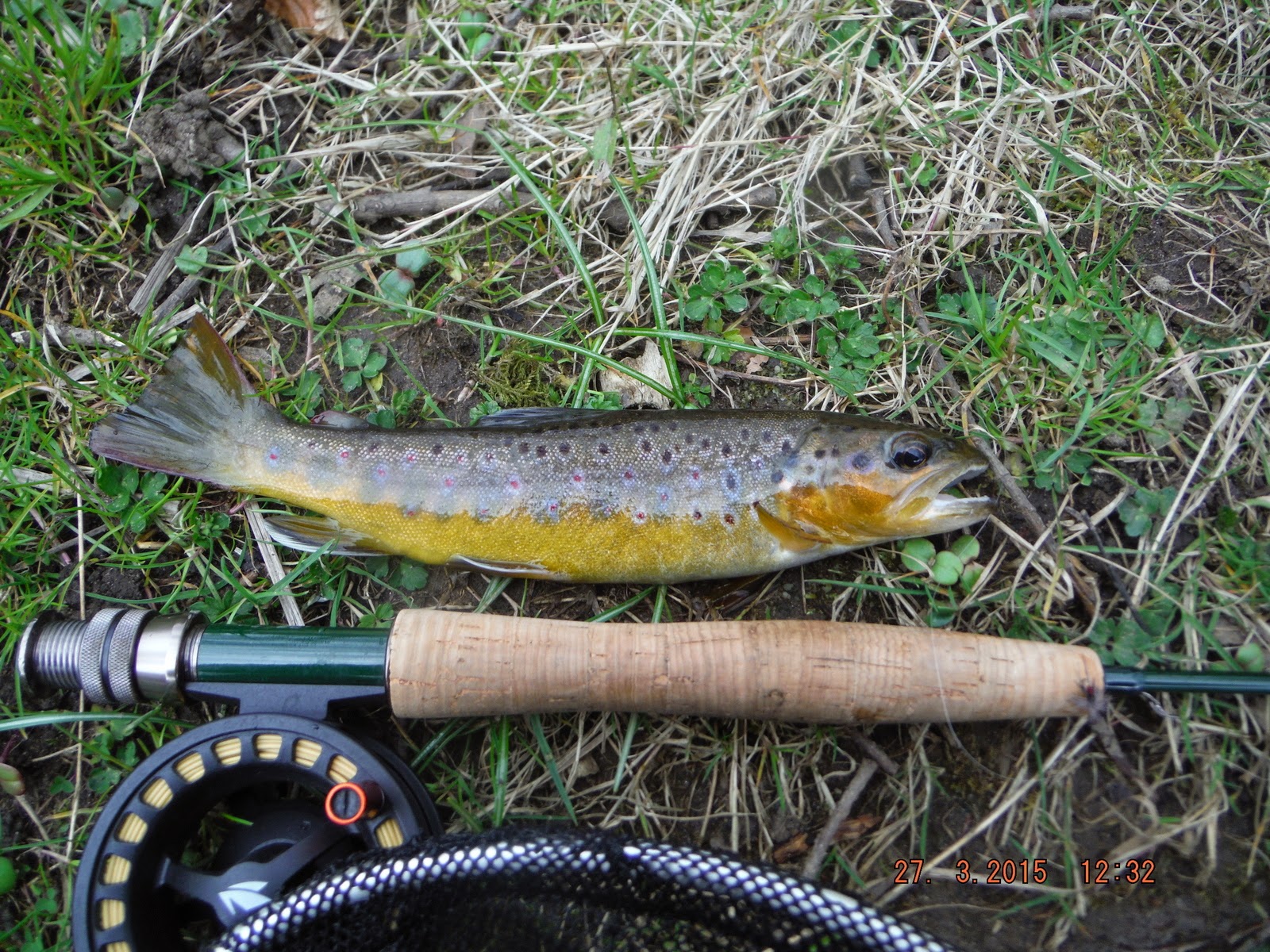 and then another one from the same place. 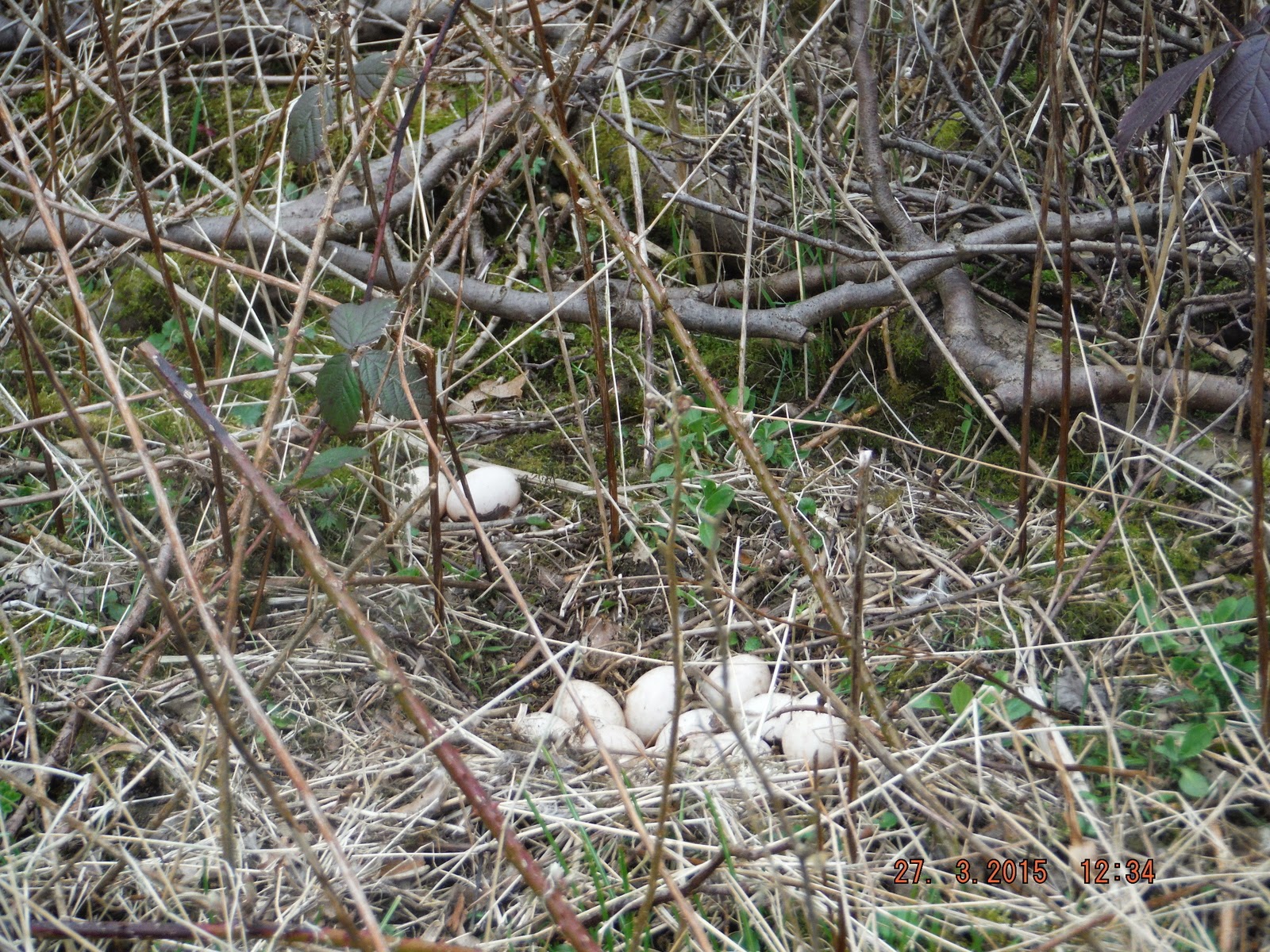 Sad sight Mallards abandoned nest full of eggs. I first saw it earlier in the week and had hoped that the duck would come back, the eggs were cold then and are now. The duck would have covered the eggs if it was coming back. It's in a bad place for a nest, as three or four yards away is a favourite spot for dogs going in the water. 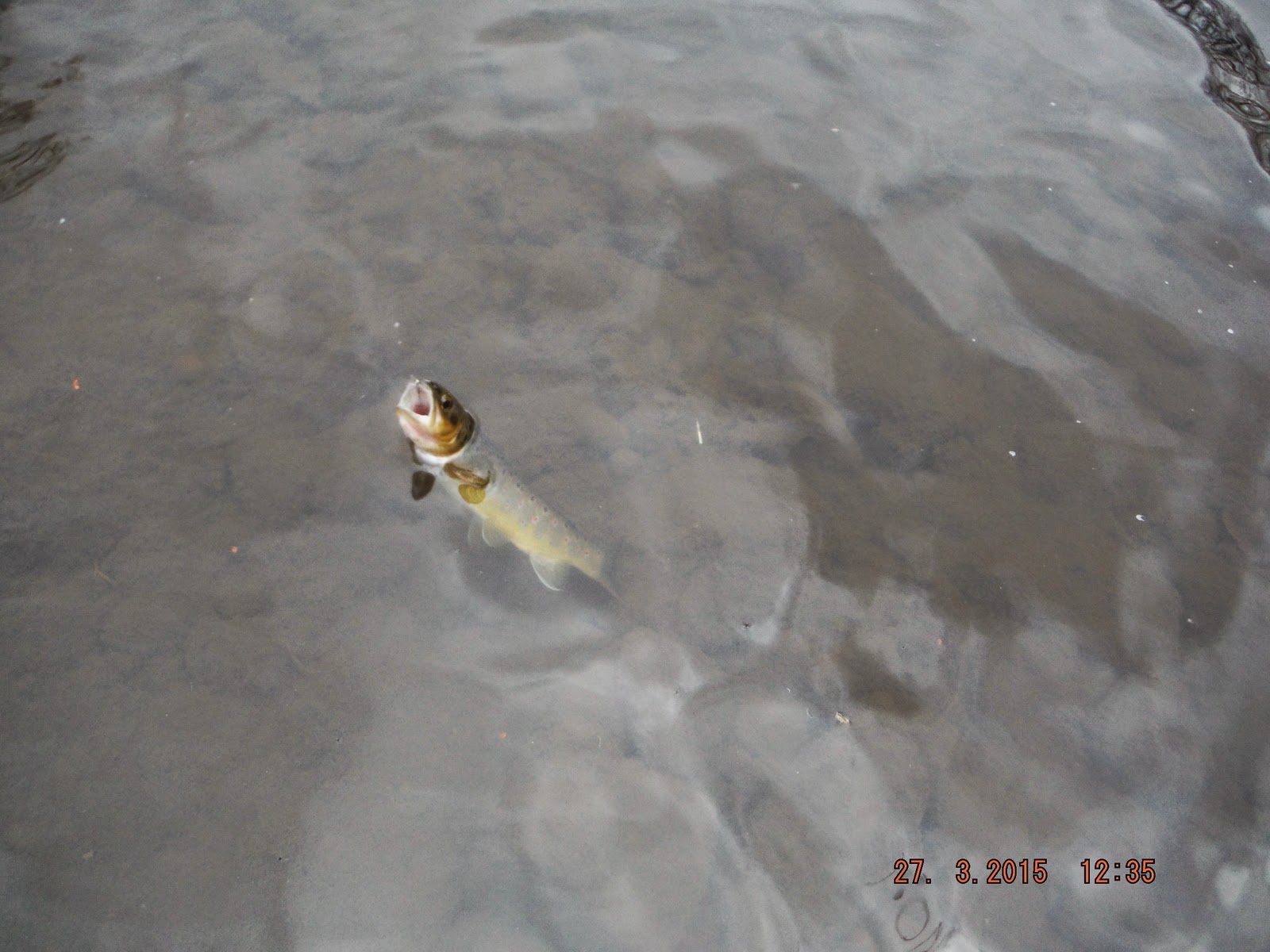 Tried to unhook this one whilst it was still in the water, not that easy ended up getting both my hands wet instead of one. 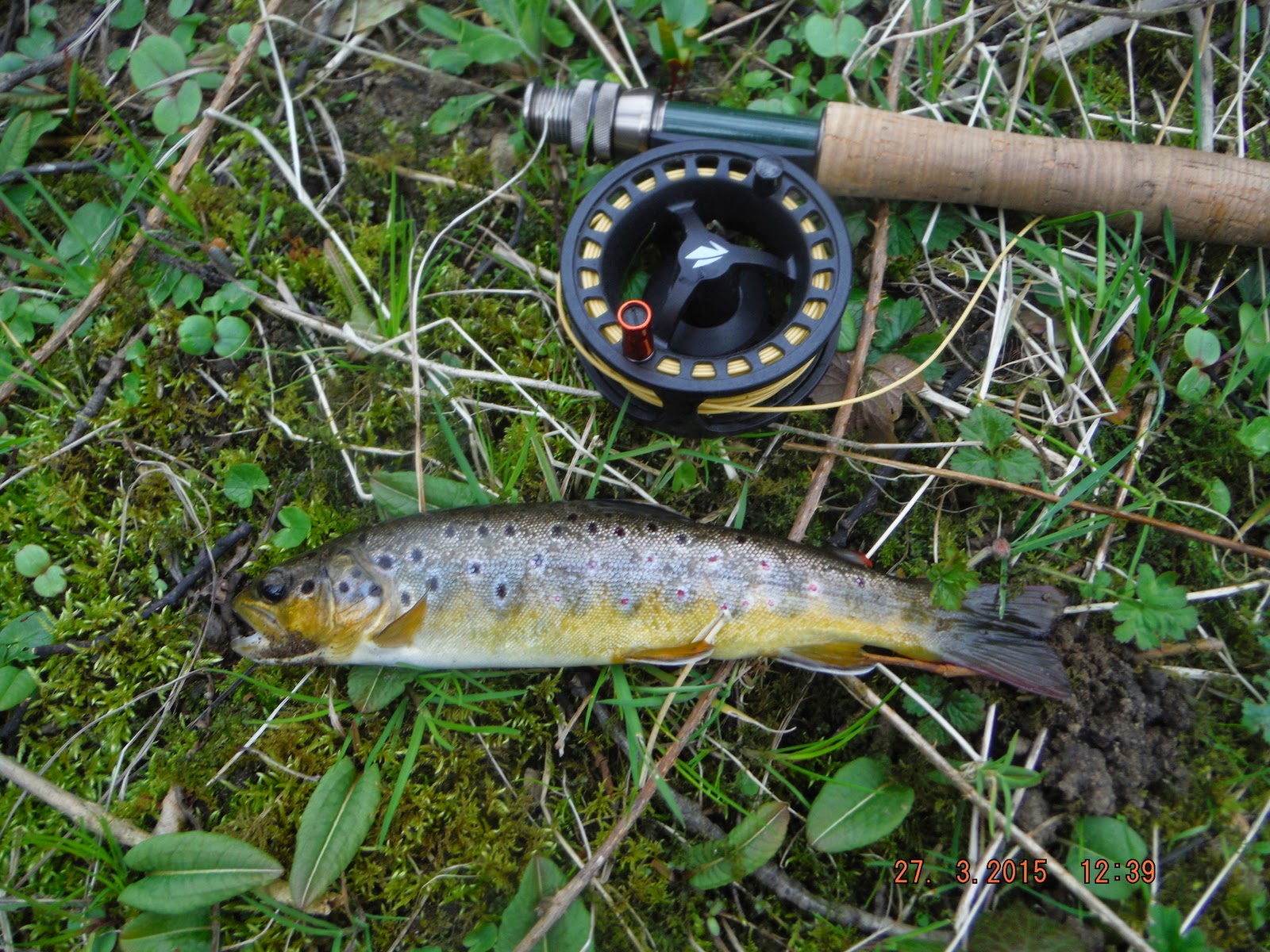 After this one I moved up stream. 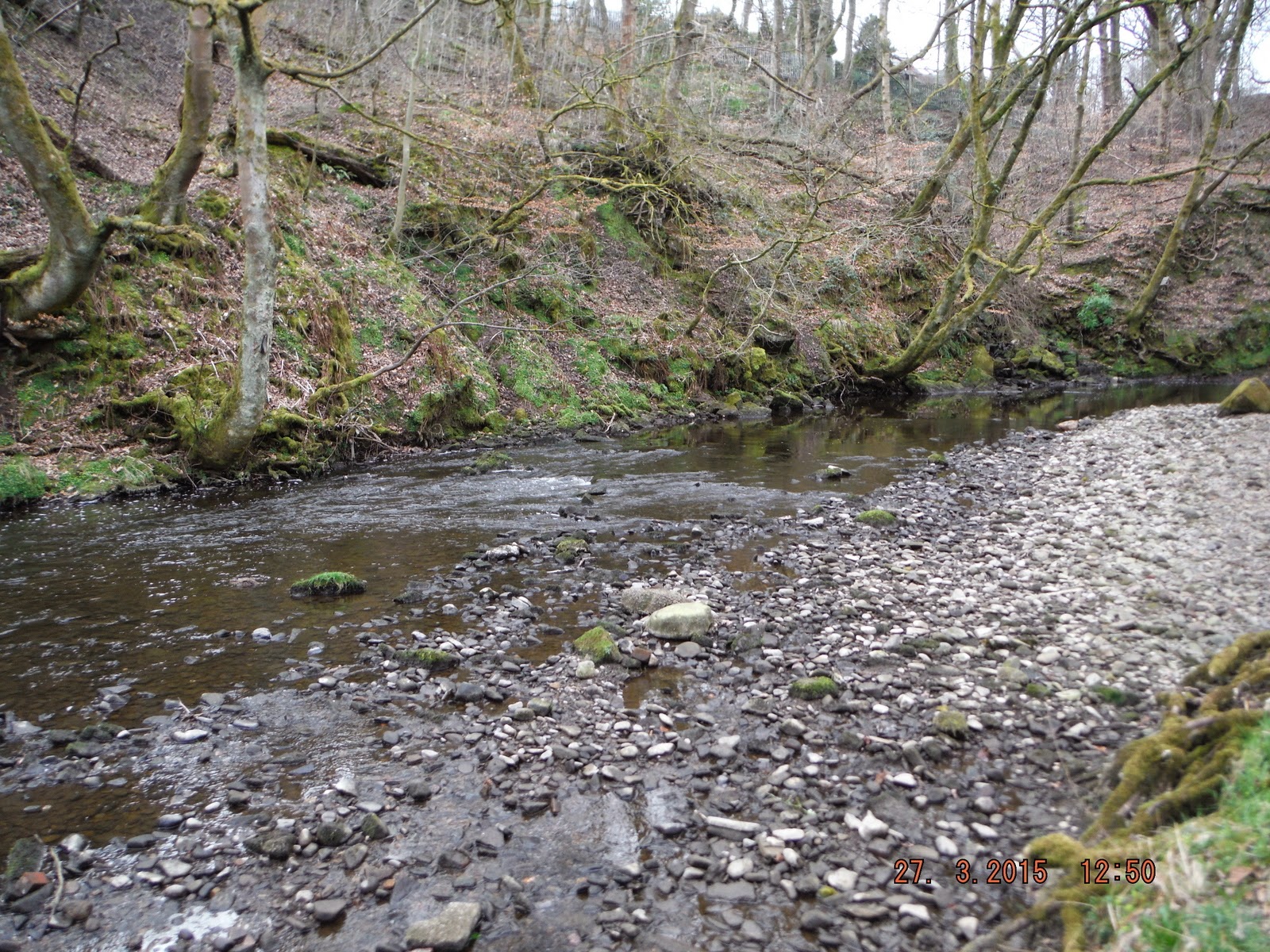 The flow has gone down some 4 to 6 inches in the last few days, as can be seen by the wet stones. We have had rain so the drop most be due to United Utilities reducing the flow from Jumbles Reservoir. Down to summer level already.

I moved off the BFF beat up passed Printers Lane, took my life in my hands getting down to the brook above the bridge. 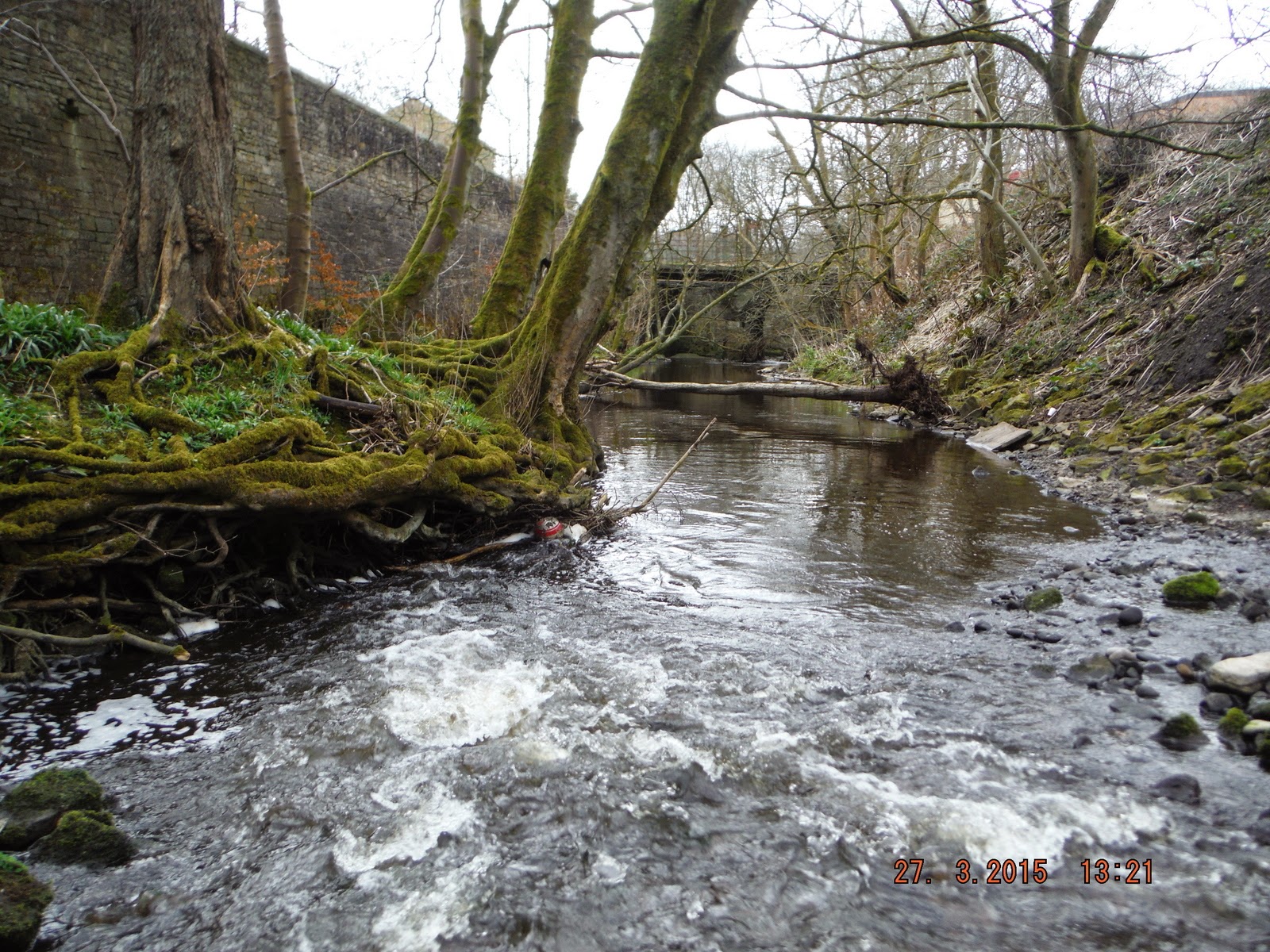 The path is up behind the wall  on the left, so it's quite a drop down to the brook, no I did not climb down the wall. That's the bridge in the background. 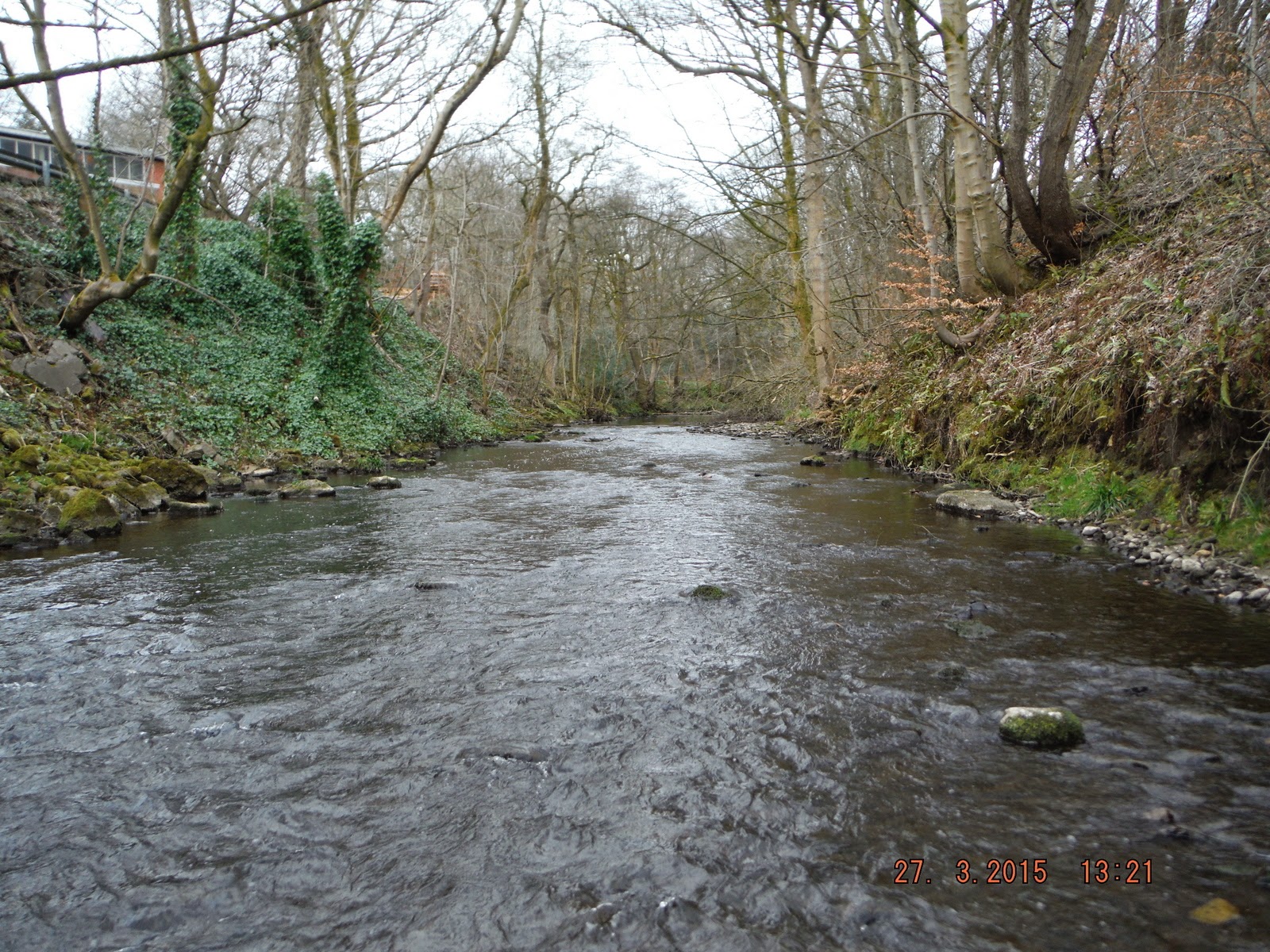 This is  looking up from the same spot.
Lost a fly in the trees, then caught the one below. 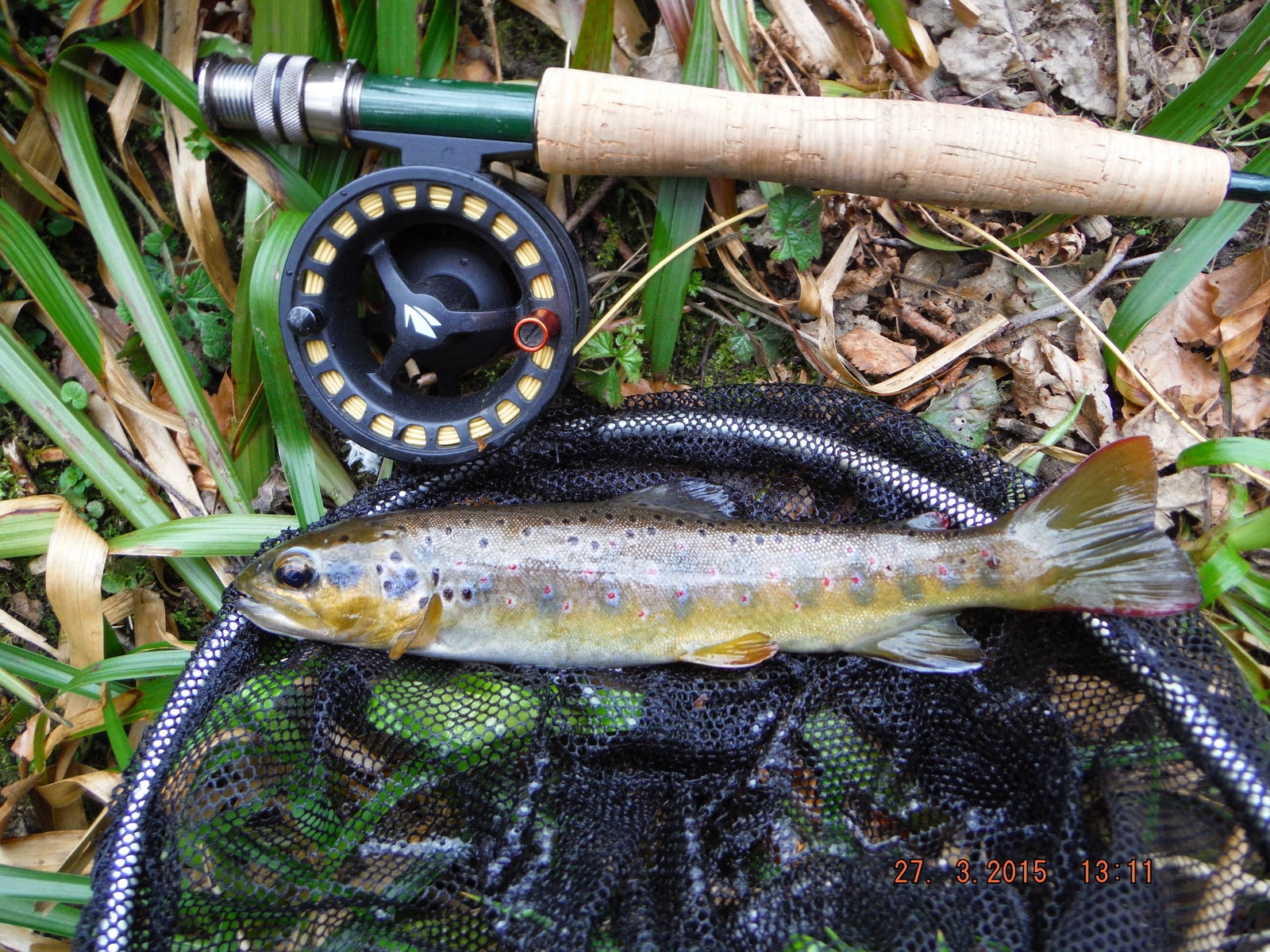 A better fish but not by much. 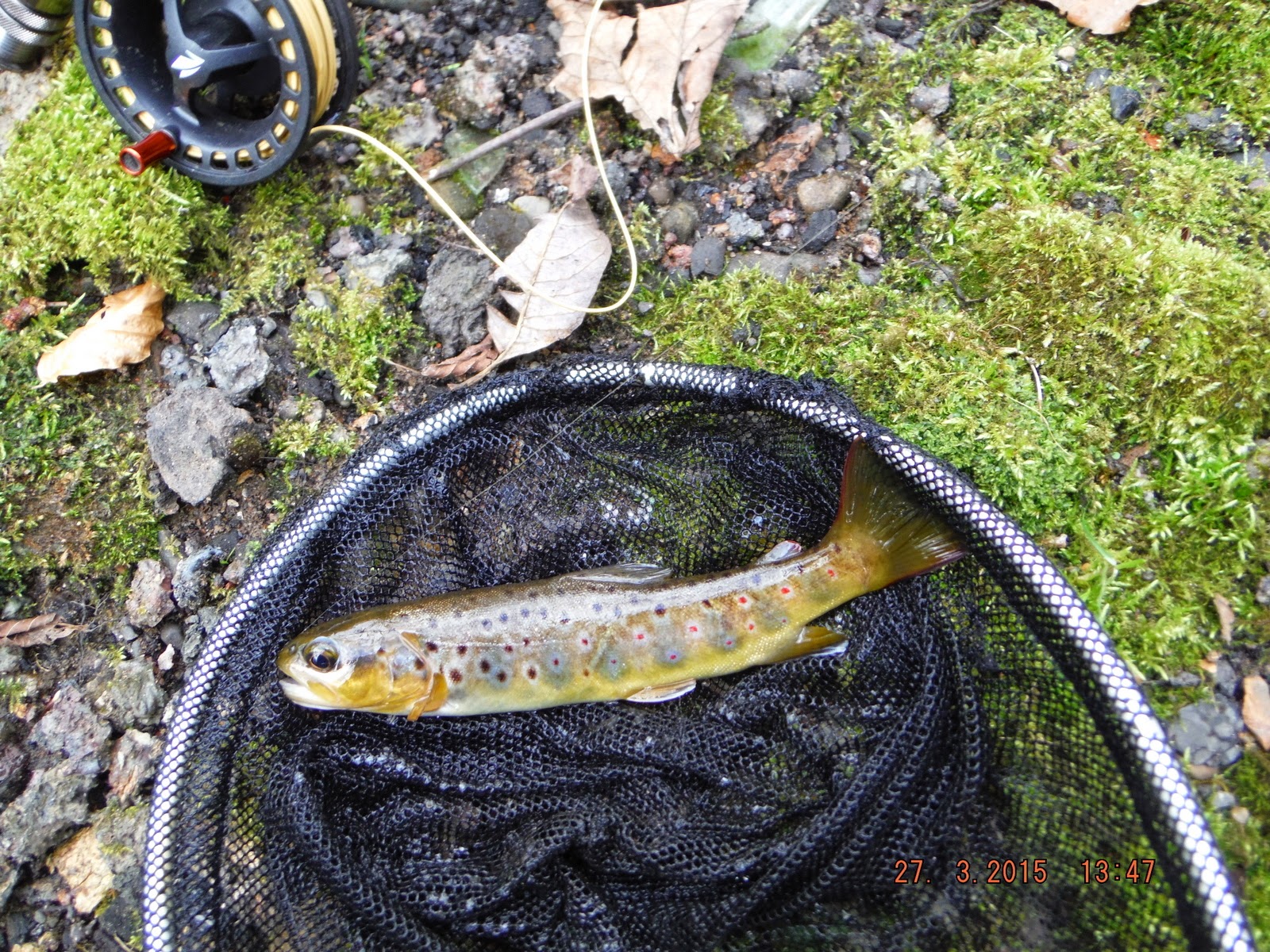 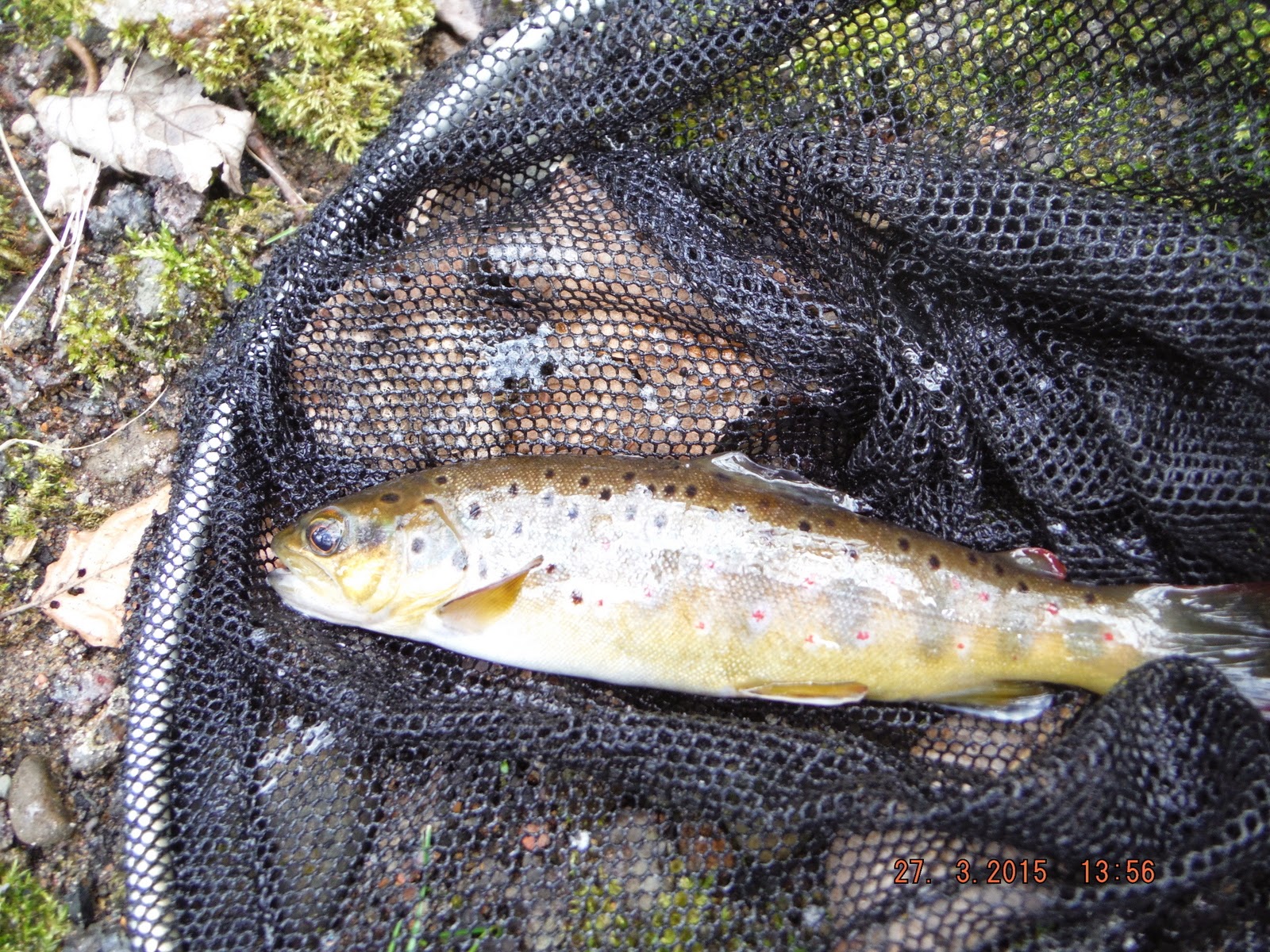 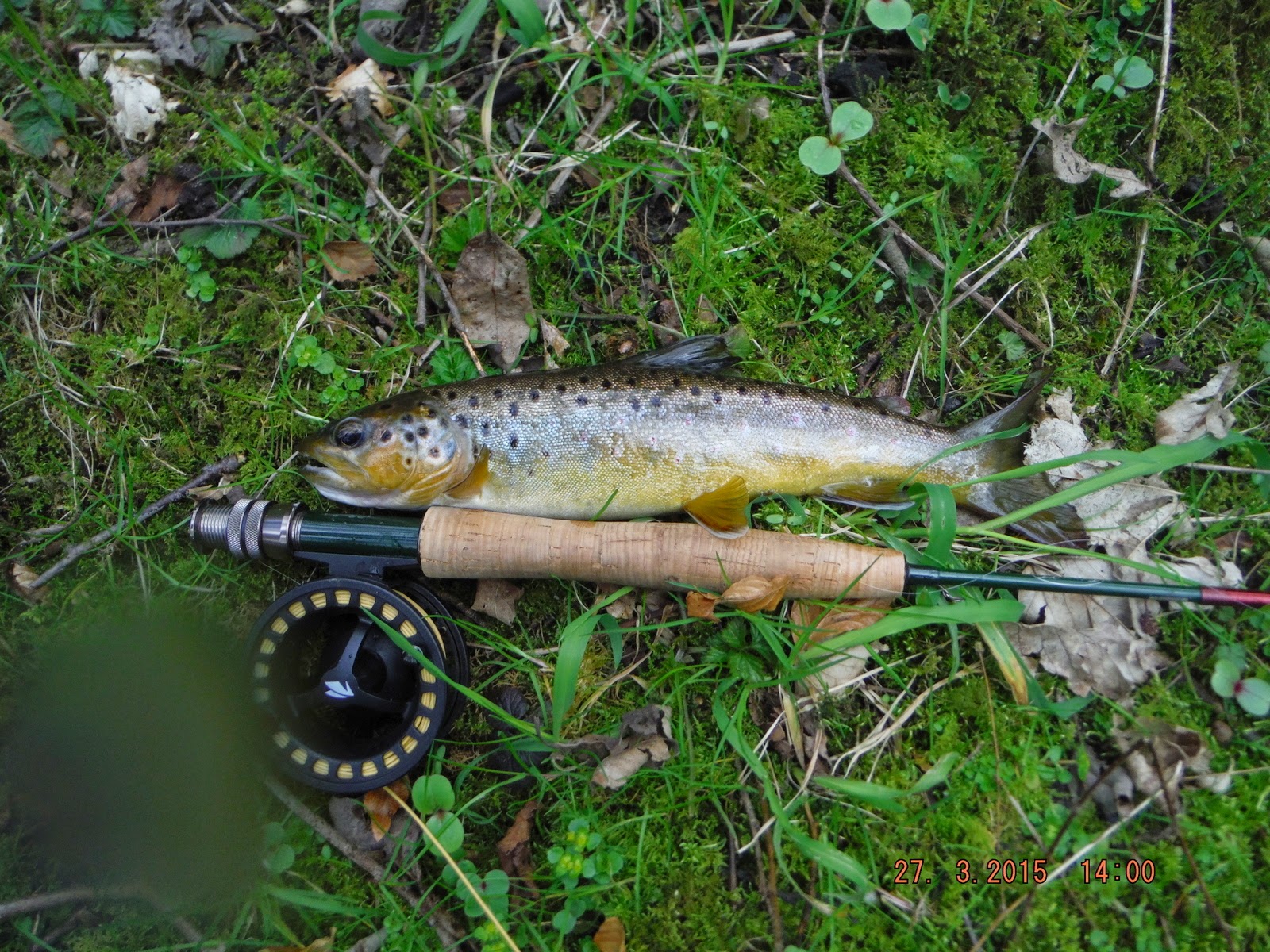 All coming to the Iron blue and then the best fish of the day. 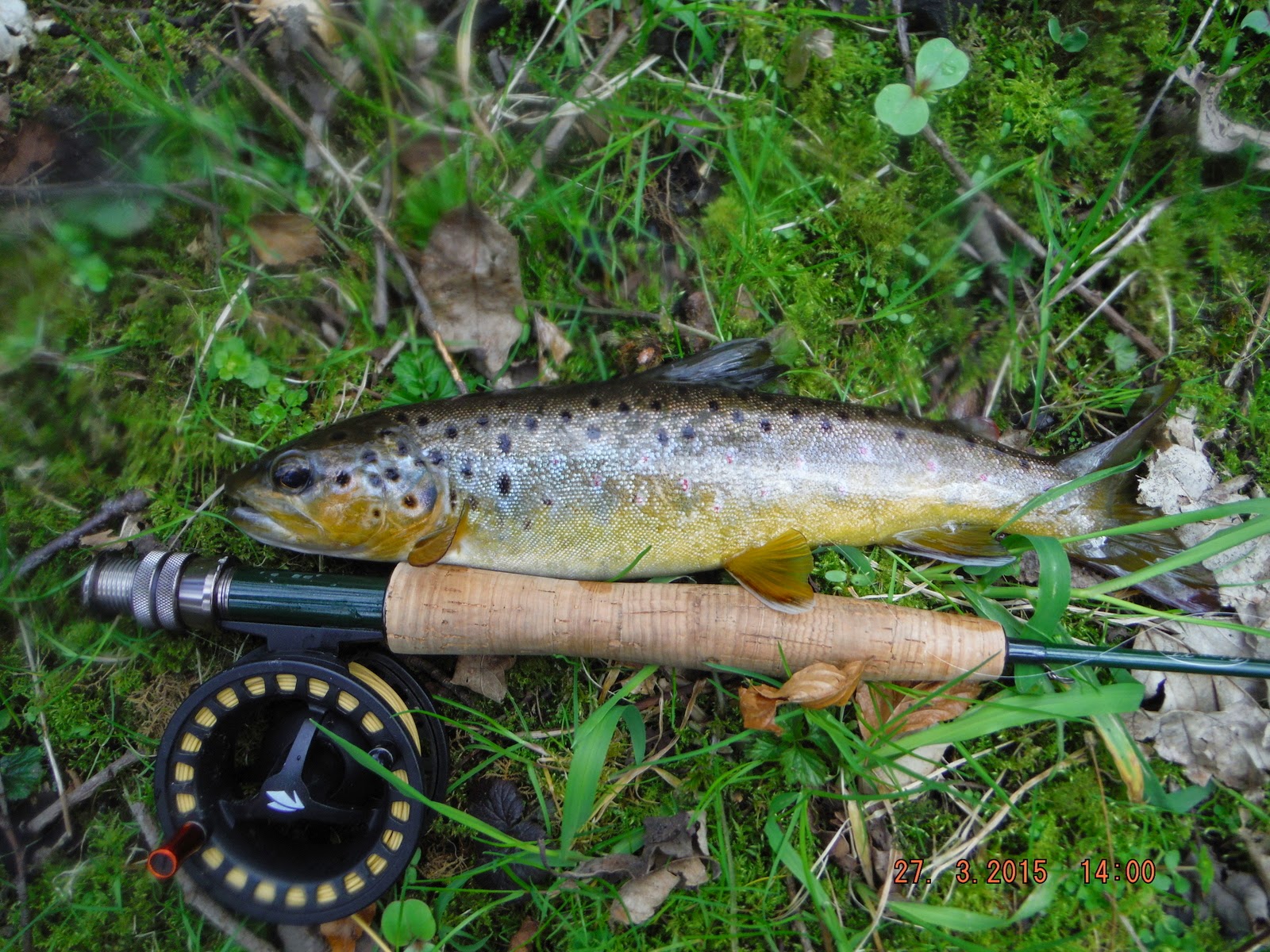 Not a monster but better than 12 inches and  very good fish. 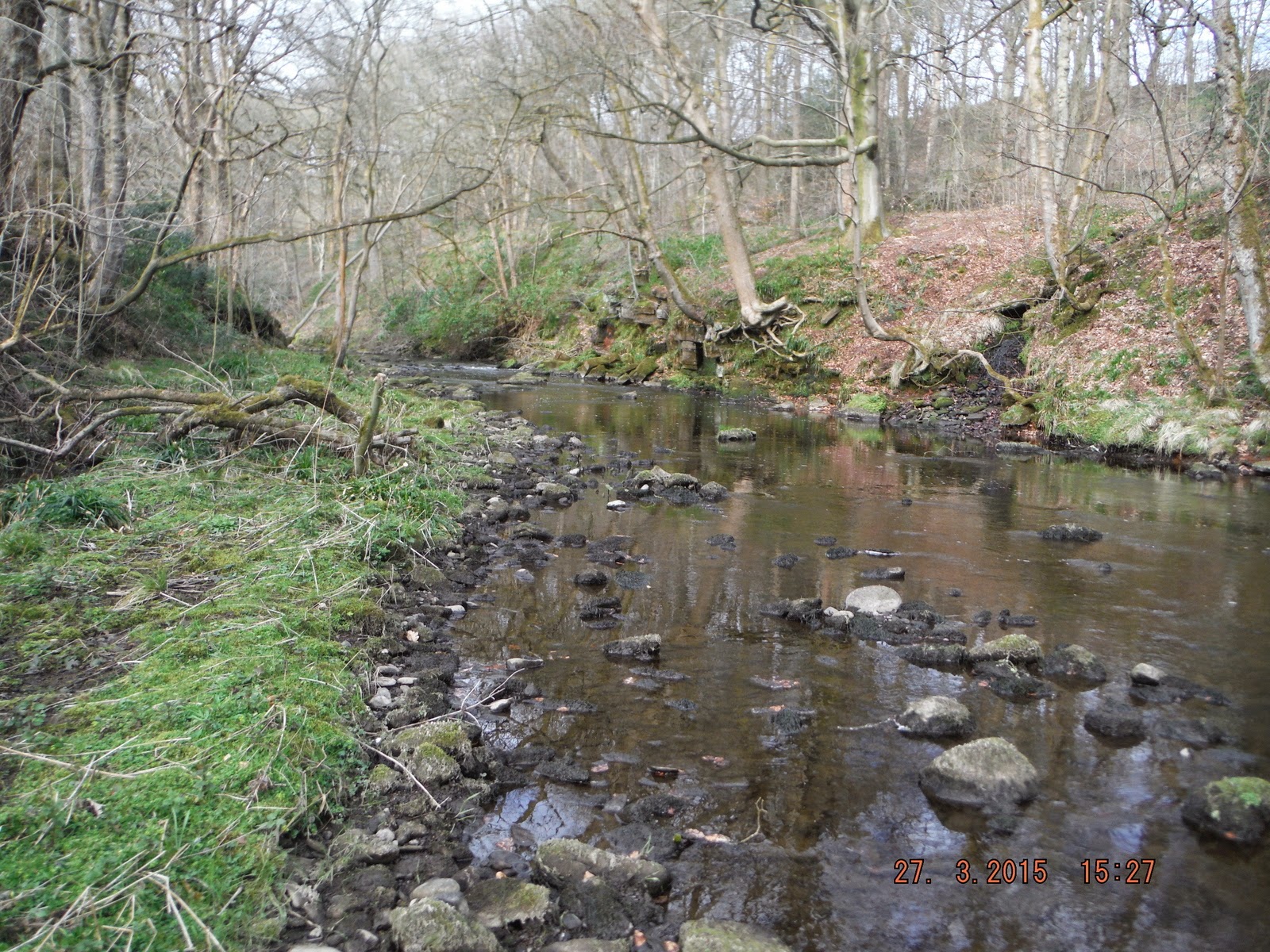 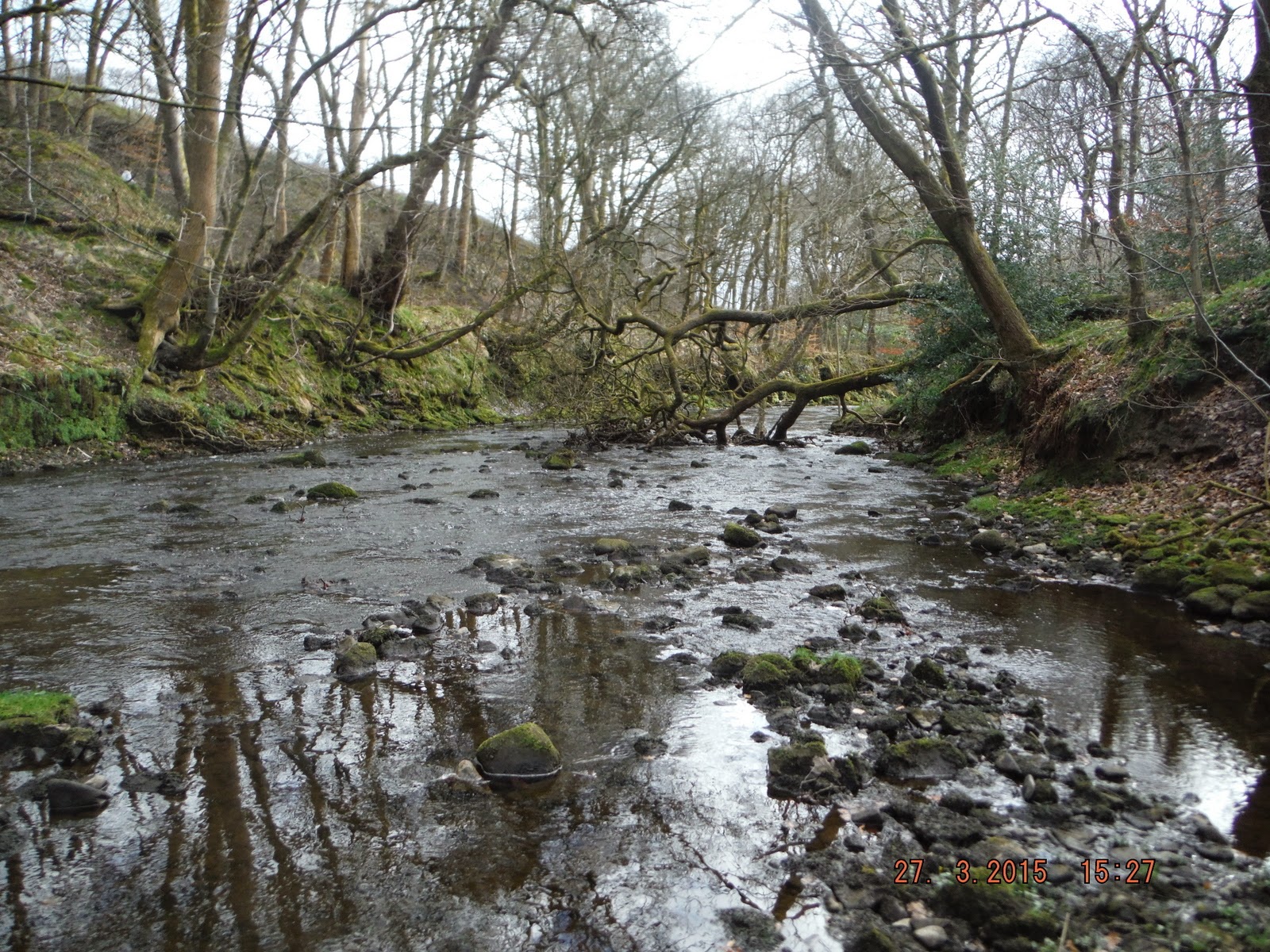 Carried on up to the Jumbles and caught a couple more, nothing to shout about. Which was a shame as there are good fish up there. Never mind a good day was had.

Posted by Flyfishing the Irwell and other streams at Friday, March 27, 2015