The Irwell was up a little and still had some colour, in fact it looked a bit sick. The day was overcast and cold, but not as cold as it has been, probably due to there being no wind to speak of, which always helps.

Started down from the bridge fishing a copper john nymph which produced total nothing except a lost fly on the far bank.

Got out of the river and walked up passed Ewood Bridge, Taking a few pictures as I walked 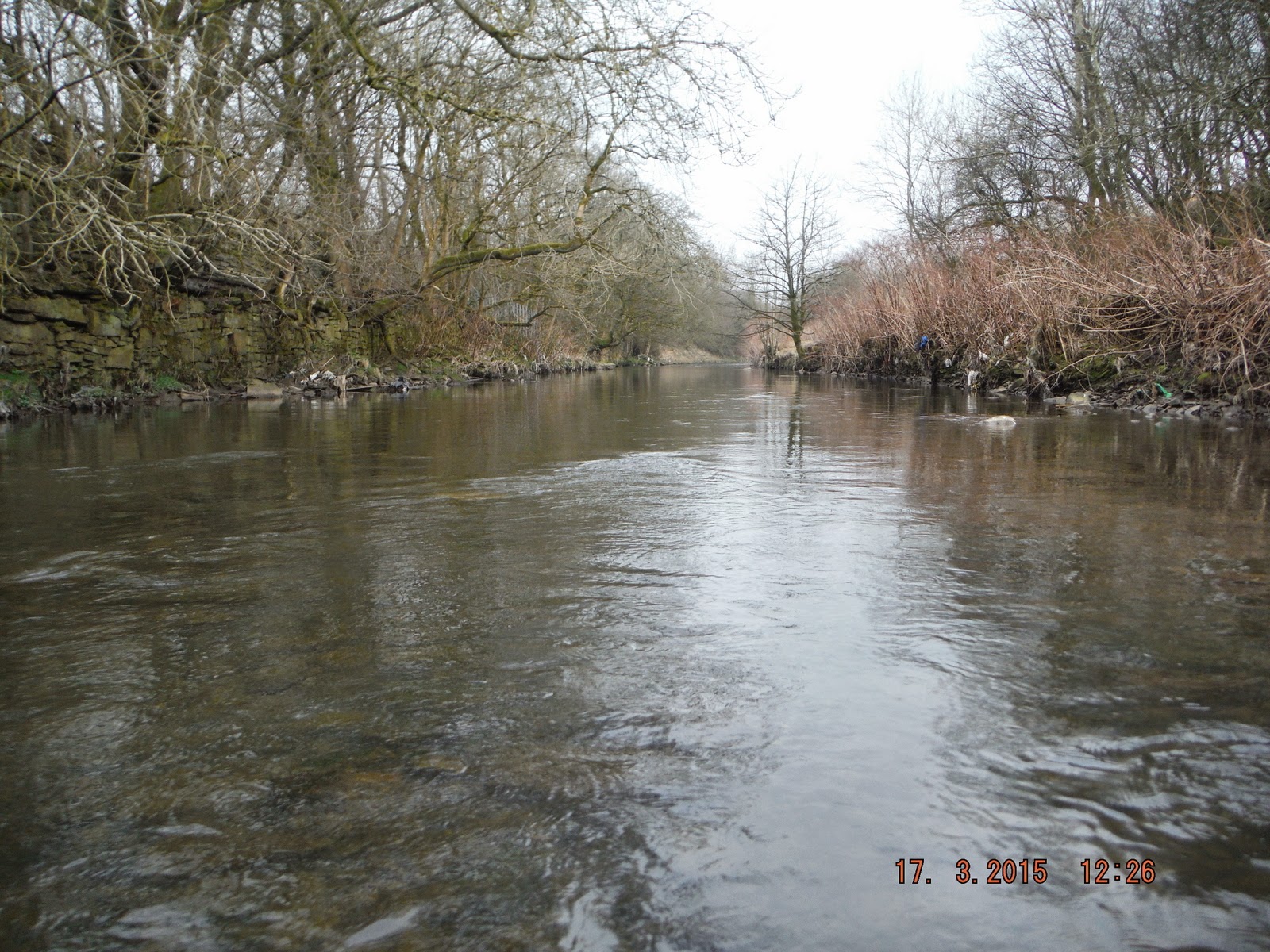 This is just above Ewood Bridge not very deep and hard to fish, you must be in the river gets even harder once the Knot Weed is up.. 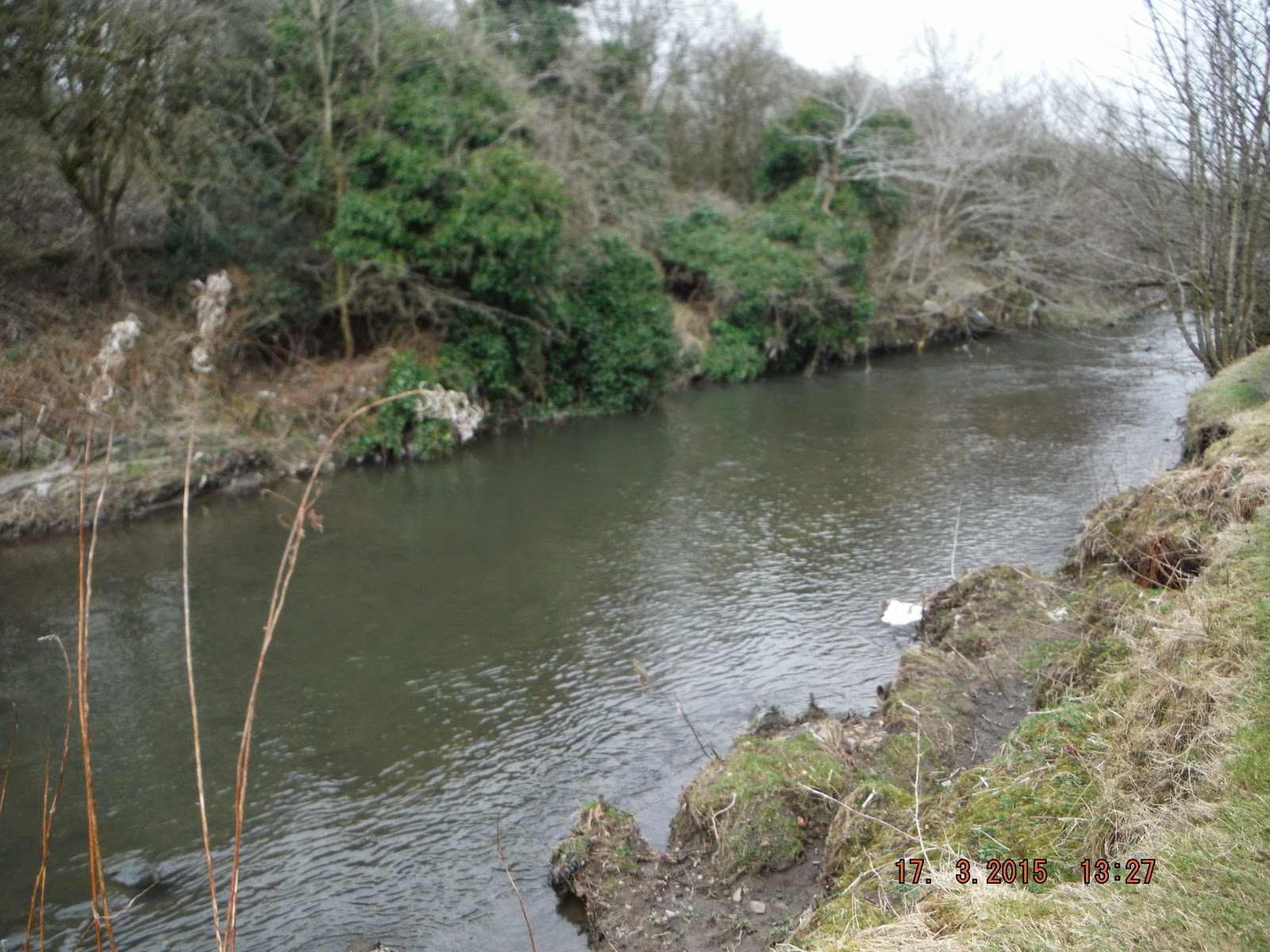 This is a bit easier once  you get down the bank. 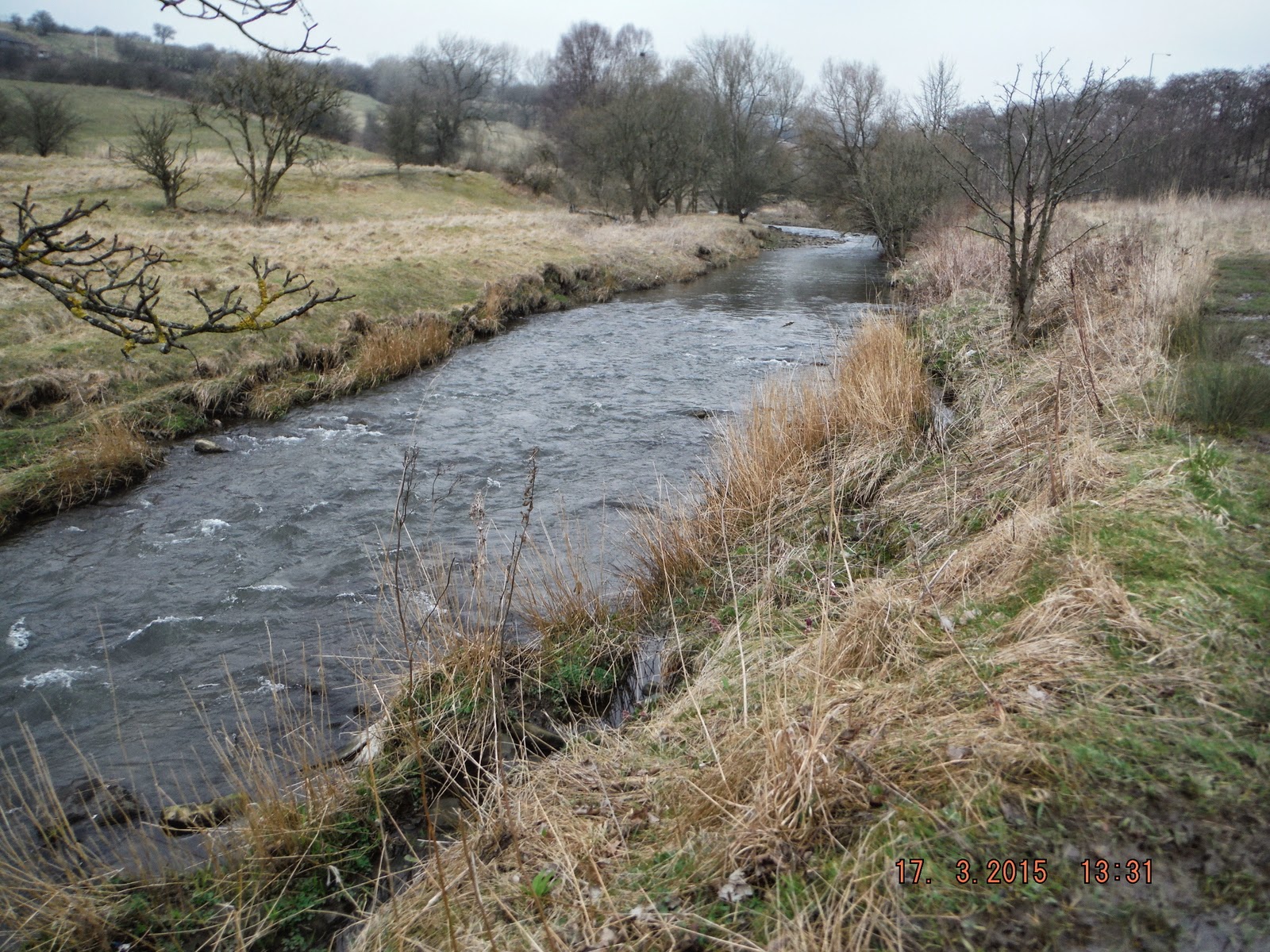 Bank problems again, but normally worth the effort once you get to the other bank.. 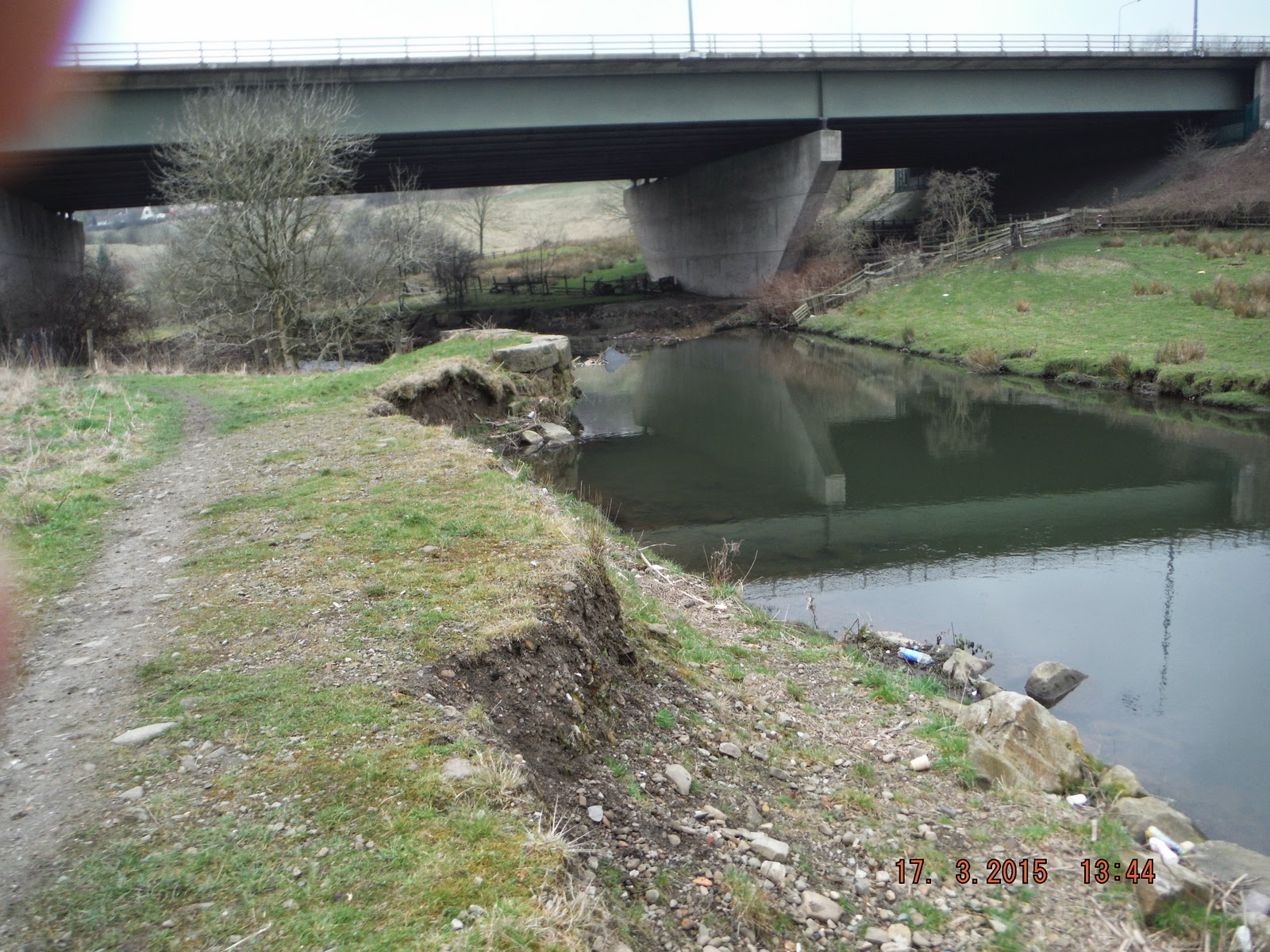 The weir pool looking down river not for wading from this bank.. 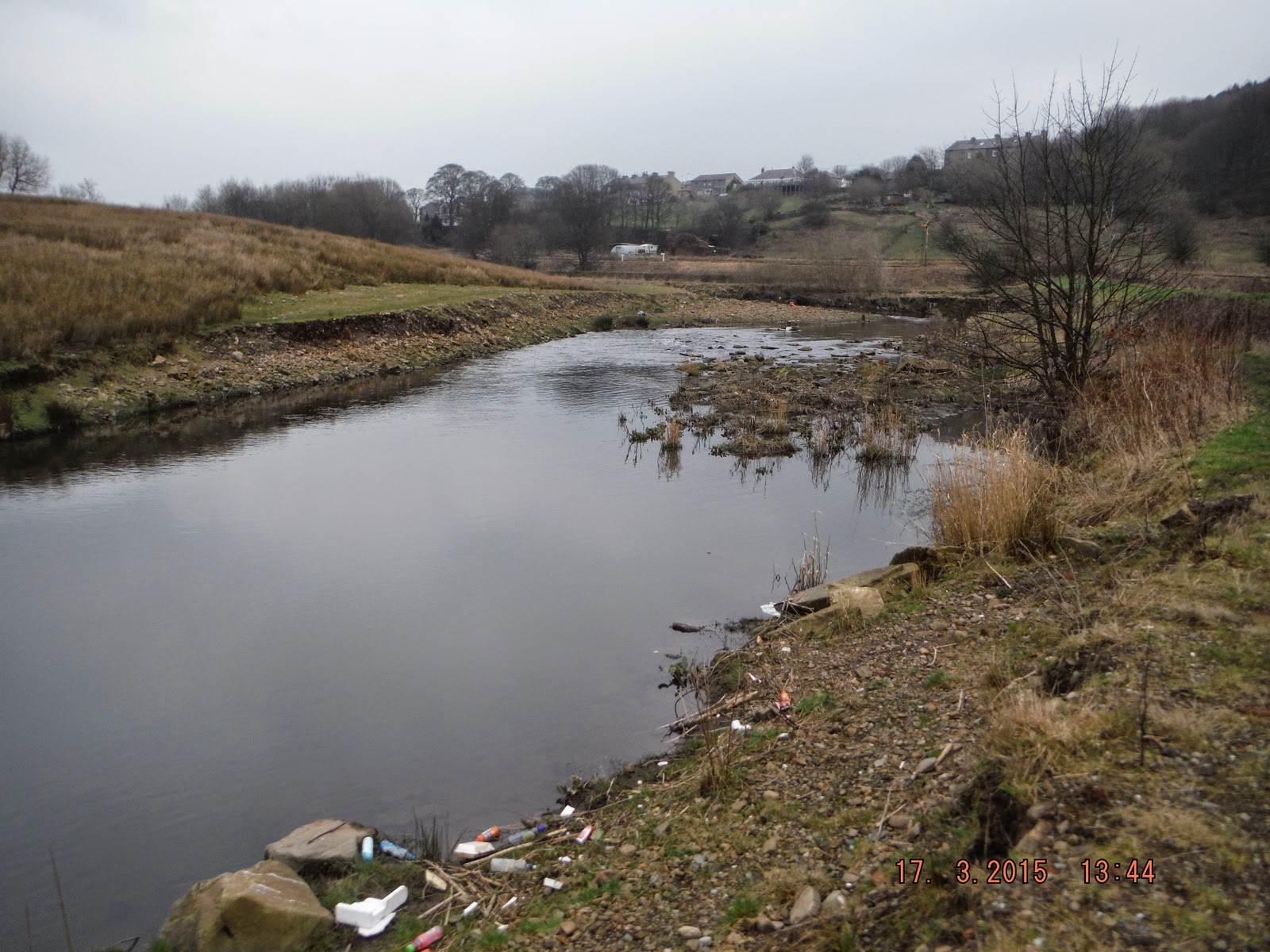 The fish were rising in the water on the left, which made it difficult to get a fly at them without being noticed.

The nymph came off and on went an Adams dry, usually gets results early on in the year. But not today,changed to a Iron Blue and tried again and caught a good fish. 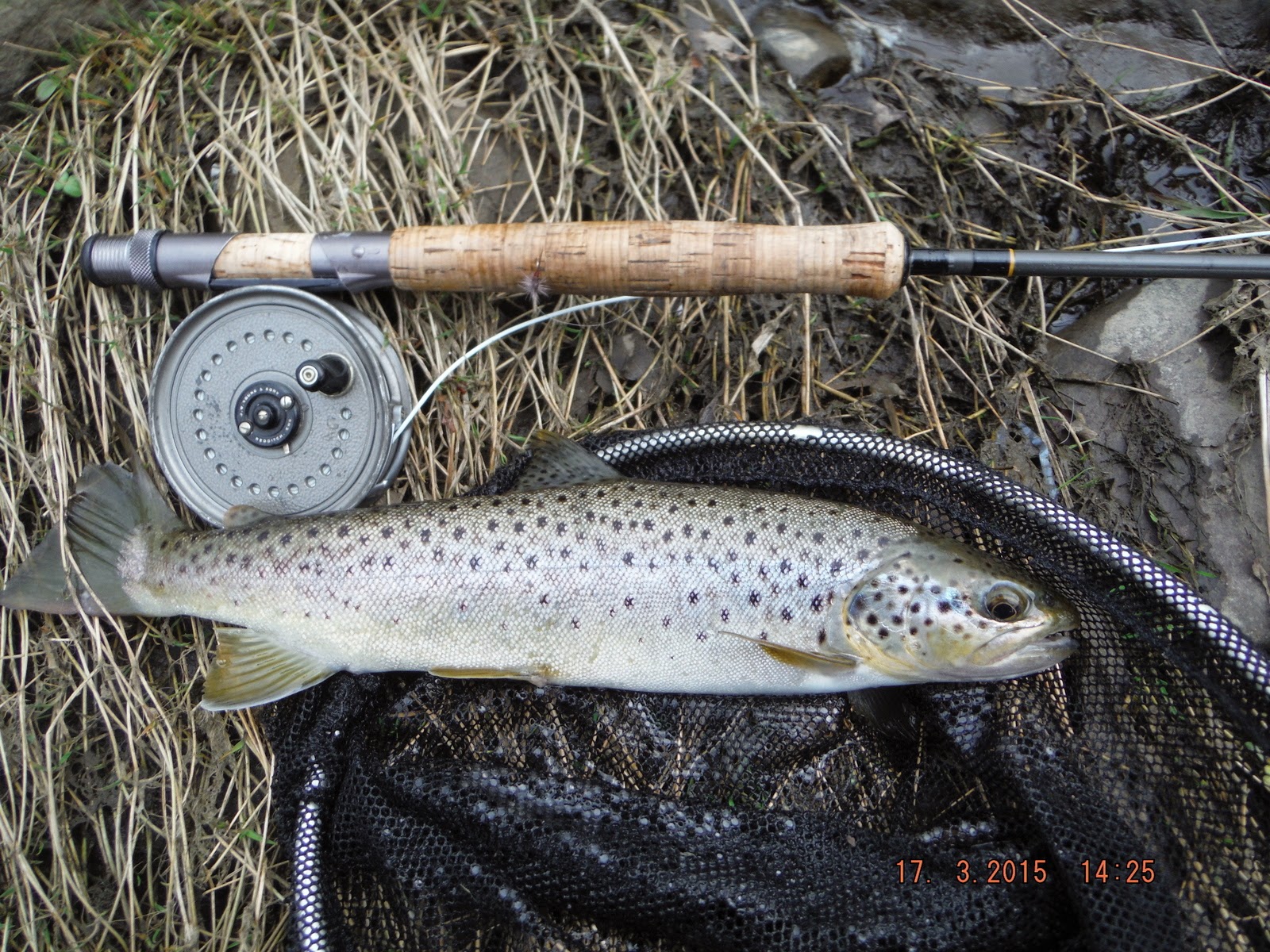 In a lot better condition than the fish I caught on Sunday in the Croal and a bit bigger as well. Put up a good fight and put the other fish down. Moved up to the next pool to another rising fish. No Joy.

Came back down to the weir pool, but no fish on the rise. Started back down river looking for rising fish and casting to likely spots with no results.

Getting colder so of home for a warm up.

Posted by Flyfishing the Irwell and other streams at Tuesday, March 17, 2015