Yesterday went to check the river Croal, prior to opening day, to see the changes resulting from the removal of the weir last year in Moses Gate Park and the winter rains. The river was coming down after last weeks rain and looked OK to fish. 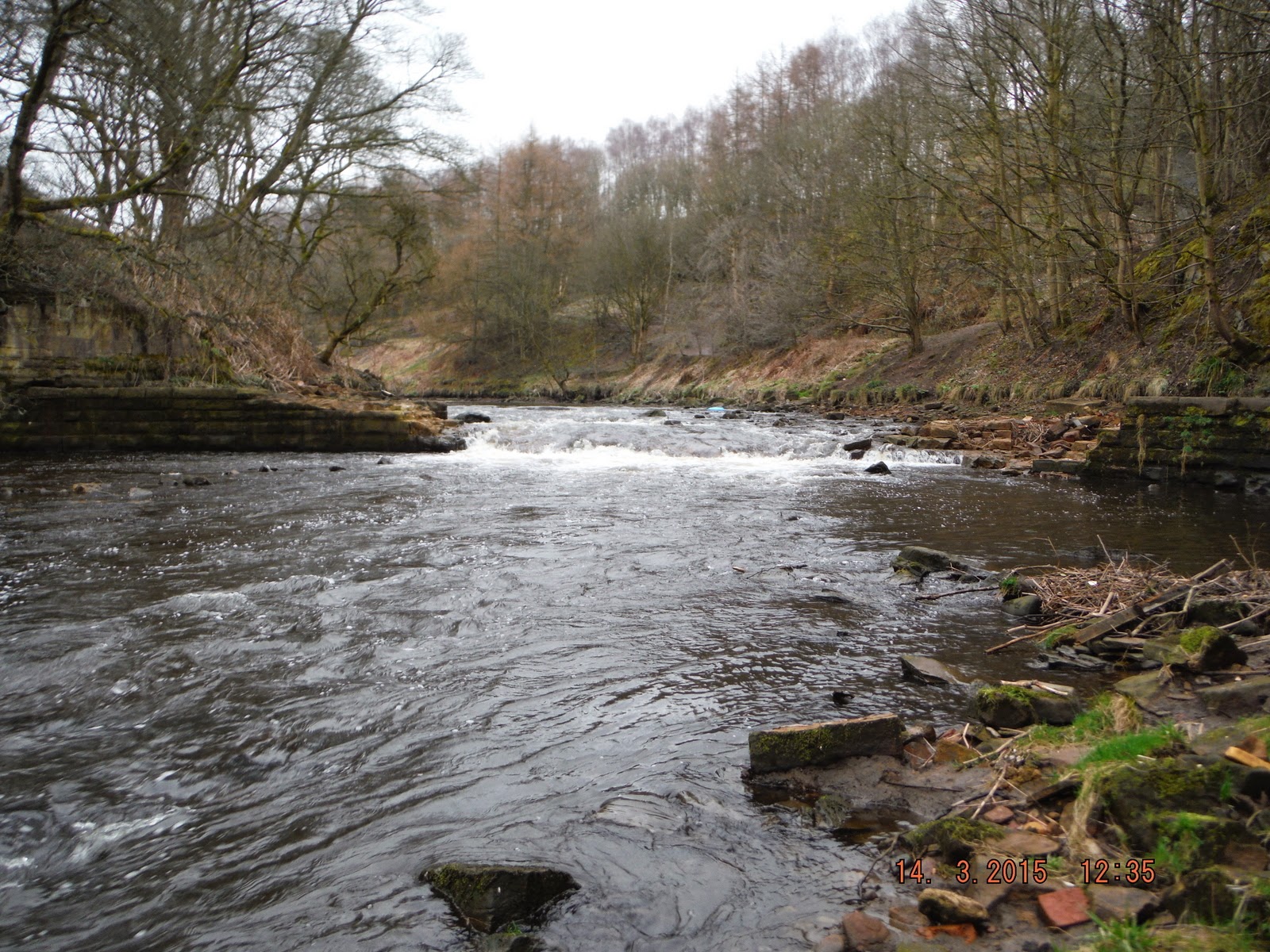 The remains of the weir, I would have liked them to have taken a lot more of it but at least the fish can move up stream to the next weir now. 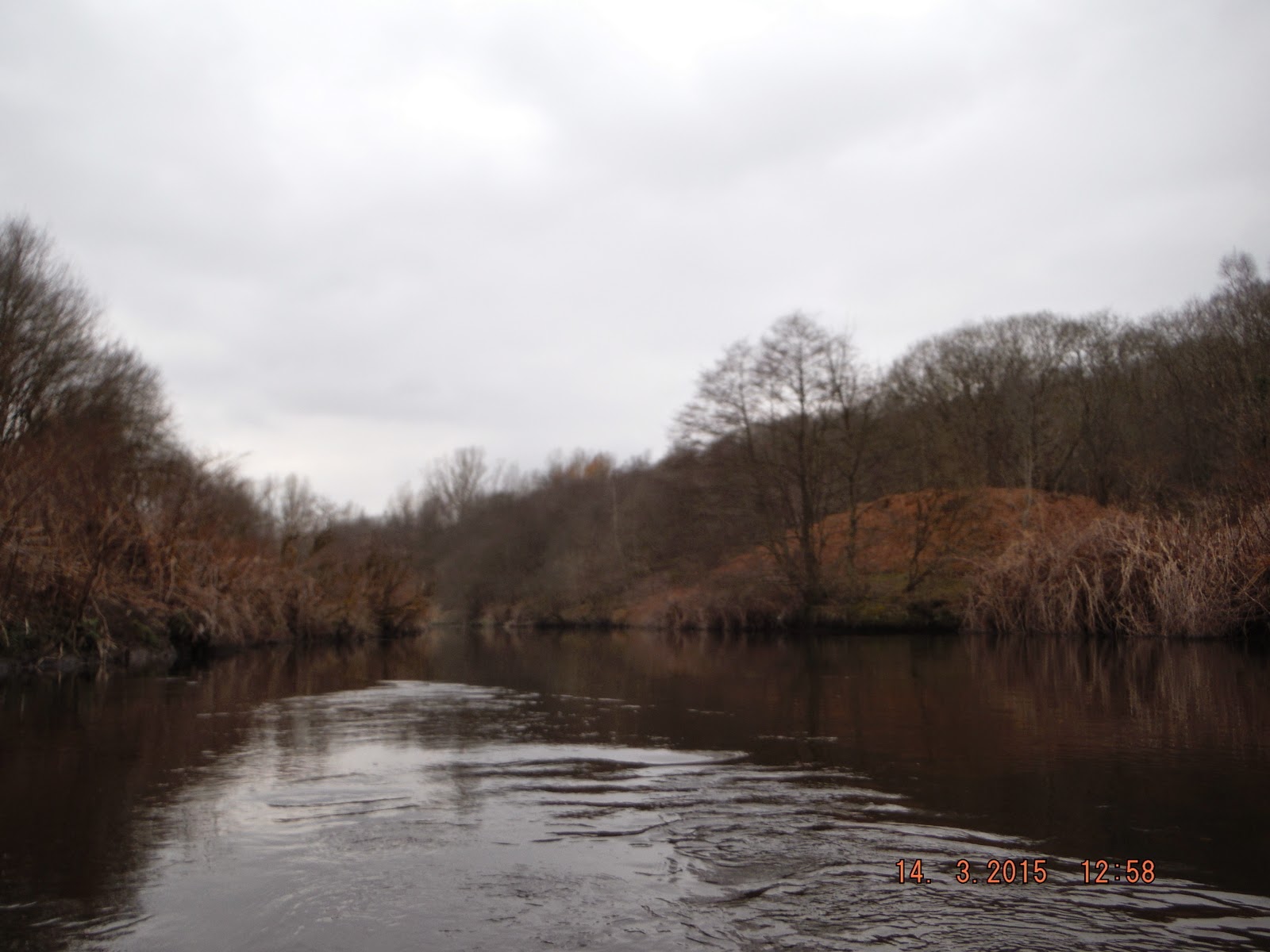 This is the bottom of a long deep glide that starts 150 yards above where the weir used to be. It's to deep to wade and just about unfishable without wading, due to Knot Weed and the height and steepness of the banks. I had hoped that the removal of the weir would make it wade able, will have to see what happens in the summer when the the levels are lower. 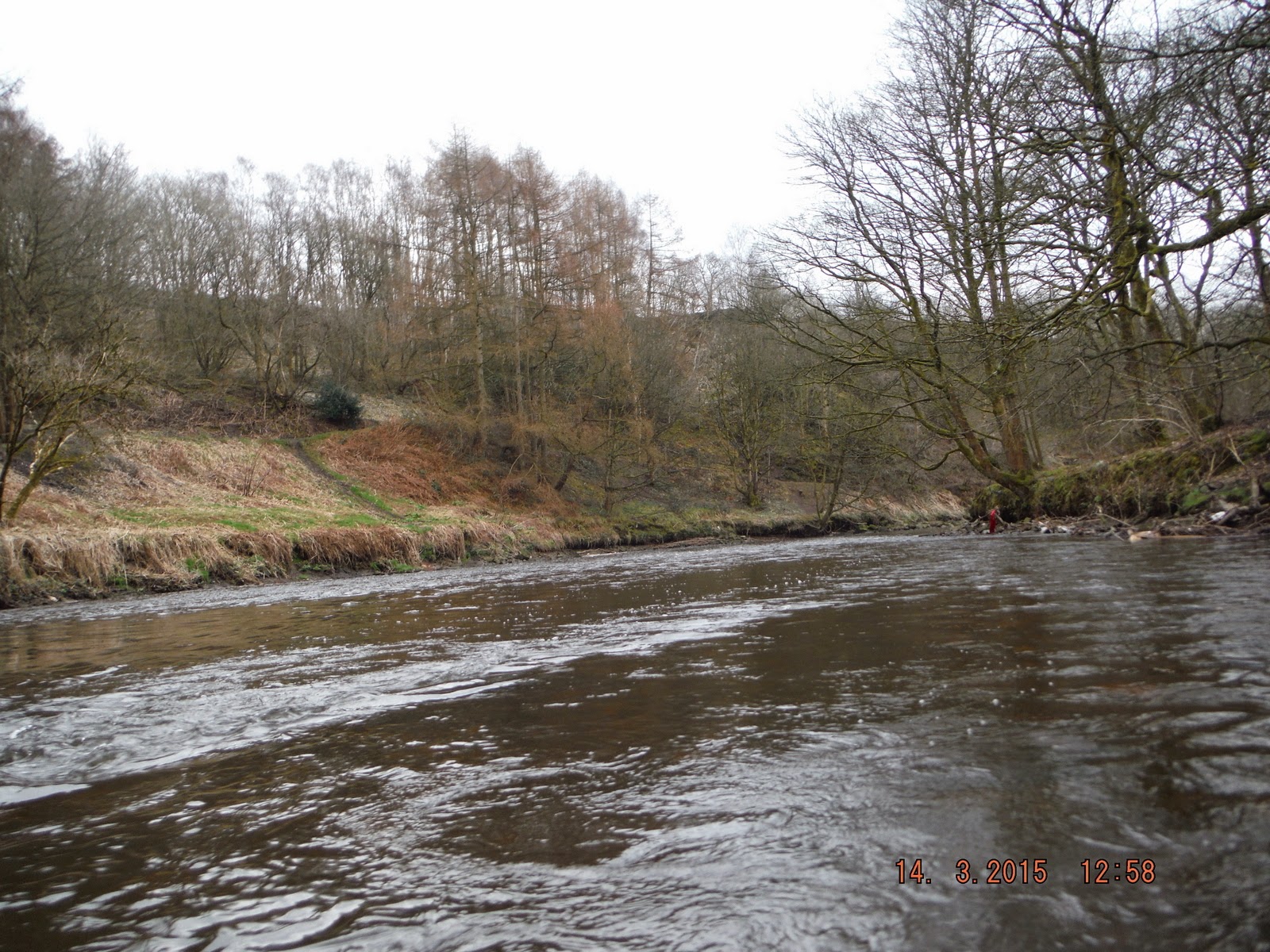 This bit is now better for fishing, the weir is down passed the trees on the right, except that the dogs like to take a dip here.

Sunday 15 March started with a cold wind and overcast, and stayed that way for most of the time I fished. 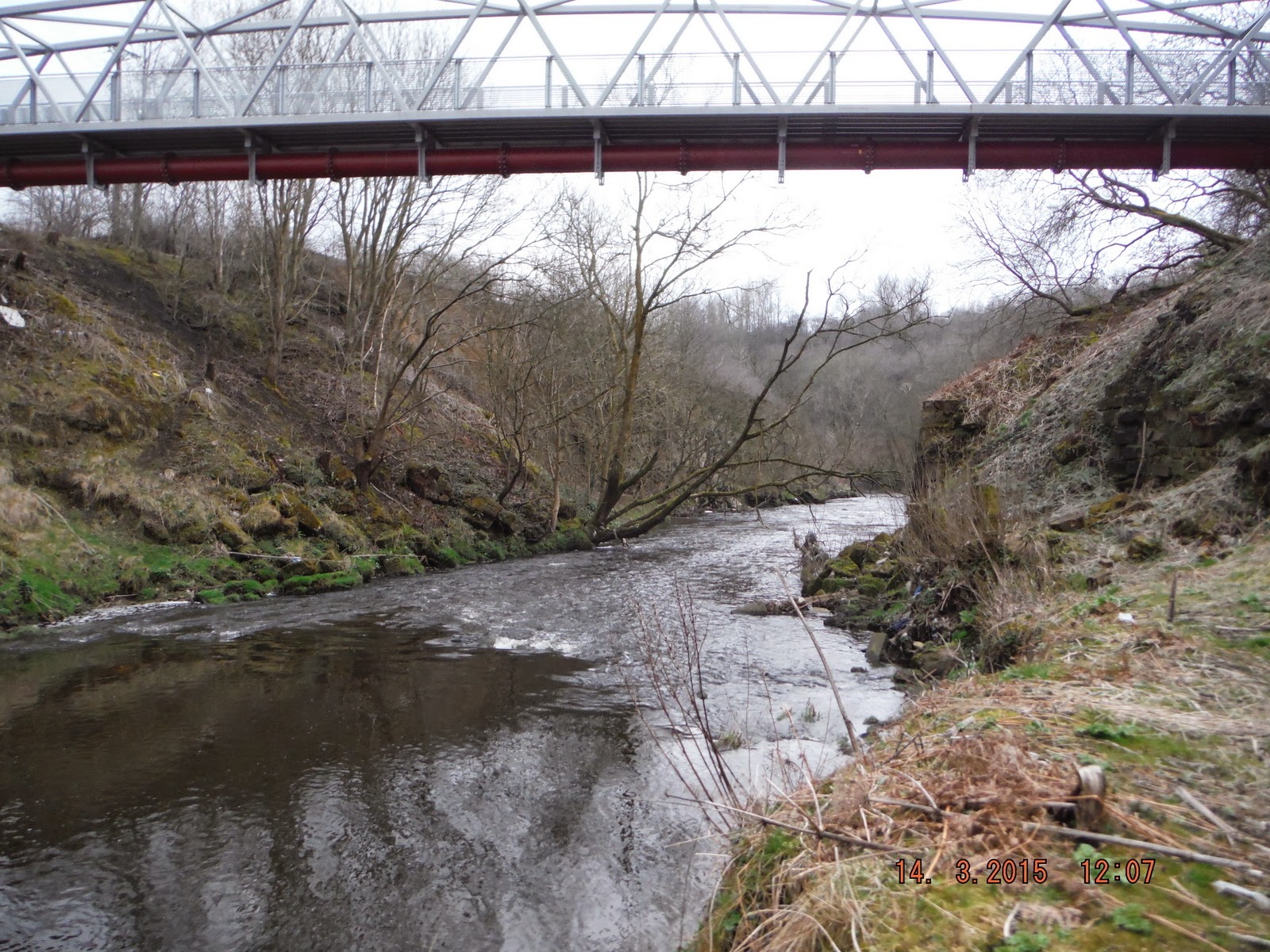 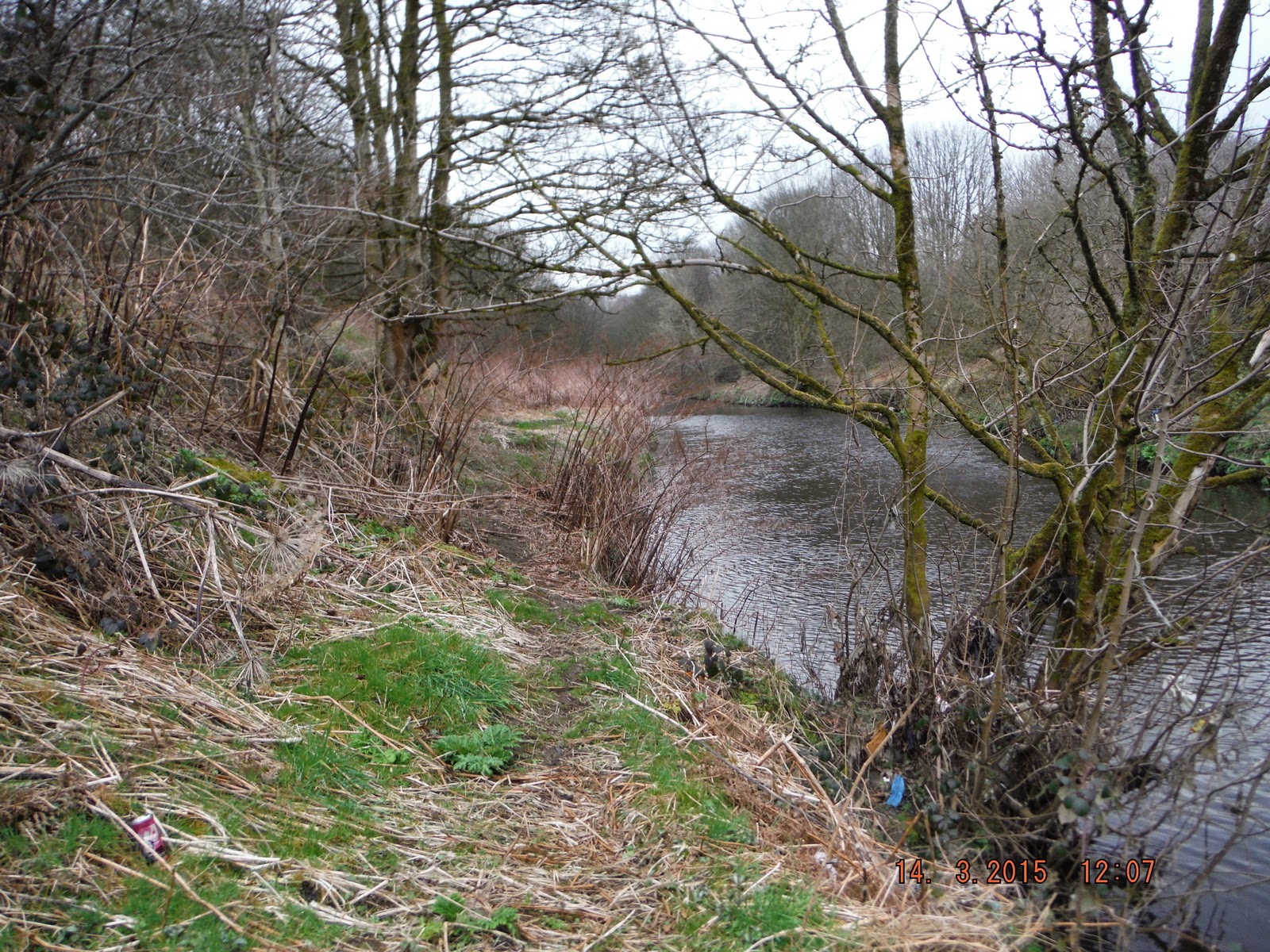 Started moving up stream, not easy fishing  unless you get in the water. 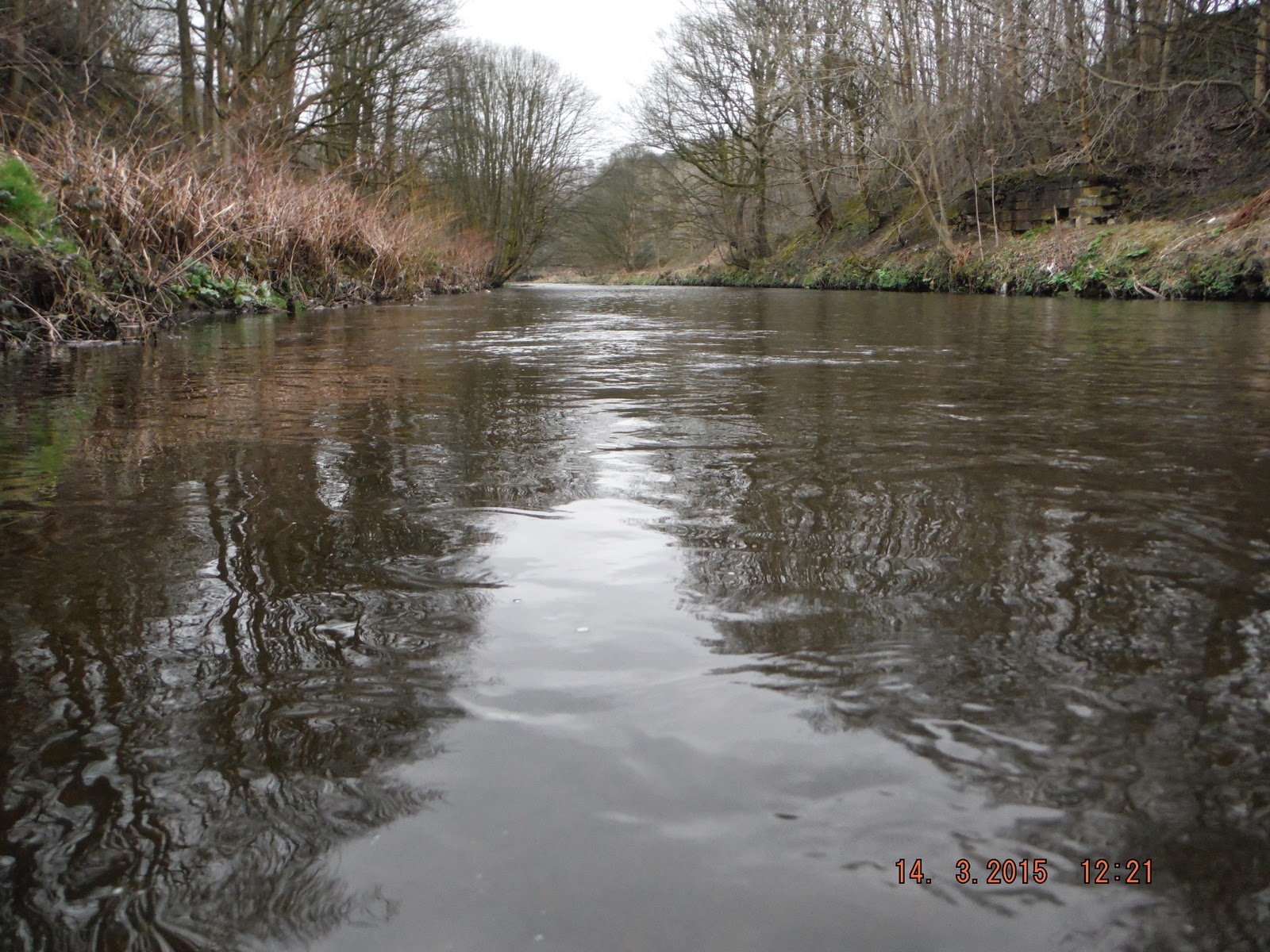 Which I did where I could, still no fish. 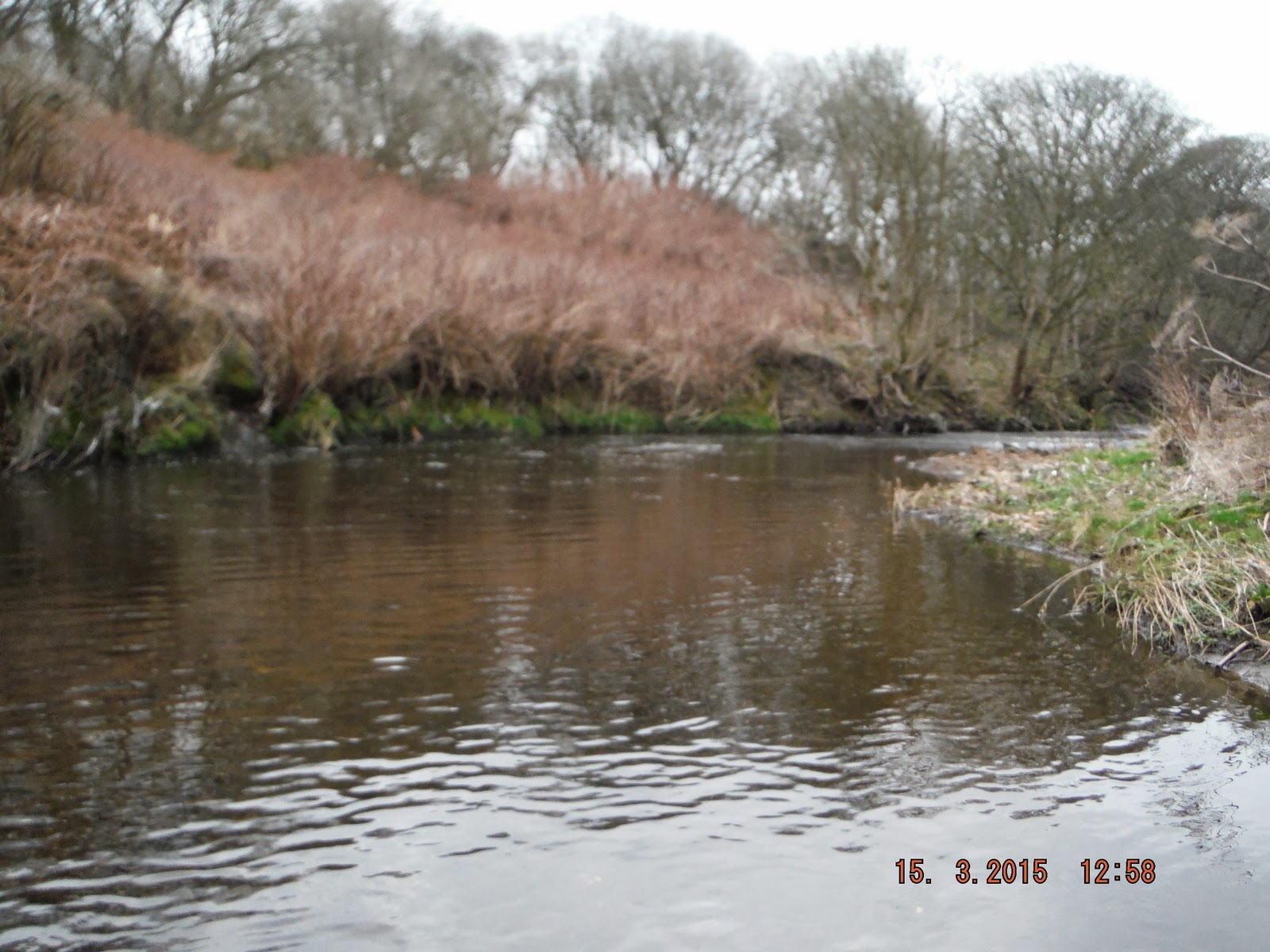 Got nothing but cold until this pool not far down from the weir. 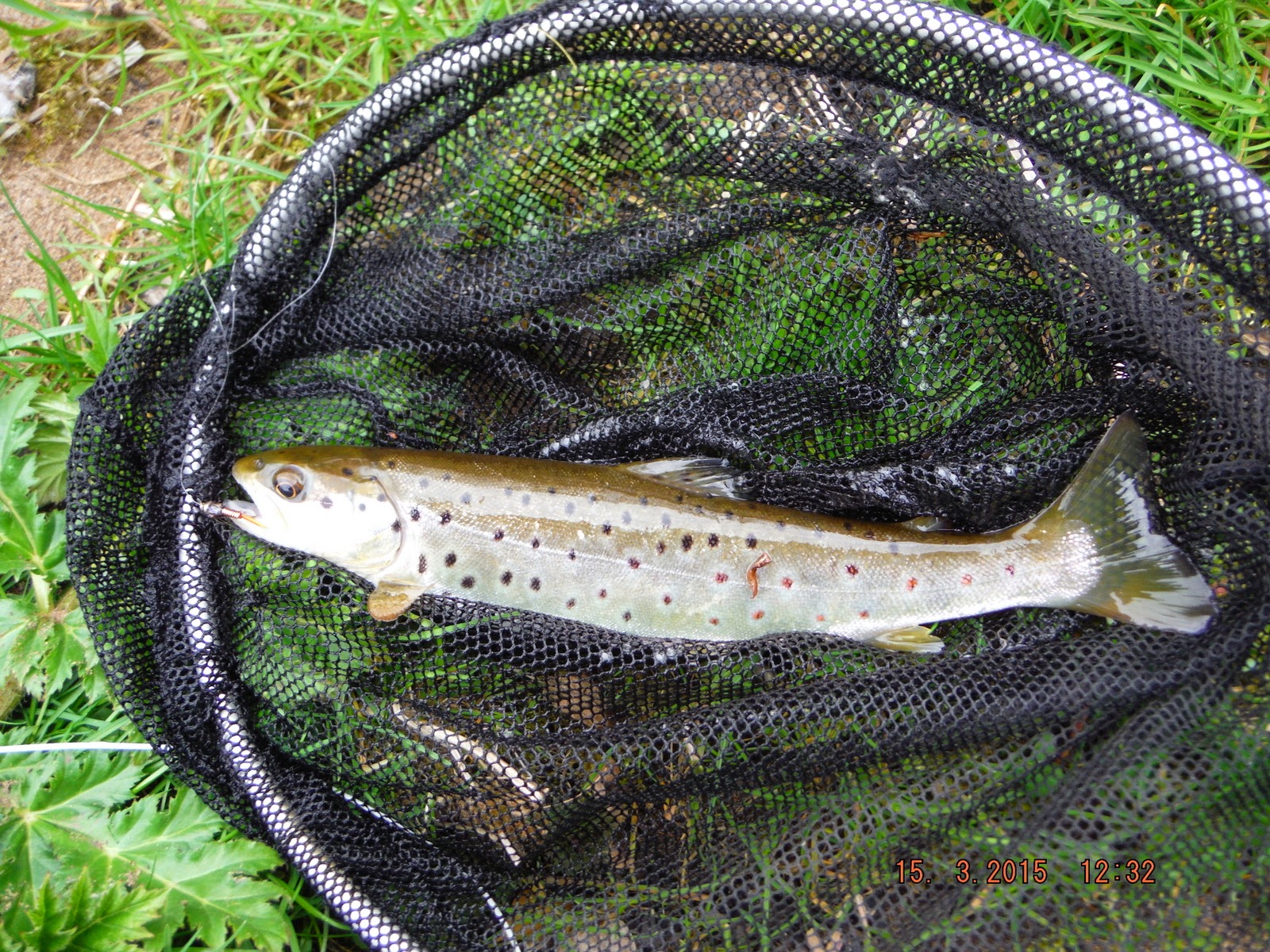 Where I caught my first and last fish of the day. Quite long but thin, hope it had used it's energy in spawning. 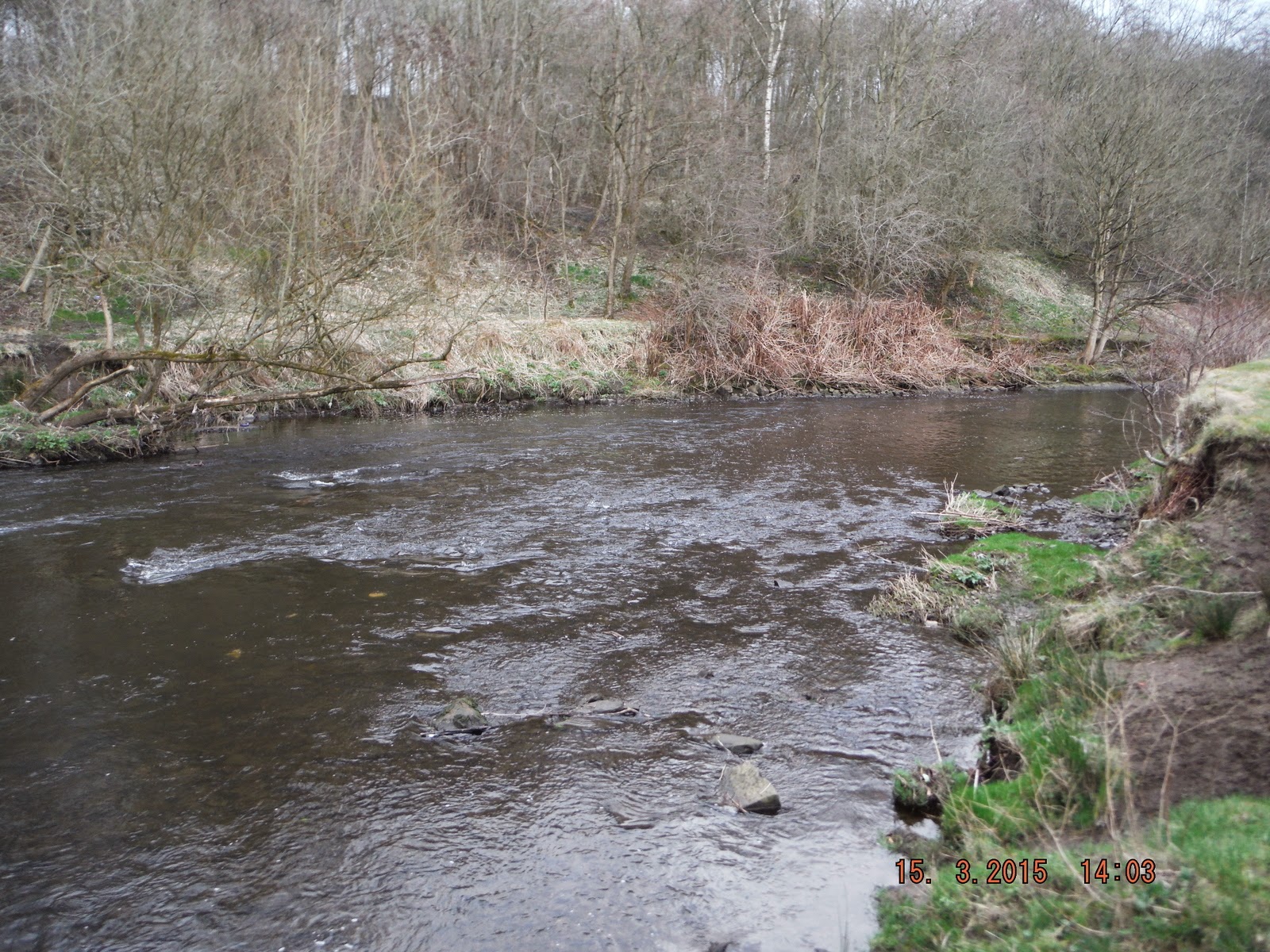 This is further up stream at the top of the long deep glide, looks promising but provided nothing. 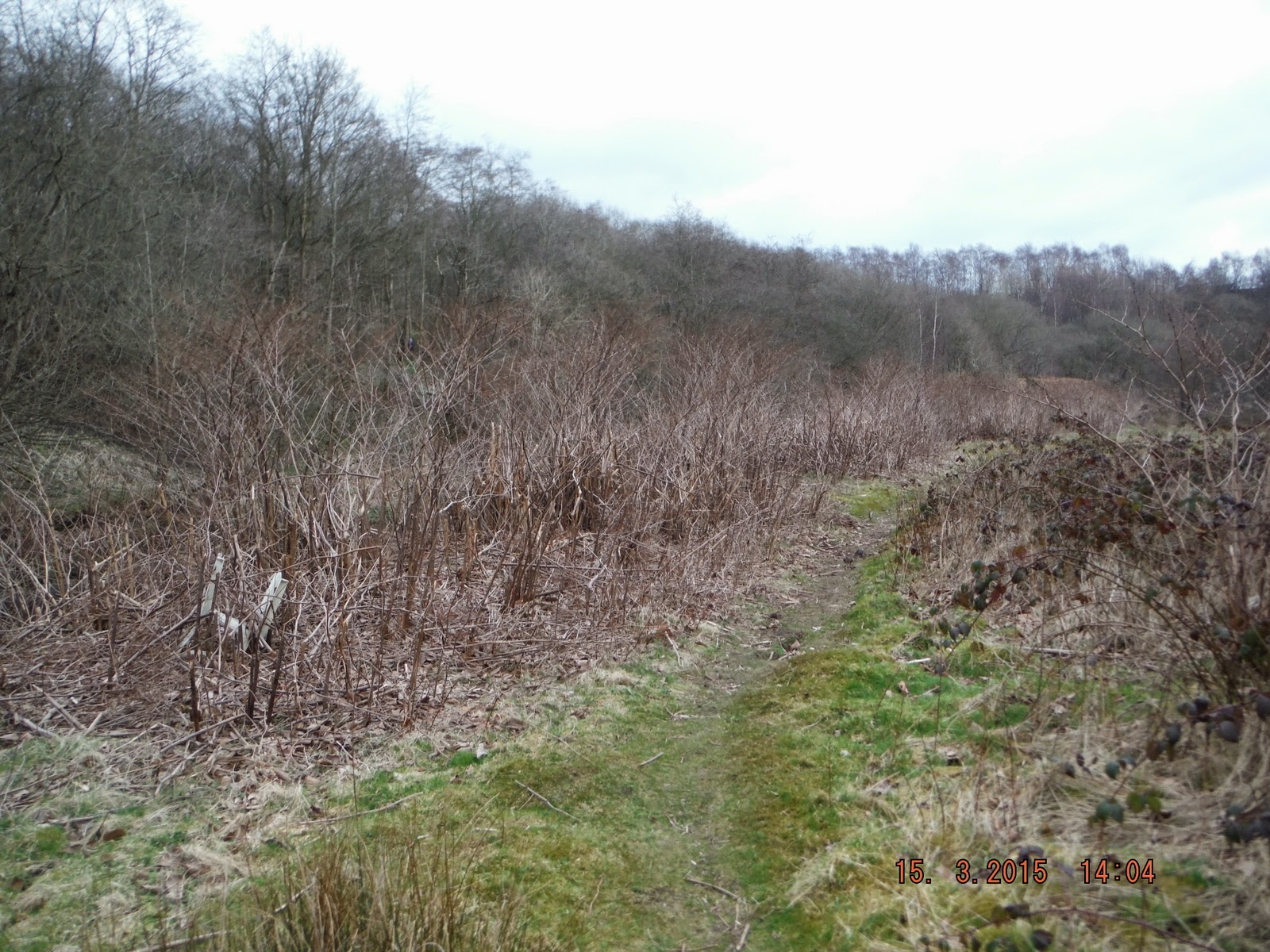 To the left of this Knot Weed is the river and the long glide I mentioned, not that you can get to it. 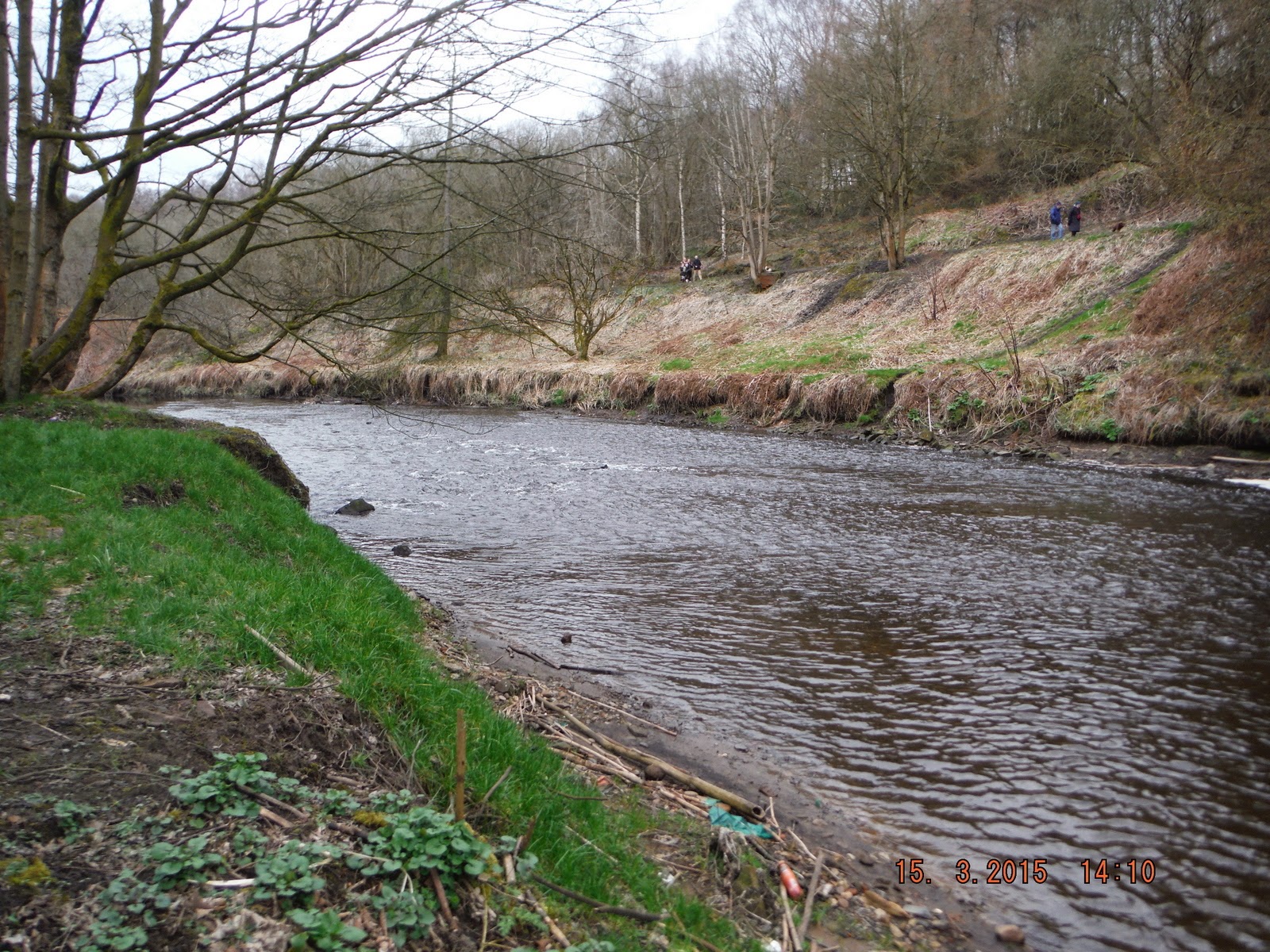 Back further down nearer to the weir. 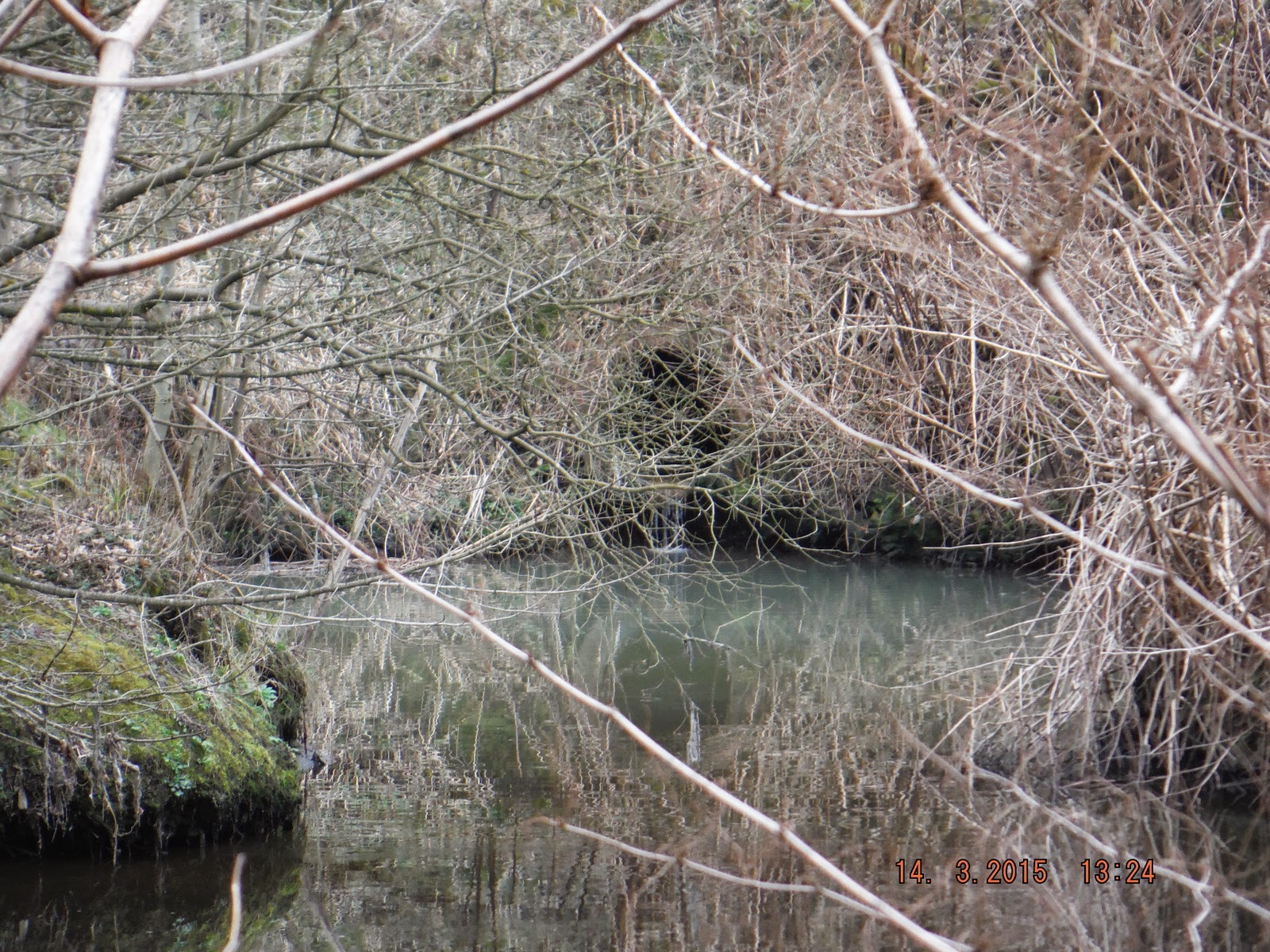 Yes it's smelly sewage water the you cannot get away from it on every stream and river in the area.

Posted by Flyfishing the Irwell and other streams at Sunday, March 15, 2015