Rubbing down and painting on instruction from my better half took care of the morning. I wanted to see a film called "Lucy" with Scarlett Johansson it did not start until 4:15 so I had 2 hours of fishing Eagley Brook which is next to the cinema complex.
Couple of fish rising, Olive dry fly got a couple of looks without anything in the net. Further up the brook, where I hooked 3 spiders in a tree last week, I could see another chap fly fishing. Decided to walk up for a chat and find out which way he was going so I could keep out of his way.

Turned out he was just about to pack in but still had time for a chat. Help me get my spiders out of the tree as well. As usual, I probably kept him talking a bit longer than he would have liked.

Anyway my "Baker" friend as soon as you left I caught a couple of small ones below and above the weir, then went to see the film. Pretty good film, hard not to be with Scarlett in it. 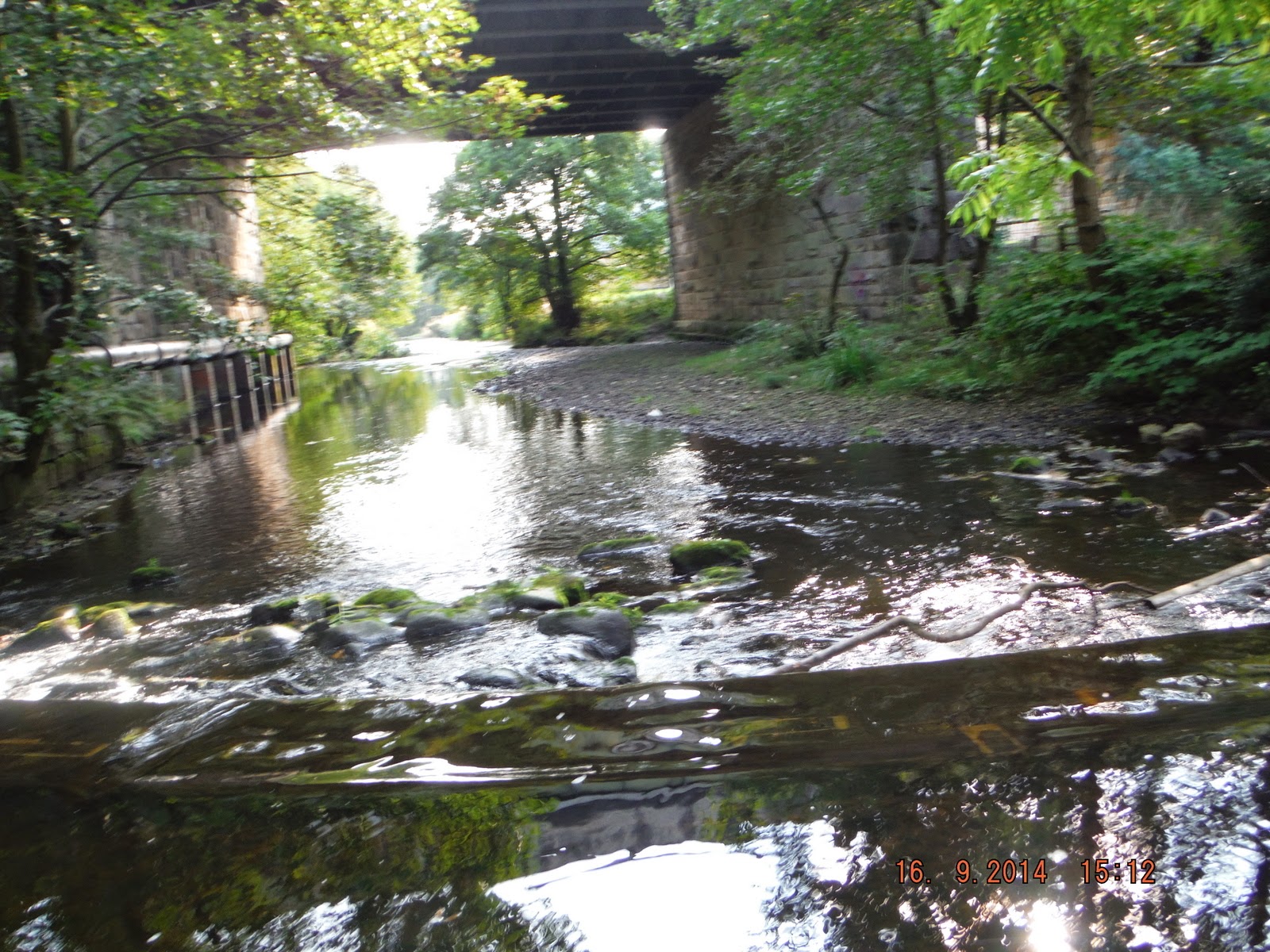 Looking down from above the weir.
Posted by Flyfishing the Irwell and other streams at Wednesday, September 17, 2014