When I got down to where the Limey joined the Irwell I started on up the Irwell. A bigger river than the Limey, but with the same problem. THE WALLS. 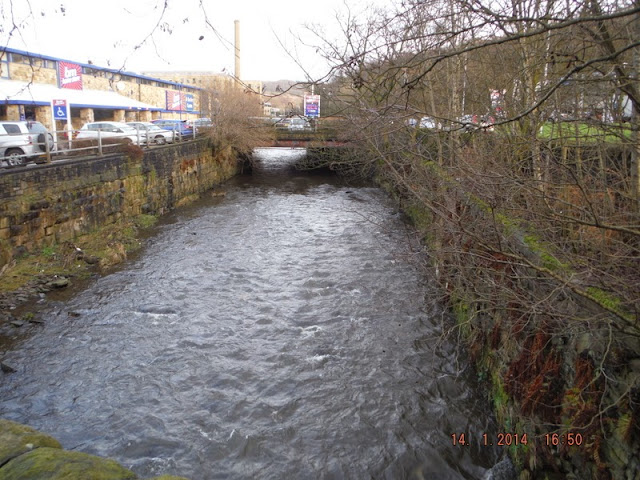 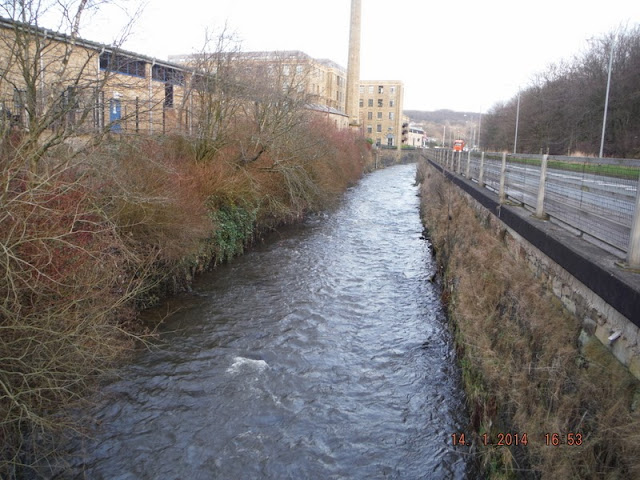 What can I say, its a river , but not as it should be, and its not going to change. At least it cleaner than it used to be and there are trout in there. But how do you get to them. 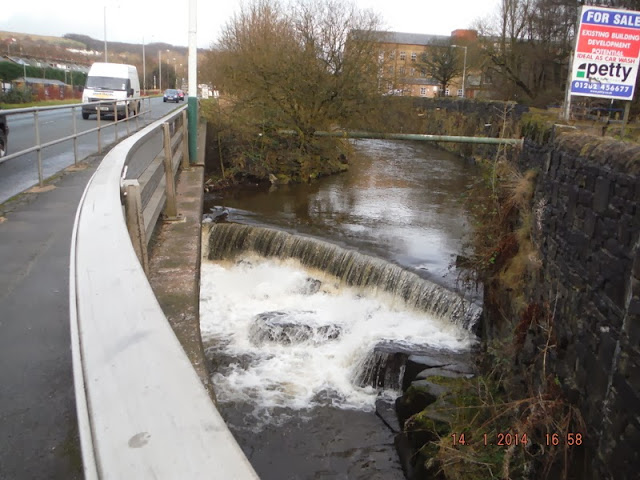 Under the road and more walls. 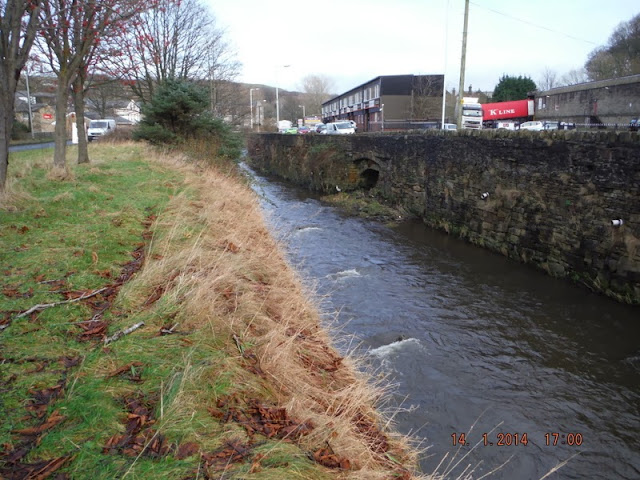 At least there is a bit of grass here, but its still eight foot down to the river. 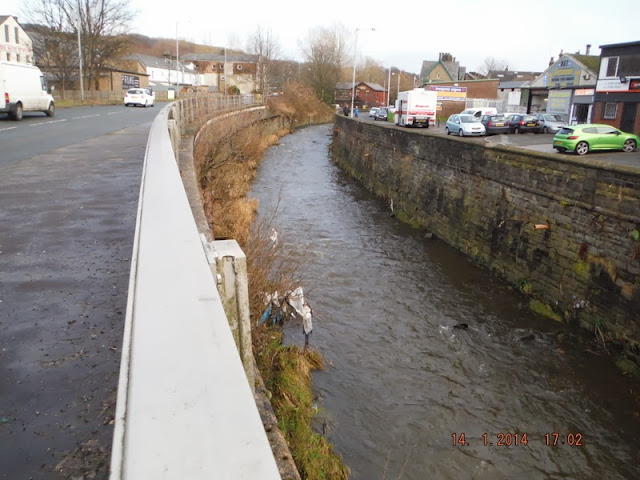 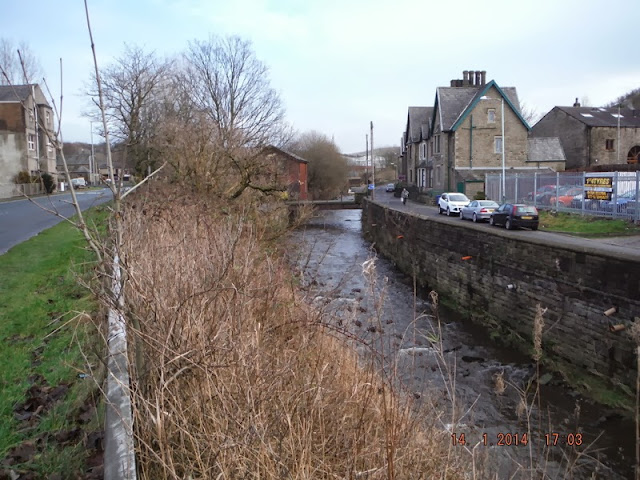 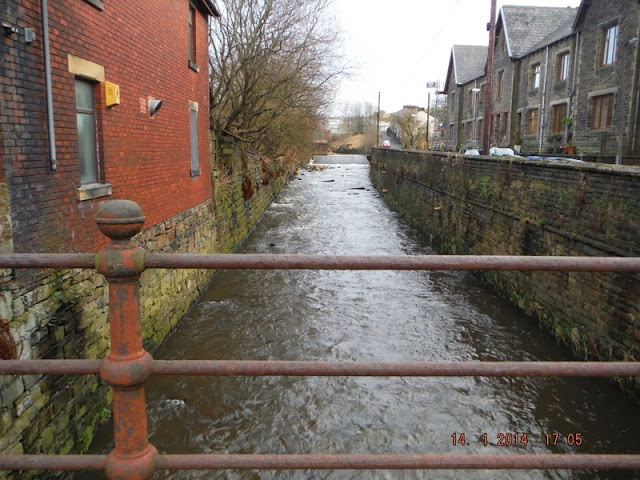 Not getting any better. 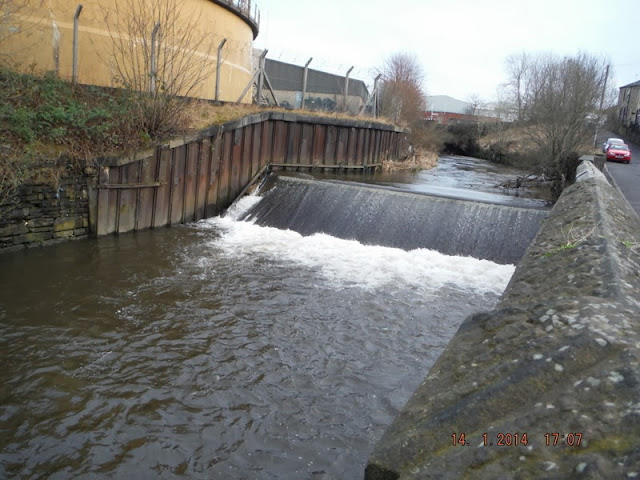 Just to make sure the trout can not move up river to spawn, a nasty weir.and then into a tunnel. 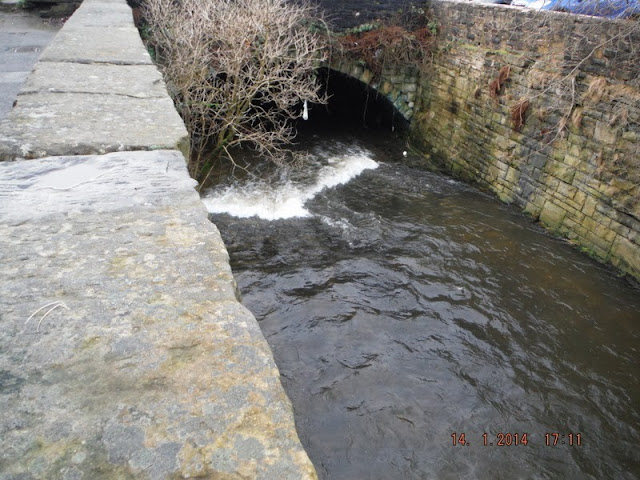 Quite a bit up it comes into the light again. 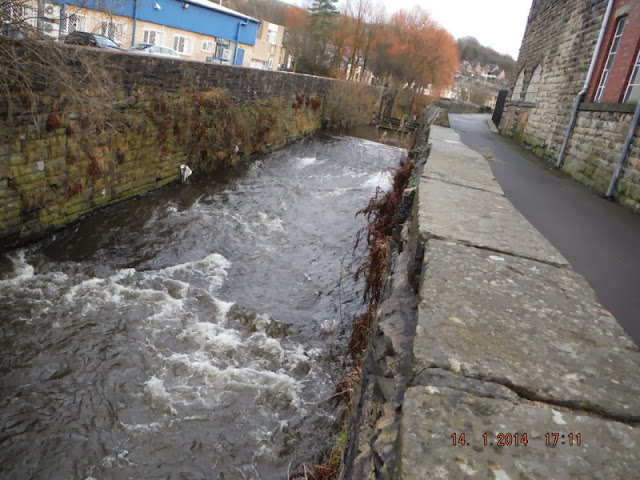 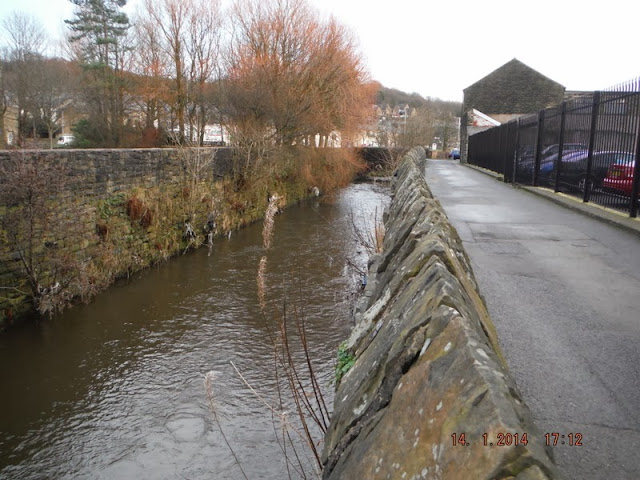 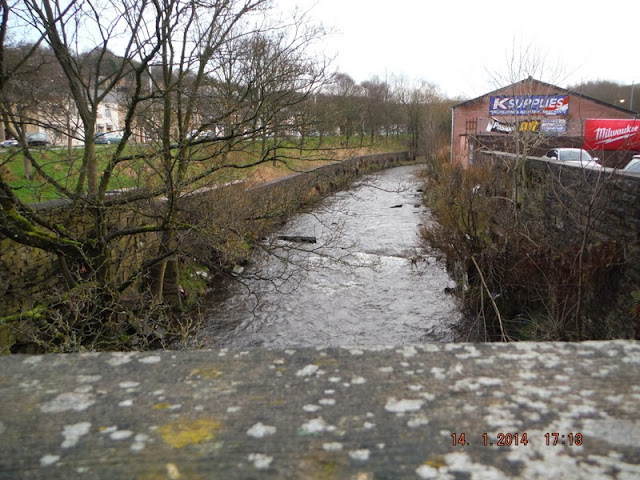 Under another bridge and still no access to the water 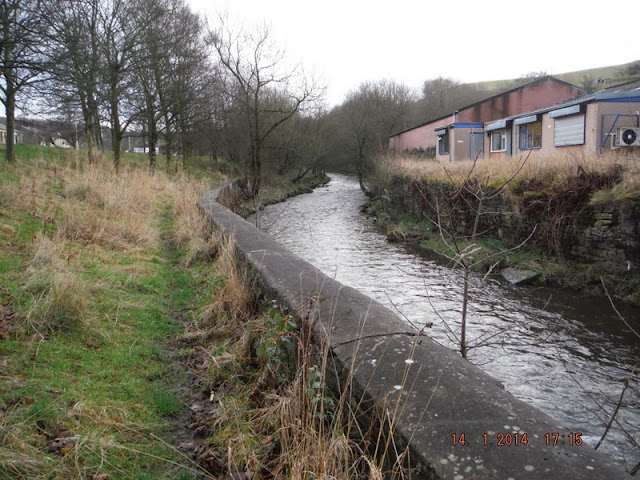 Looks like we may be able to get to the water at last. 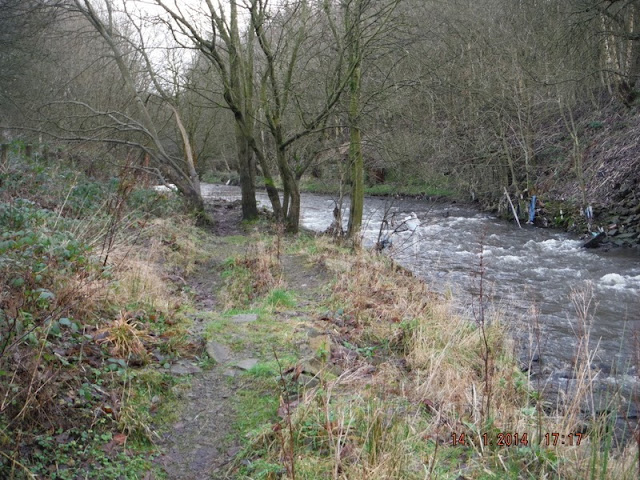 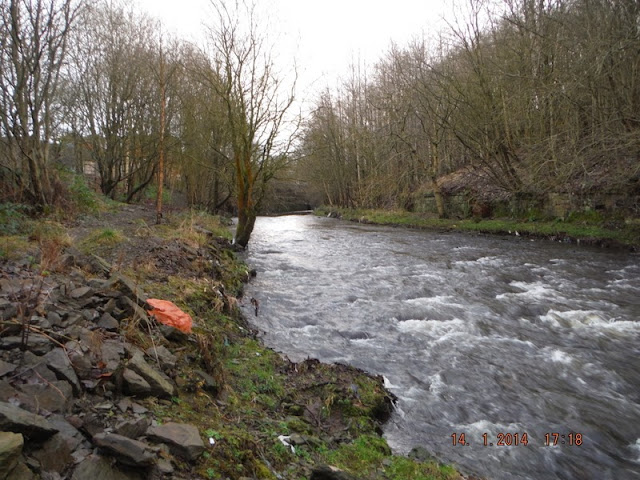 Look quite open might even get in with a 8 foot, mind when the leaves are on the trees it will not look so open. 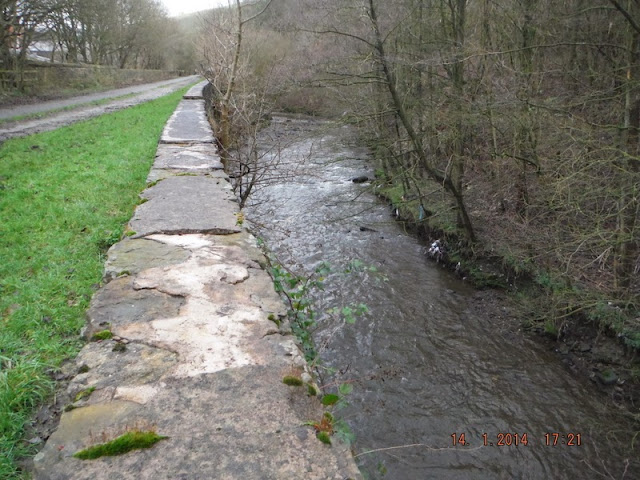 Didn't last for long back to the walls. 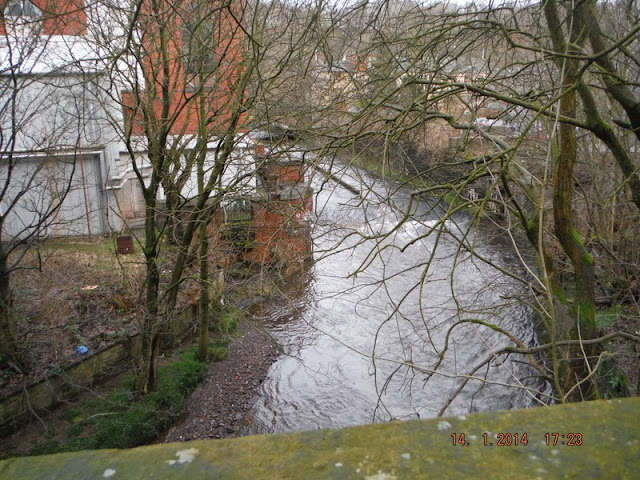 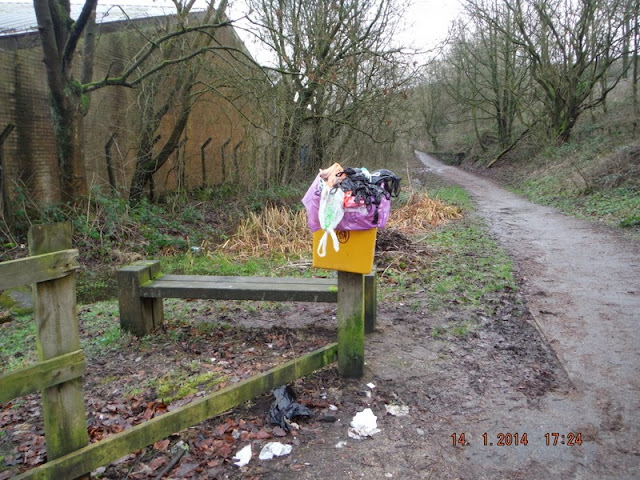 What is it about DOG owners that makes them think that this is acceptable.
Benjamin Franklin said the two certainty's of life where "Death and Taxes" I think it should be change to three. Death Taxes and DOG SHIT. the curse of anybody who walks in grass, in fact any body who walks anywhere. 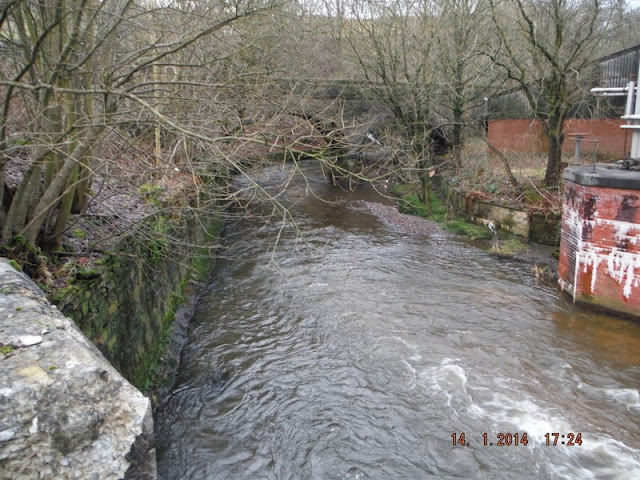 Looking back down river. Still no chance. 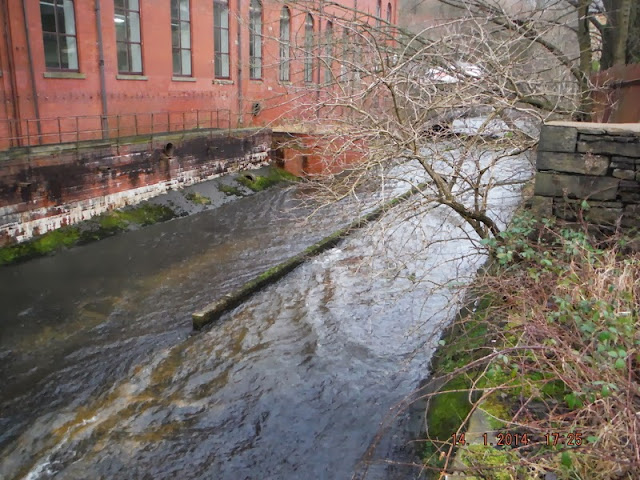 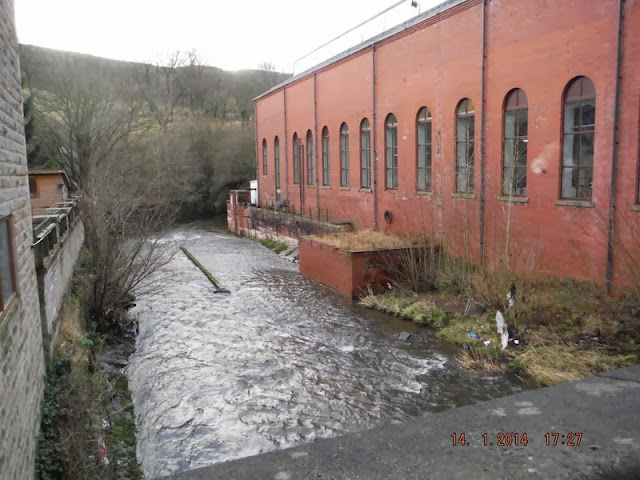 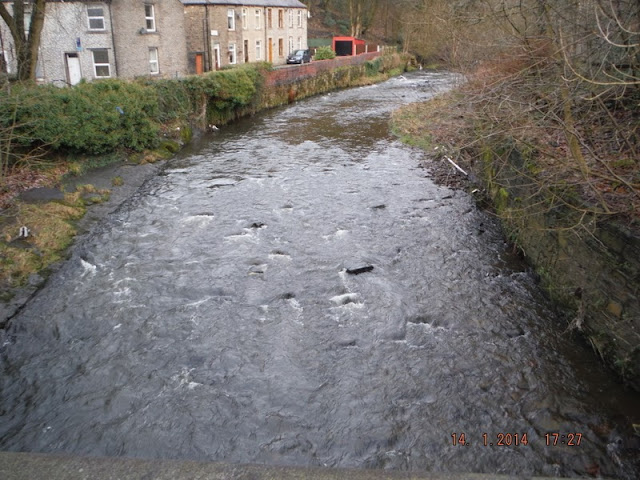 Decide to call it a day. Just noticed the time on my camera is wrong there's no way it was half past five when I took this one. Must be on Cyprus time from my holiday.


Well I found one bit of river that I might be able to catch fish, come the season, only two months to go.

Posted by Flyfishing the Irwell and other streams at Tuesday, January 14, 2014