Just below Ewood Bridge is Irwell Vale Sewage Works which has 3 outlets from which treated effluent is put into the river. The top one is by the rail bridge. 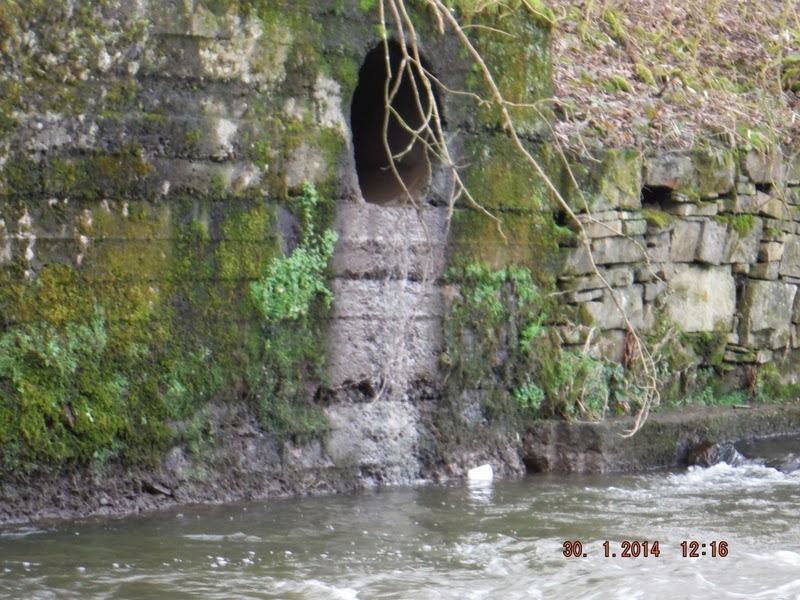 The other 2 are at the bottom end of the works and are close together. You can see the effluent but not the pipe I couldn't get closer as it is private land.

Down river at the Irwell Vale Bridge where the River Ogden joins the Irwell. 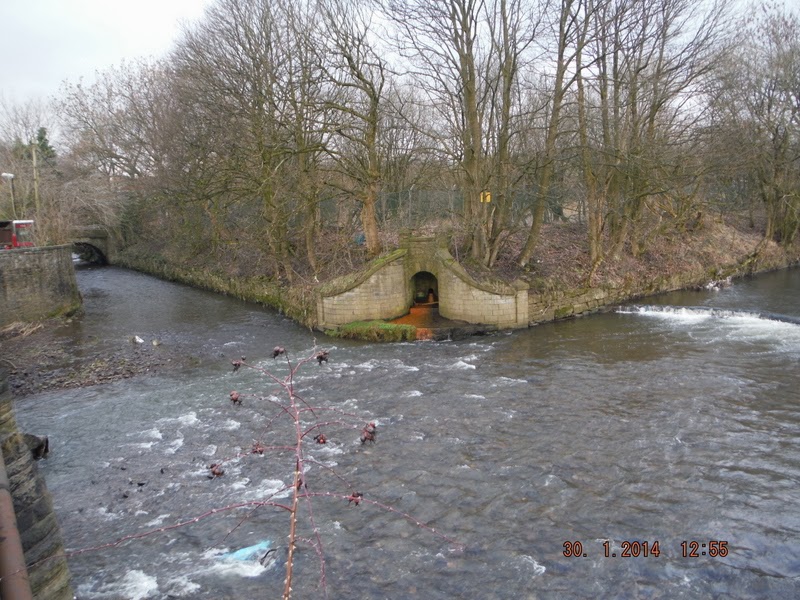 That's the Ogden on the left the very fancy outlet which comes from land which is part of the sewage works, don't think it is used any more, for effluent anyway.

Went up the Ogden and found 2 large pipes, not sure who's or what they are. There is an outlet up the Ogden don't think theses are it. 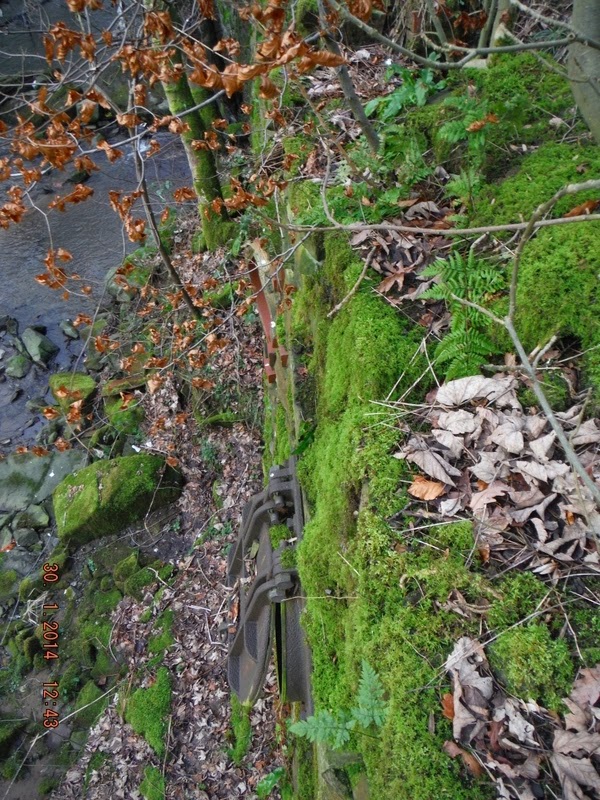 Back down at the bridge, what looks like a very old disused outlet. 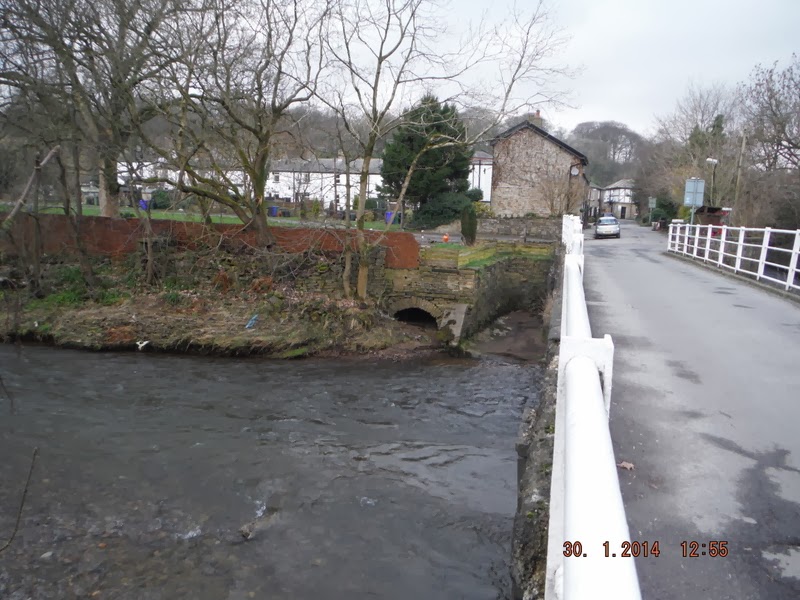 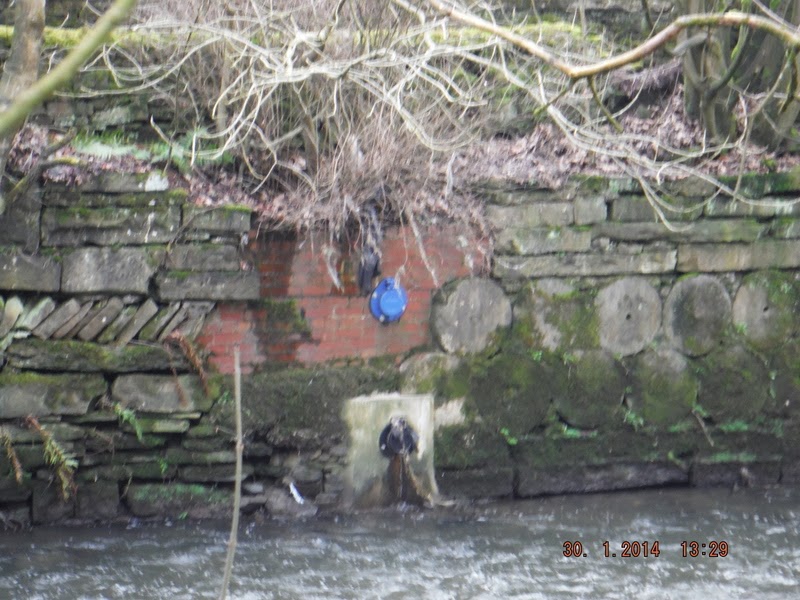 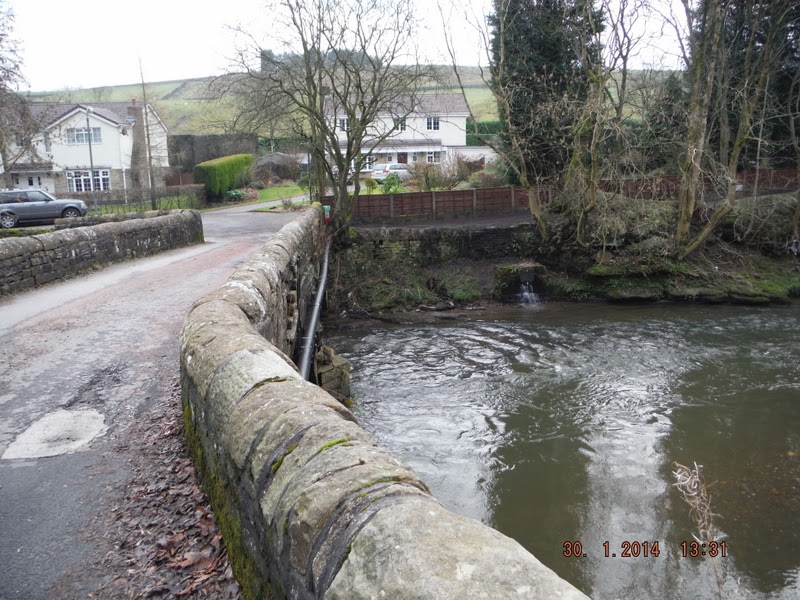 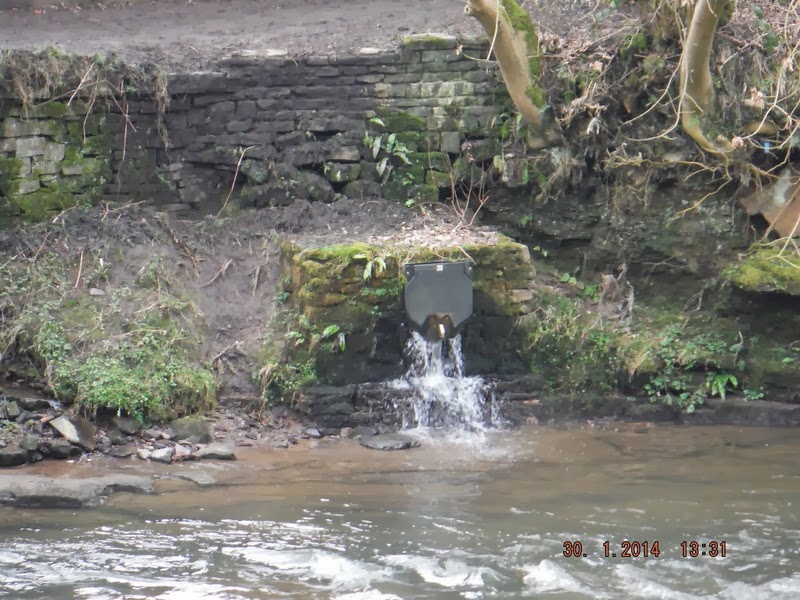 Looks clean, could be that it is a culverted stream that come under the East Lancs railway line.
A little down from this one there are pipes crossing the river with outlets by them. 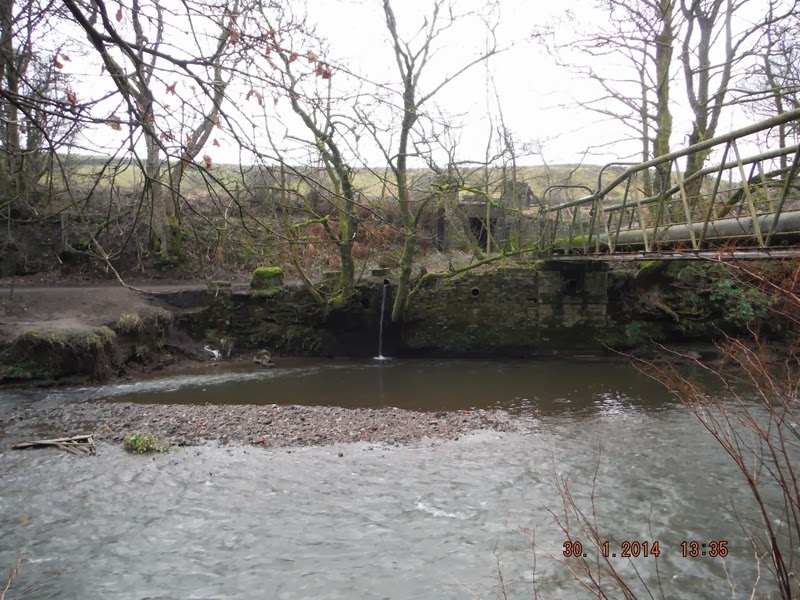 In the background is the rail line so again I think the water is a culvert under the line. 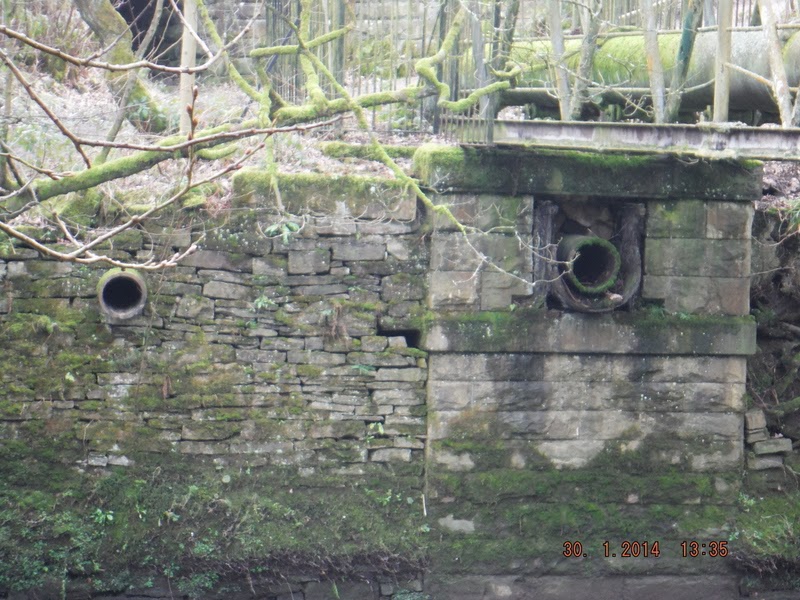 These two must have to do with the sewage pipes. Well I think they are sewage.

Still got some more photos that I took at Nuttall Park Ramsbottom maybe tomorrow I will blog them.

Posted by Flyfishing the Irwell and other streams at Friday, January 31, 2014