Not been to Springwater since last August, decided to walk the Irwell and the Roch to see if the winter had changed anything. Looked pretty much the same. Up the Roch the balsam is over powering everything apart from the trees. 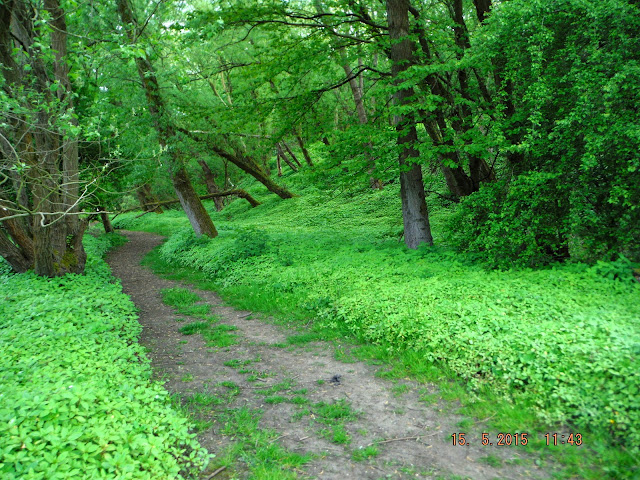 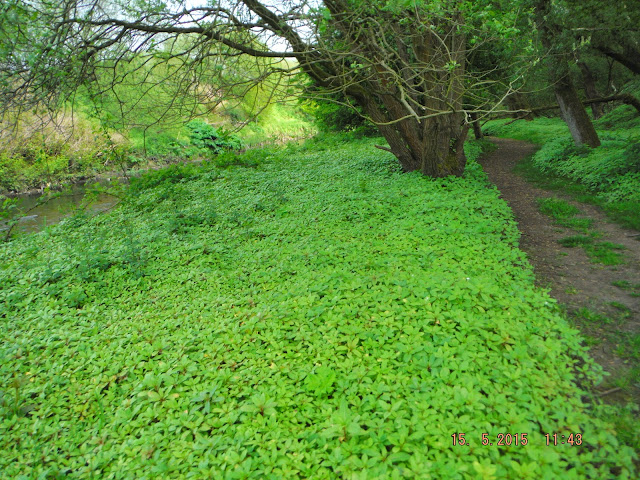 That's all Himalayan Balsam, only a few inches tall at the moment, next month it will be taller than me. 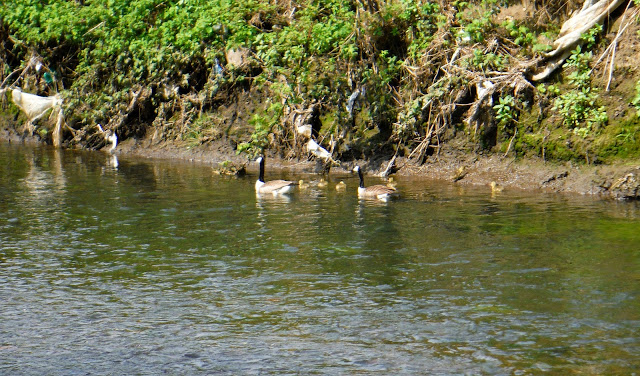 This little family seem to be doing alright. 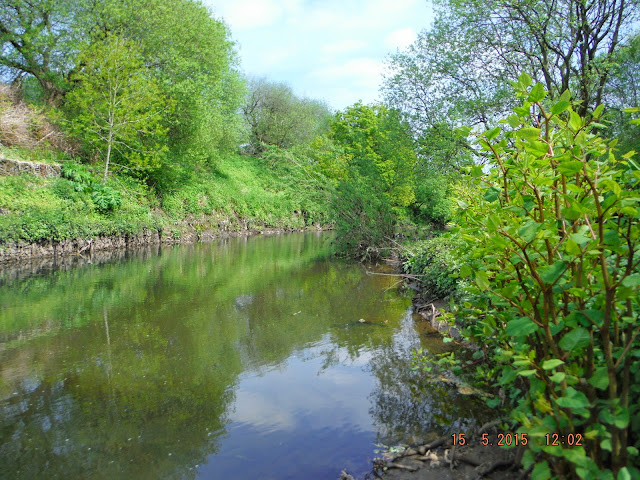 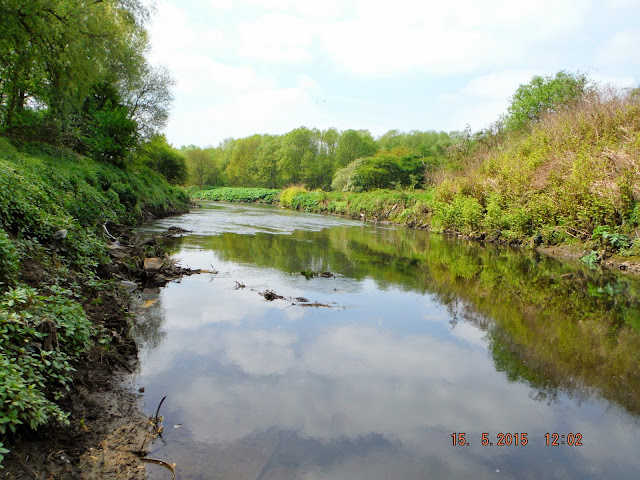 The Roch looked OK but no sign of fish, so I walked back to the confluence with the Irwell. Got in to the Irwell and waded up  to Close Park which is on the other side of the river and farther up stream. 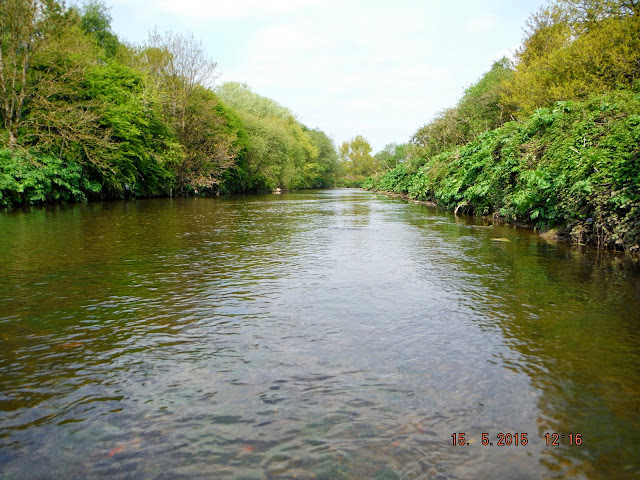 The Irwell is quite low at the moment and not very deep, one fish did rise under the trees on the left. 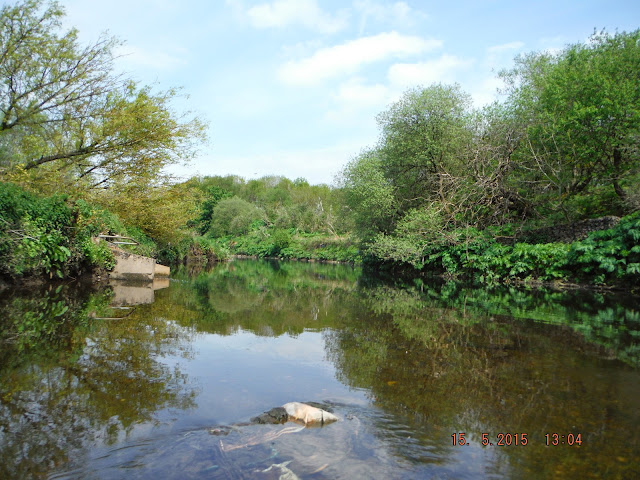 A couple were rising here, put on a Iron Blue Dun and caught a six incher.

Climbed out of the river on the left and walked up to a spot that I caught some nice fish last year, nothing was showing this year. 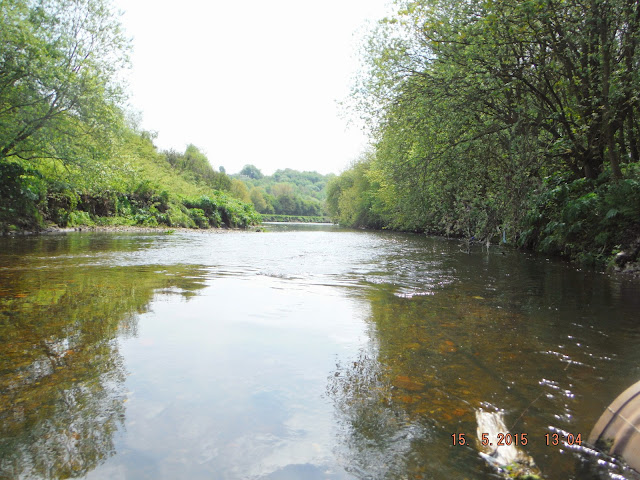 Decided not to wade back down from here, instead walked back down the right bank until I was level with were I began wading. 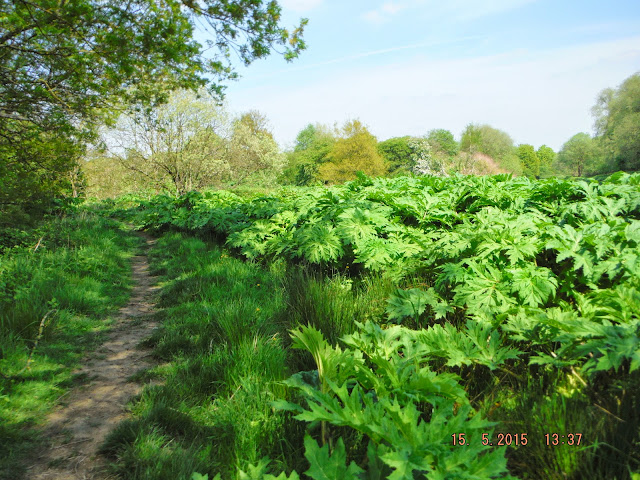 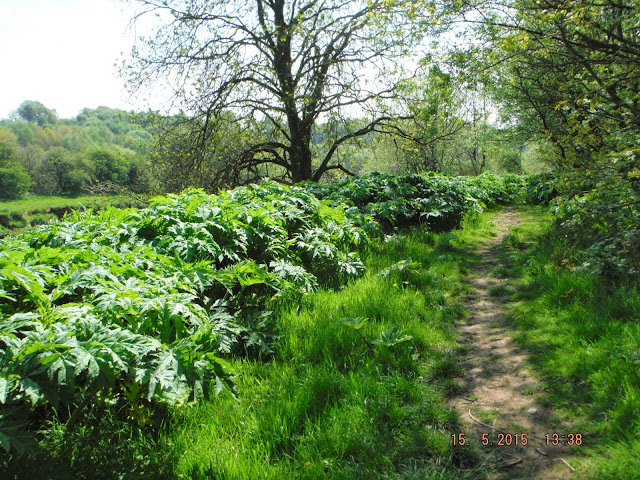 This side has balsam and knot weed but the main problem is the Giant Hog Weed, I had to edge my way through it to get back in the river and wade down to the island. 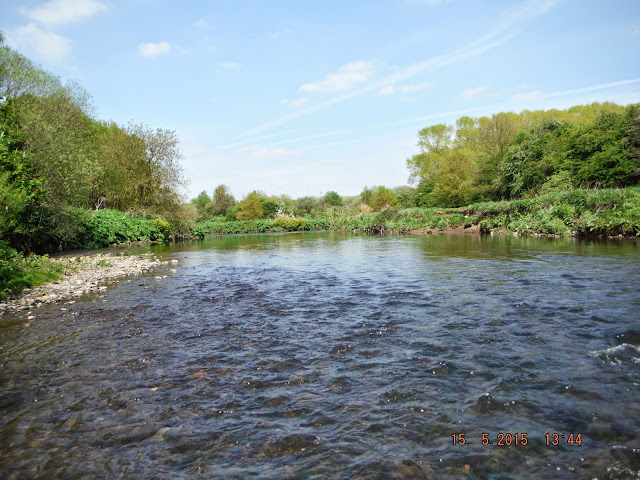 Looking back at the confluence with the island on the left. 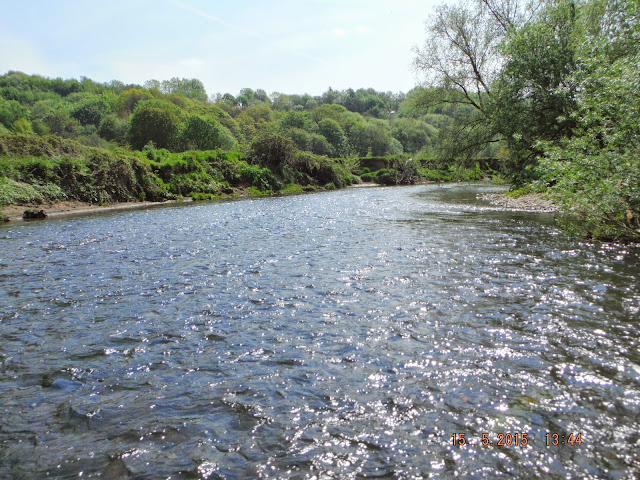 I intended walking down the Island, which is on the right. The invasive weeds are so thick I spent most of my time in the water. 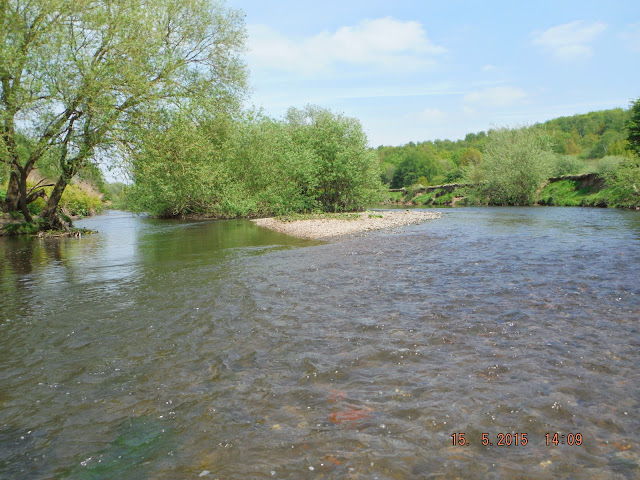 Looking back at the end of the Island. 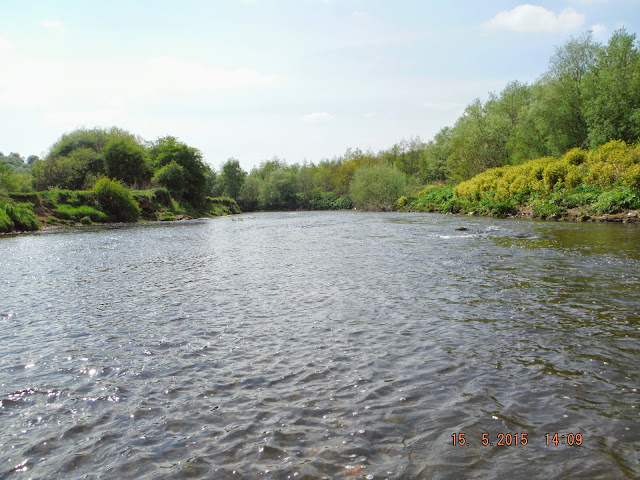 Now passed the Island and were I wanted to fish, took the dry fly off and tied on a Copper John, which brought me the one below. 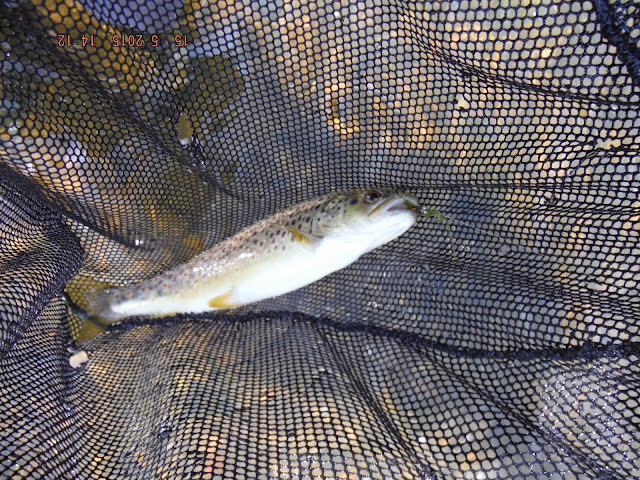 Decided that I had had enough of Springwater and went to Dumers Lane.

In the car park before I left had a chat with a gentleman who was about to fish the bottom end of the park, he asked me if I new about Salford Friendly Anglers, which of course I did he said that his son ran it. So I met Mike Duddy's dad, what a nice man.

A Dumers Lane I fished the Copper John and hooked and lost a good fish. Then lost my fly on the back cast and tried a Drowned Daddy which got me a couple of snatches but no fish.
Not my day, home.

Posted by Flyfishing the Irwell and other streams at Friday, May 15, 2015