The rain came and went but the wind stayed, can't remember it being this windy, all day, well not in the spring. It's still blowing now, early evening. The sun was out most of the time but it was still quite cold.

Where can I fish and keep out of the worst of the wind, Eagley Brook was the choice. In a deep valley but then lots of trees. The place I chose is one that I have not fished for a long time and for certain not this season.

I used my other cane rod, seven foot but 6 weight and a rather stiff action. The reel I used is probably the oldest one that I own it is a  3" Beaudex made by J W Young's prior to 1965 when they were taken over by Shakespeare. Still works as good as new. 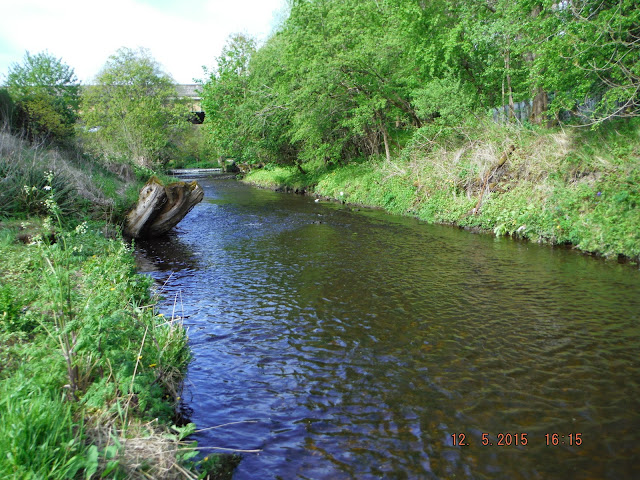 Started here with a Greenwell's dry fly, hooked and lost 3 small fish by the tree stump.(took the photos when I came back down) 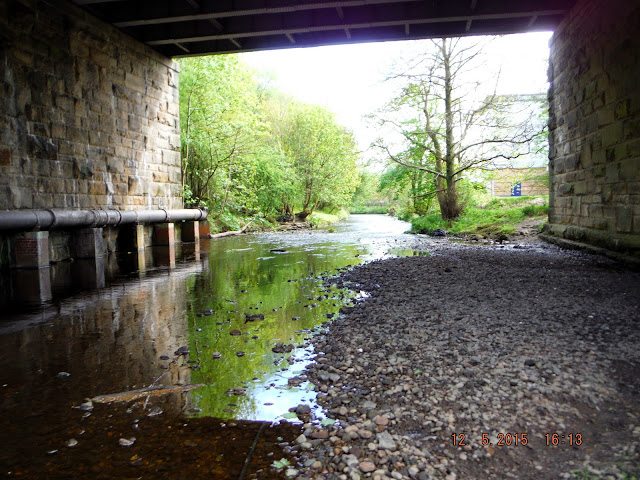 Same happened in the pool below the weir, was looking like it was not going to be my lucky day. 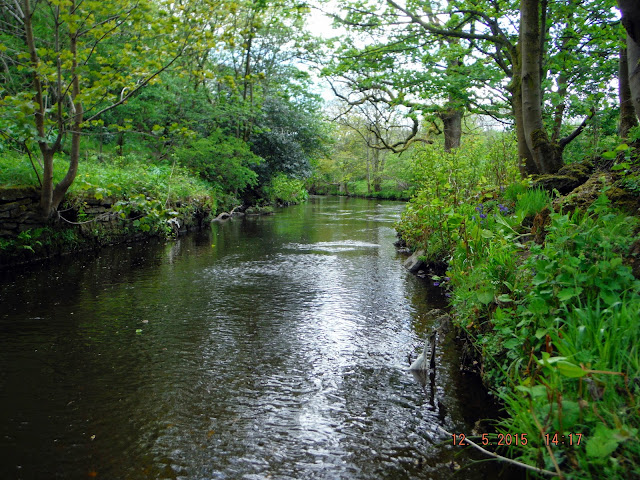 Up above the weir started not much better, the wind was not helping, a couple more misses. I was having problems seeing the fly in the ruffled water so changes to a Iron Blue Dun a couple of sizes bigger.Then I stared to catch. 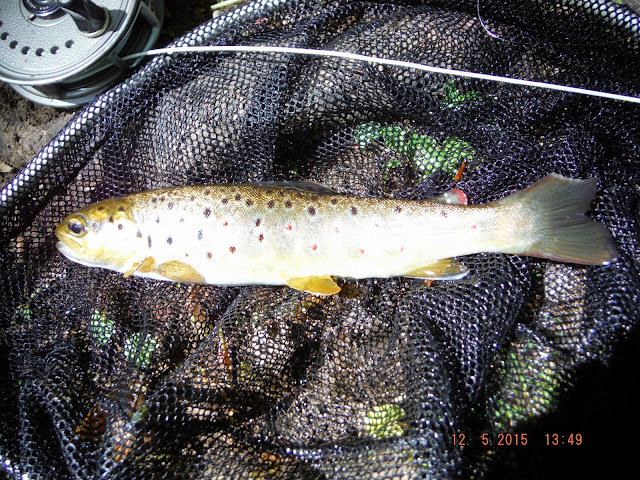 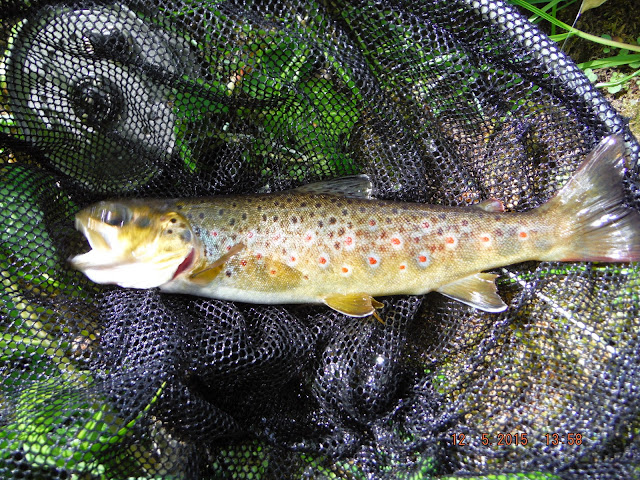 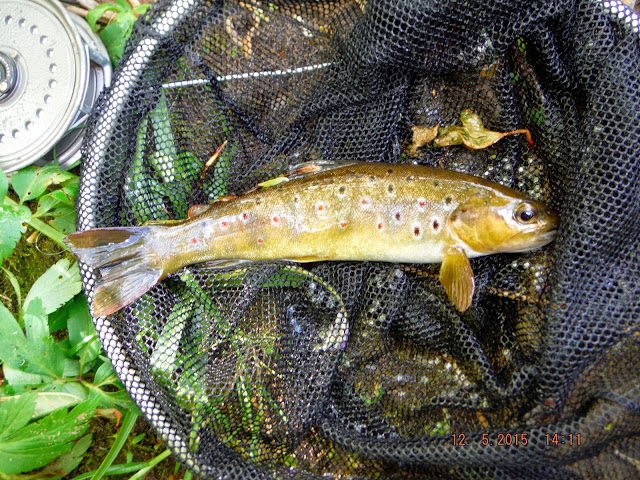 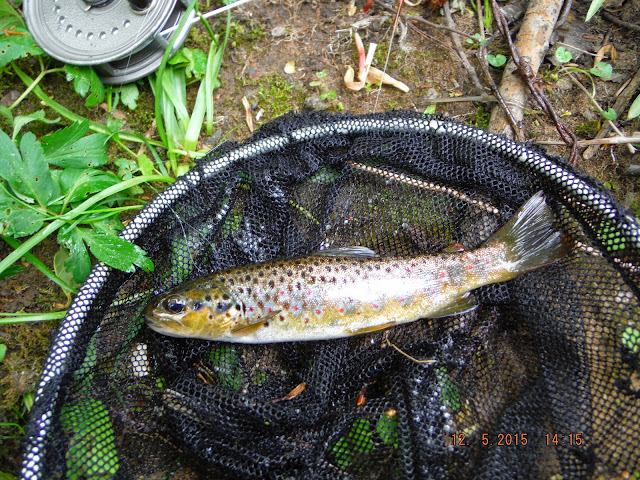 Nothing very big but fine for Eagley Brook and fine for me as well. 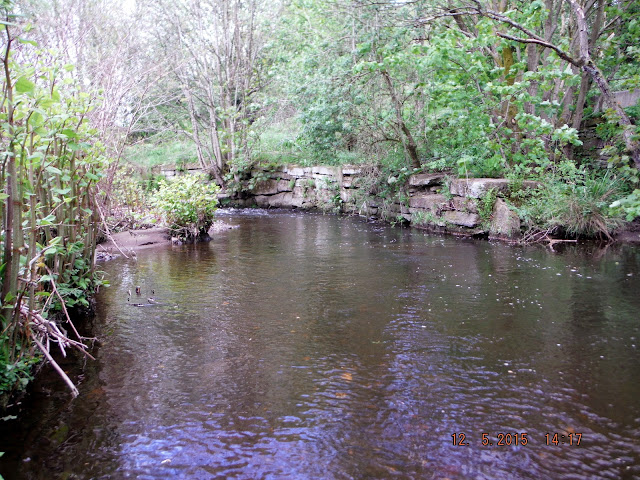 Caught a couple by the wall. The wind was causing me problems but managed not to lose my fly. 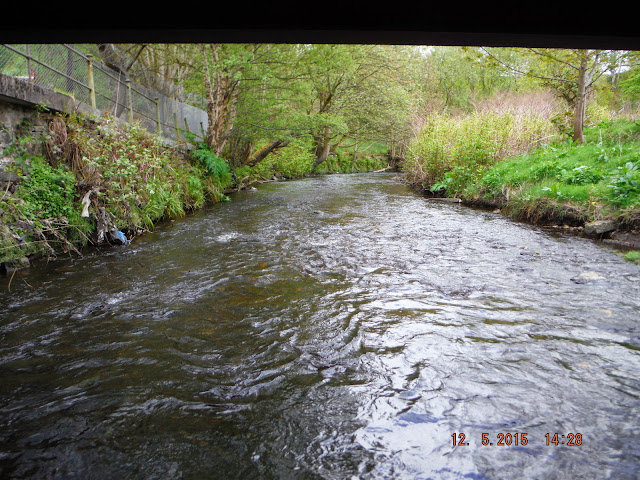 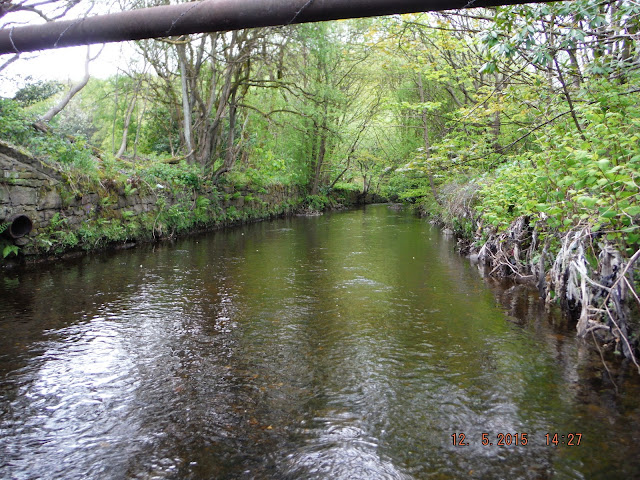 Nothing doing here until I got to the faster water up top. 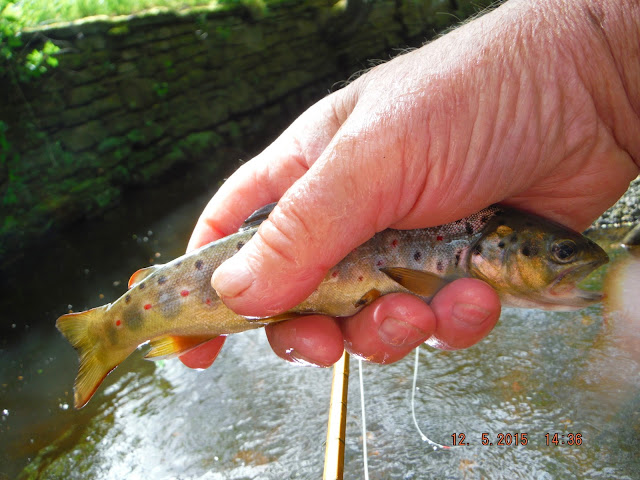 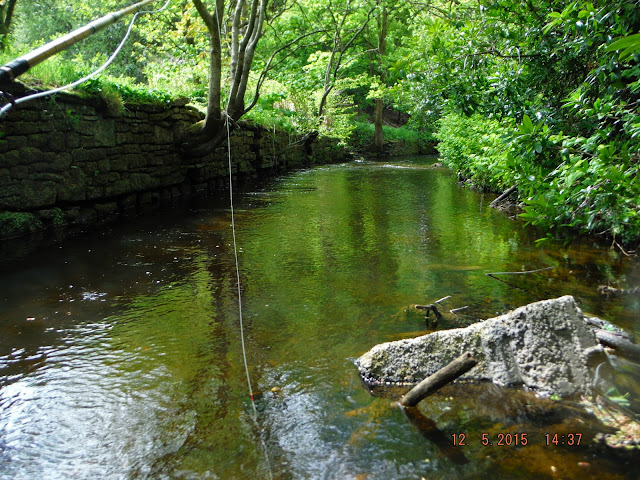 Casting was mostly horizontal, I still managed to get in to the trees on a regular basis. 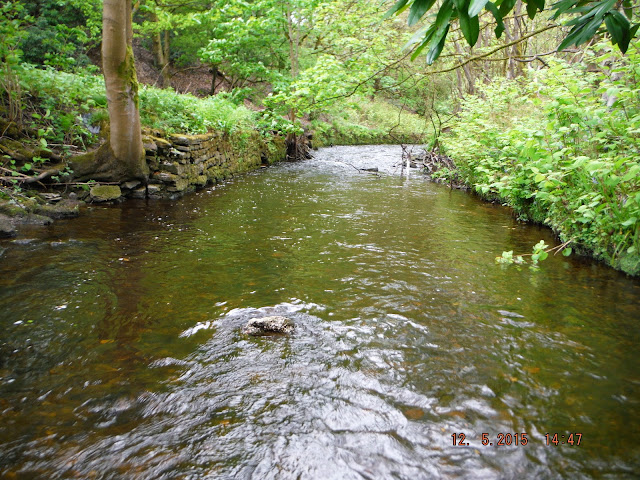 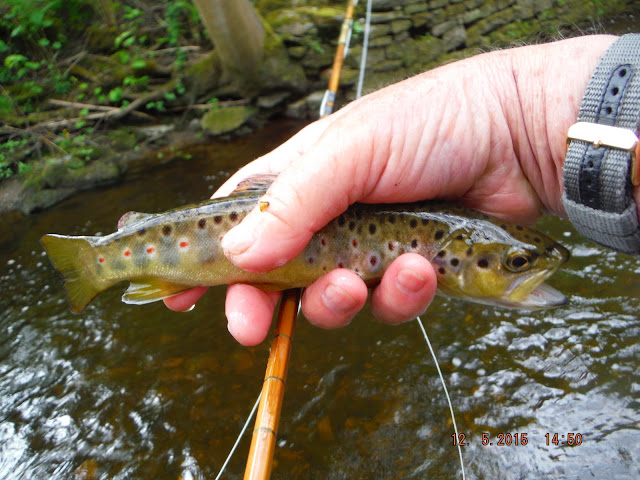 The best two of four from this bit. 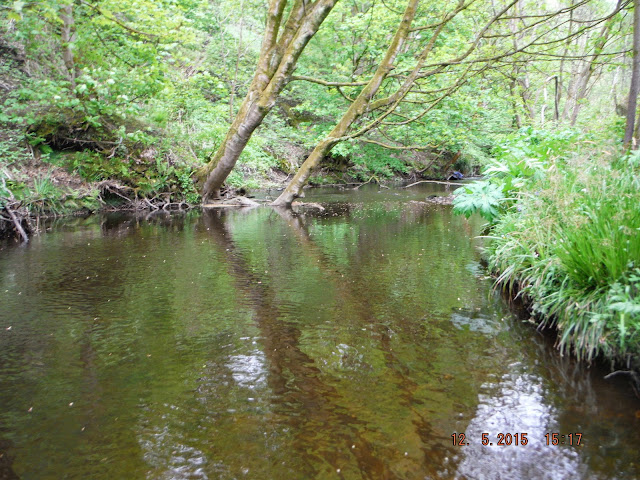 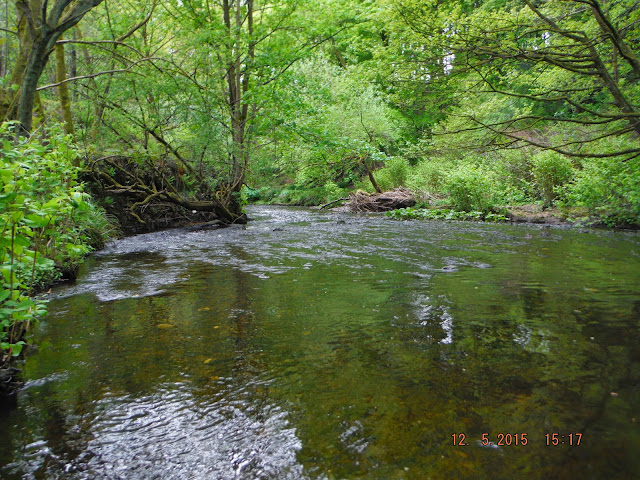 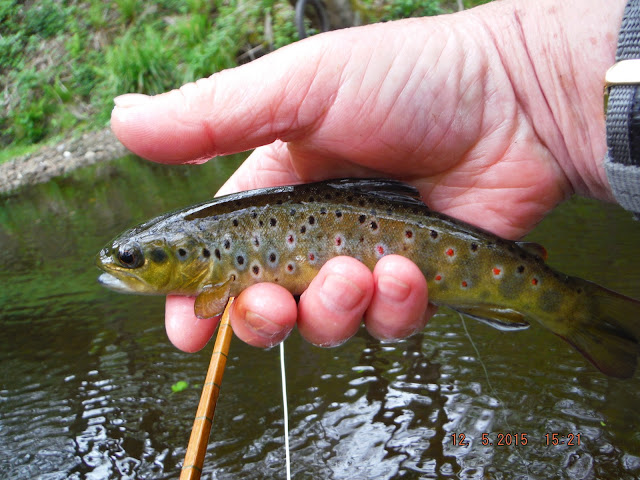 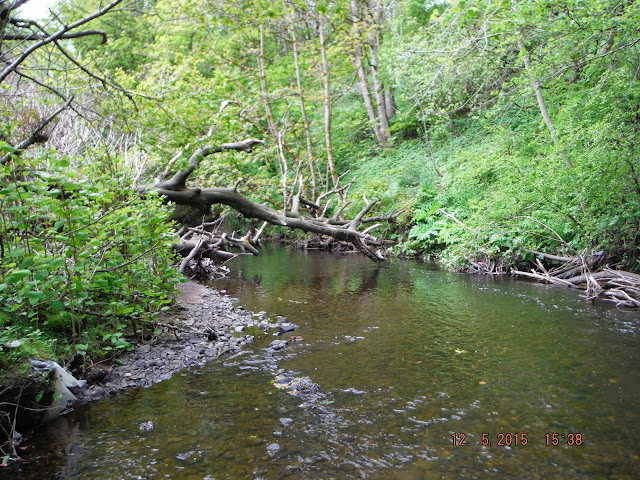 Not easy getting passed that. 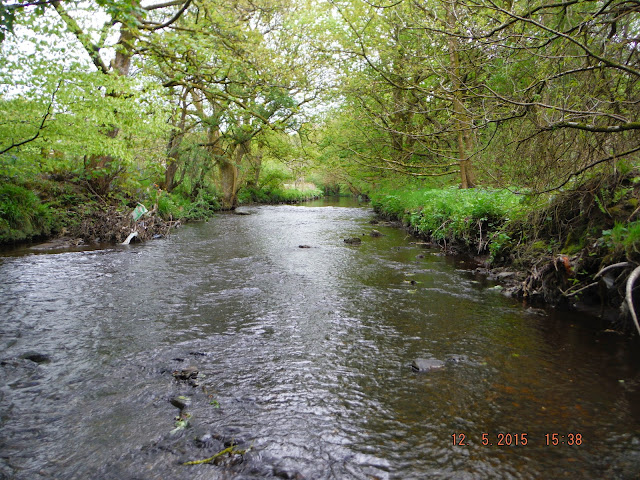 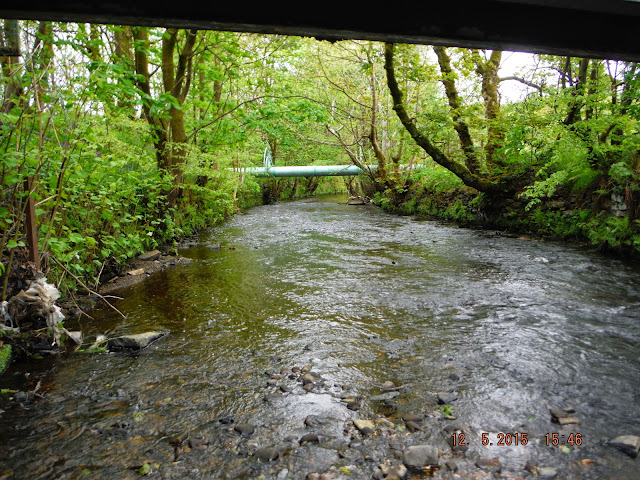 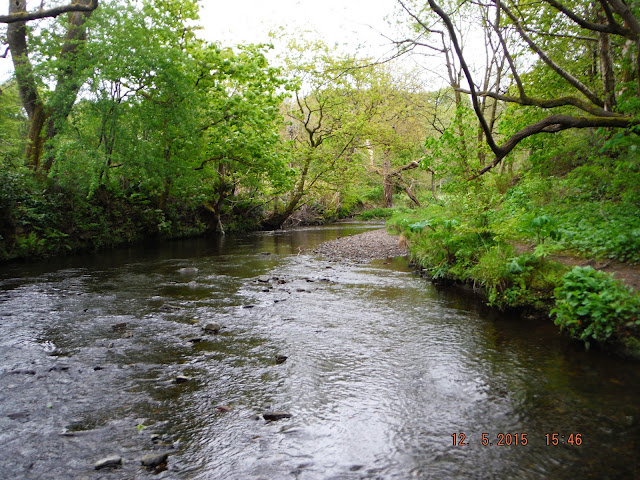 From here came the best fish of the day. 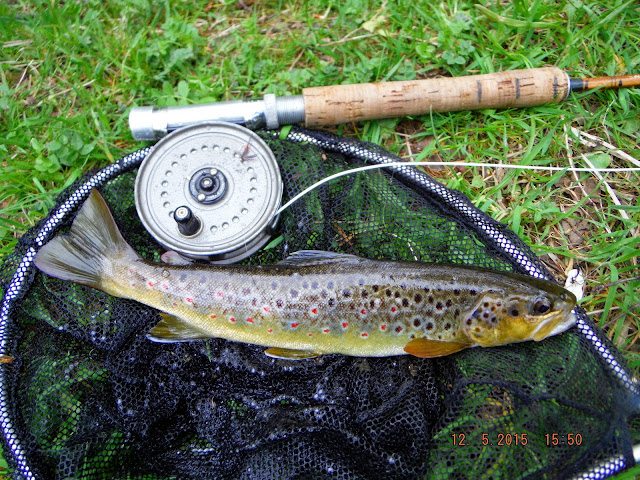 Just 12 inches but a very good fish for up here.Had a couple more from the same place. 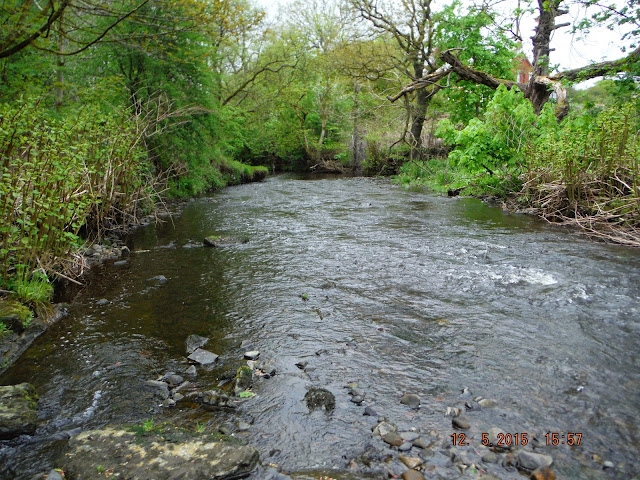 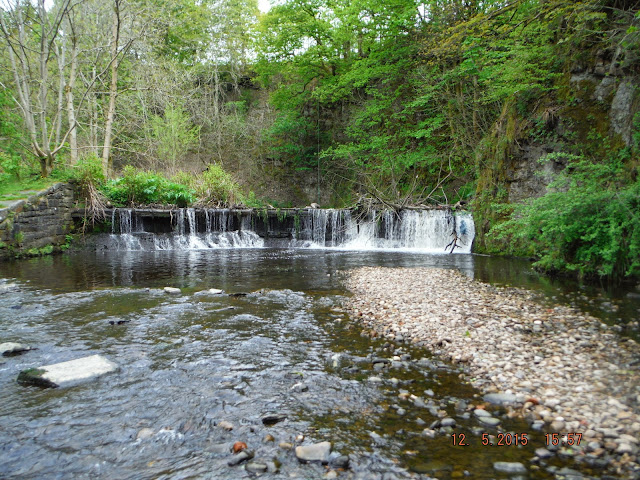 Surprised to see this weir, it has been coming apart for some time I had expected it to be broken by now. 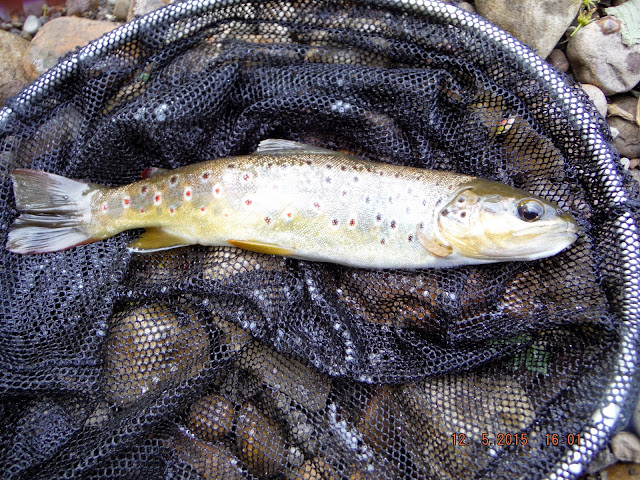 This one came from below the weir.

If it had not been for the wind I would not have gone to fish here and I would have missed a very good day fishing.
There are quite a few other places like this that I have stopped going to as there are only small trout to catch. I must start giving them a try again as I had a very enjoyable days fishing today.

Posted by Flyfishing the Irwell and other streams at Tuesday, May 12, 2015