Interesting day, had a long chat to a young at heart fellow fly fisher called Harry who is also from Bolton.

Bright day mostly warm but the wind seemed to be coming from all directions at the same time. I started fishing the fast water with a Iron Blue Dun size 12, needed a big one so that I could see it in the ripples. Nothing doing as I moved up river until I got to a long fast glide where a couple of fish were rising and taking Olives. The first one came for a look but did not take and stopped rising, moved on to second one which took on the third pass. Twenty five minutes later I landed my first fish of the day. 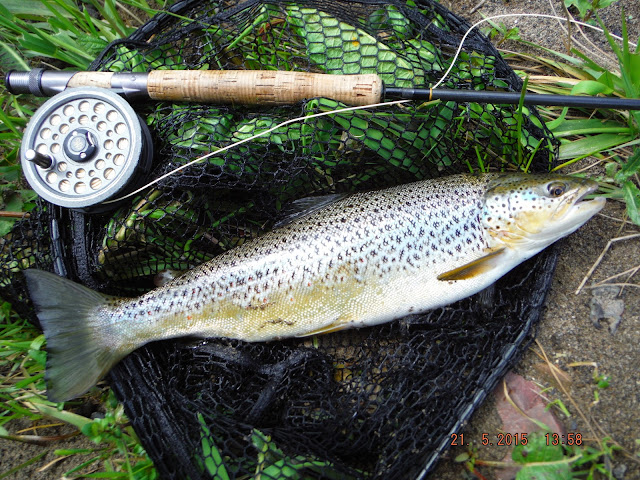 What  a fight it gave me, I was fifty yards down river when I finally netted it. Very glad I took my large landing net, the last time I had one this big I only had my scoop net. 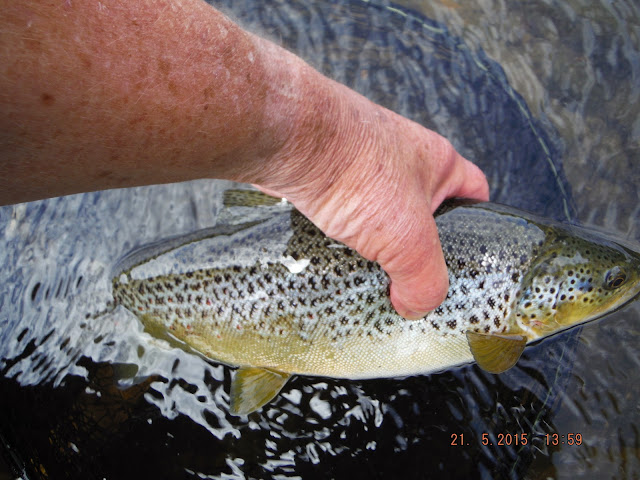 Three times whilst I was playing it, it came up behind me and stopped under my net, which was in the water ready, perhaps it thought it was a good place to hide.

After resting my weary arm I moved up stream to Harry who was also having a rest though not for the same reason as I was. He told me that there was a couple of fish rising where he was but that he was getting no response to nymph or dry fly. Whilst we were talking the fish continued to rise, so I had a cast at one of them and, sorry Harry, caught the one below. 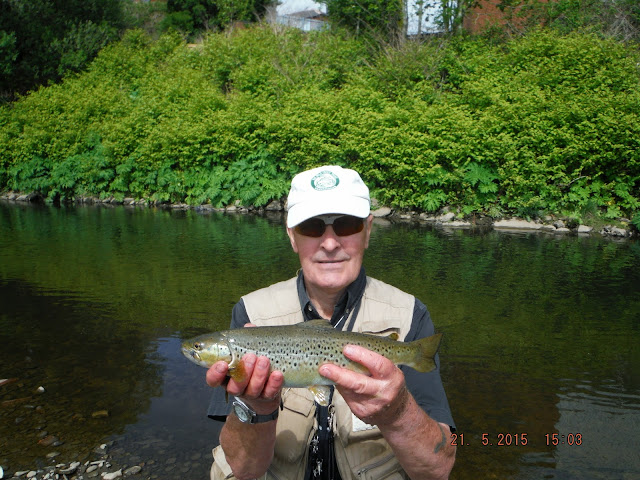 Not the size of the first one but still a very nice fish.

After a while I went further up stream and caught this small one. 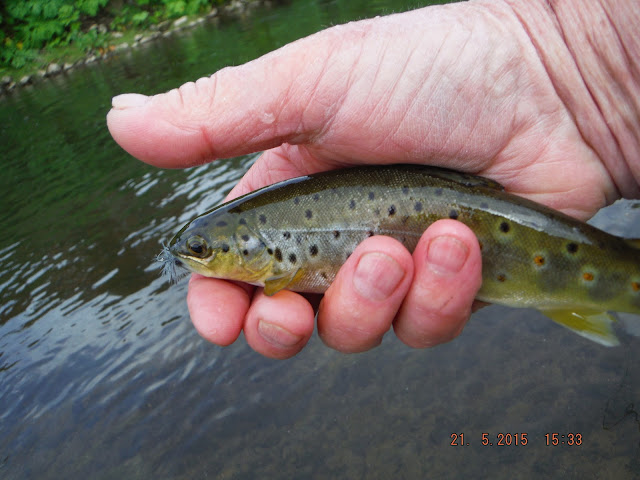 And then moved back down to Harry 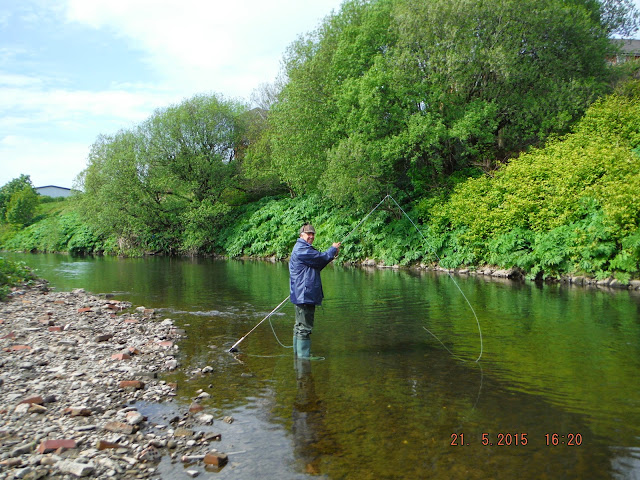 Gave him an Iron Blue Dun, which was working for me, hope it worked for you Harry and then left for home.


Posted by Flyfishing the Irwell and other streams at Thursday, May 21, 2015