On one of my many wanders around the internet I came upon a video on  fishing north country spiders. I have read about people fishing with them without really knowing anything about them or how to do it.
The video is on a site called Fishing with Style  http://www.fishingwithstyle.co.uk/northcountry.htm North Country Spiders are wet flies and the video is about fishing a team of them without droppers.

Having fished with droppers and had some awful tangles and not caught much, I watched the video with interest and decided to give it a go. Not having any spiders I ordered some but could not wait for them arrive before trying the method at Ladyshore today.

What to use as the spiders, I have some Tenkara flies that don't get used, which look a bit like spiders flies, so I put three on as per the instructions. I used a eight foot rod with a floating line with an extra long leader.

I must admit it did not look that promising, but anyway I cast into the rough water below the broken weir and as the flies hit the water I had a take. And what a take, it took me straight across the fast water and twenty yards of line with it. Fifteen minutes later I landed this fat fifteen inch fighter. 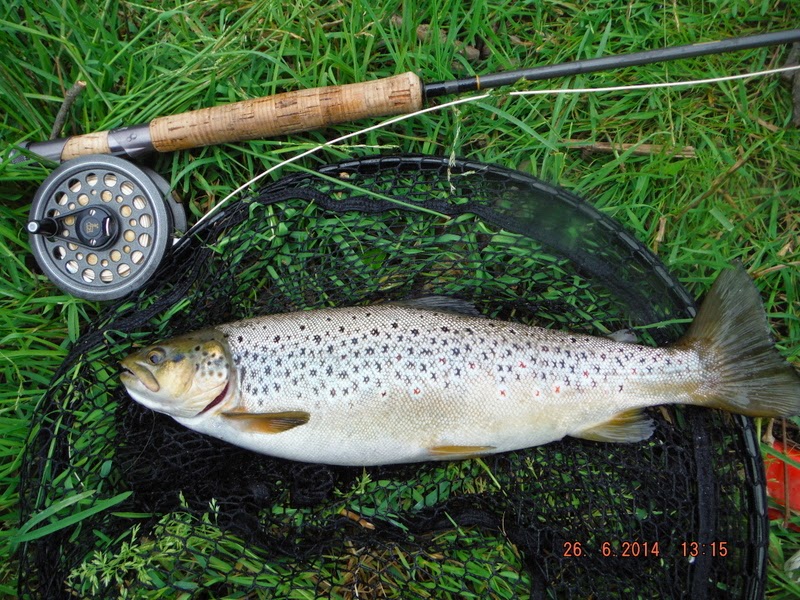 The first fish that I have caught on a Tenkara fly. It took the point fly. 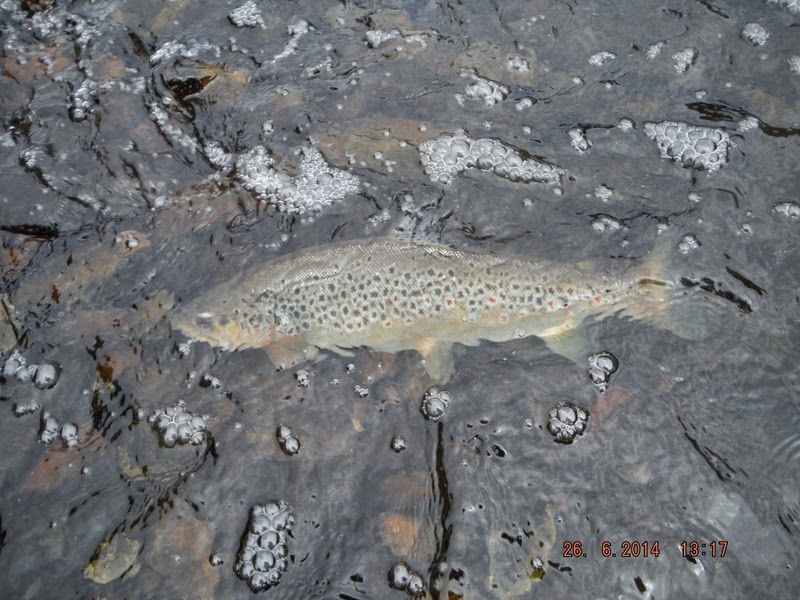 Got it back into the water and thought, this just might be a good idea after all.

Those that have read my earlier blogs about Ladyshore know that I don't catch many fish there I think 3 or 4 in a day are my best. So I was not counting my chickens when I moved above the weir and tried there. I did not mention that the river is low, no rain for quite a while, so I could wade to places that are usually to deep or to fast. I was just trying out the casting, up and across and them letting it go down and back to my side when I hooked my second fish. 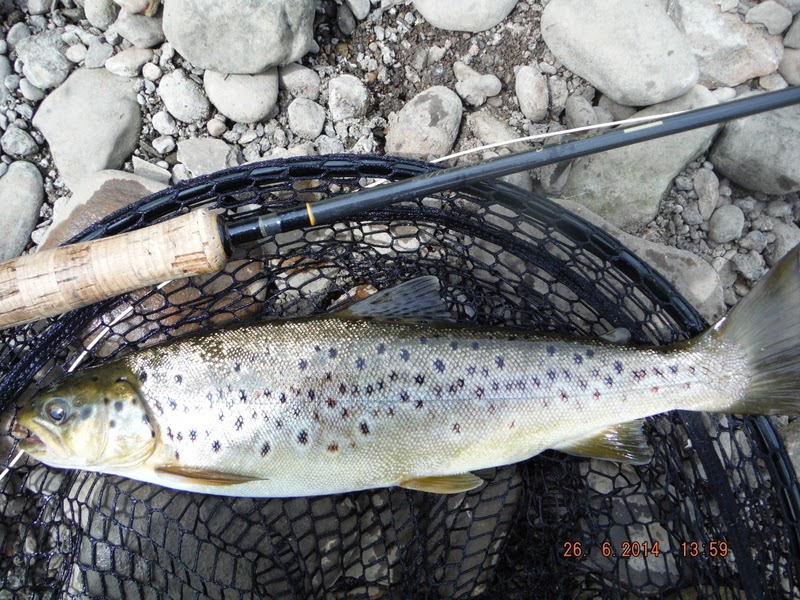 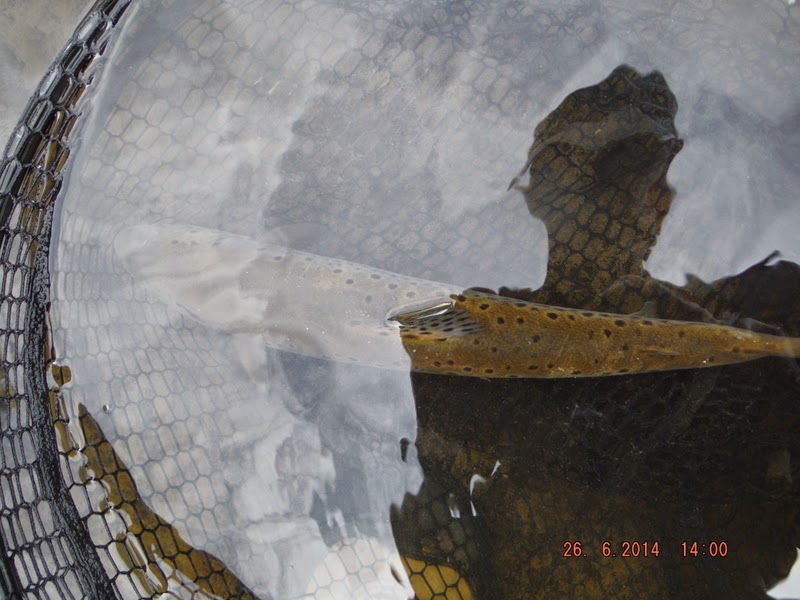 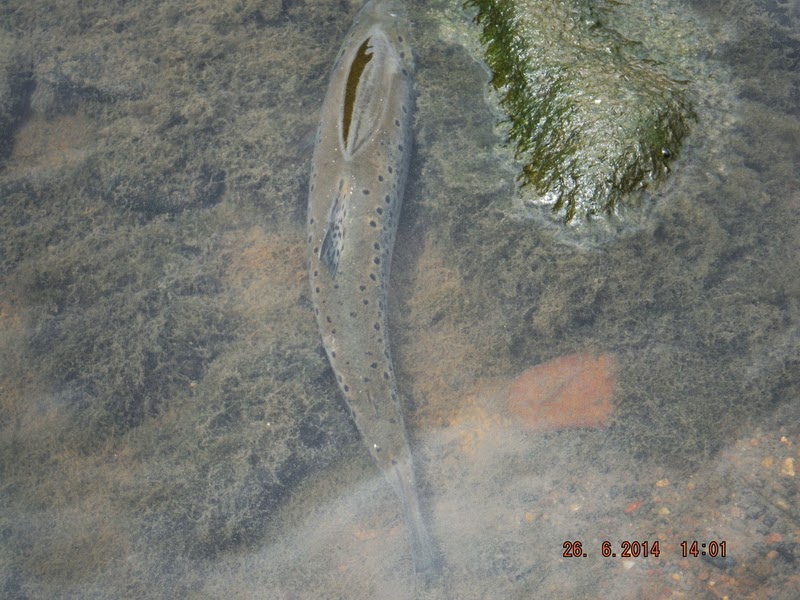 Just having a breather before swimming away.

This was the first time I have ever caught a fish from the spot that this one came from, but not the last. 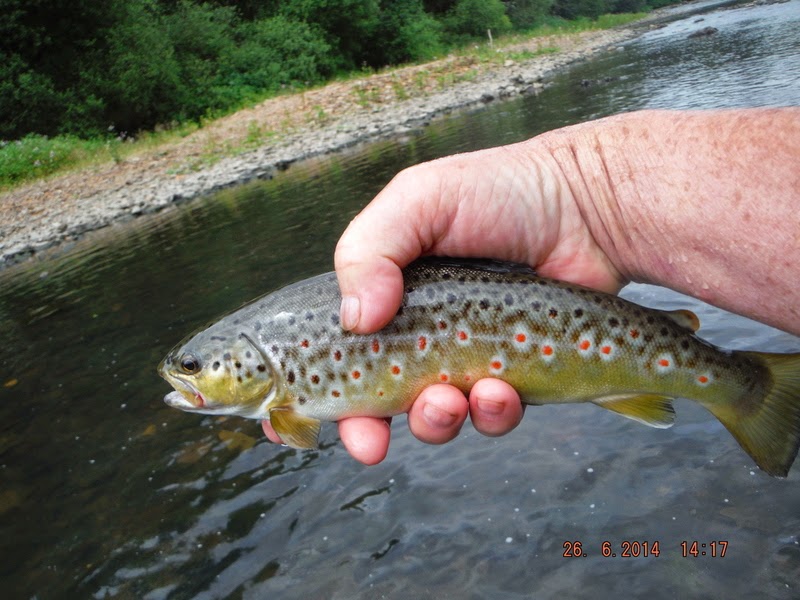 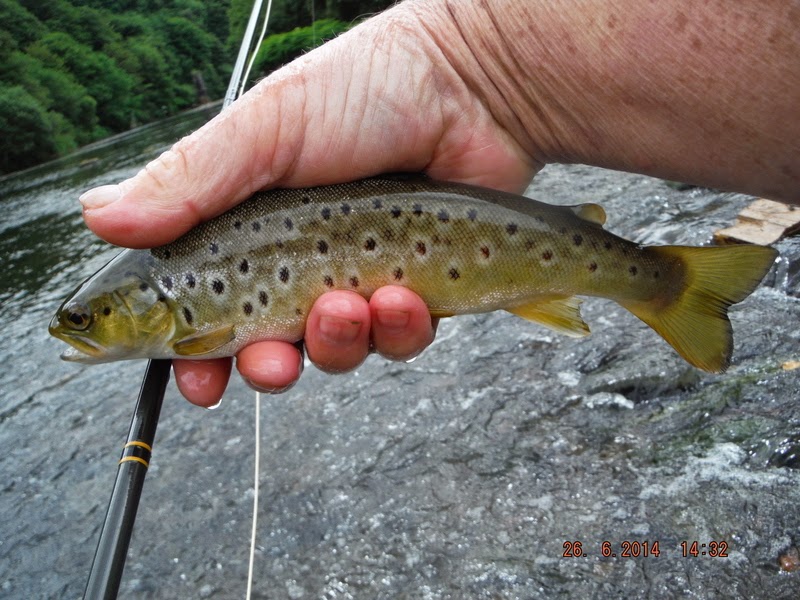 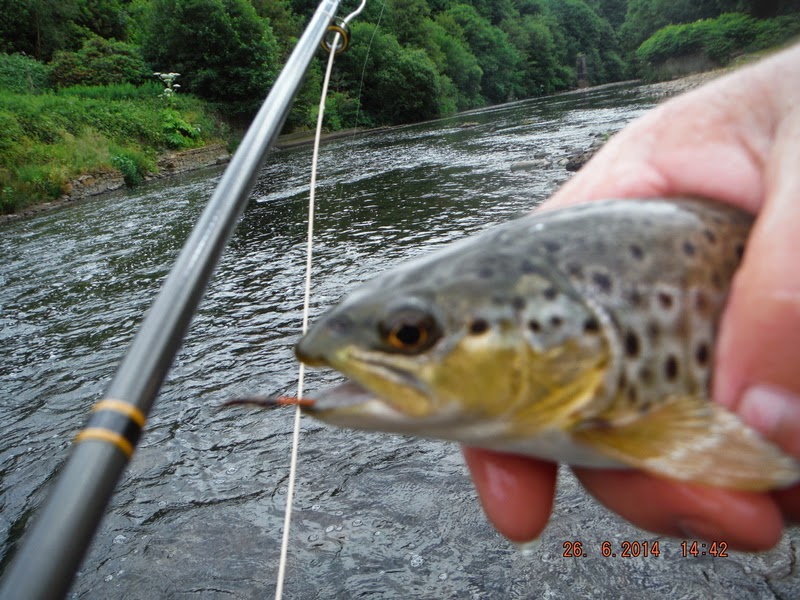 Got this one further up river, not a good photo of the Tenkara fly.

The next one I hooked was a much better fish, but as happens now and again it came off at the net, and then I caught this one to make up for it, not quite. 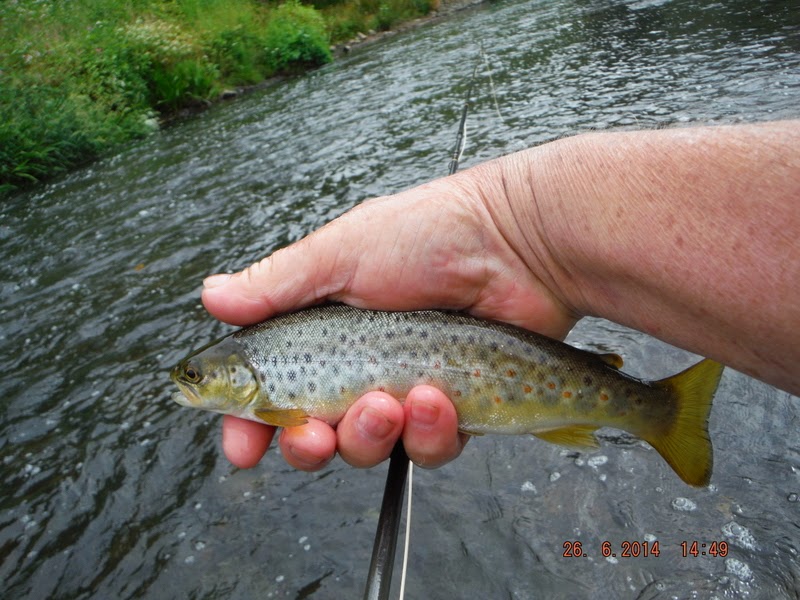 I caught  a couple more before moving down to one of my better spots from which I caught not a thing, life's like that sometimes.

All in all I was very pleased with the spider fishing and will most definitely be trying it again when the  new flies arrive.


Posted by Flyfishing the Irwell and other streams at Thursday, June 26, 2014