Looks like we had a fair amount of rain over night, should make up for what we were promised yesterday. Arrived at the river to find it up and coloured, not too much in either case. As it was overcast and still I decided to start with a dry fly. Eight Foot rod with a new 5 weight line that I had replaced an old line with last night.

Nothing rising to begin with so just cast to likely spots, nothing doing until I saw a fish rise near the far bank. It was coming up but to what, I as usual, could not make out. The grey dun I had started with was totally ignored, switch to a Adams, then a Greenwells, then a Coachmans and finally Brown Midge. Not even a look and it kept rising as though I was not there, I had had enough and moved on up river, nothing else on the rise, changed to a Copper John Nymph.

I had been fishing a good hour before I had my first take in fast water, knew it was a good fish straight away as it came out of the water like a mad thing. Well worth the wait as it was fourteen inches and in great condition, best fish for a while. I knew the rain would bring them out again. 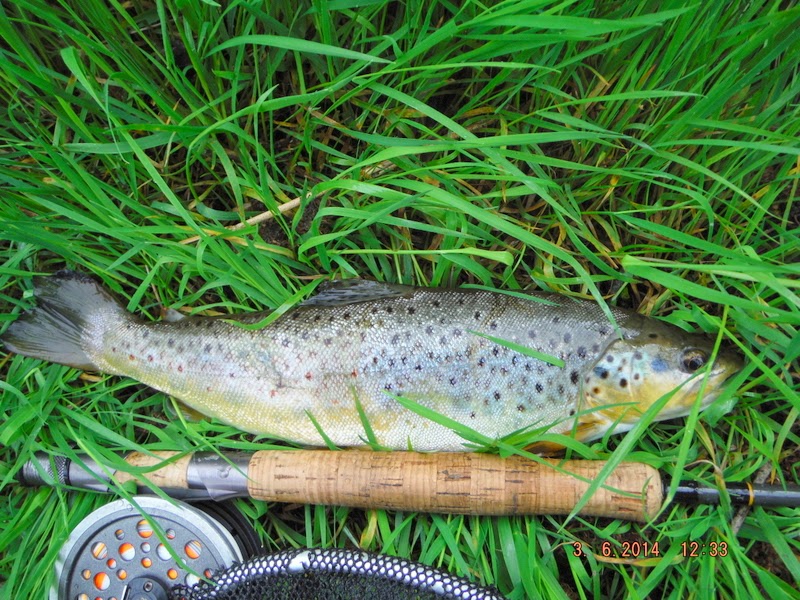 Caught it at the bottom of this stretch, not quite as quick as the water in the picture. 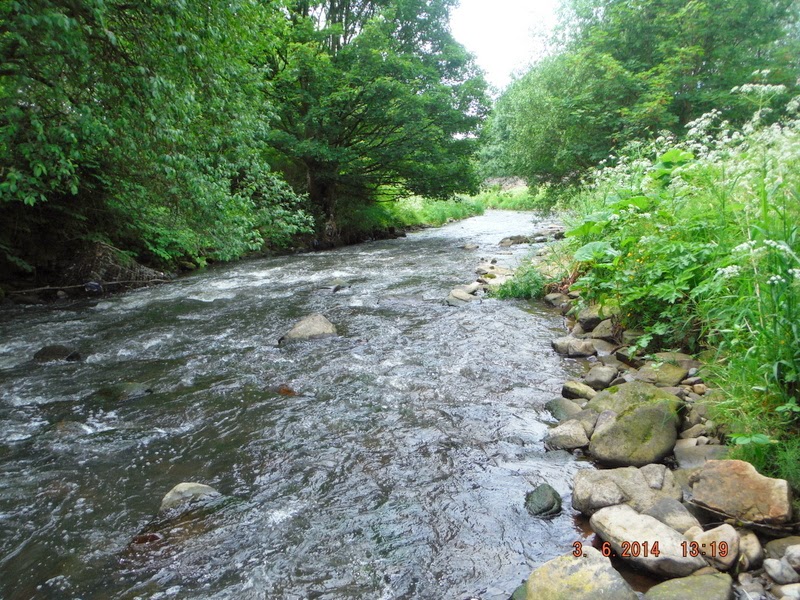 There were several fish rising under the bridge tried dry flies again but, again not a look, left them to it. 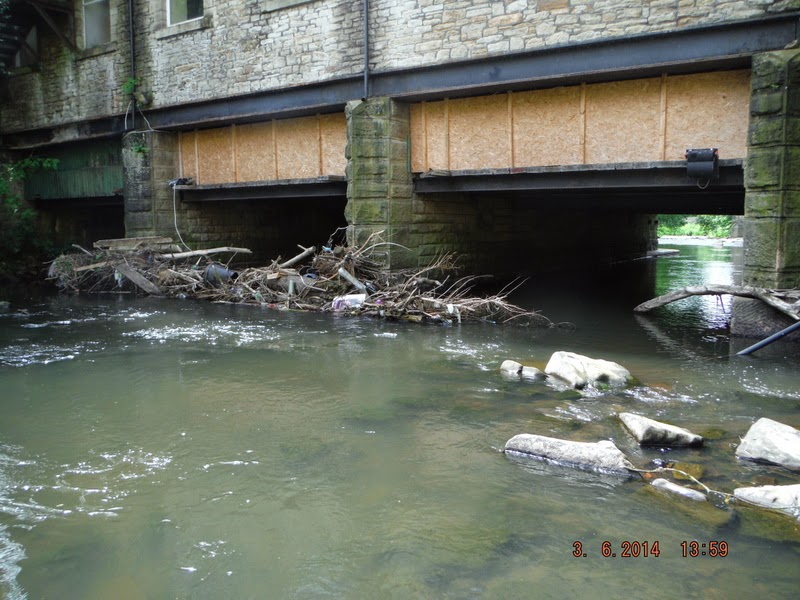 Changed back to the Copper John and caught this one, another good fish. As you can see by the time It was two hours since I caught the first fish and I had had only one smaller one in the mean time. 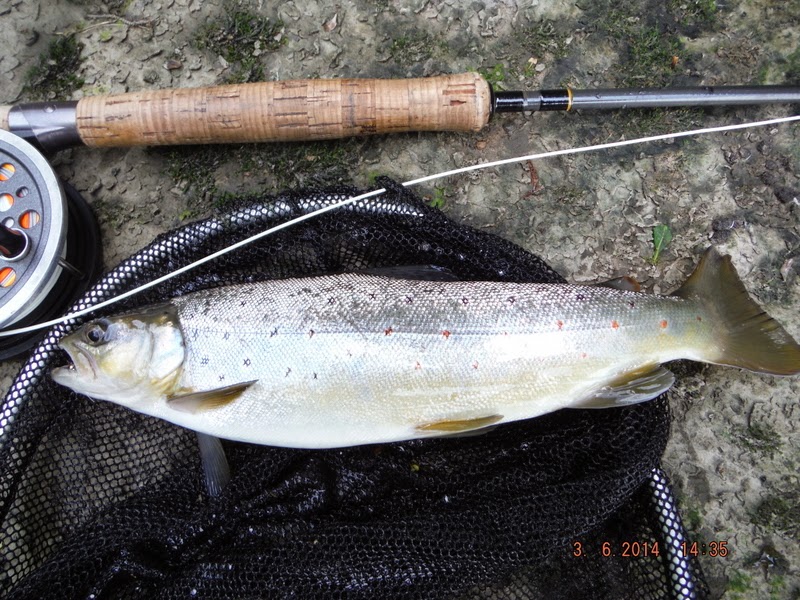 Still a good fish is a good fish. I had two smaller ones and from the same pool and missed three or four others.

Next time we have storm this tree will join the others wedged in front of the bridge, something needs to be done before damage or flooding is caused, think I will call the Environment Agency see if they can sort it. 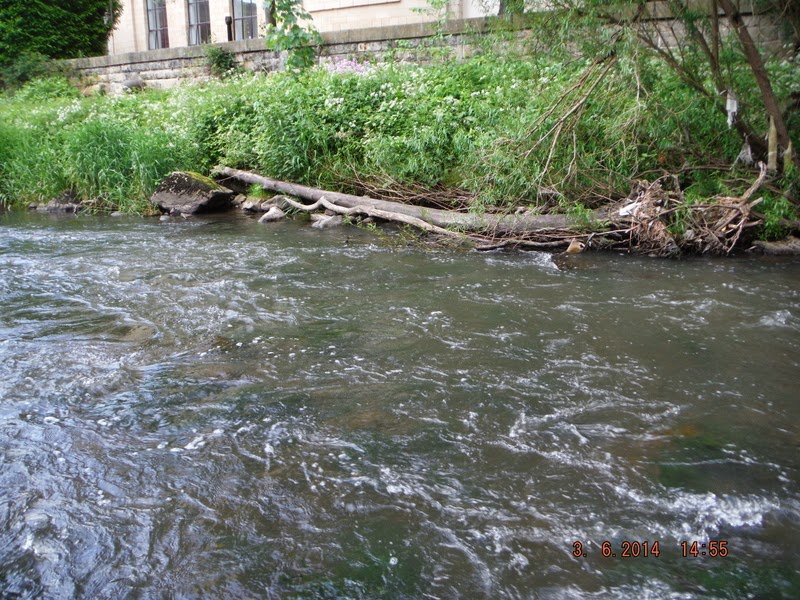 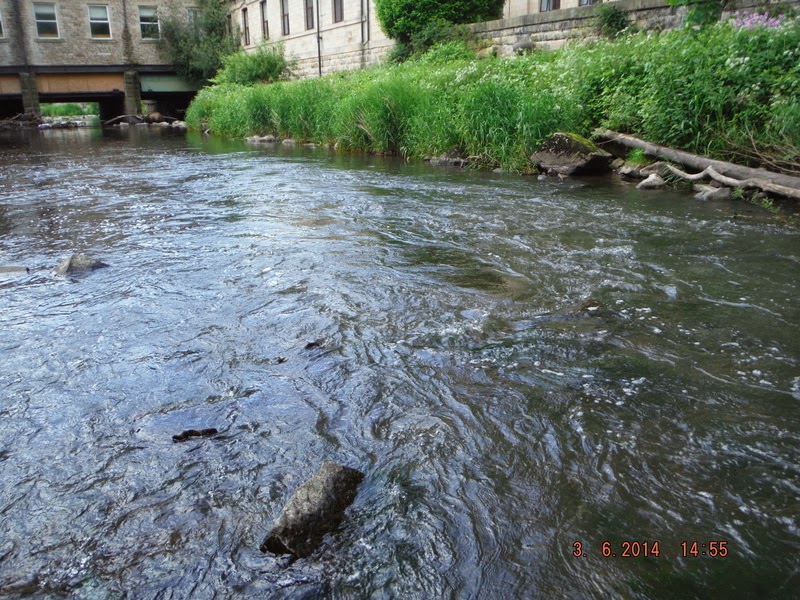 The building on the bridge was a restaurant, it has been closed since the flood we had 2 years ago on the 22nd of June, the water broke through where you can see the boards and flooded the restaurant. I think the same could happen again if the trees are left where they are. 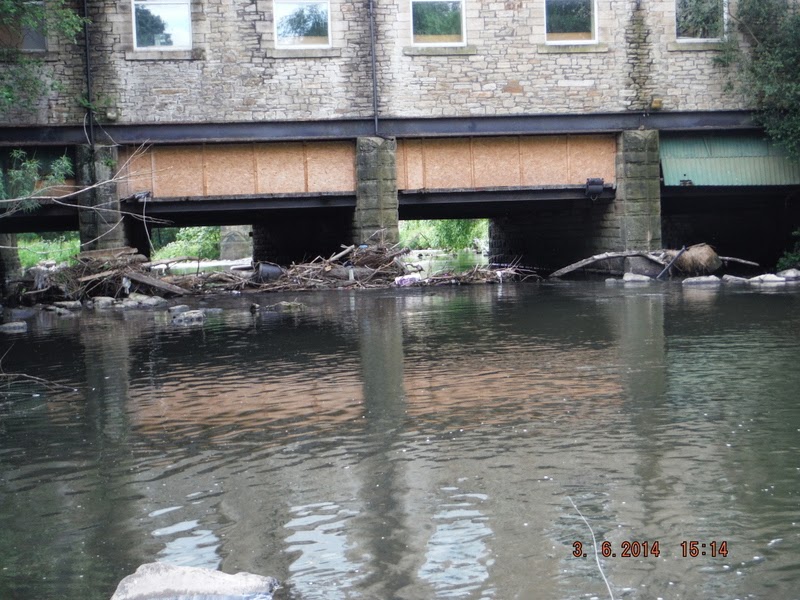 3 Jun 2045hrs. I have just called the EA they will send someone to have a look and sort it out.

Posted by Flyfishing the Irwell and other streams at Tuesday, June 03, 2014