Warm and sunny for a change, cut the grass in the morning. Two dozen flies that I had ordered arrived, 12 Blue Duns and 12 Iron Blue Duns, removed the barbs and sorted one of my fly boxes to accommodate them.

Did not fancy travelling far and Bradshaw Brook usually provides some sport and it did. 7 foot 3 weight rod and a size 14 Iron blue dun dry fly, one that had arrived  today.
As soon as I was in the brook gentleman fly fisher walked down the path and we had a conversation across the brook. He was just finishing and said that he had not seen much rising and had not had much sport. As he was leaving I had my first fish quickly followed by three others, the best below. 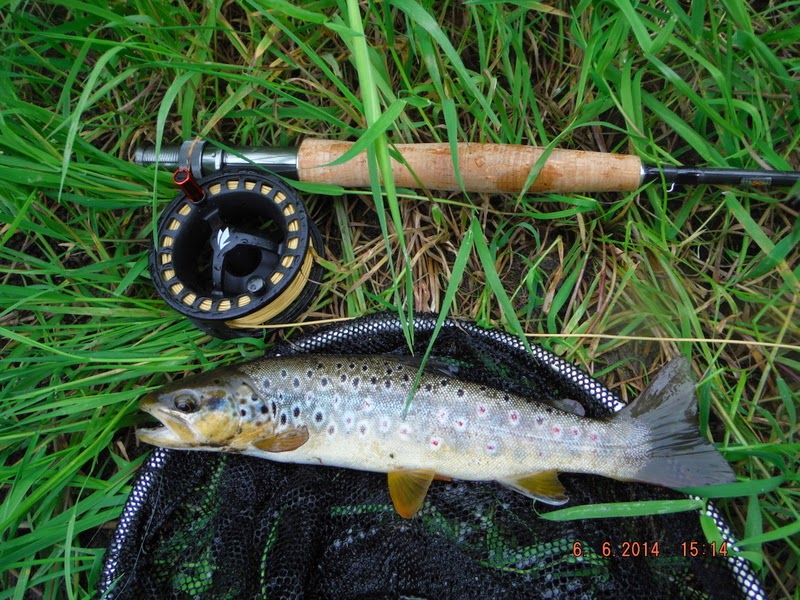 Caught it in the fast water at the top of the pool.

Although an occasional fish was rising I found that it was best to just cast into the fast water and lift at any sign of a fish rising, as it was not always possible to see the fly, worked for me.

Moved up river casting into the small riffles, missed several before got to the next pool. Continued in the same manner and again had four fish, before moving up.

This was the best of the four. 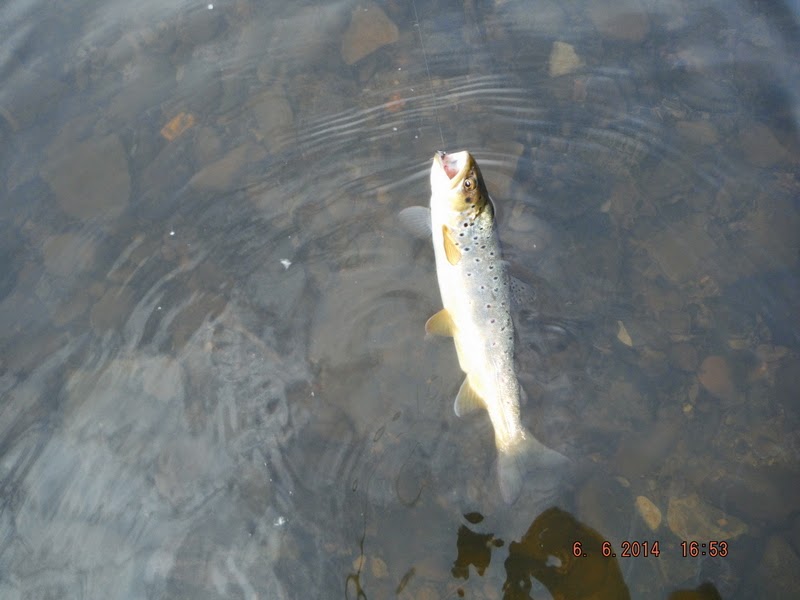 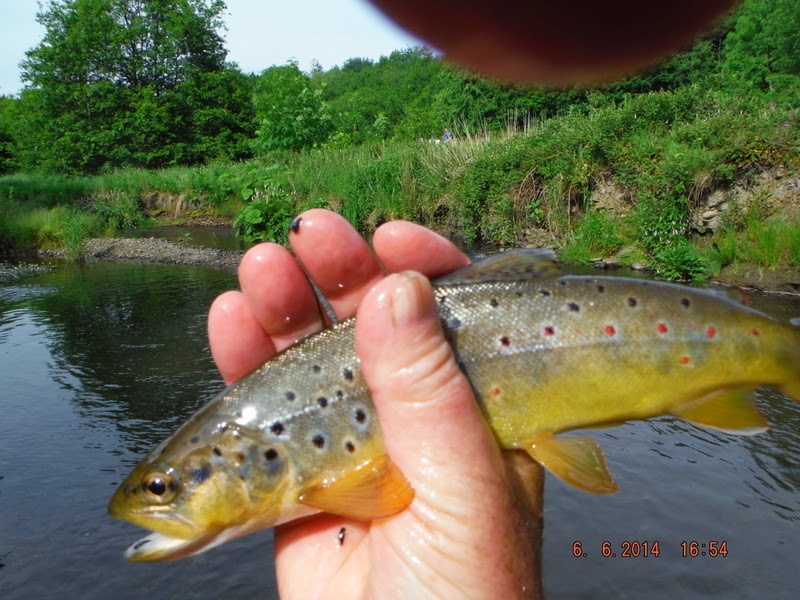 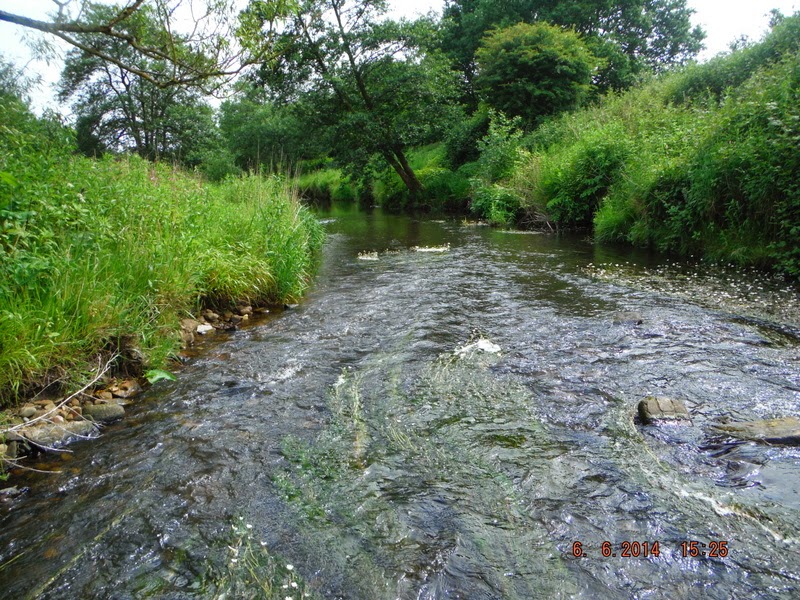 The top of the pool where I caught the first four.
The Water Crowfoot is in full flower and there seems to be more of it than last year. 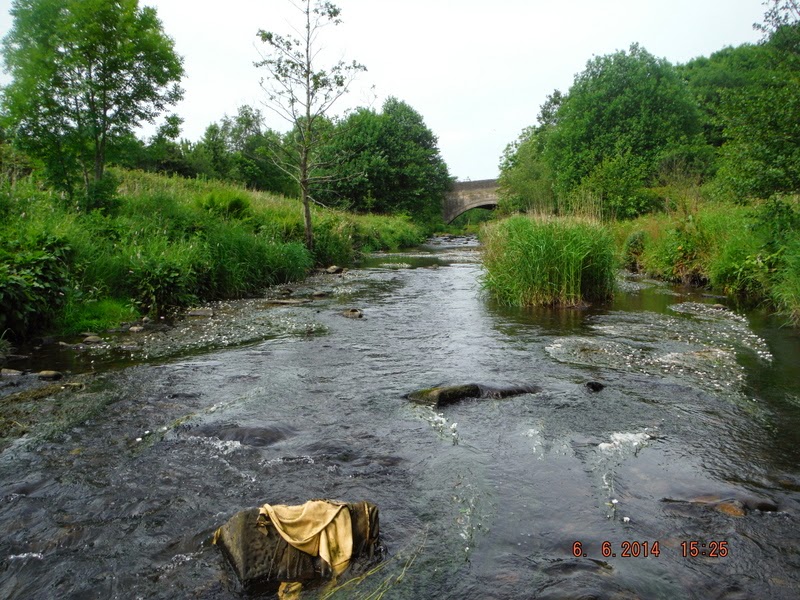 The riffle where I managed to miss a few and then the second pool where I caught the second four.

Moved up to the broken weir and caught another four, all small ones. Got caught in the undergrowth behind me and snapped my line, was lucky enough to find the fly and part of my line. Put on a new tippet and the same fly and moved above the road bridge.

I had noticed three boys playing near the pool above the bridge so did not expect to catch there, and I was  right. Moved to the riffles short of the next long glide and caught another good fish and several small ones. 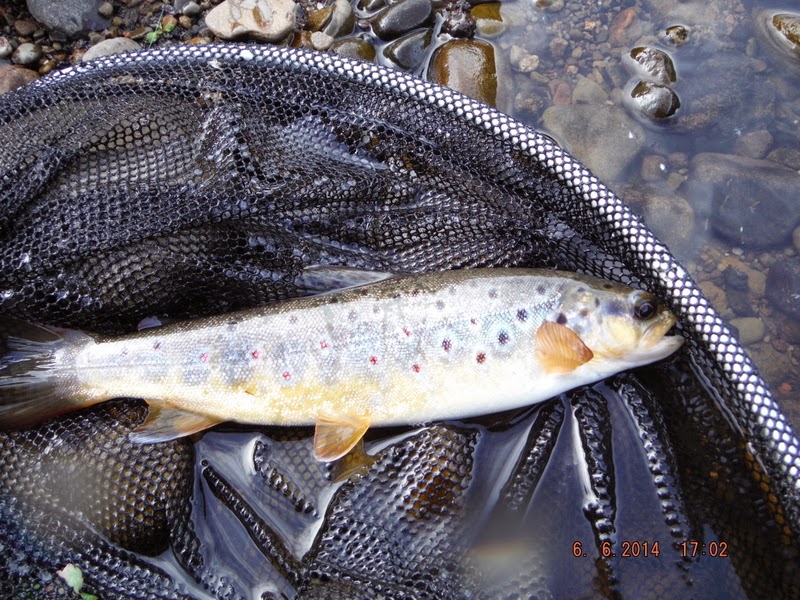 The glide did not look very promising, only an occasional rise but not to my fly until I got three quarters of the way to the top. A fish took my fly I struck, and felt the fish, not sure what happened next. Either the tippet snapped or the the hook came out and the line went over my head I lost the fly in the undergrowth behind me.

Anyway I put on a second new tippet and fly, a blue dun this time, don't know why I changed. I soon had an audience, an Iraqi man and wife came to watch, don't know how they found me as I was nowhere near a path. Nice chap in muslin attire with worry beads in hand, he had some English and his wife had a nice smile.  I must have hooked a dozen as they watched but did not manage to net a one. Moved down to the bridge with them and still could not catch one for them down there.

Posted by Flyfishing the Irwell and other streams at Friday, June 06, 2014