Rained all morning, very heavy at times, most places would be to high to fish. Except Bradshaw Brook of coarse, it's flow is controlled by Jumbles Reservoir, we do get extra water and some colour when it rains but it is usually still fish able on our beats, and so it proved.

The afternoon was fine with some cloud, extra colour in the brook but fish rising to something.

Usual tackle 7 foot 4 weight with a Young's 1415 reel (old but dependable) floating line, 12 foot of tapered leader and tippet with a dry blue winged olive, size 14 to top it off. 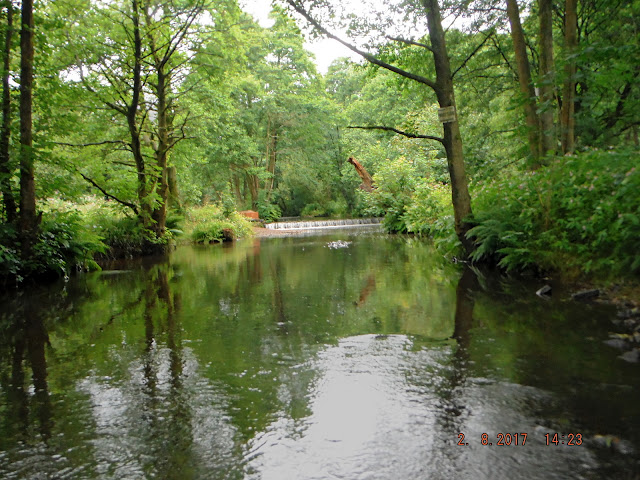 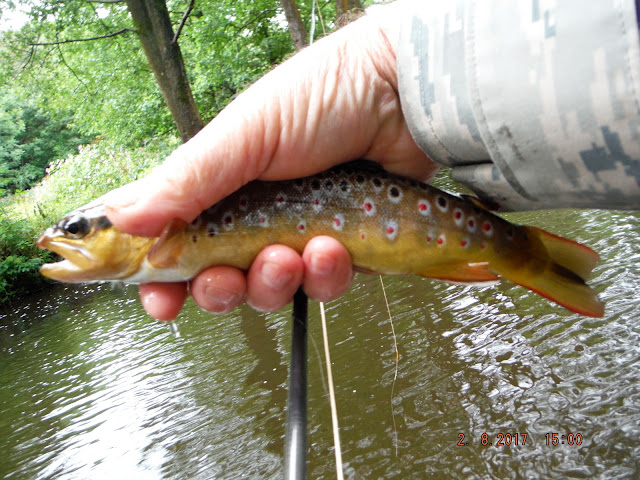 This was the first one of any size.

Moved up above the weir. 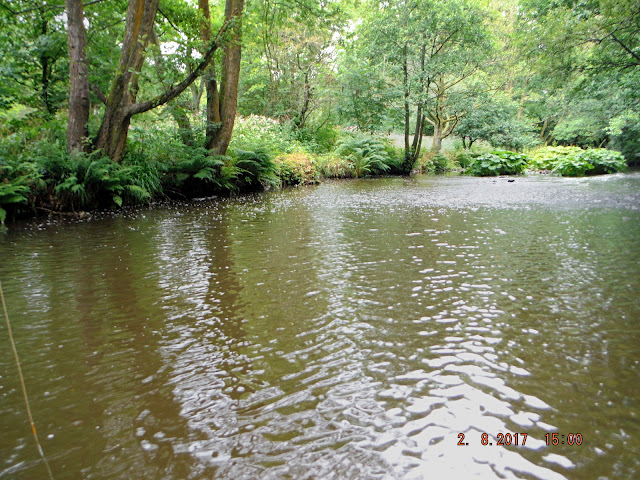 Same again a couple or three small ones, plus a nice one that jumped out of my hand as I tried to take it's photo.

Up to the awkward bit below, need to get the fly close to the brambles on the right and not get caught in the stuff behind. Doesn't look much but it is deep by the bank. That's the whole of the brook going through that narrow bit. 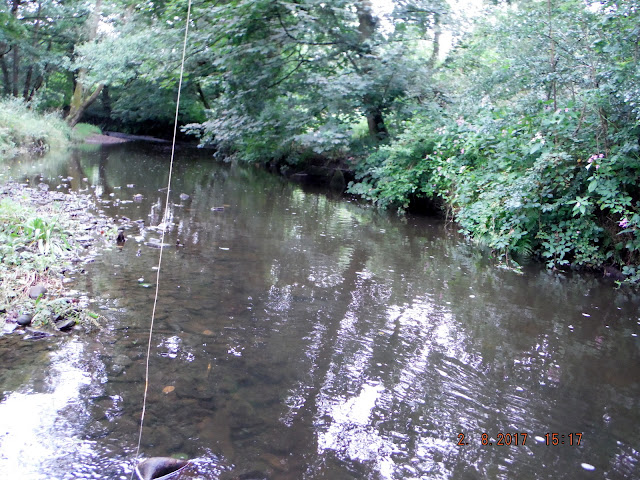 Managed to get the two below and only have two tangles. 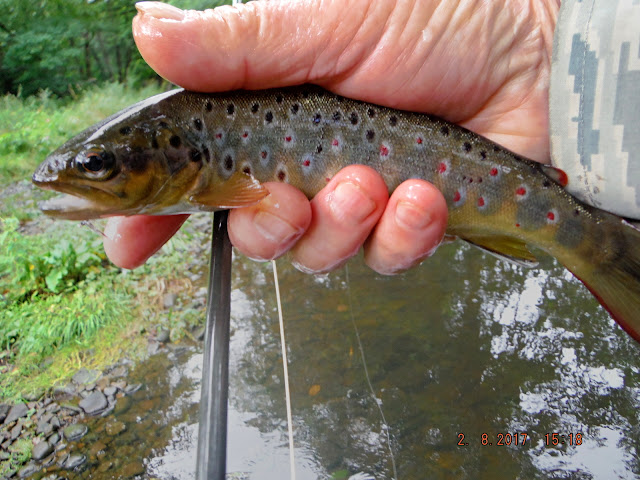 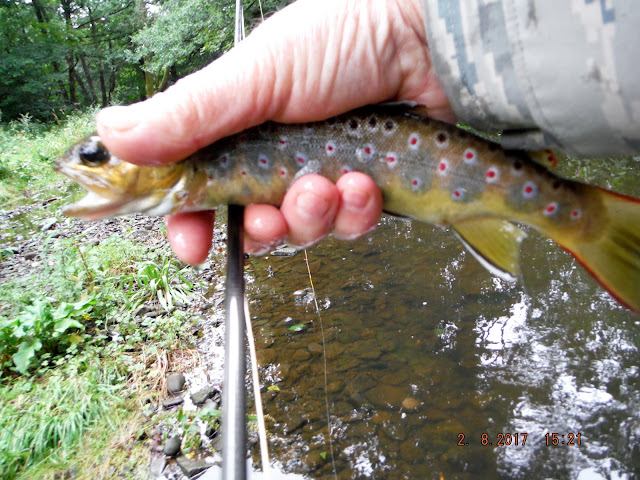 Moving on up catching nothing until I arrived at the glide below. 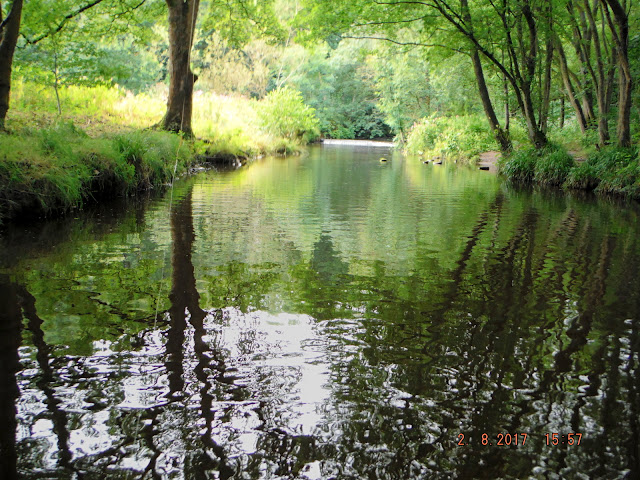 Plenty of rises left right and close by me at times. 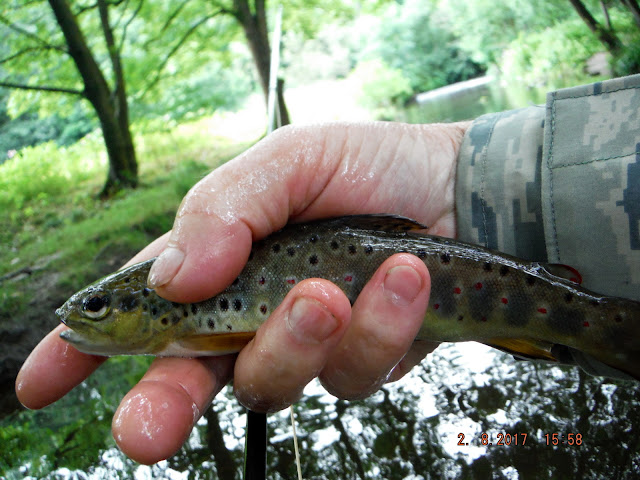 This one was almost first cast.
Still getting very small ones and the odd one a little bigger.

As I was casting up stream a fish kept rising about six foot to my left as I stood in brook, I ignored it as I thought it would be a little one in the shallow water. It rose again as I was about to move up to the next pool so I flicked my fly to it. The best fish of the day, below, was the result. Just shows to go you, as somebody said, I think in a film. 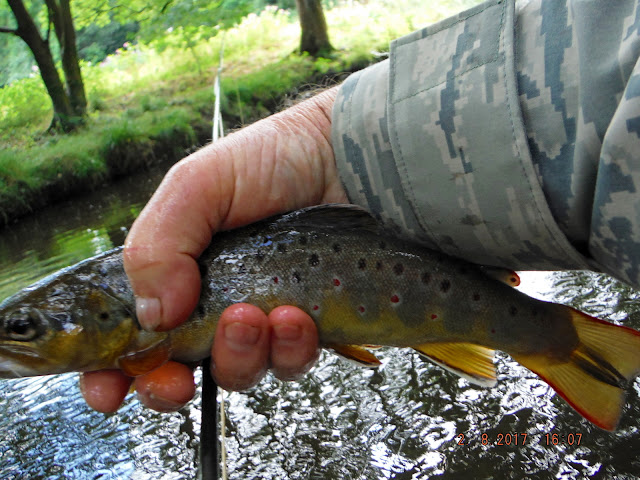 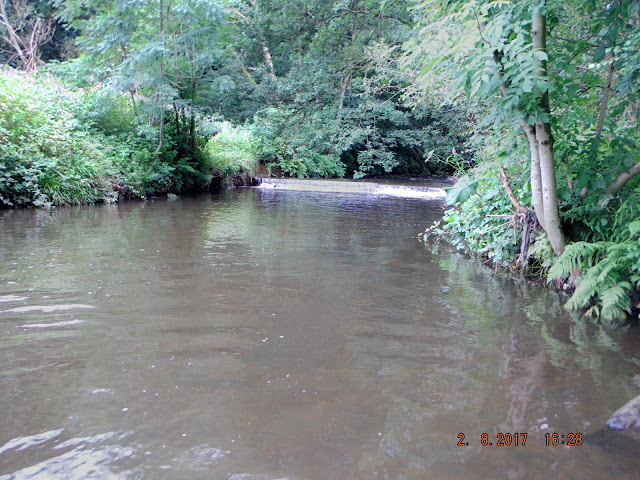 You can see how murky the brook was in the picture.

Finished off here and went home pretty happy.
Posted by Flyfishing the Irwell and other streams at Wednesday, August 02, 2017