That's where I fished to today to the end of the Tonge.

It is not a very long river, starts in The Valley in Bolton where Eagley Brook and Astely Brook meet. 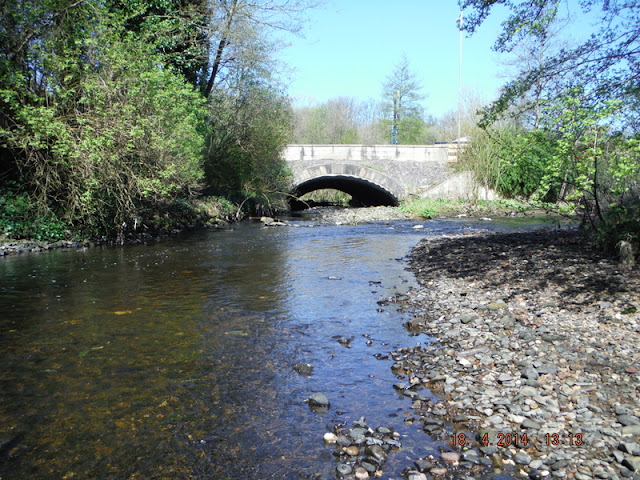 Astley Brook comes under the bridge, Eagley Brook from the right.


It ends when it meets the Croal in Darcy Lever just south of Bolton. 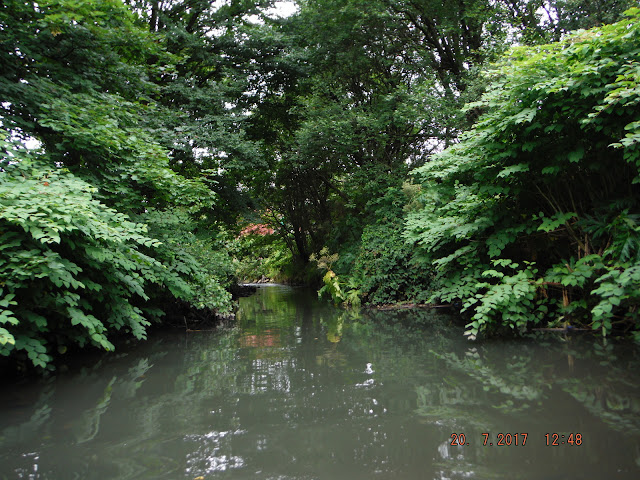 This the Croal where it meets the Tonge. A quite small and often polluted stream, as it was today. 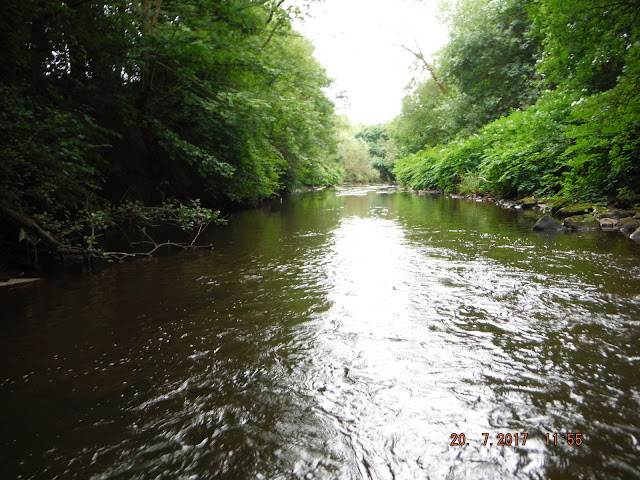 This is the Tonge a much bigger river before it becomes the Croal.


I didn't start at the top of the Tonge but at Lever Bridge not that far from the end. First time that I have been to this stretch this year, in fact I am not sure that I fished it last year.
Difficult to get into the river and not that pretty when you do, invasive weeds all the way down. Caught one fish on a nymph, going down, and that was it nothing for dry fly coming back up. It's coming back to me why I had not been there for some time, won't be rushing back.

Only good thing was that Bradshaw Brook joins the Tonge not far up above the bridge. Soon into fish there. 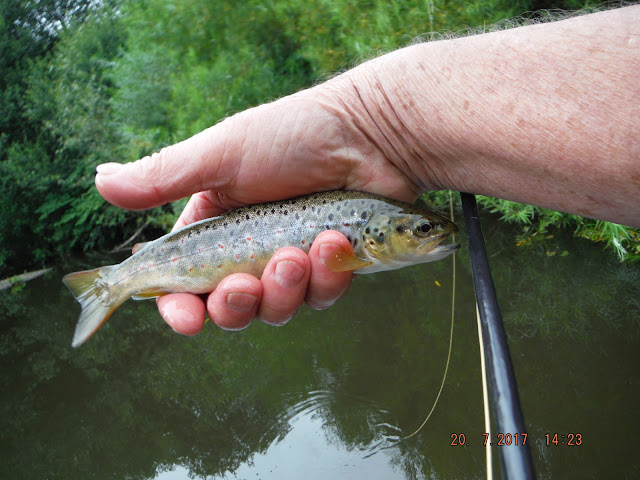 Caught a few like this one and a bit better. 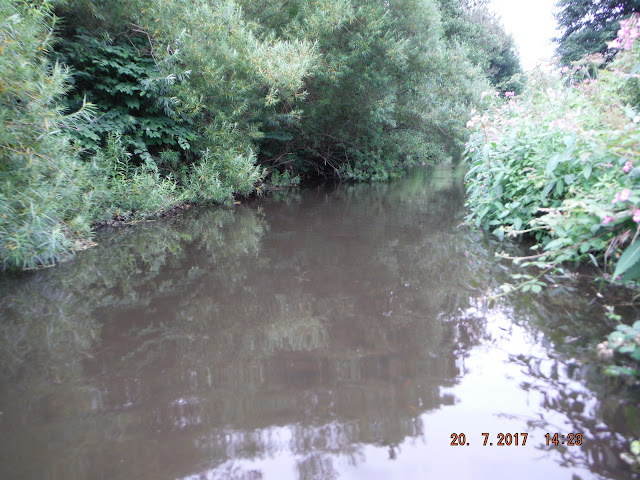 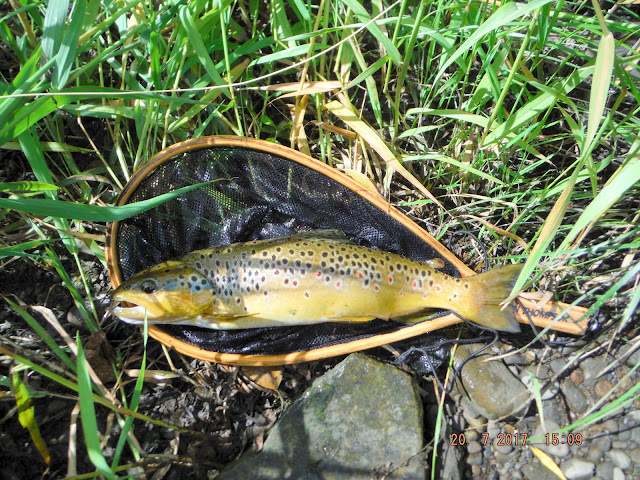 Then this one made my day worth while. Sorry about the photo, was in a rush to get the fish back in the stream.

Posted by Flyfishing the Irwell and other streams at Thursday, July 20, 2017