At last brown trout fishing in the rivers is back in season, nearly six months since I last cast a fly. Of course the weather decided that it would not help no rain but a very cold wind and little in the way of sun.

Started under and above the motorway bridges, river running quite low and very clear, also very cold. 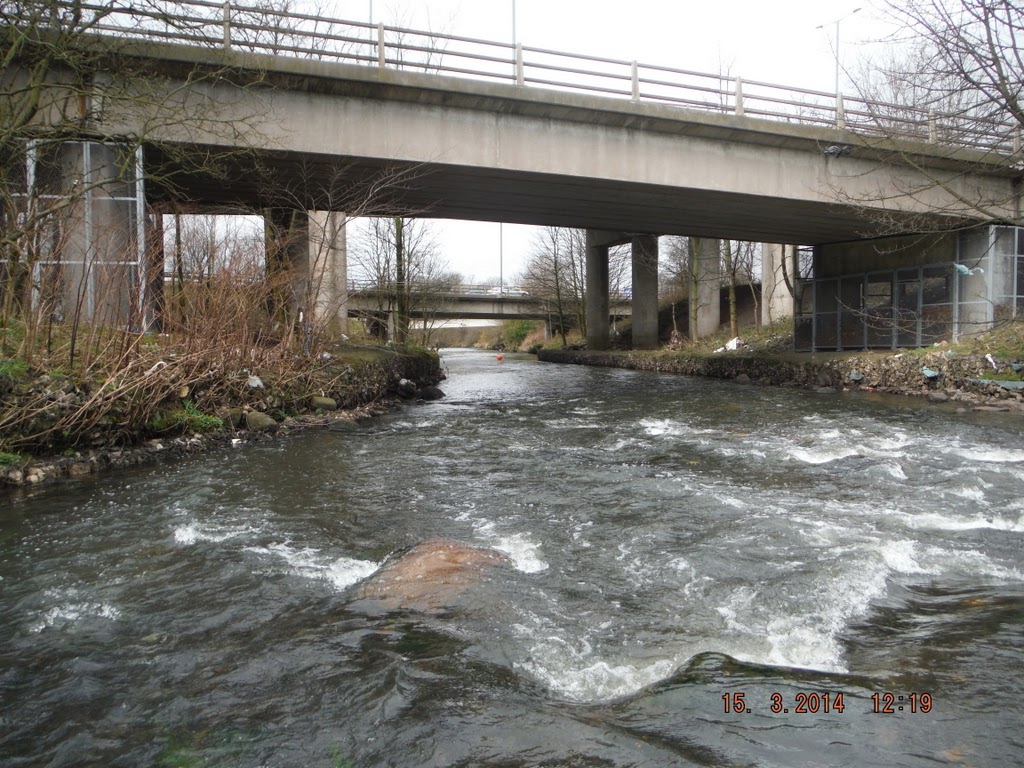 Yes I did say bridges, there are three (can't count, four forgot the one to the hotel), off ramp on ramp and the motorway its self, very noisy. 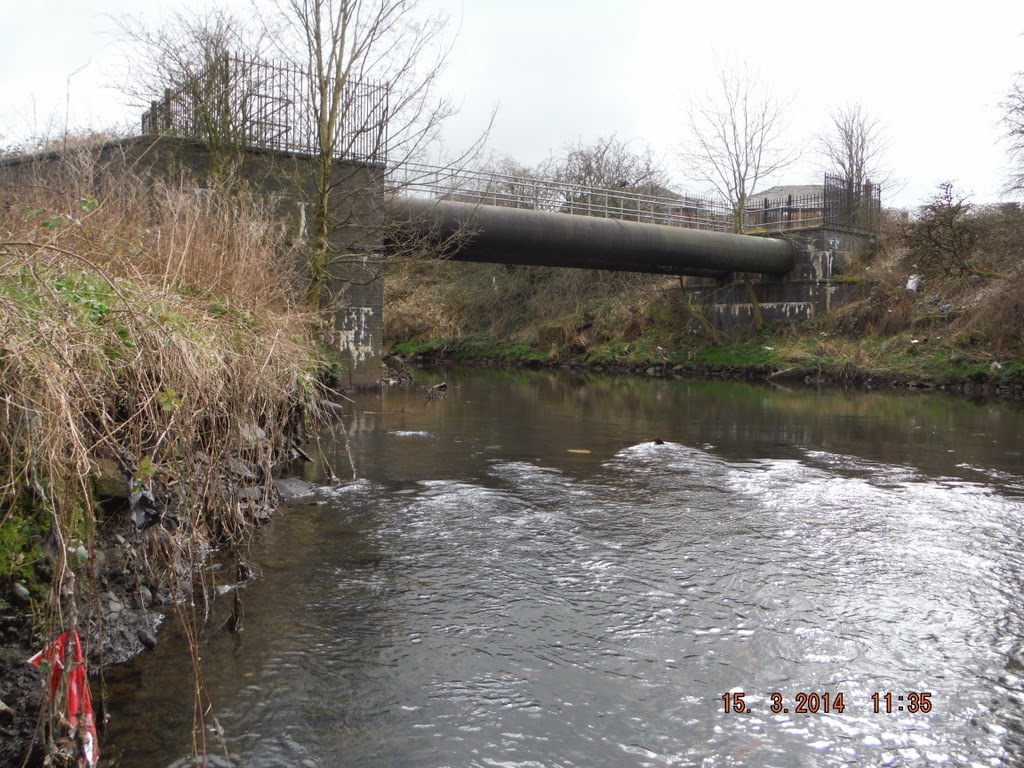 Sewer pipes everywhere around our rivers. 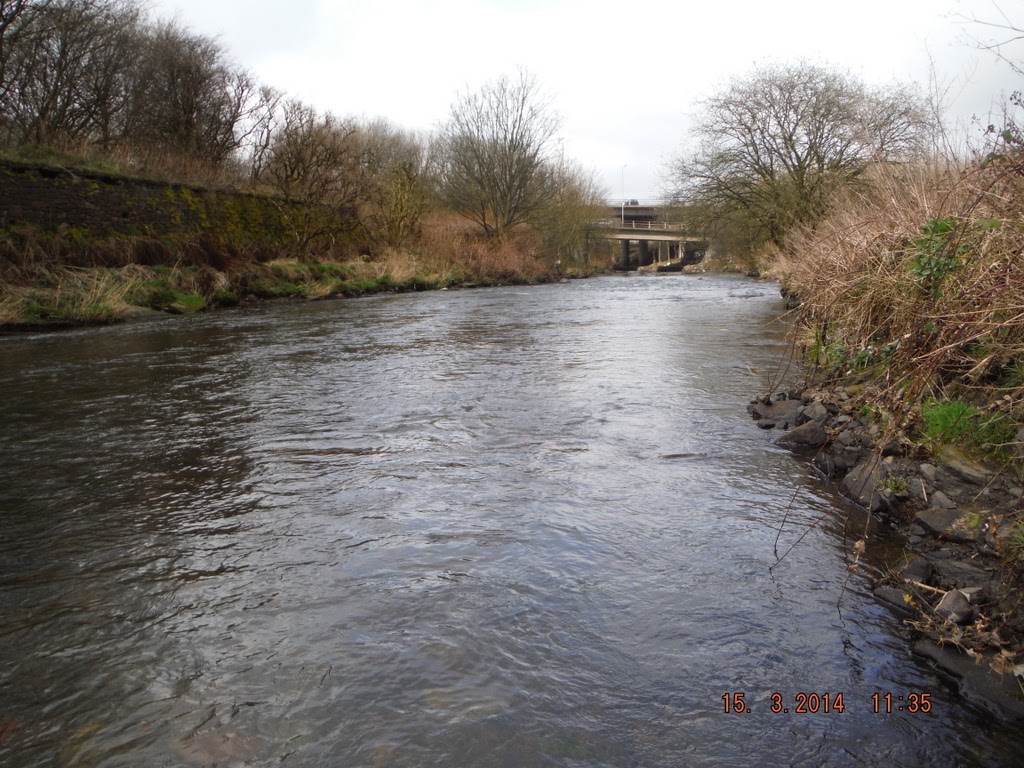 The pool above the top slipway bridge always looks like it will hold fish, but I have yet to catch a fish there and today was no different. Eight foot rod, sinking line on a Young's three and a half inch Beaudex. Tried three different nymphs, not a sniff. 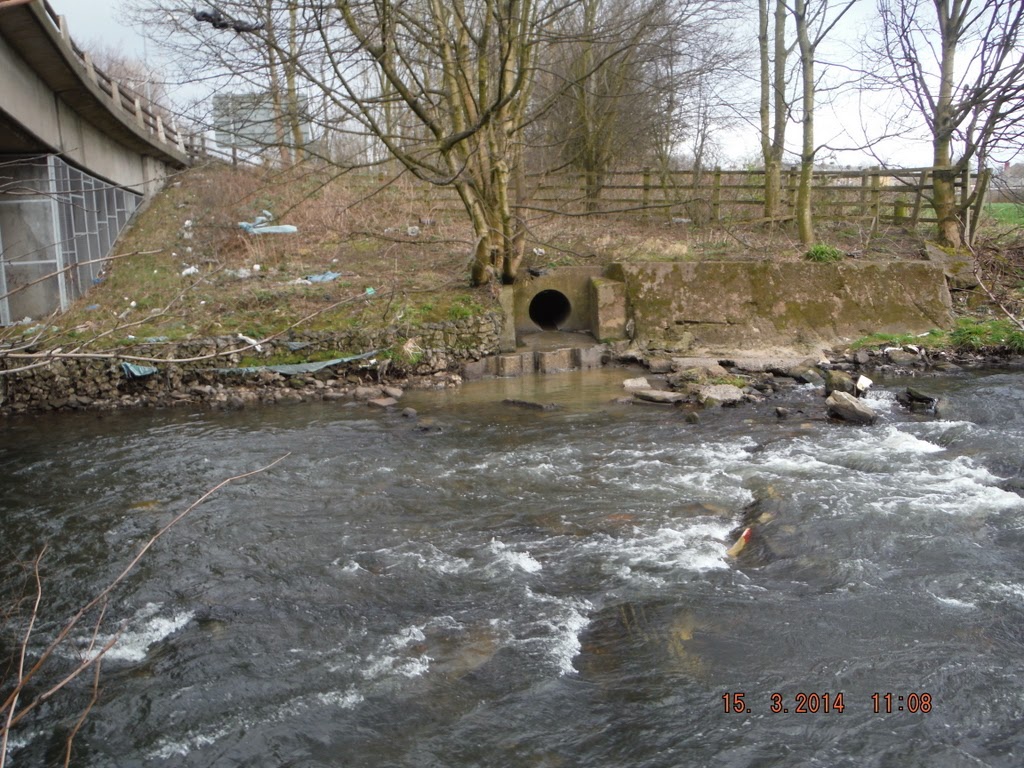 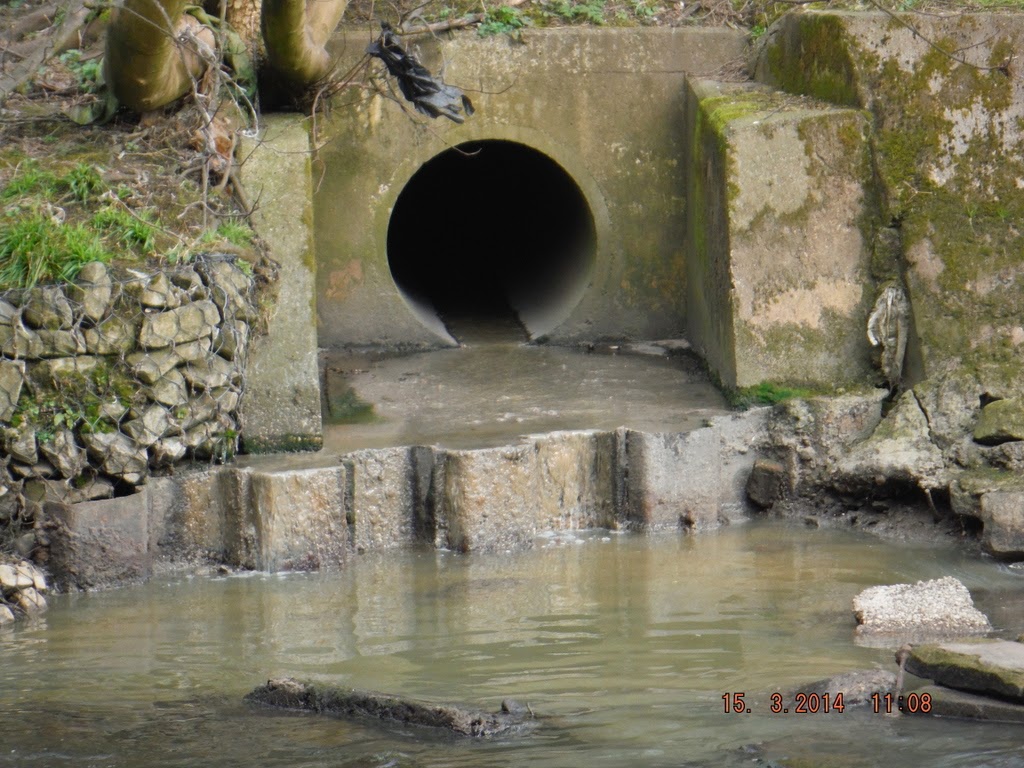 Well not quite true about the sniff, I did get one from this disgusting outlet.

Started off down river came upon two fellas, one fishing maggots whilst the other was spinning, wished them luck without meaning it.
I was surprised to see plenty of weed, the mild winter must have helped with that.


Despite the cold, further down river a few olives were rising and also a one or two fish.
Quick change of reels to a floating line and an Adams dry fly, more fish on the rise but not to my Adams. Adams usually get results early season but not today, changed to a Greenwells Glory (without hackle) and missed one second cast.

Then I had my first of the season, not a monster but very welcome, slipped out of my hand before I could get the camera out. Couple of casts later was into another one but not for long.
As I moved across the river to get a better angle on what looked like a good fish, a big fish came a couple of feet out of the river and took a fly on the fly. Gave him a couple of minutes to settle and then cast at where he was. Third cast a fish took, not the big one though, got it to net and managed a photo. The poor quality is due the flash working. 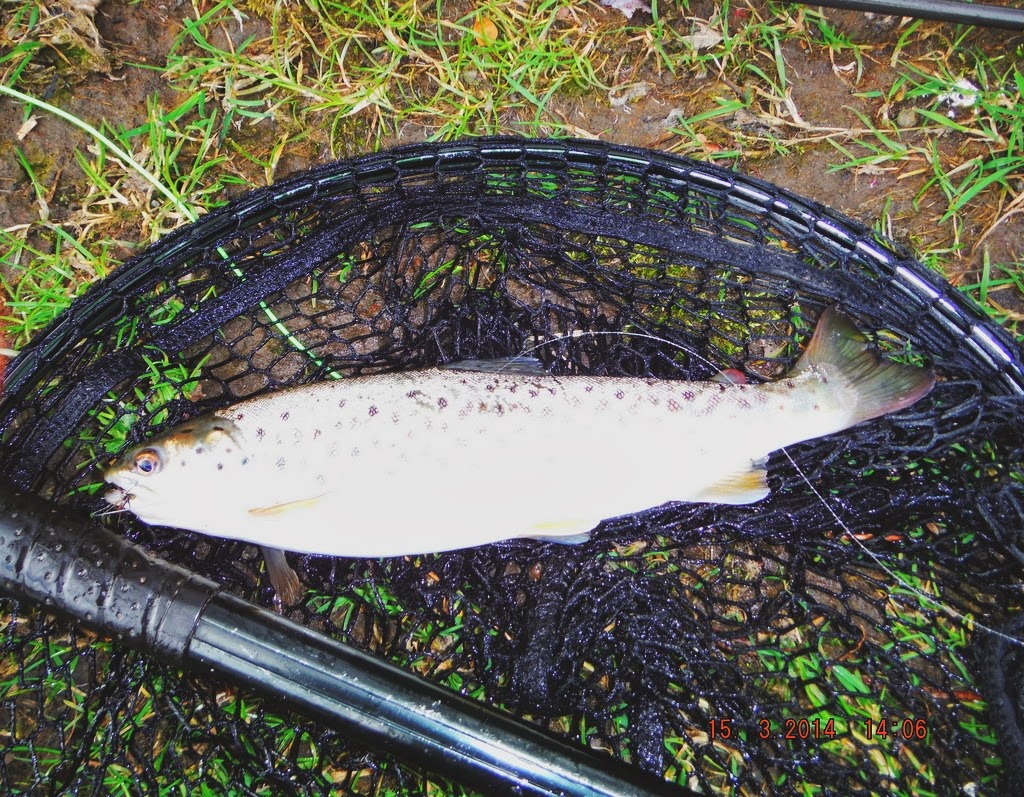 Where I caught, unfortunately there is also this. 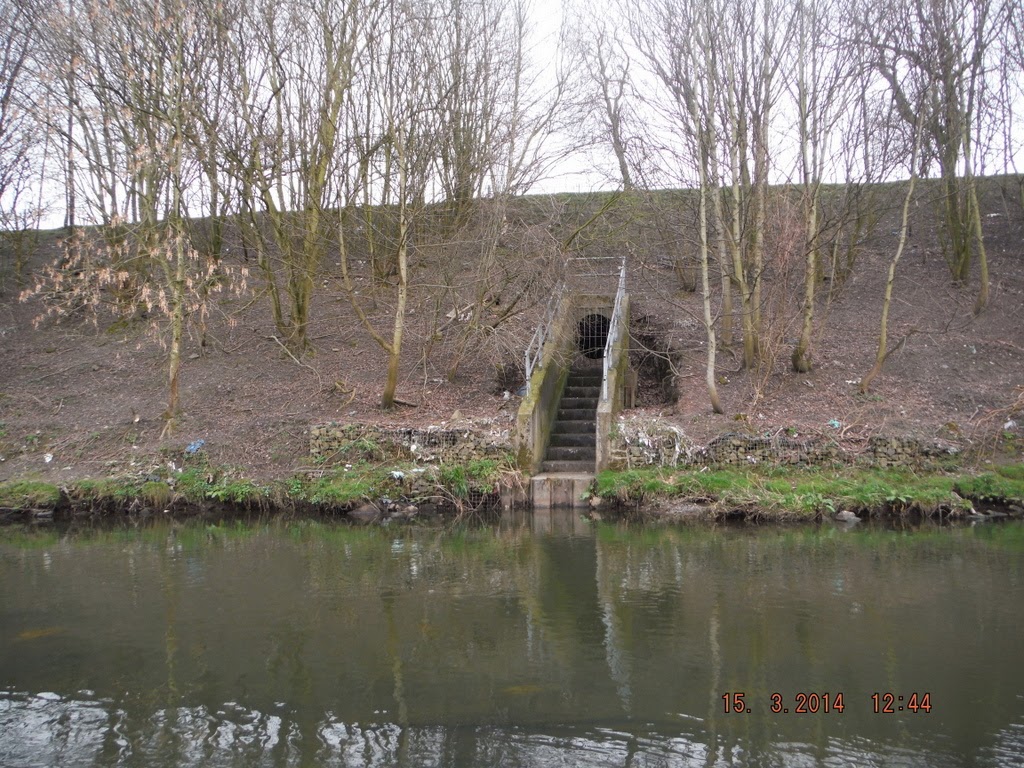 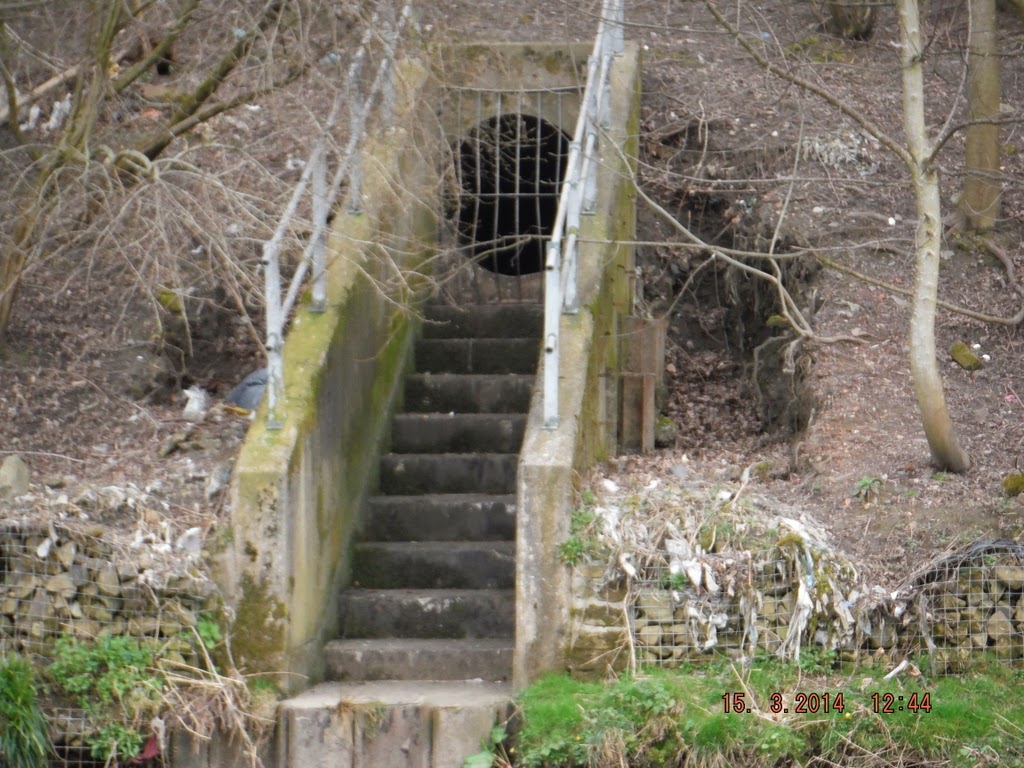 This Storm sewage outlet is dry at the moment, and so it should be,as it has not rained for over a week, the one shown earlier should also be dry  so there must be a problem with it.
It will go on the list that we are making at Salford Friendly Anglers to get United Utilities to fix. 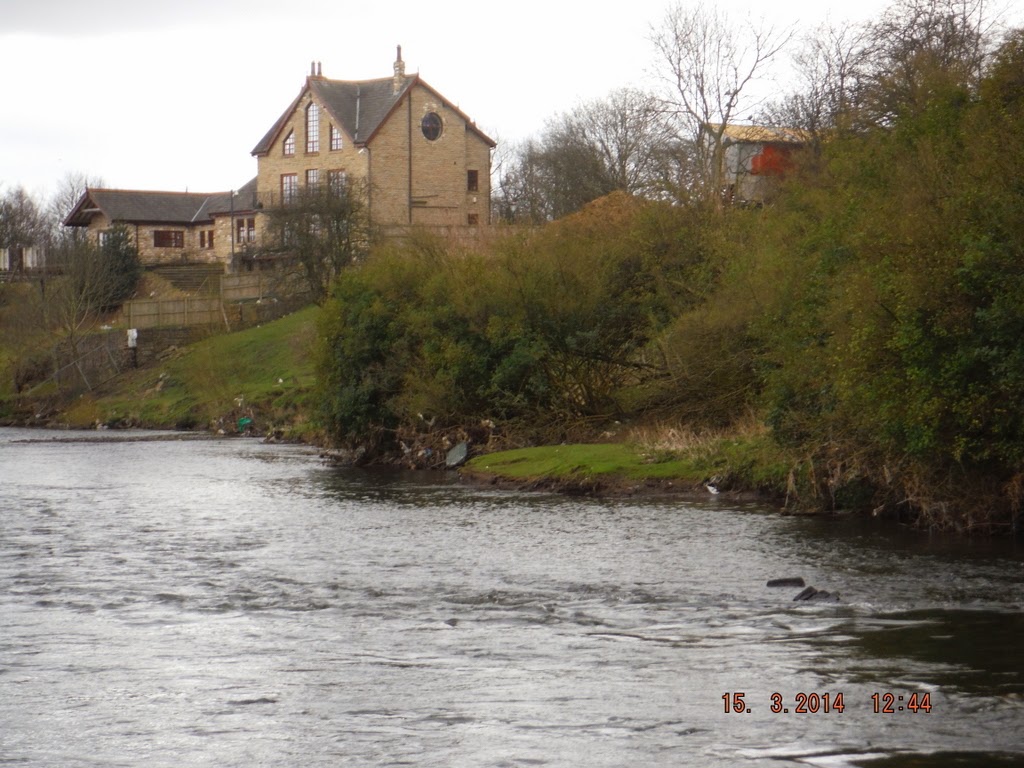 A bit too big for me but not a bad spot overlooking the river.

On Sunday I went  to Bury Ground, not much doing, only saw two fish rise. Hooked one of them Greenwells again. Good fish that bust my line with a couple of shakes of its head. Nothing else so did not stay very long.

Posted by Flyfishing the Irwell and other streams at Sunday, March 16, 2014