Got the urge to go fishing today, it's the close season for trout, so I went to Ladyshore in the hope of catching some small pike. The river was low and clear, the weather was overcast and cold with no wind to speak of.
I fished a small green plastic lure on a nine foot spinning rod with an old Shakespeare spinning reel. I started above the old weir casting across and down the faster water, moving down stream until I got to the weir nothing.
Then I fished the weir pool, where I thought my best chance of fish would be, nothing again. So I moved down to the start of the slack water further down stream and had a fish after a couple of casts. Not a pike though a out of season trout. 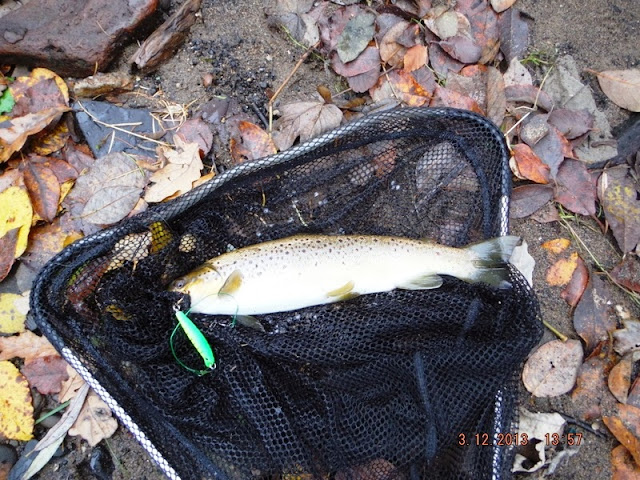 Nice clean fish , got it back into the water as quick as I could, and moved further down stream. 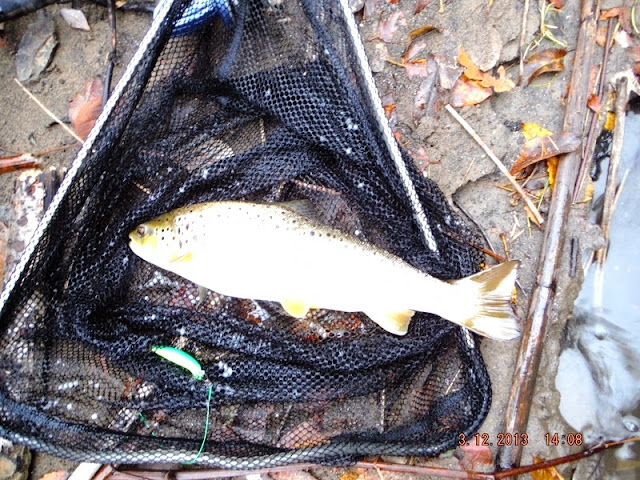 Where I caught another trout, a bigger one this time, I think it was full of roe as it had a soft swollen belly. Got it back in pronto and decided that was enough for the day.

I didn't want to keep catching trout and disturbing their spawning, I will go back to my walking and leave the river fishing until March when the trout season starts again.
Posted by Flyfishing the Irwell and other streams at Tuesday, December 03, 2013