Caught and released seven good trout, fishing a Copper John goldhead nymph on a floating line.
Some fish rising but to what I don't know, so I just cast above the rise and let the current take me through. Worked fine and saved trying different dry flies, later noticed blue wing olives coming down. Tried three different dry flies, not even a look. Was getting late (for my tea) so I packed in and went home. 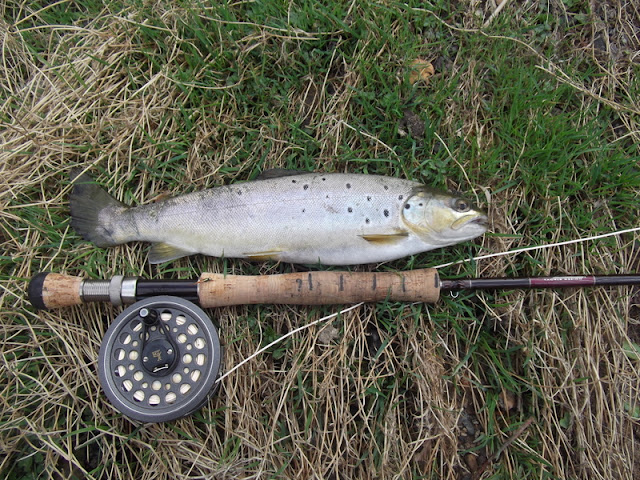 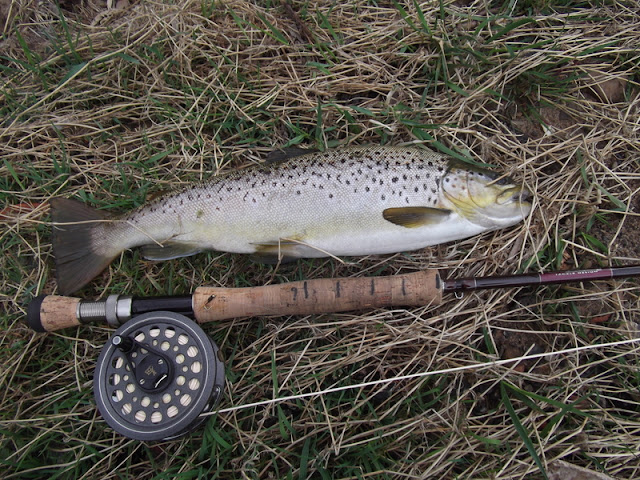 This one is a better fish going about 16 inches ( I don't weight just measure, the first mark on the rod handle is 9 inches) still light in colour but a lot more spots.

The river was up a couple of inches on last week running fairly clear, still loads of the nasty brown slime on the rocks. One or two signs of the trailing weed starting to grow.
The Giant Hogweed is everywhere wont be long before the banks will be blocked by it and the Knotweed

Going to try Ladyshore Little Lever tomorrow, third time lucky I hope, since the weir got washed out it looks very fishy to me, but I have, as yet, not had a touch. Just hope its warmer than today, at least the wind has dropped.
Posted by Flyfishing the Irwell and other streams at Friday, April 19, 2013