Rained in the night and was forecast for the rest of the day, the forecast was right for a change.

Takes lots of rain to make fishing the brook a problem as the main flow comes from Jumbles reservoir and is controlled. We only get high water when the reservoir overflows which is very unusual in the summer.
Started above Printers Lane, first visit of the year, hard to get to and lots of tree cover and woody debris. not much overhead casting up here.

It was raining quite hard most of the time and when it wasn't it was coming of the trees. Despite the conditions it was dry fly as usual, infact the same actual fly from last week, a battered Coachman. 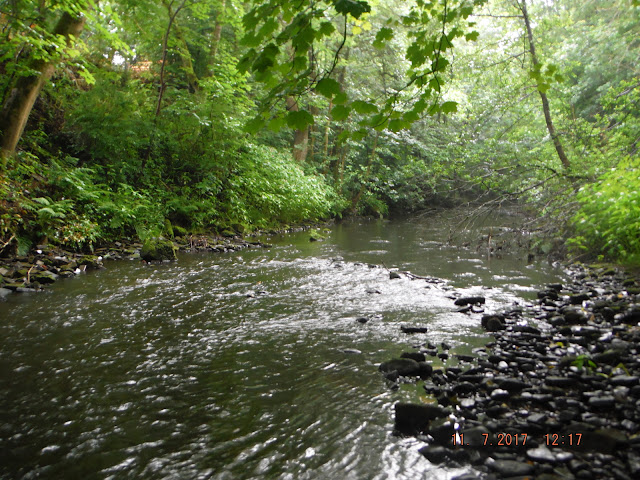 Mostly shallow fast water with some deep glides. Nothing until I was passed the branch in the water, where a good fish hooked itself with no help from me and then got off, with help from me.
Never mind was soon into plenty of others, mostly quite small ones, as is usual for the brook. 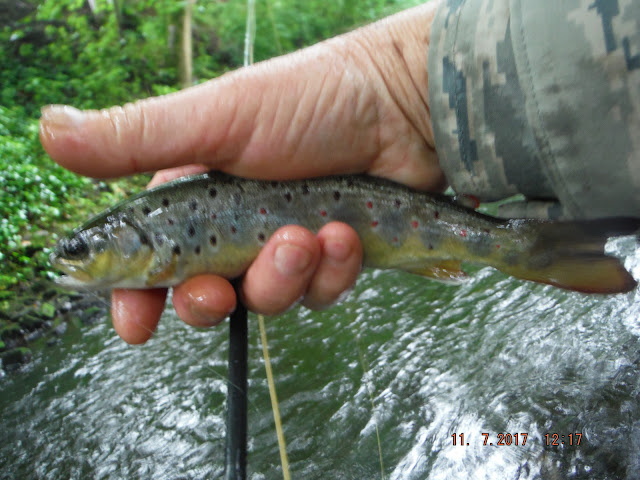 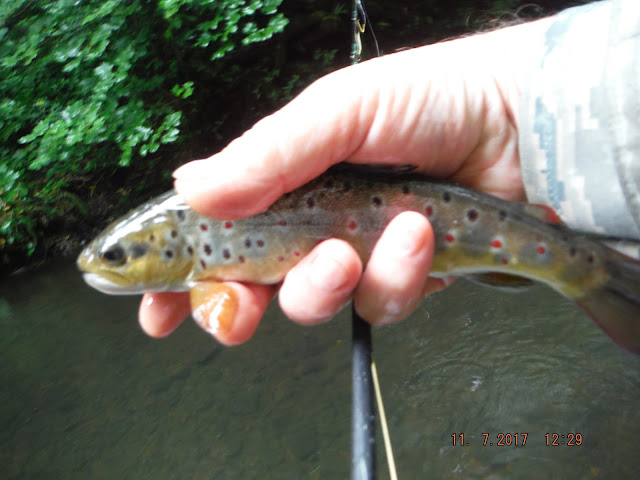 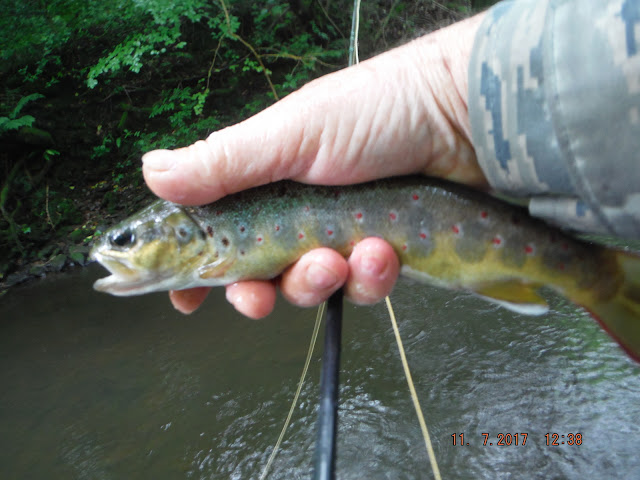 Caught a few others much the same as the ones above. 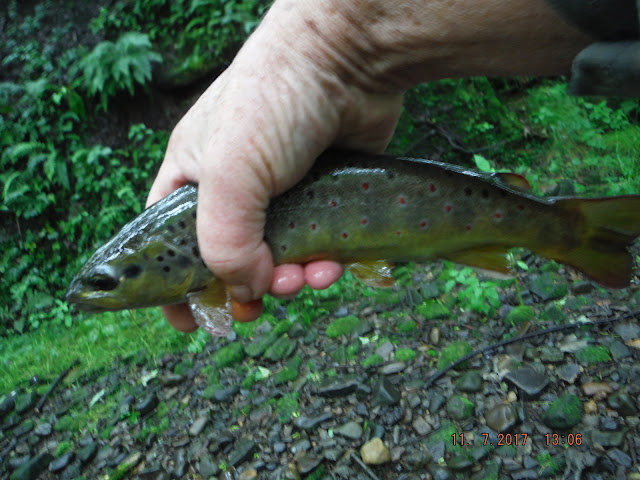 This one is a bit better. 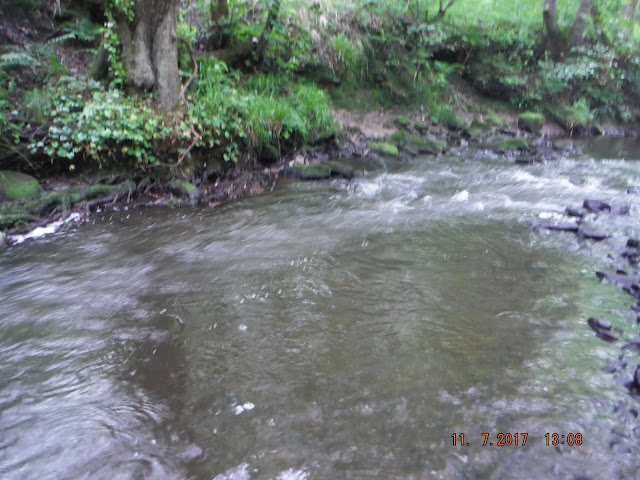 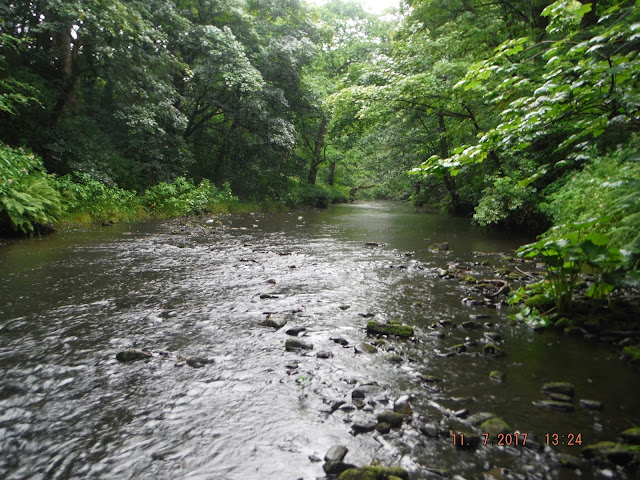 Just a bit more room but you need to fish under the trees on the right. 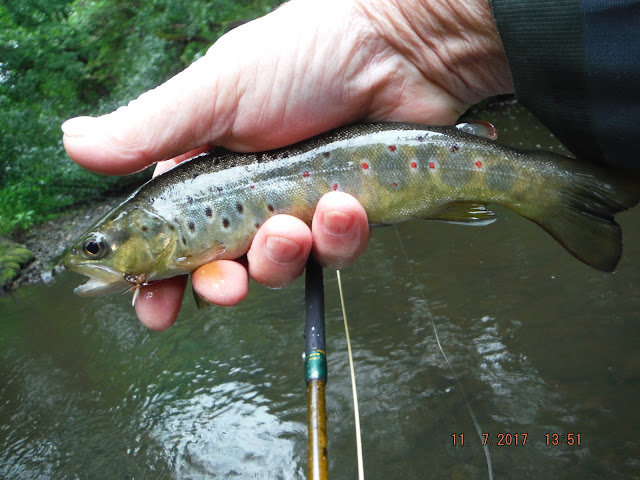 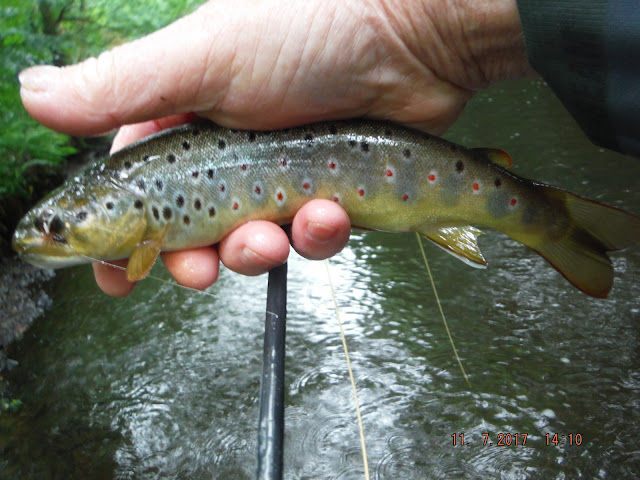 Couple more much the same.

The rain just kept on coming, even though I was dry underneath my face and hands where getting cold and damp, glad I was getting near the end of the stretch. 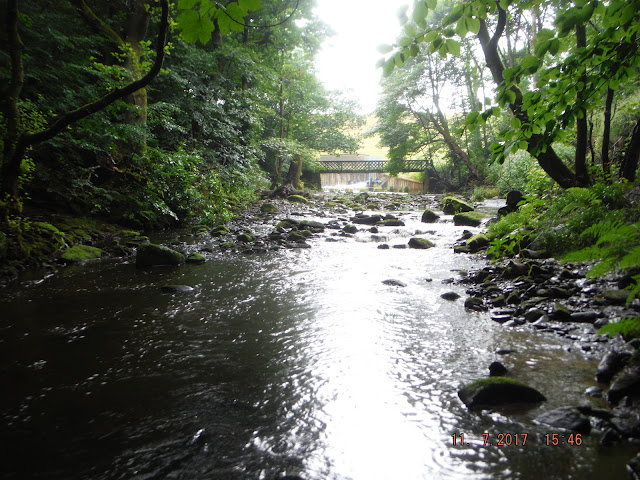 Pleased that I carried on though, as the best fish of the day was the second last that I caught. Came from a nasty bit of water with a fallen tree in it, thought I had lost it when my line got stuck on a branch. Had to wade in and get it free. 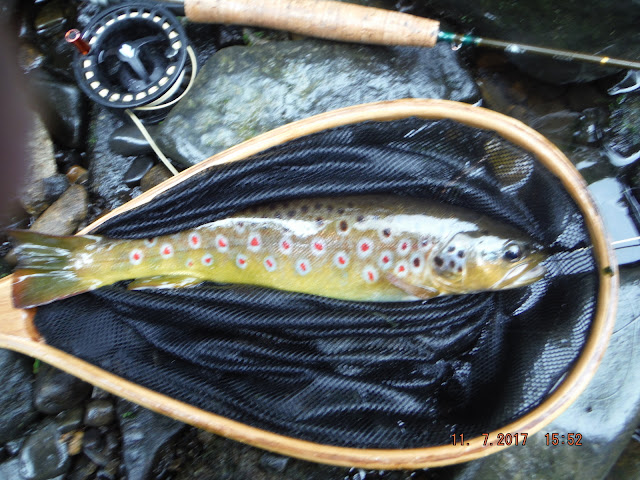 Had one last cast in the same water and was surprised to catch the one below. 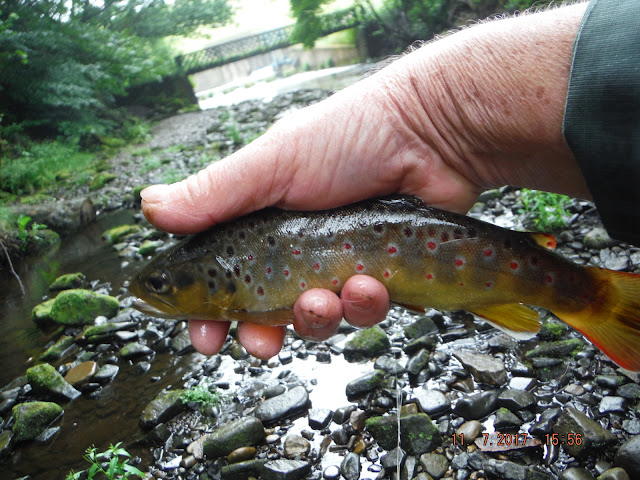 Both with very bright red spots.

I would usualy fish back down the brook but with the rain decided to take the path home.
Plenty of fish on a miserable wet day very pleased with the results.
The first Coachman fell apart, sad to see it go, replaced it with another one and carried on catching.

Posted by Flyfishing the Irwell and other streams at Tuesday, July 11, 2017