The main purpose of my travels was to photograph non native invasive weeds growing on the banks of the rivers Irwell, Roch and the brook. This was my third day in a row of weed spotting for the  Plant Tracker web site.

I started at Ladyshore which is one of the worst areas for Himalayan Balsam closely followed by Japanese Knotweed and lots of the dreaded Giant Hogweed. 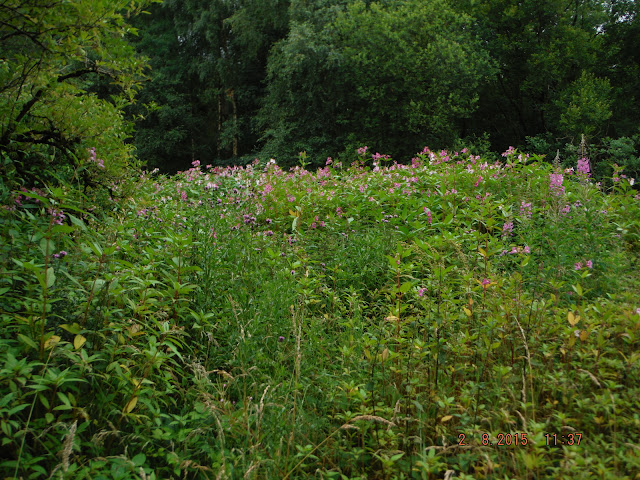 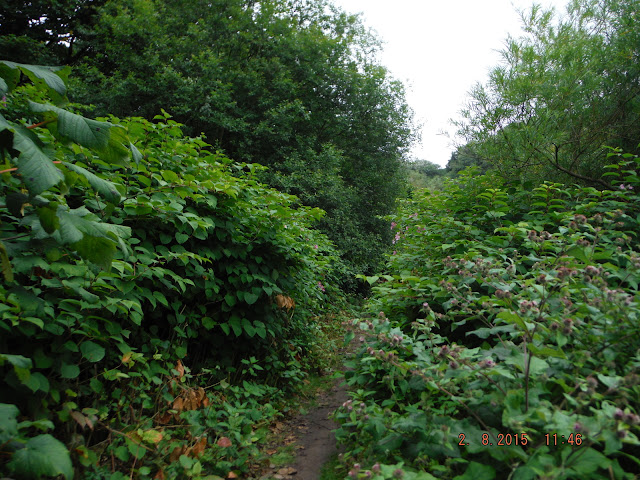 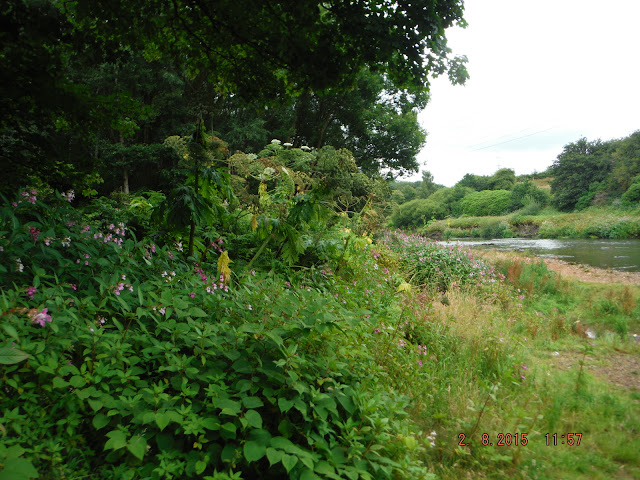 As I was leaving I met a work party from Little Britain Angling who were clearing rubbish and excess weed from the Bury Bolton Canal. You have to be very keen to take it on as the canal is very poor order. 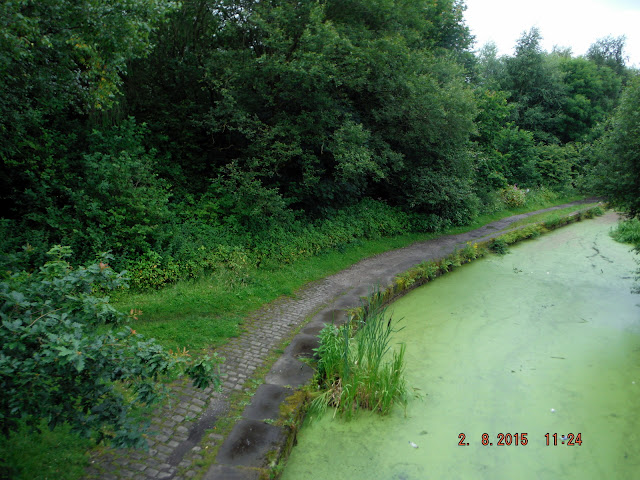 Try fishing in there.

Next I went to Sion Road which is as bad a place for Giant Hogweed as you are likely to see, on second thought Springwater Park is worse. 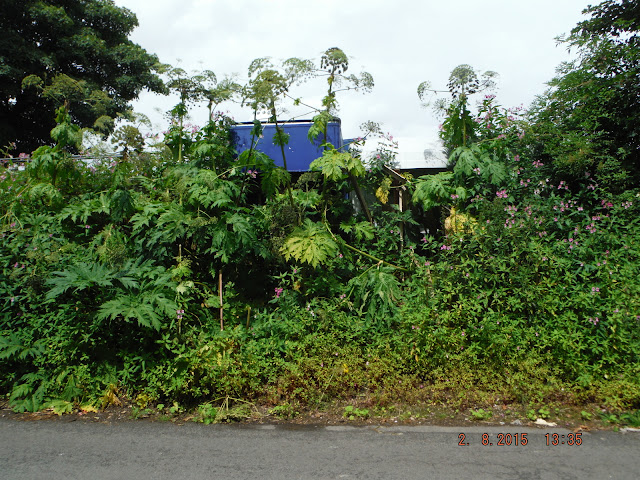 This is actually on Sion Road before you even get to the river. 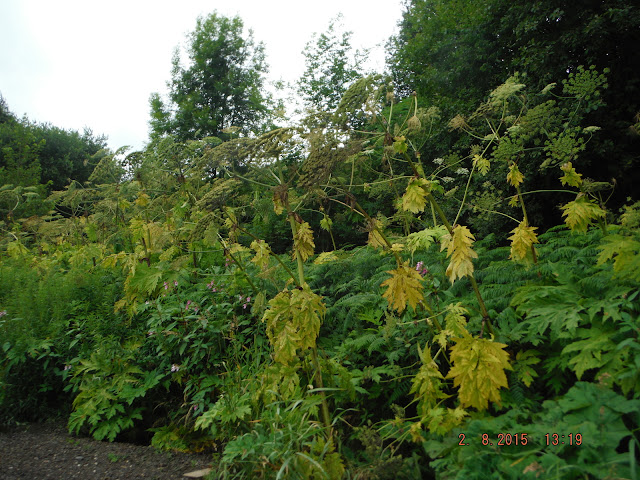 This runs for over 200 yards down one side of the river I had to wade as you can not walk on the bank without protective clothing. The other bank is just as bad. 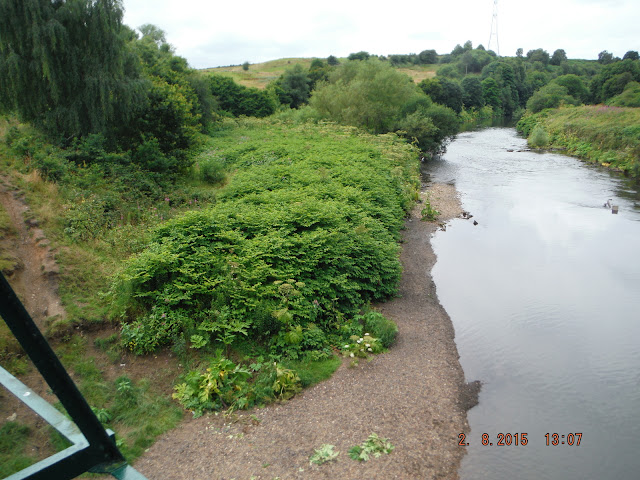 It's got more than it's fair share of Japanese Knotweed as well.

There are still miles of the river that have not been been added to Plant Tracker as yet. On Saturday I took over 170 photos and another 150 on Sunday, thank godness for digital cameras.

Bradshaw Brook and Fishing.
After all the camera work I thought I was due a little relaxing fishing. Did not completely turn out that way I had to fight my way into the part of the brook that I wanted to fish. Glad I did, even though I lost a couple flies and tippet's in the trees, one of them before I even started fishing. I used my 6' 6" rod with a BWO. 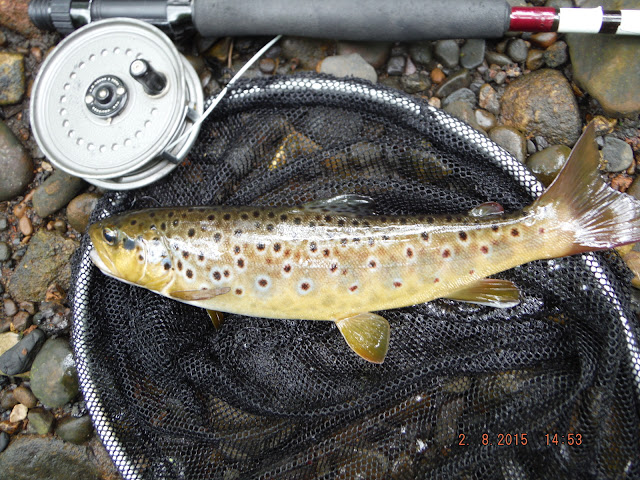 And caught this very nice fish.

The next few turned out to be a lot smaller. 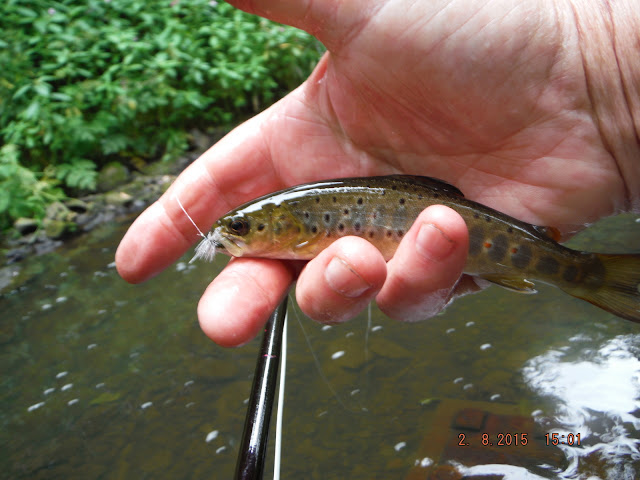 Though not all as little as this one. 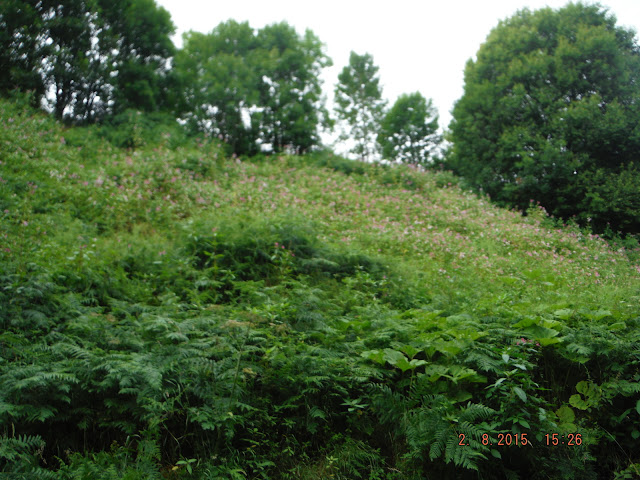 Also took some more pictures of the weeds. sorry to go on about them. 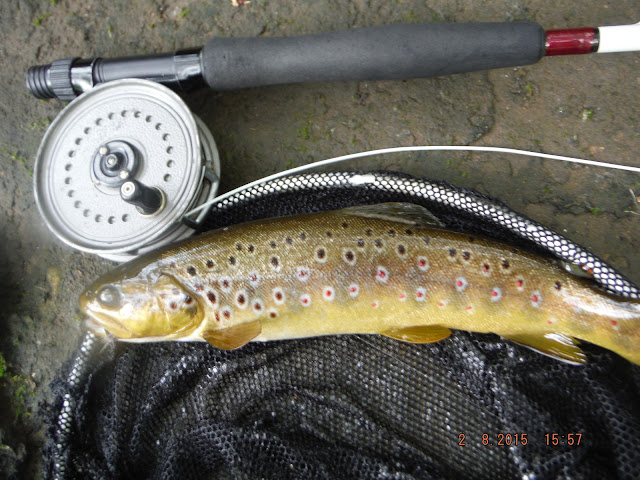 Had a couple more small ones before hooking this much better fish, He does not look very well in the picture but he swam away OK. 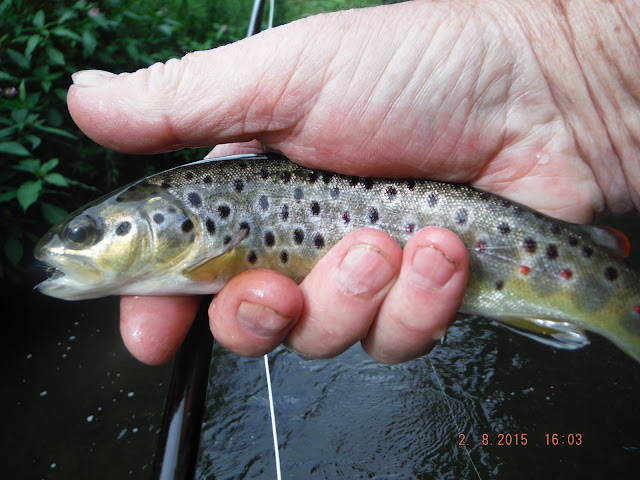 This was the last one I caught, not a bad fish so a pleasant end to the day.

If you have a fancy phone with GPS and it takes photos, I think they all do nowadays I am not into phones. down load the Plant Tracker App and get reporting invasive weeds. There is help on the App as to which plants they want reported.  Or take pictures with a digital camera go on line and report them there as I do.
Posted by Flyfishing the Irwell and other streams at Monday, August 03, 2015