Worked my way into the Tonge from an industrial estate, down a overgrown bank strewn with rubbish that had been fly tipped. Children's toys, a fridge and what looked like some ones bedding and clothes, along with the usual drink cans and plastic bottles. The river itself was not as bad as I had anticipated mostly river flotsam with some jetsam of course.

Fished a 7 foot 4 weight with a Adams shuttlecock dry fly.

As with all rivers and streams in Greater Manchester the banks were lined with Japenese Knotweed , Himalayan Balsam with a quite a lot of Giant Hogweed. Along with fallen trees, brambles and nettles. 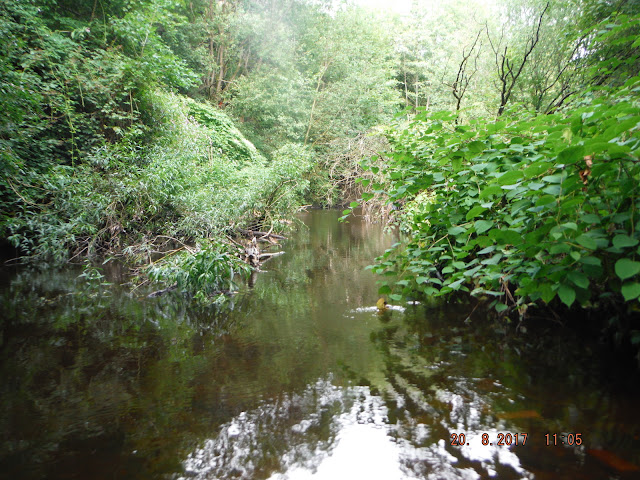 As in the photo above the river was narrow in places and always with snags to the sides and above. It was also deep enough to make me thankful for my chest waders in places.
Anyway it looked promising despite the fact the there were no fish to be seen rising, did not turn out that way for quite some time. 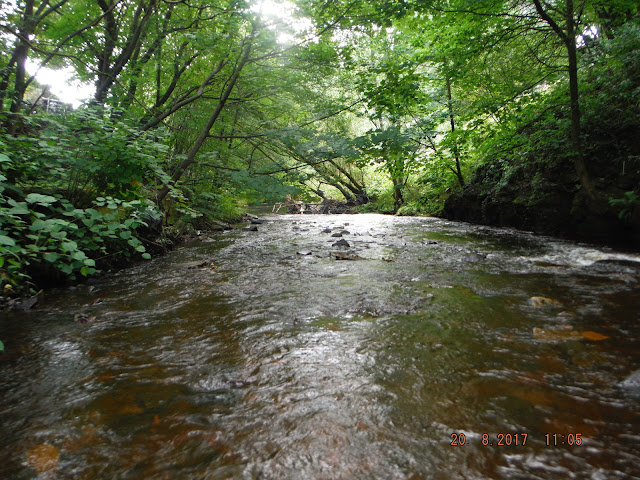 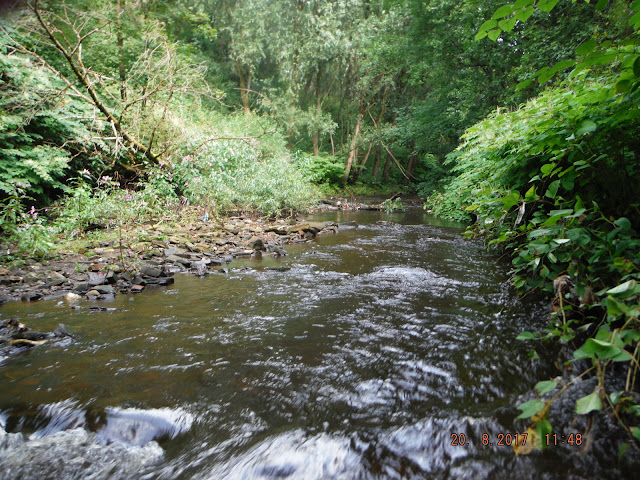 With an occasional walk on the bank. 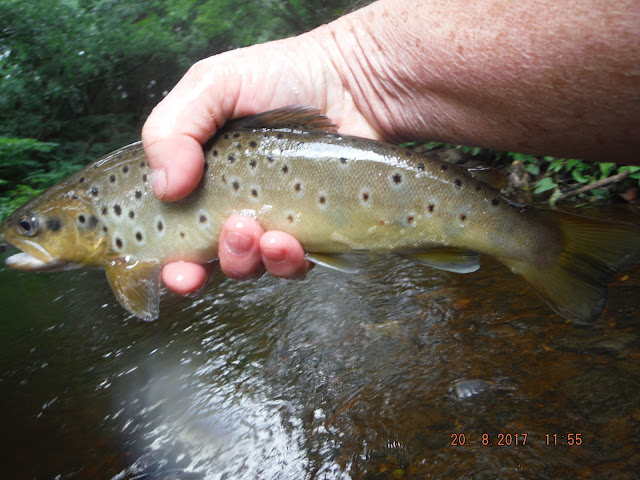 Missed a couple before netting this nice fish. 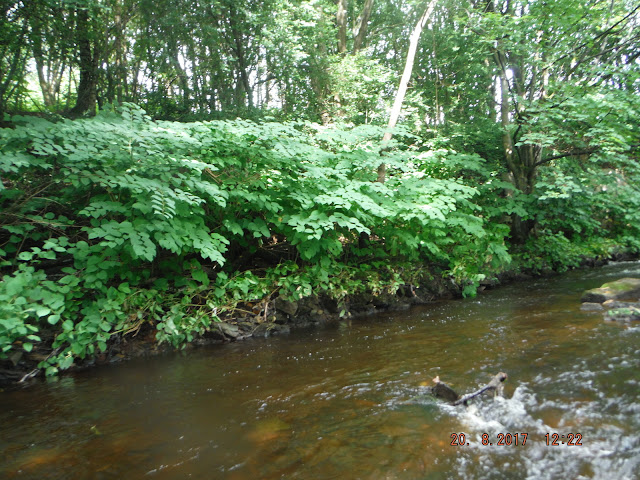 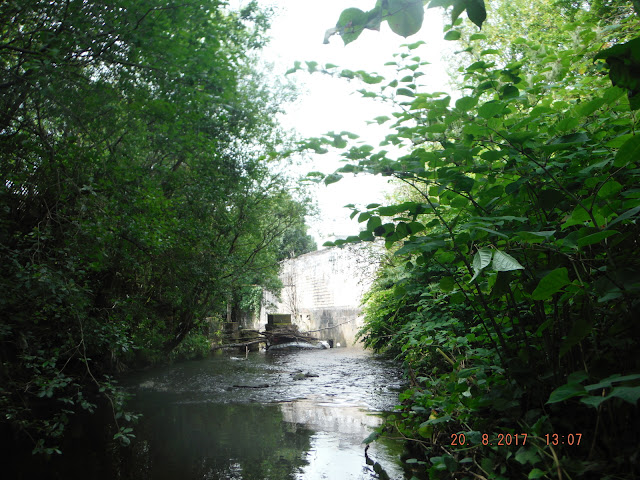 And then I came up to an old weir which I did manage to climb, I do mean climb passed it. 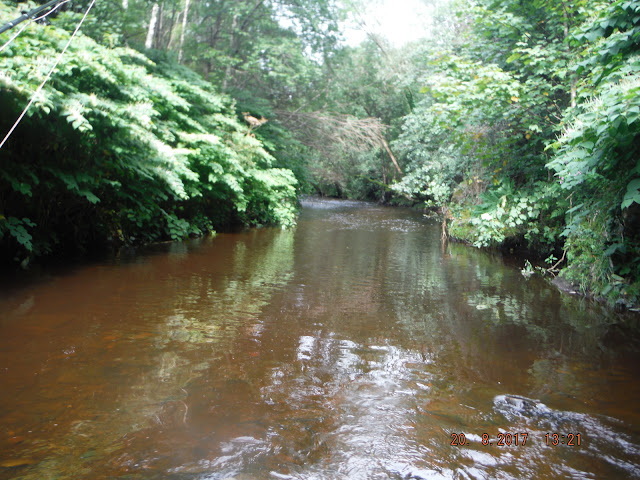 Some good looking bits of water above the weir which did not produce. 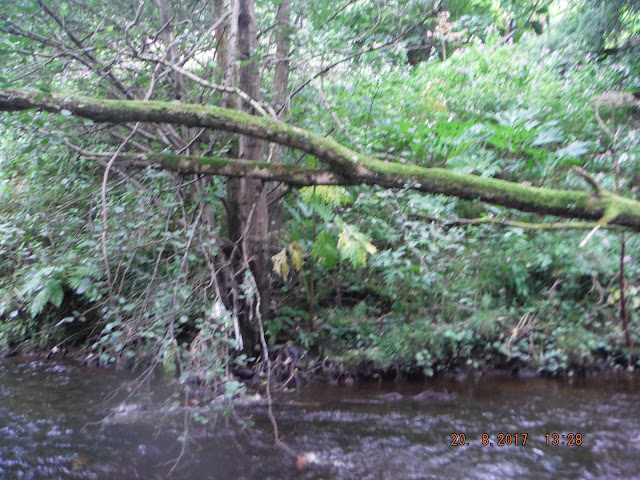 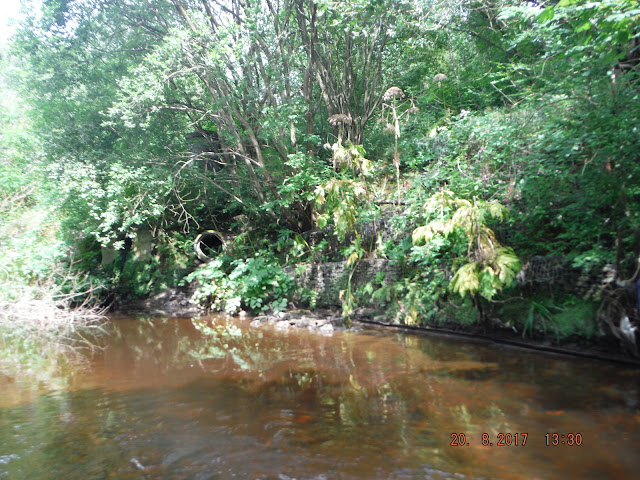 and a large sewer outlet, with more Giant Hogweed 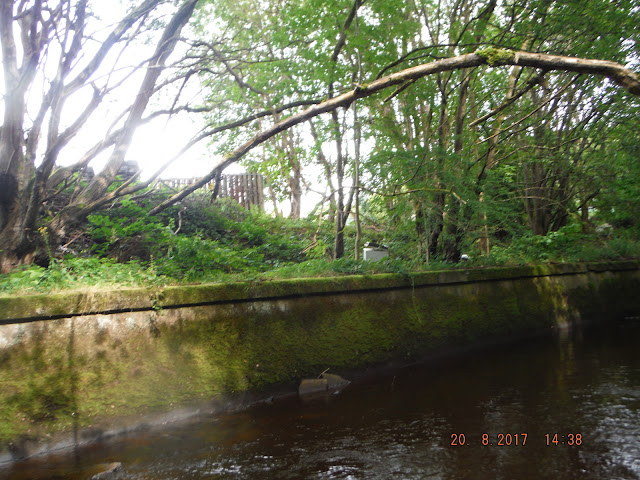 This is back where I started, with the fridge on the bank. No I did not climb the wall to get out of the river, there was a lower bit near bye.

Lost three flies in the trees and caught just 3 fish, not sure if I will try there again.
Posted by Flyfishing the Irwell and other streams at Sunday, August 20, 2017