Been out and about since my last BLOG, catching some but not always a lot.  I have been filming my fishing on a gopro hero and put some on youtube.
.https://www.youtube.com/channel/UCIVL5YnwhMOgARoD7_1keiw

if you would like a look, I hope to get better at it. the filming that is.

The weather in  Bolton has been pretty much rain in the day and rain in the night, but not great amounts of it until today. The rivers have still been OK for fishing most days.

On 23 July I fished the top end of Bradshaw Brook and waded through a nasty walled section that I usually avoid, hard wading and a bit dangerous if you slip. Was expecting to catch something decent as it doesn't get fished very often, well not by me anyway. 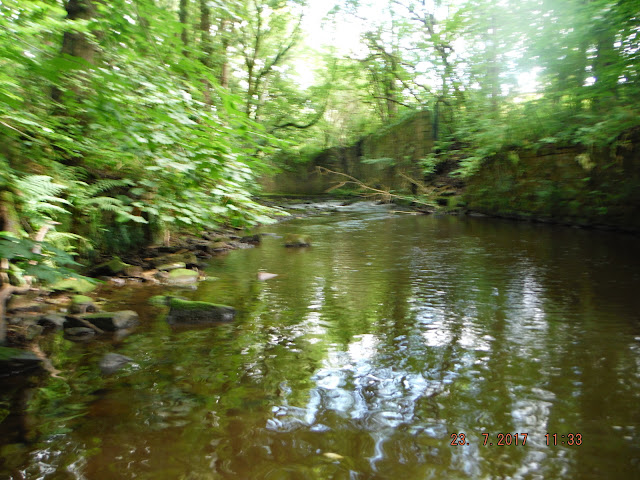 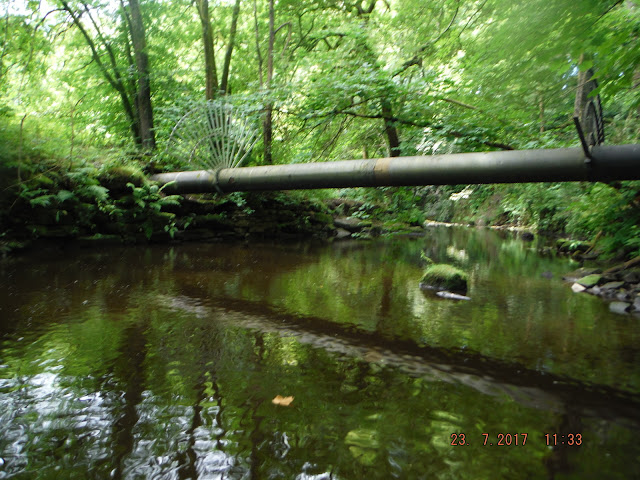 I caught a three fish there best one below. Better luck next time. 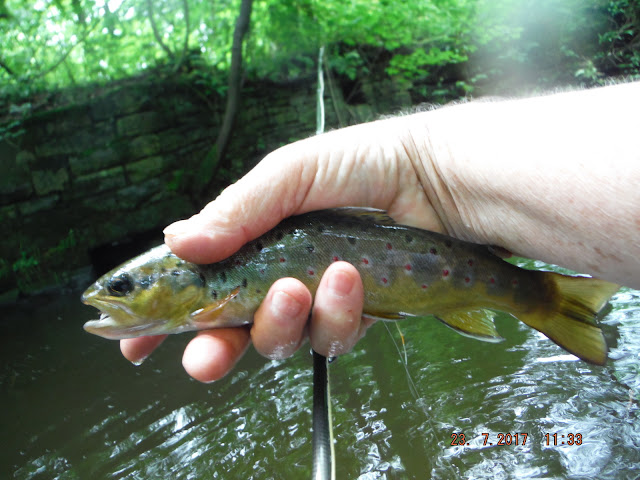 After the bridge and walls the fishing was easier and better, plenty fish but nothing of any great size. 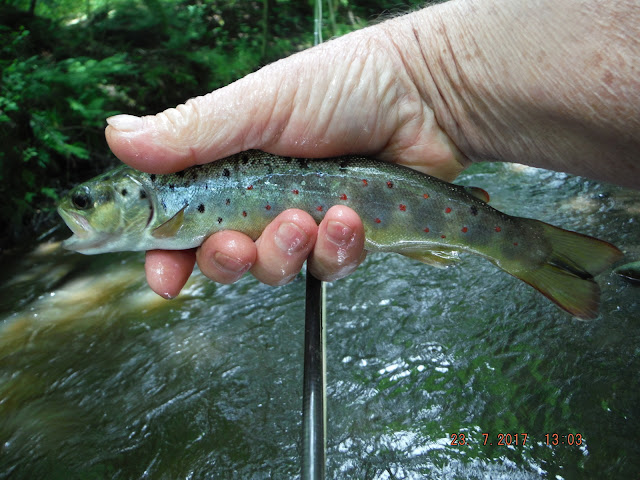 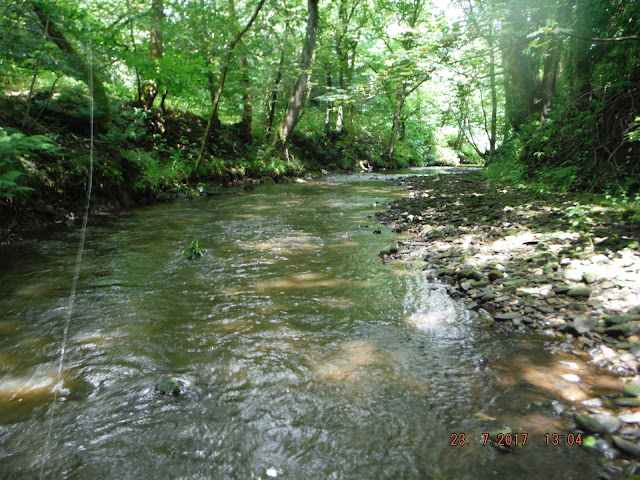 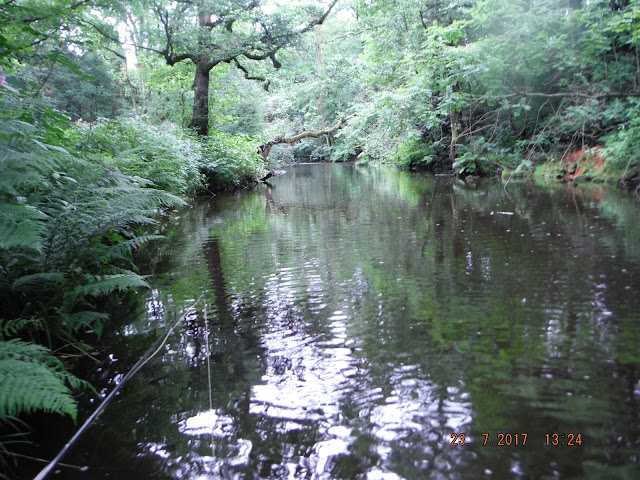 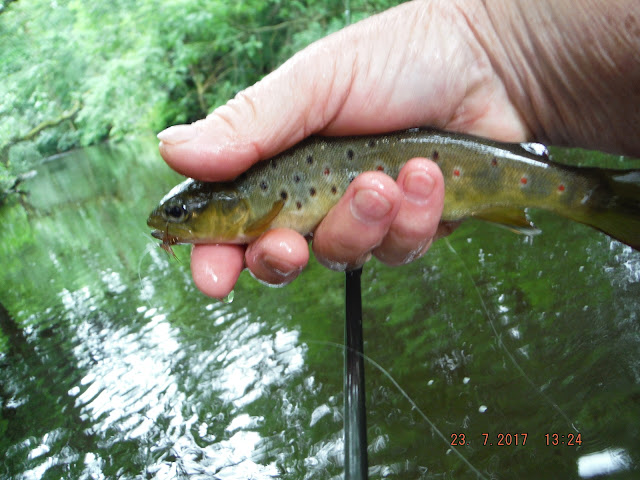 On the 25th I fished Bradshaw Brook but this time much further down, not much doing. 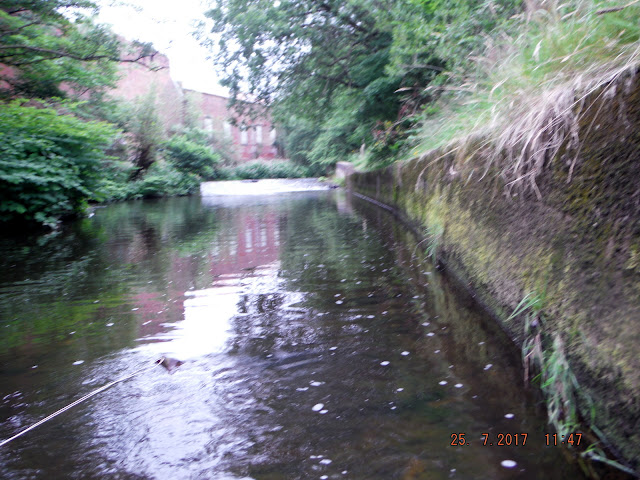 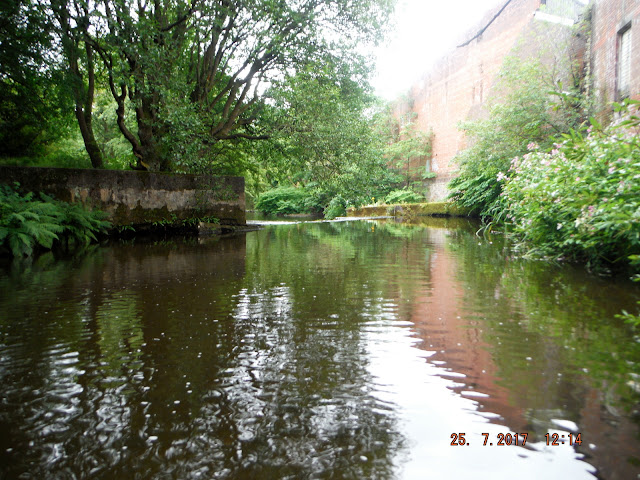 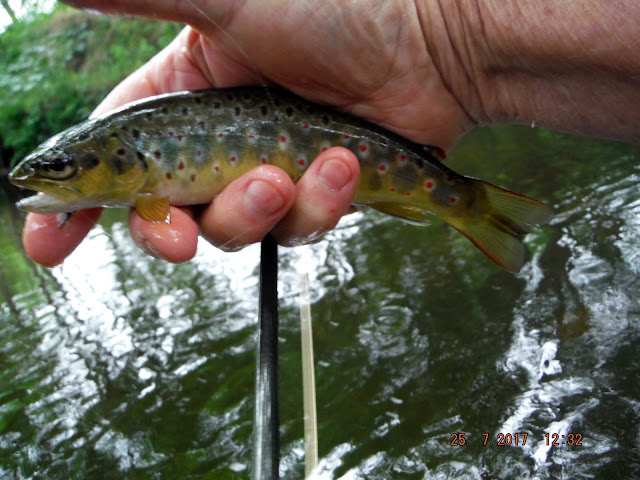 Sunday 30th I did my August kick sample at Ewood Bridge on the Irwell. The river was up a bit  with the rain, insect levels were OK but not great.
Went up river for a fish afterwards and filmed it, put on youtube.

Today I fished a real dirty place and caught just one fish. 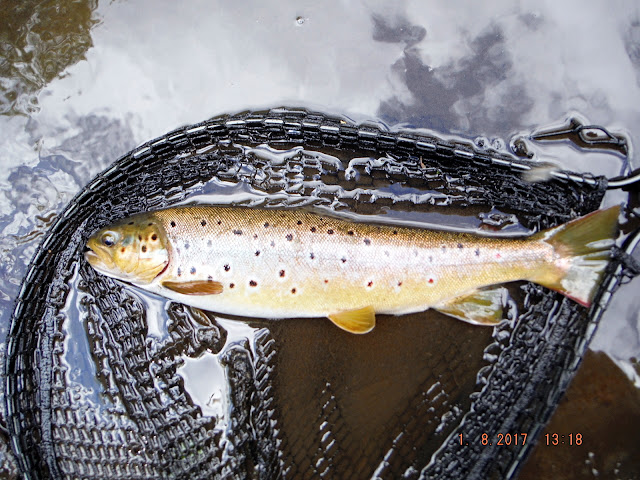 Not complaining though it weighed 1 lb 12 oz. and came from a nasty dirty spot. On youtube again if you want. Didn't stay to long thunder, lightning and very heavy rain sent me back to the car.

Posted by Flyfishing the Irwell and other streams at Tuesday, August 01, 2017