Last night, Monday, fished the Bradshaw Flyfishers beat for a couple of hours. Don't know why I don't do more evening fishing, mind the evenings are drawing in pretty sharp now.

Couldn't be bothered to get my waders on just had a pair of wellingtons instead.

Despite all the rain the brook was only up a few inches, it did have some colour though.

Started with my 7 foot 3 weight and a copper john nymph and caught 2 small ones then changed to a Greenwells dry as I could see fish rising. Caught 7 more small ones and missed several more. The best fish of the night were the last two both were over ten inches. It was getting dark which was not helped by the tree cover so I could not see my fly and nothing was rising so reeled in and found that I did not have a fly, the trees must have had it, Time for home.

This afternoon I went to the brook at 7 Acres Park, between the rain showers I caught 3 on nymph, pheasant tail this time and then 3 more on a greenwells dry. All small ones but better than nothing. The brook was up a little more than yesterday and had more colour, not surprising with the amount of rain this morning and over night. 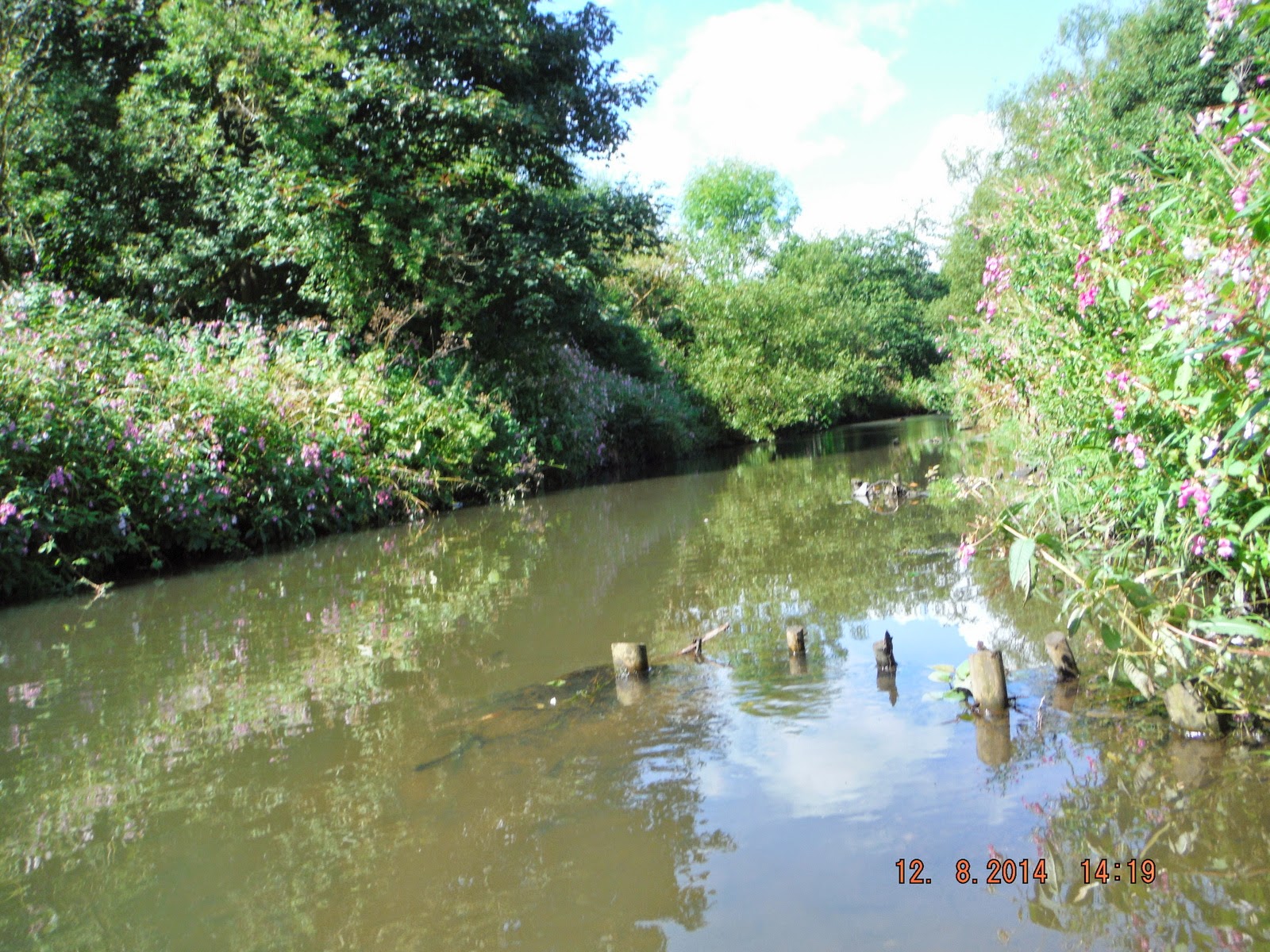 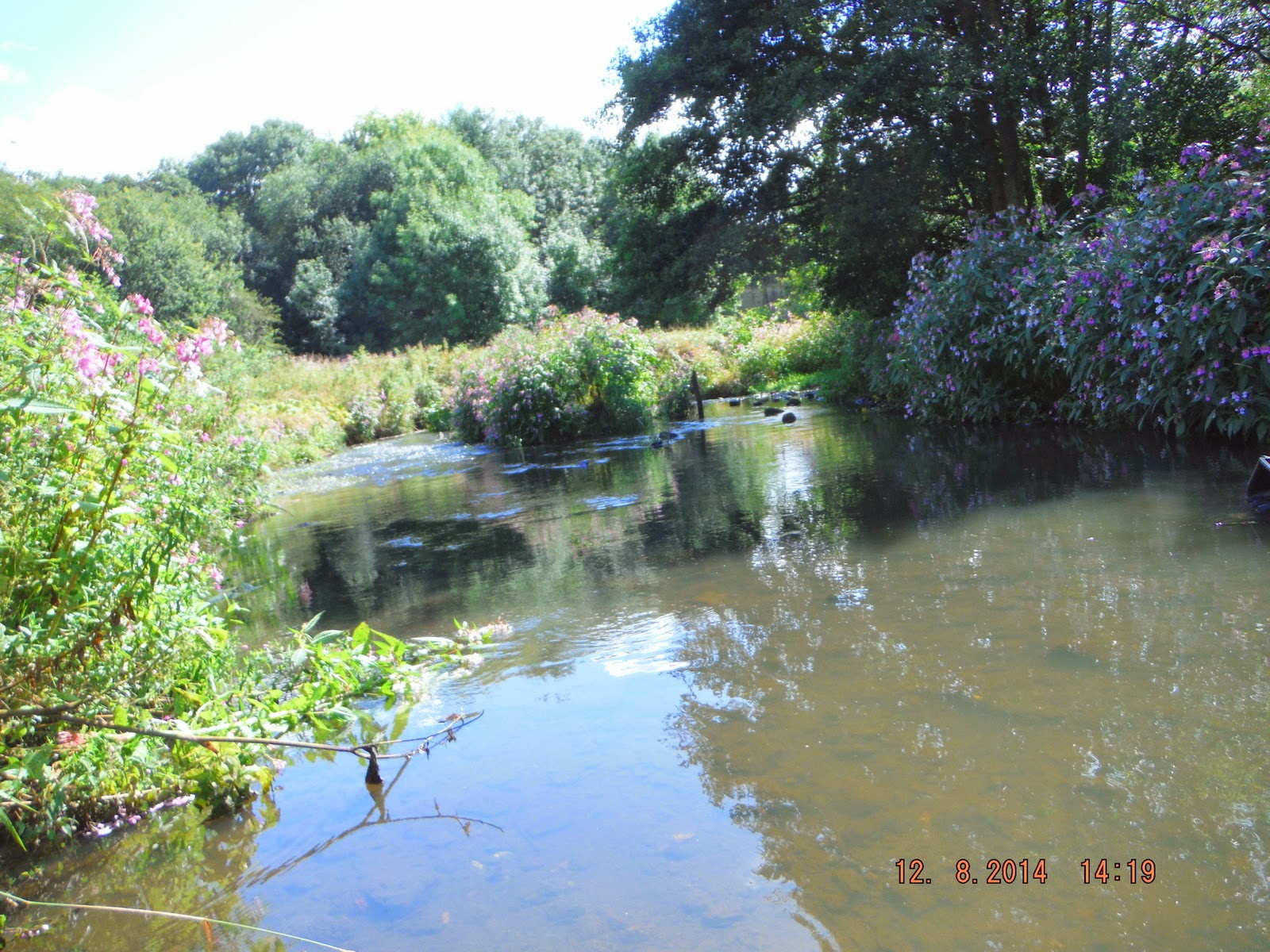 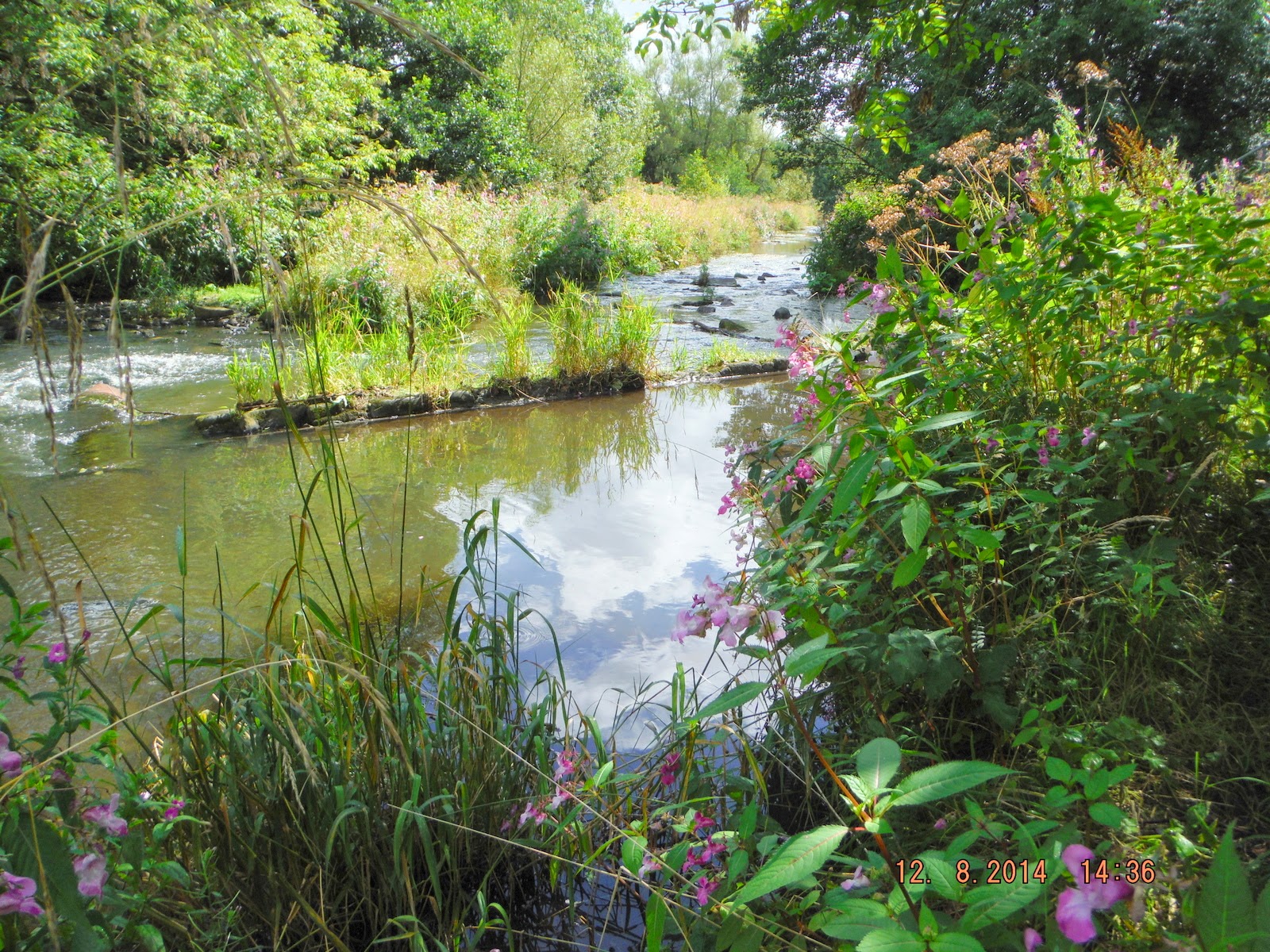 As I was packing up in the car park a chap going to practice his golf asked how I had done, he then told me he had caught a big one yesterday on maggots, by the way he held up his hands he was indicating a 20 inch fish. I did not ask what he did with it as I would rather not hear that he took it home.
Posted by Flyfishing the Irwell and other streams at Tuesday, August 12, 2014