In my blog "Walking from Rawtenstall to Burrs Country Park" in November I started down river from where the Limey and the Irwell met.

Today I walked up the Limey, which like the Irwell, is not easy to get into above Rawtenstall. A little above where it meets the Irwell  it goes under ground, under the road and emerges by the ASDA superstore, 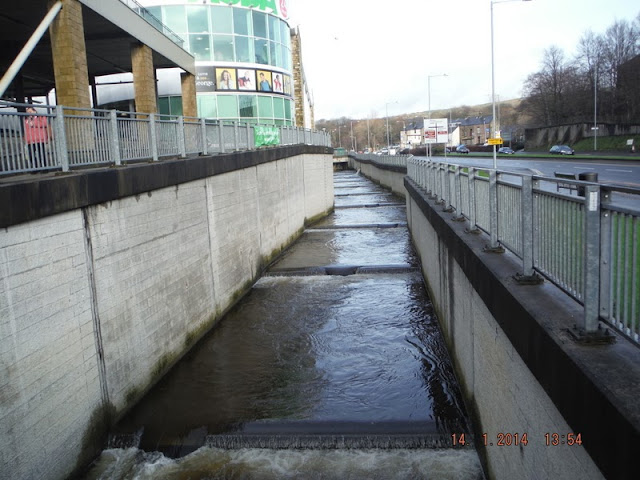 There are fish there but getting to them is another matter. At the top end it goes into another tunnel before emerging and going under the road. 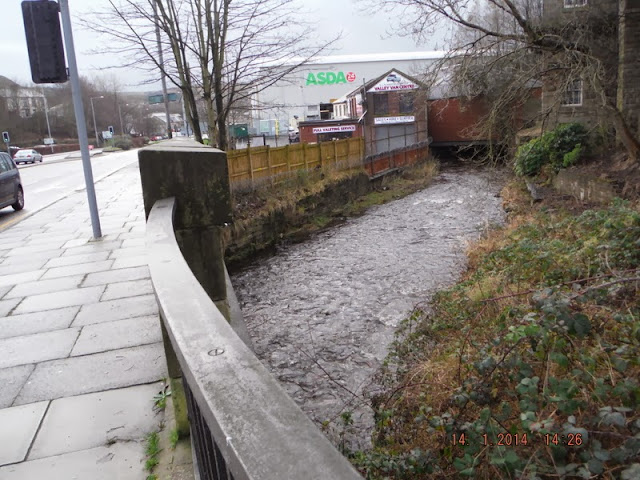 Looking back at ASDA. 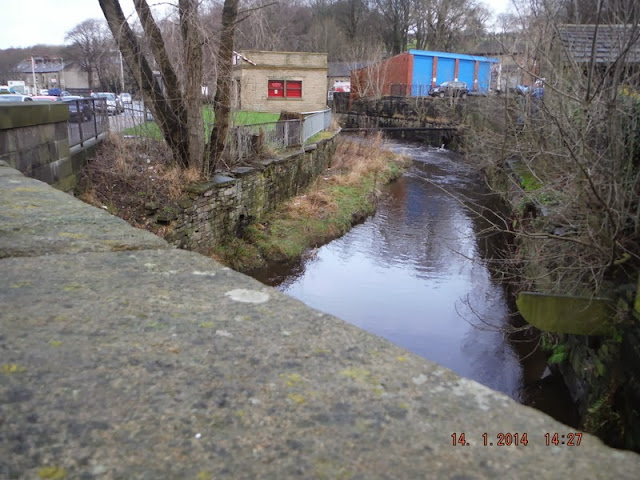 Now on the other side of the road. Still no way to get into the river, unless you bring a step ladder. 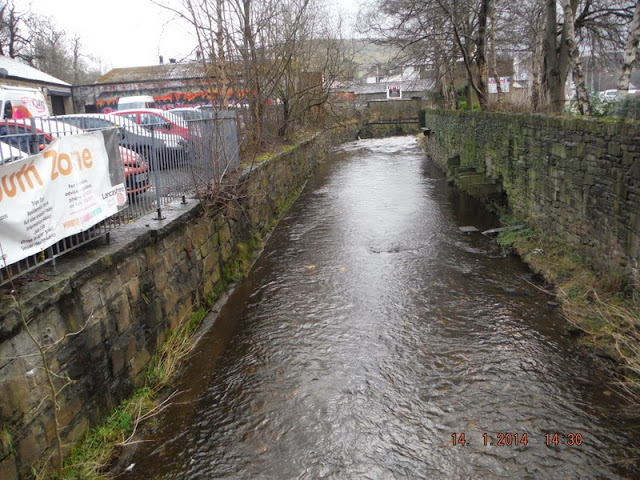 A little further up the walls are even higher. 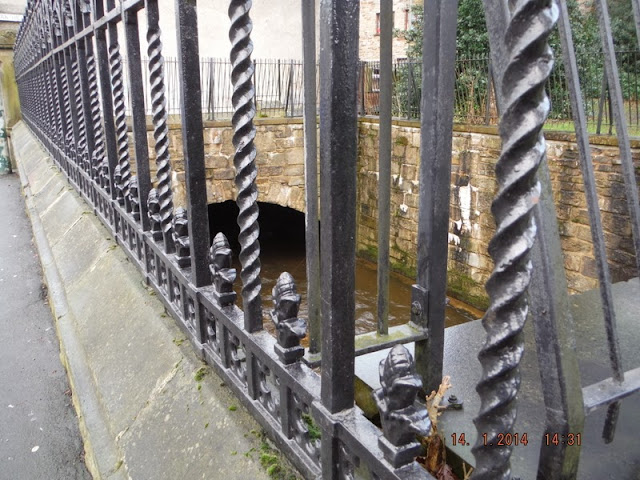 Then its off under ground again. 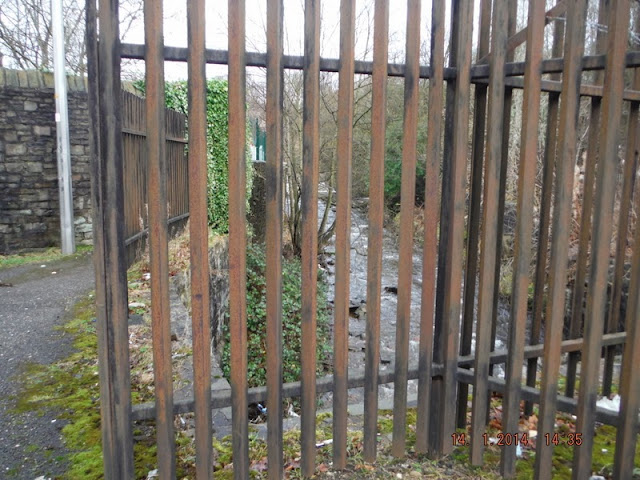 When it next reappears there is no access at all.
. 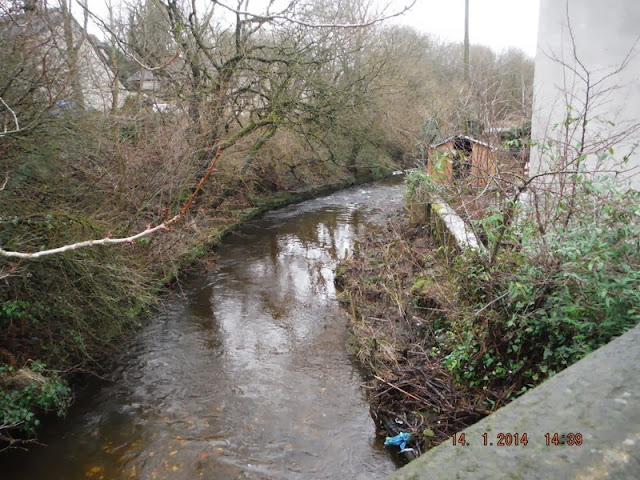 A walk up the main road and we meet the river again as it comes under the road.
This is looking down river from the road bridge.(This is the bridge where I later found the sewage) 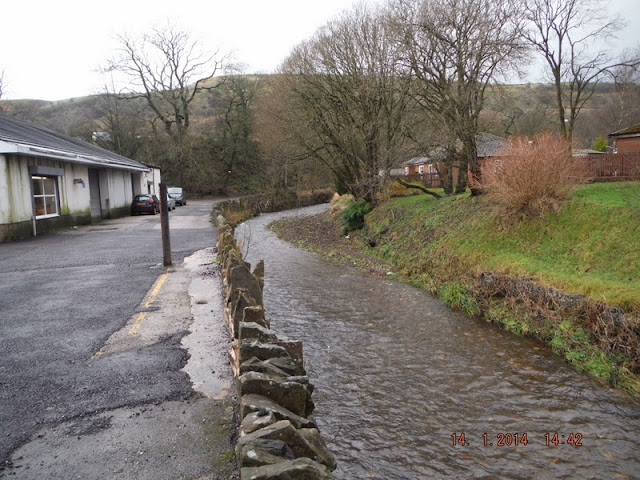 Across the road and its looking more like a river should. 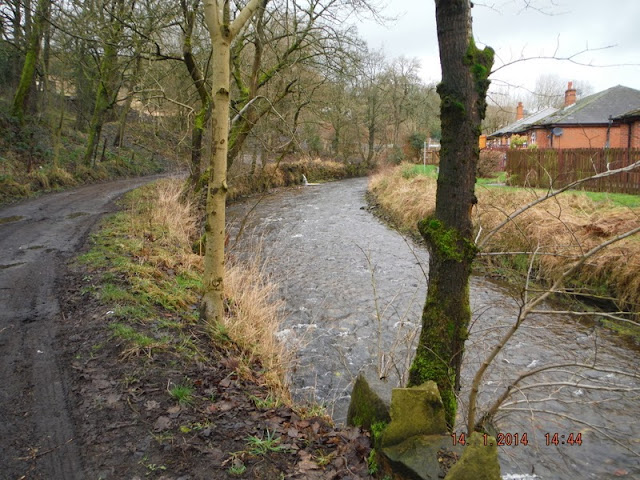 Not perfect but a lot better than down river. 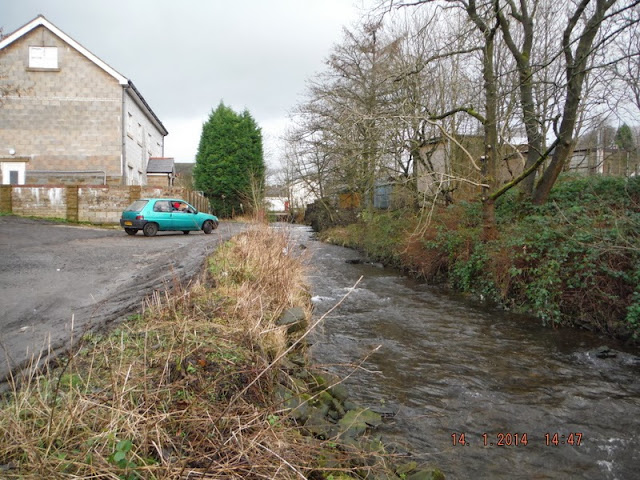 The white building in the middle of the picture is a pub, the river runs under it. 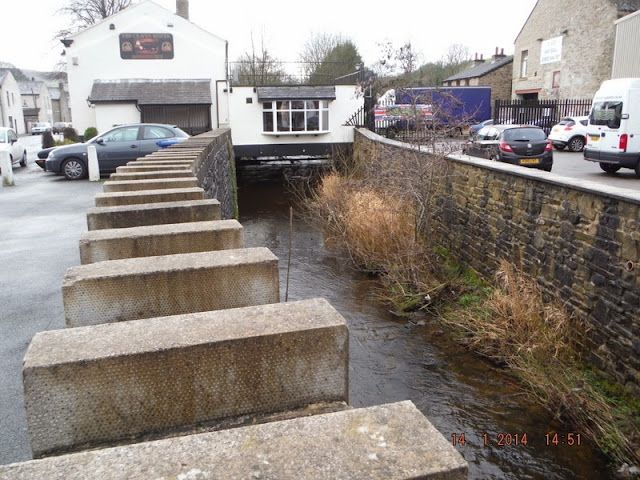 And then the walls start again. Then its under ground again. 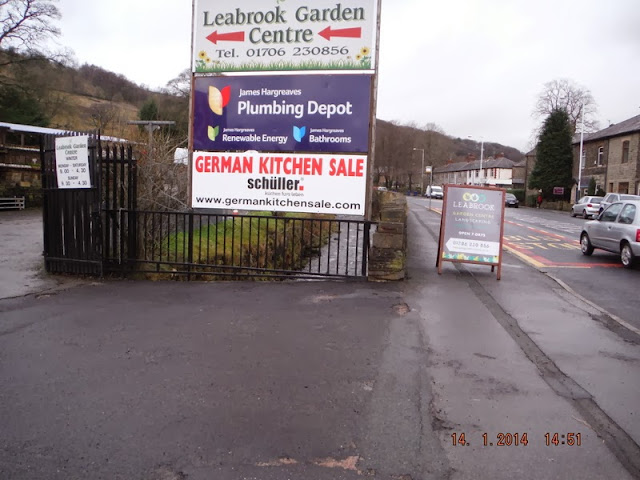 And on go the walls. 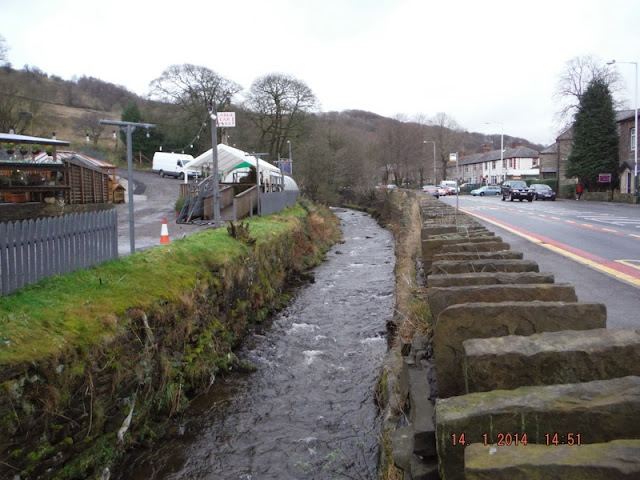 Whom ever had the contract for the walls must have made some money. 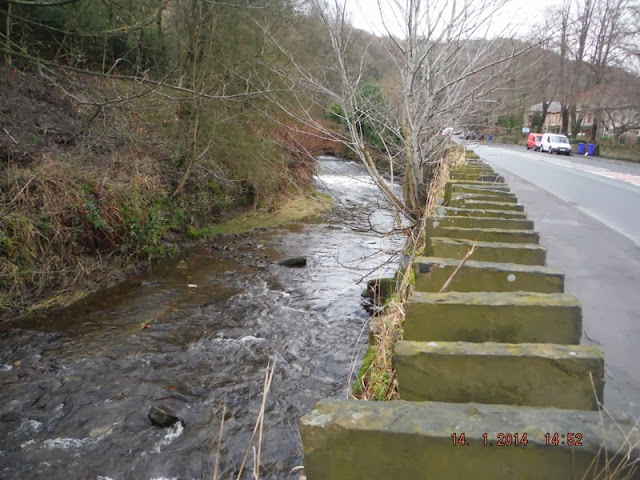 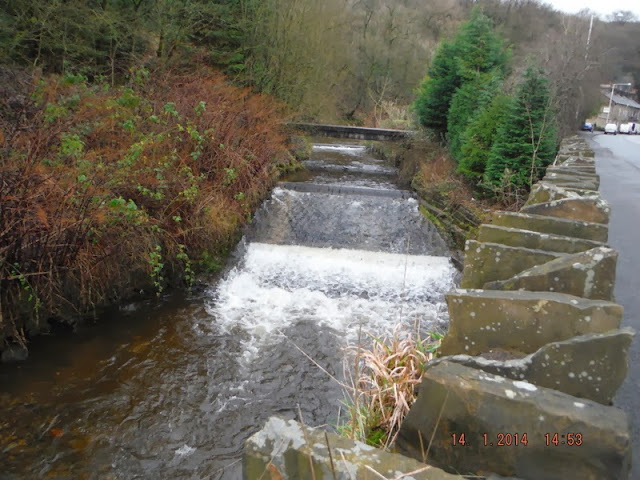 And then a weir, for what I am not sure. 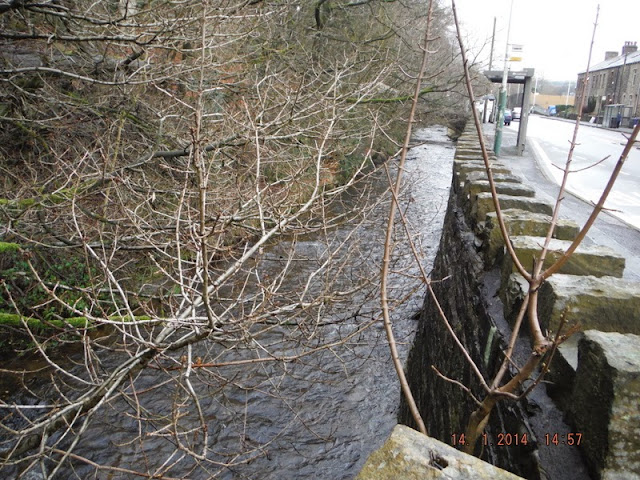 And then still more wall. 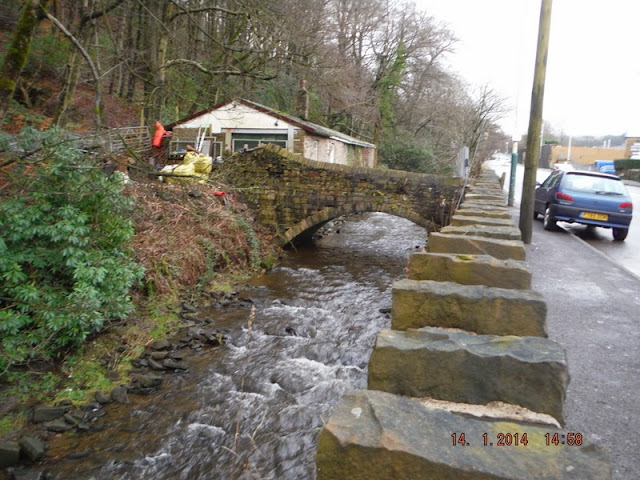 A bridge that has stood the test of time, they don't build them like that anymore. 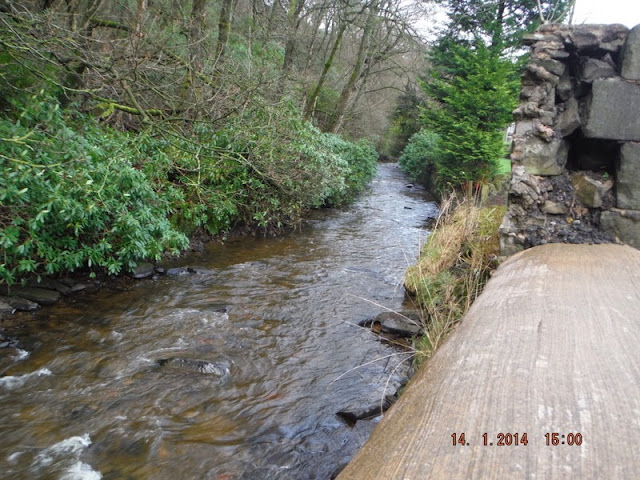 Its going where I can not follow, will walk up the road. see if it comes back to me. 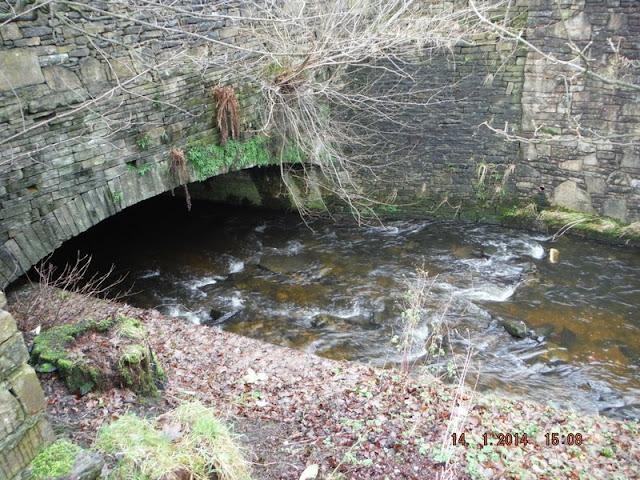 Further up the road it came out of a tunnel, across the road and of we go again 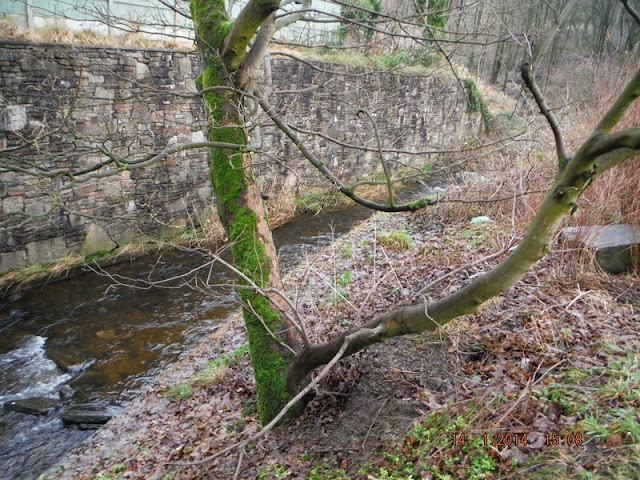 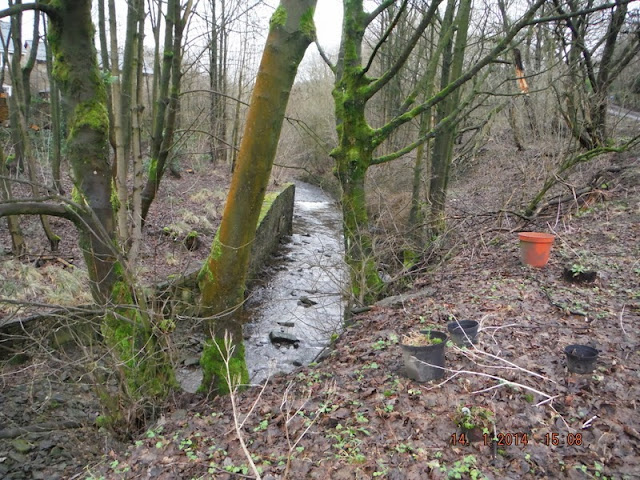 Still the walls but we are away from the road for a while. 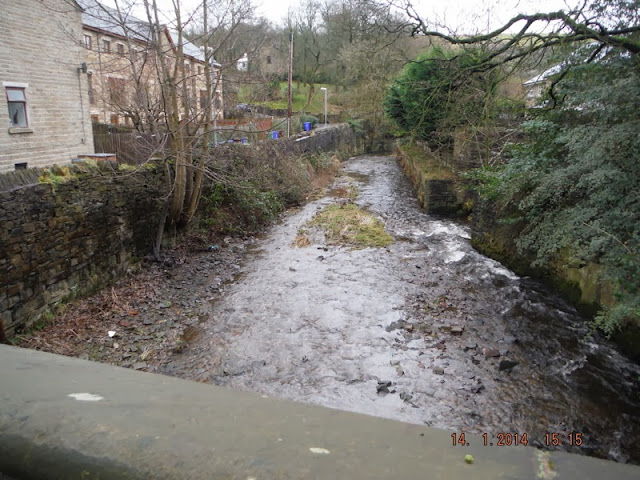 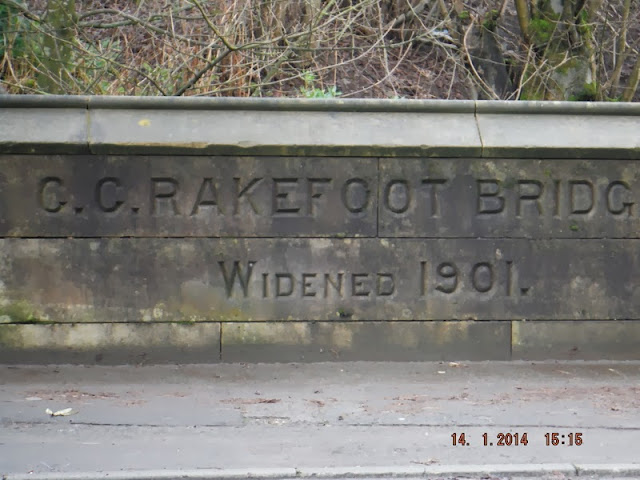 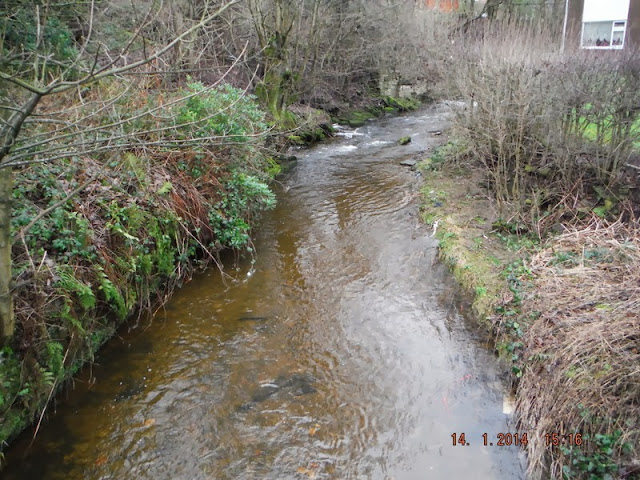 Back to the road and on again. 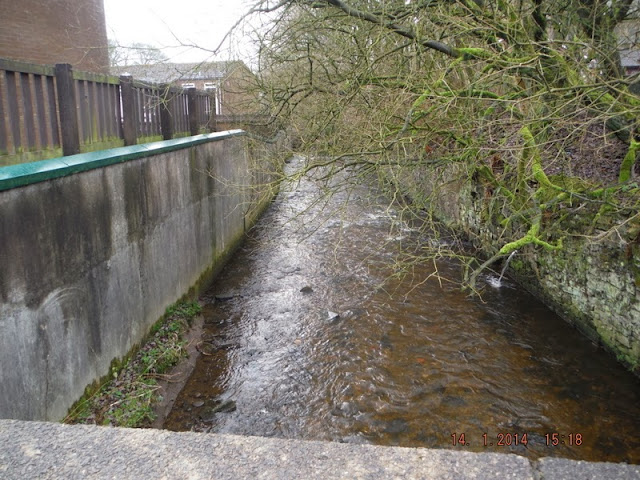 The walls the walls will they ever end. 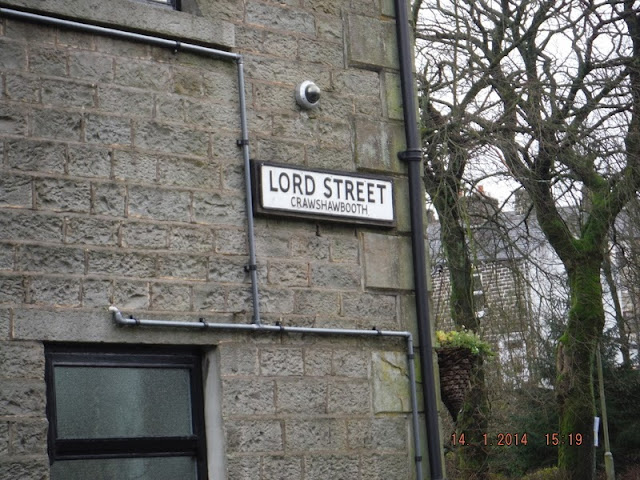 Arrived at Crawshawbooth and started back.

I know that there are trout in the river but how to get at them is going to be a problem. Also, at the moment there is of plenty of water, but in the summer it will be a lot less.

On my way back, as I cross one of the bridges over the river there was this god awful stink from the river. 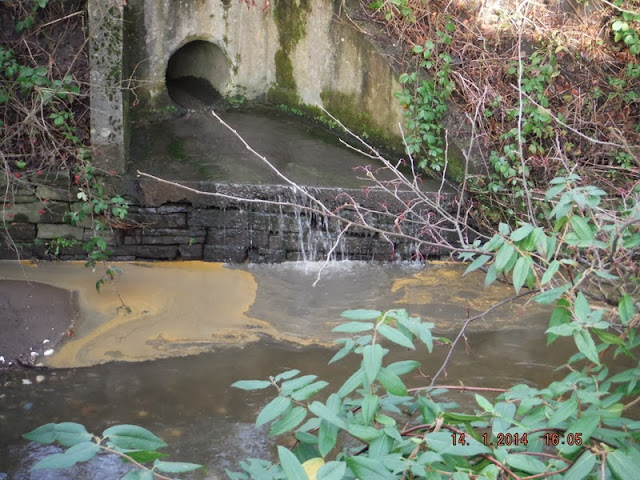 At first I thought it was coming from the pipe in the picture. But on further inspection  I found it was coming from under the road. The water on the other side of the road was clear and clean.
United Utilities must have sewerage plant nearby, which would appear to be in the need of a up grade, as what was going into the river was disgusting.
I phoned the Environment Agency and reported the sewage leak. They told me that there was a pipe that ran under the road at the bridge and that United Utilities had been tasked to go sort it out. 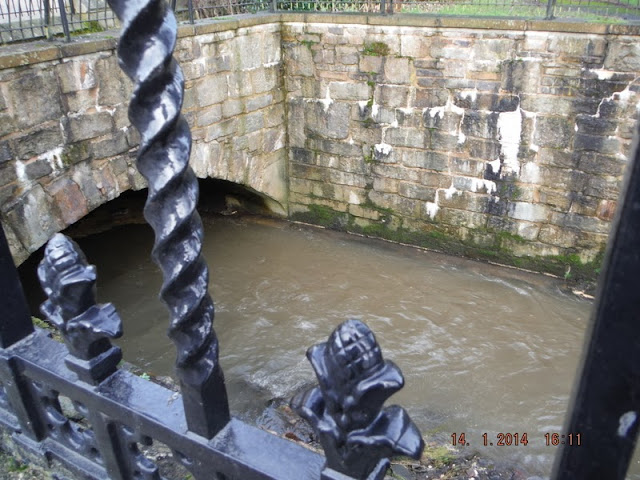 The river changed colour and so did the Irwell when this muck got to it. 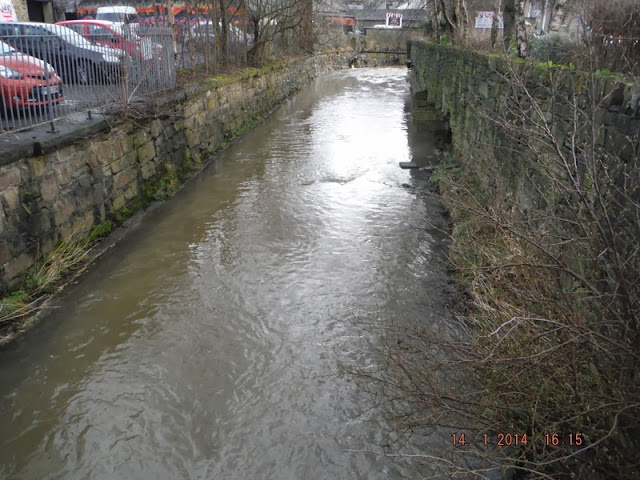 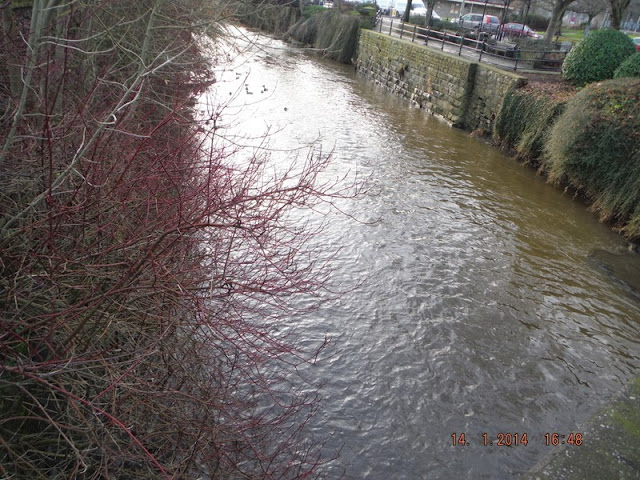 A good clear river turned into a sewer, will we ever be able to stop this pollution.
Join Salford Friendly Anglers and help us try, it cost nowt so do it..
http://salfordfriendlyanglers.co.uk/

Posted by Flyfishing the Irwell and other streams at Tuesday, January 14, 2014