Went to my usual spot at Ewood Bridge on the Irwell and did a kick sample. 12 Cased Caddis and 12 Olives(Baetidae) Nymphs. Up on Caddis but as expected for this time of year, down on nymphs.
Didn't do a sample at beginning of January as the river was to high.

I have been finding and photographing, along with Mike Duddy at Salford Friendly Anglers and others, sewage and industrial outflows into the Irwell.
Also Eagley and Bradshaw Brooks, the rivers Croal, Tonge, Ogden and Roch  which all end up in the Irwell, as do quite a few others.
Mike is going to set up a group in SFA, to chart  the pollution problems in the Irwell catchment and with the help of United Utilities and the Environment Agency, hopefully reduce, if not stop it.

It is not always certain what it is that is coming out of pipes and culverts. By the spot that I kick sample is this. 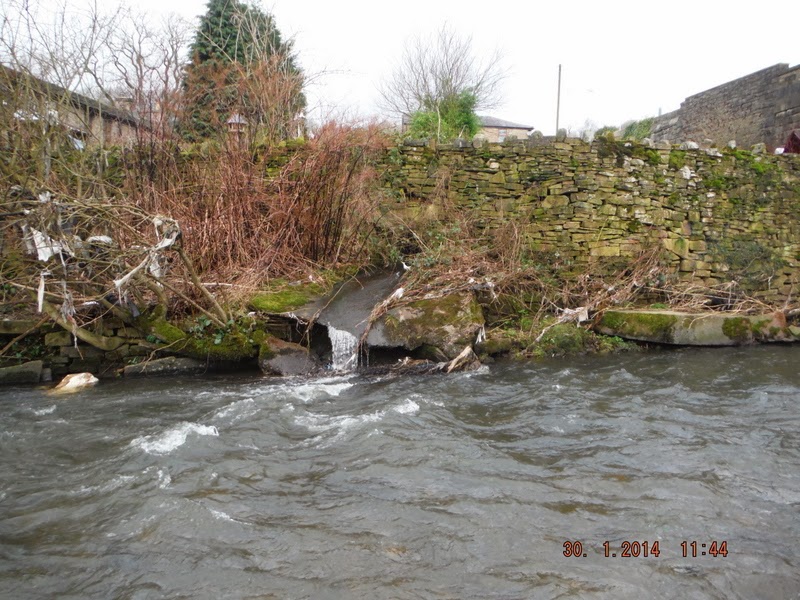 It runs almost all the time, could be a stream that comes off he golf course, a spring, or it could be road run off mixed with the other two. Looks clean but who knows.
A few yards down stream is this dribbling pipe. 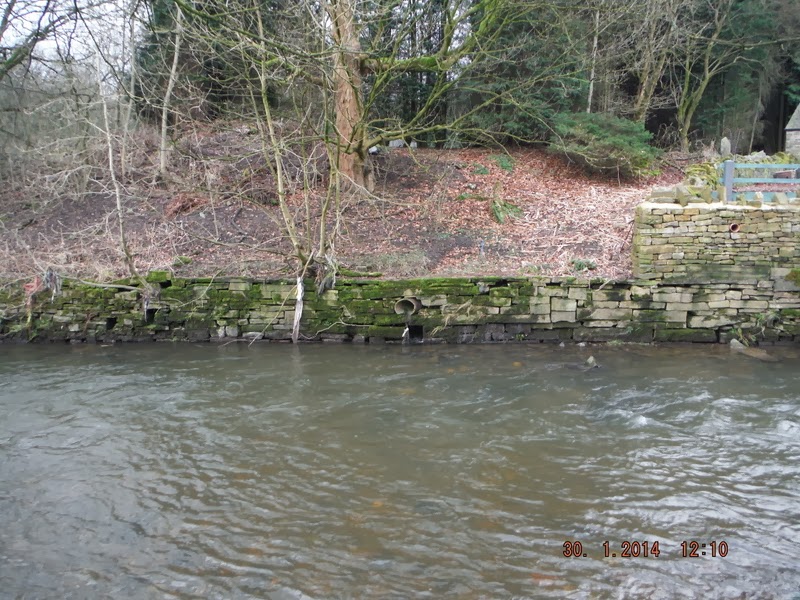 Just above the bridge is a different type of outlet. 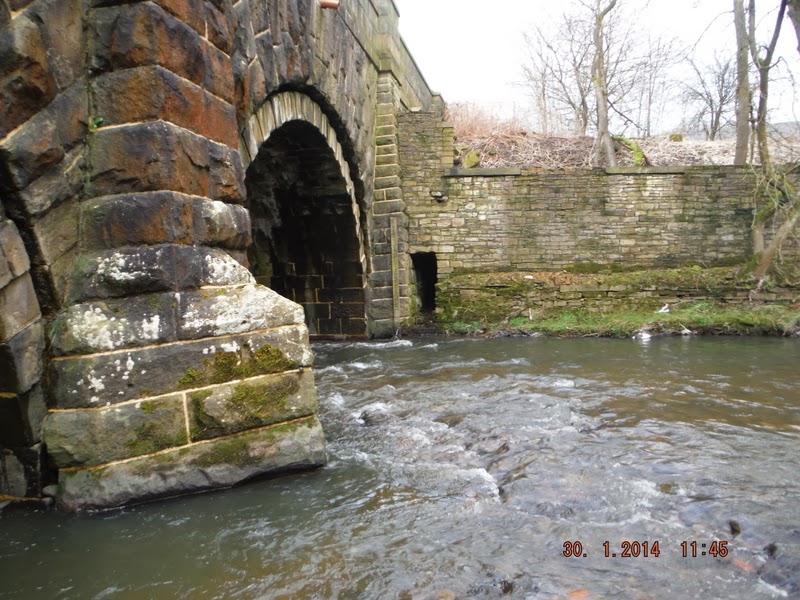 Never seen much coming out of it, most likely was connected to the old mill that used to be above it.
As were possibly, these smaller ones a few yards up stream. 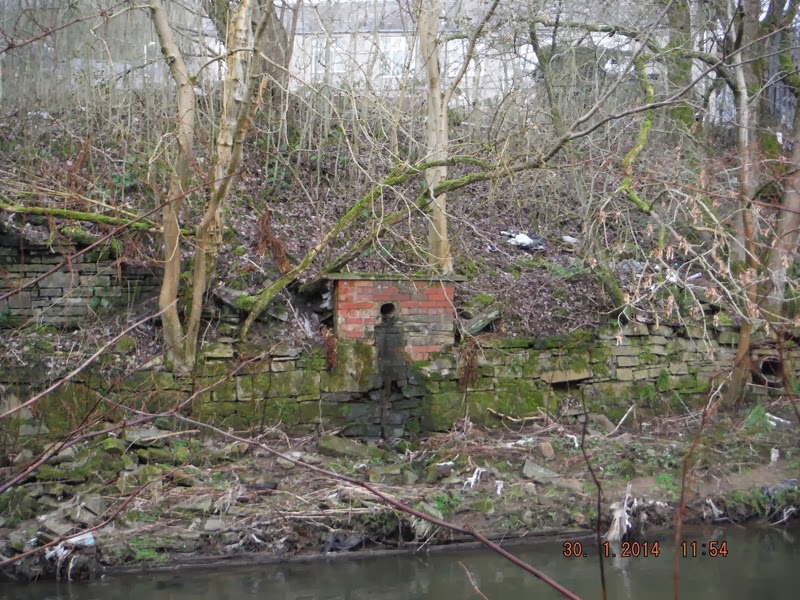 Is it road run off or something from the new units where the old mill used to be. Mind you road run off is bad enough.
A little further up stream. 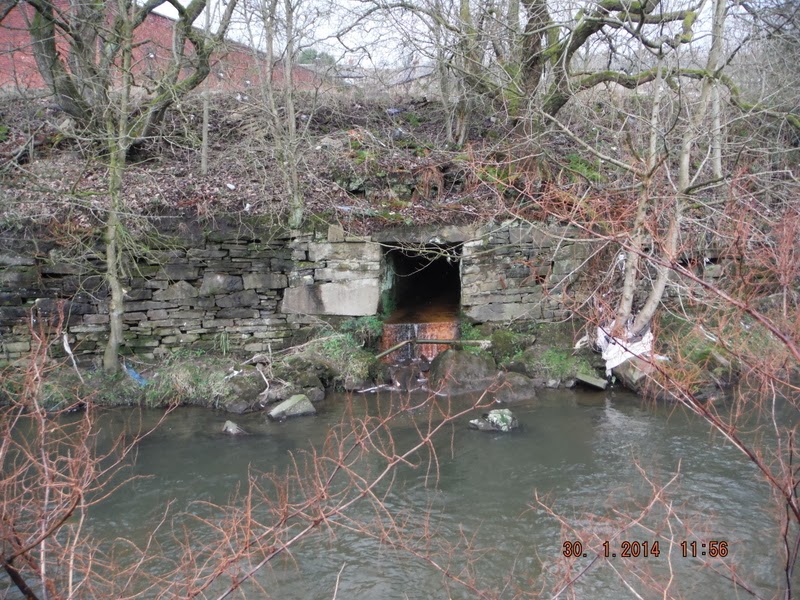 Could be a stream, it runs all the time, but  again could be from the new units where the old mill used to be.
Up thirty forty yards on this bank we have. 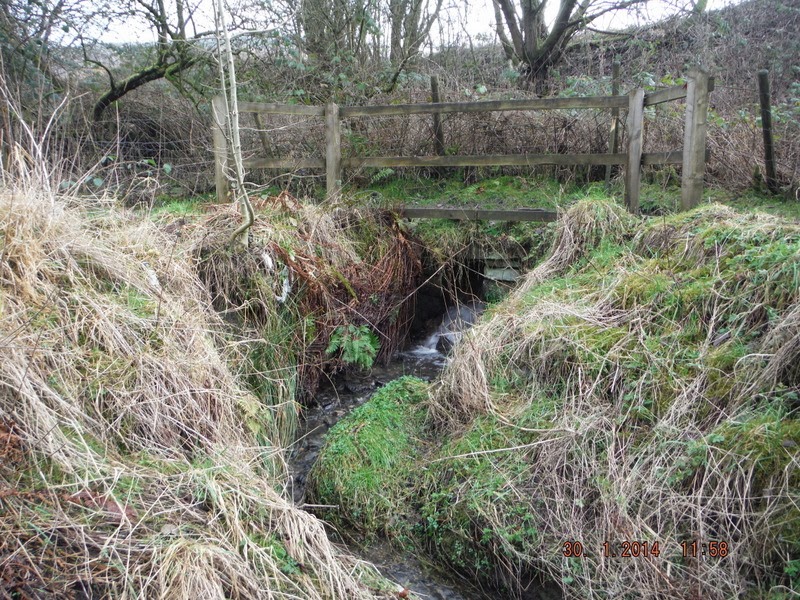 I have always thought it was a stream or a spring but who knows what's in there.


Hard to tell what is going into the river without taking samples , all these are in a 150 yard stretch of the river.
It's not uncommon to find places that have as many and at times many more than this short stretch.


Posted by Flyfishing the Irwell and other streams at Friday, January 31, 2014