Took the bus through Horwich to near Grimeford Village and made my way up New Road  to Horrobin Lane which separates Higher Rivington and Lower Rivington Reservoirs.

This is the Upper 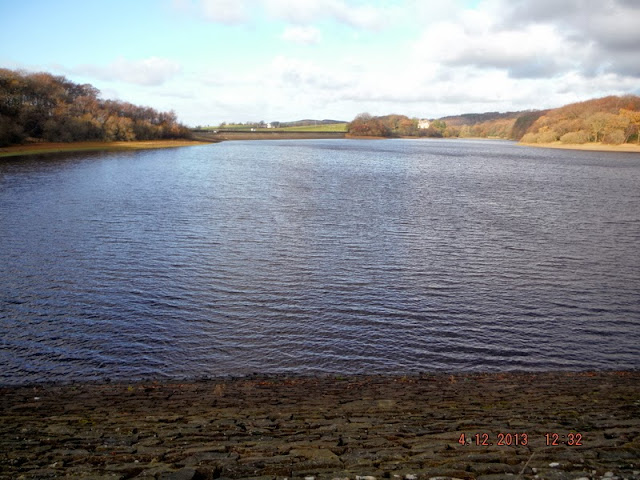 The dam in the distance is the end of Anglezarke Reservoir built in the 1850s. 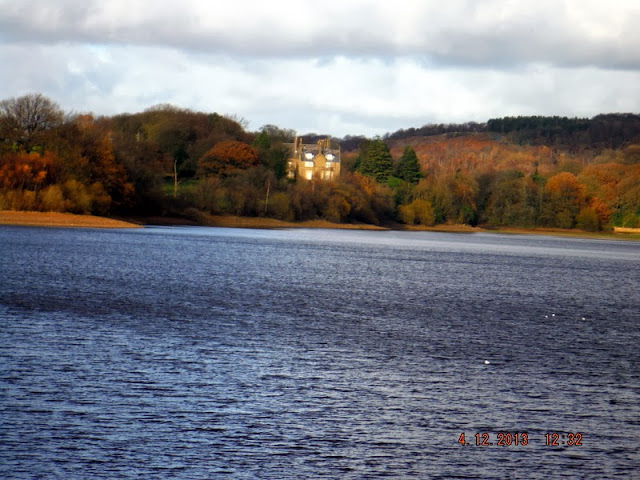 Not sure of the name of the house. Ordnance survey and Google maps don't help much. 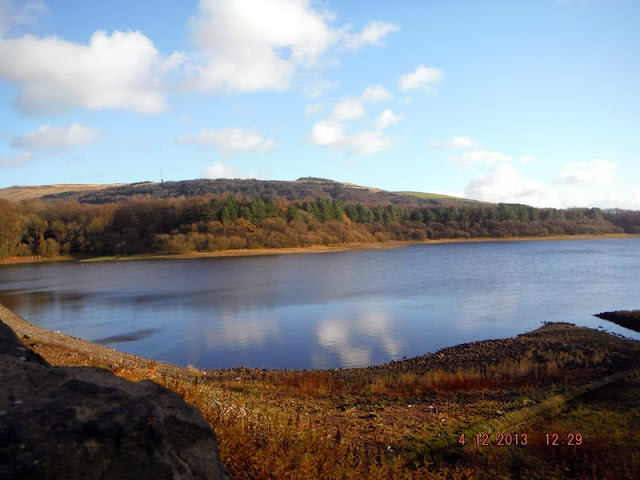 This the Lower Reservoir with Rivington Pike and the tower in the far distance.Like the Anglezarke both these reservoirs were built in the 1850s to supply water to Liverpool.

Once across the dam there is a Tea Room, didn't stop.A little further on is Rivington Village again with a Tea Room. Both quite busy, wasn't expecting company.
I headed back towards Horwich trying to stay as close to the water as possible. Apart from that I did not have a plan of where to go. There are lots of paths so I just followed my fancy, came upon an Arboretum, didn't know that was there.
Some Bracket Fungus on a couple of old tree stumps in the arboretum, hope they had not been chopped down to make way for the new trees. 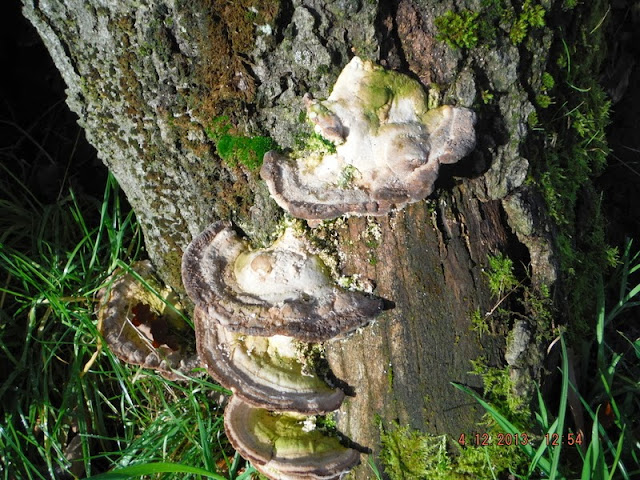 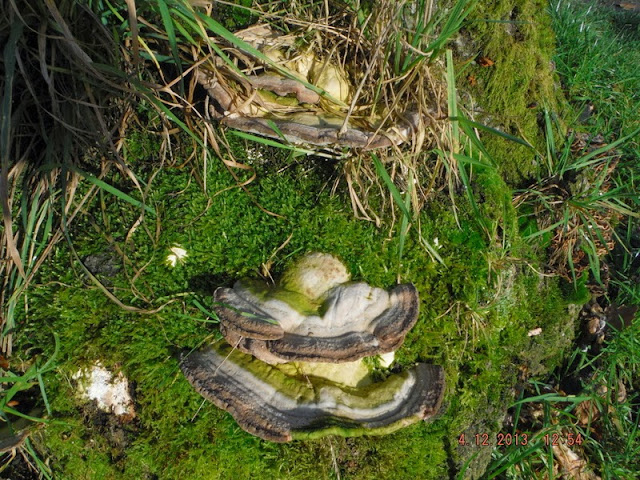 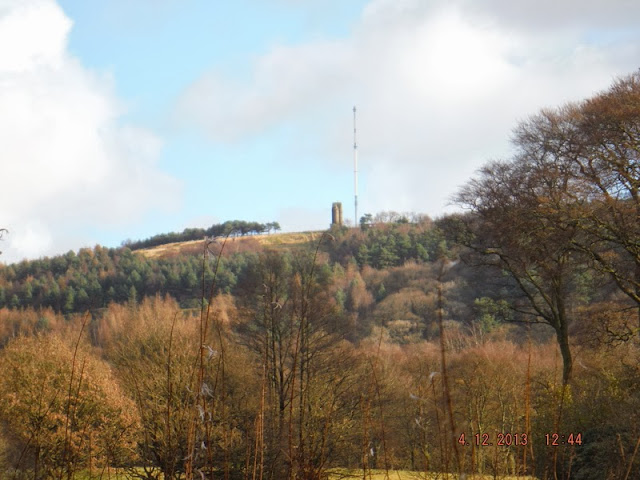 The pike and tower, a bit closer now, with the Winter Hill TV mast to the side.

From here I followed a path that took me back to the waters edge. 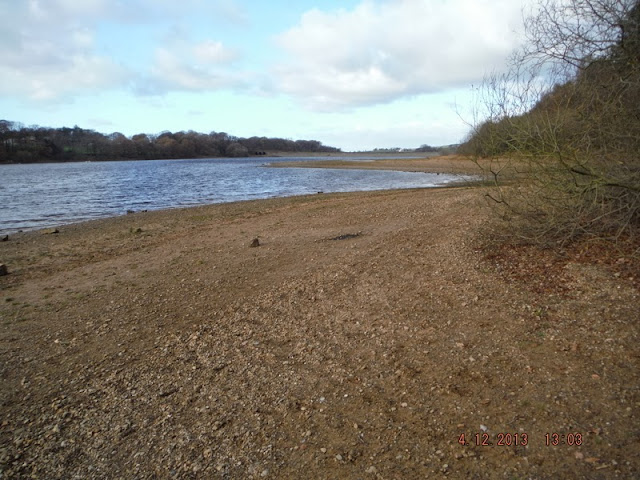 Looking back up from where I had come. 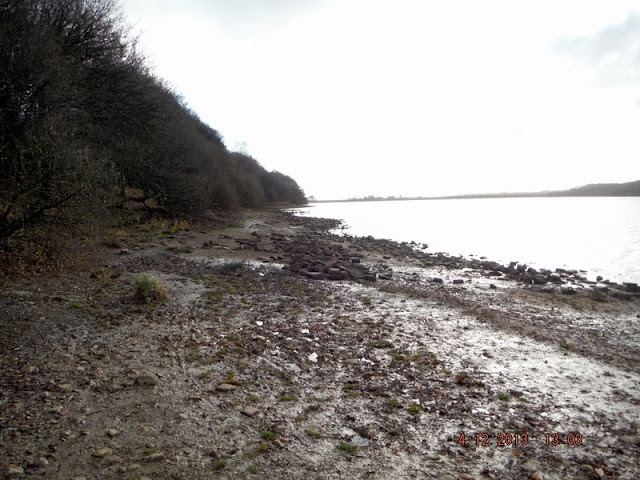 I was surprised how low the water was, but then we have not had much rain over the last few weeks. 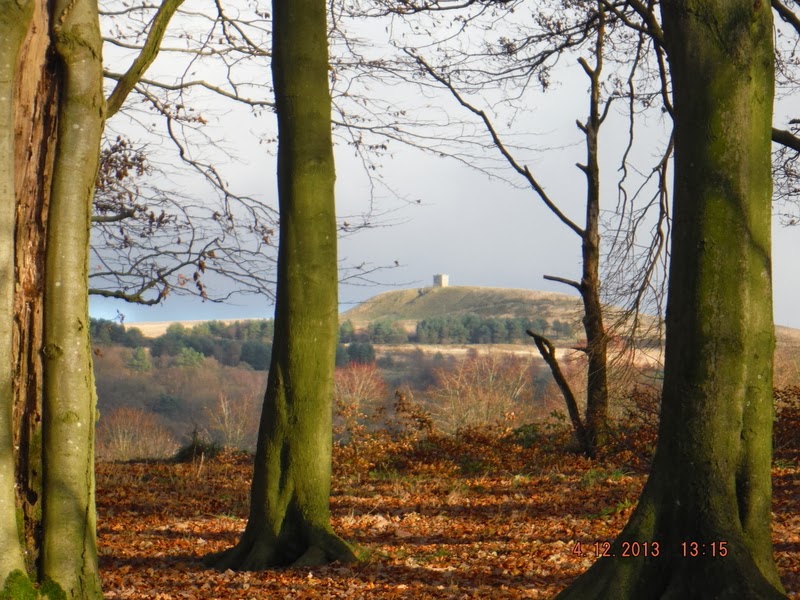 The pike and tower through the trees. 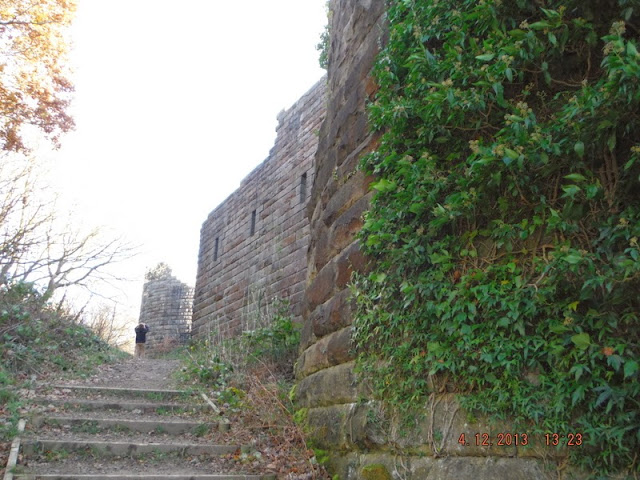 What about this? I didn't know that there is a castle in Rivington. 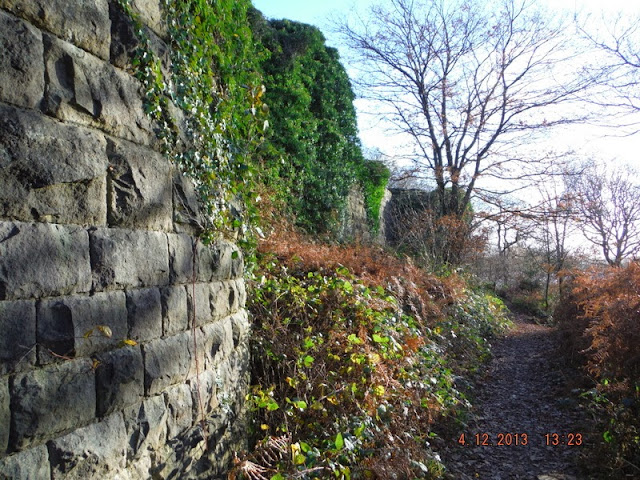 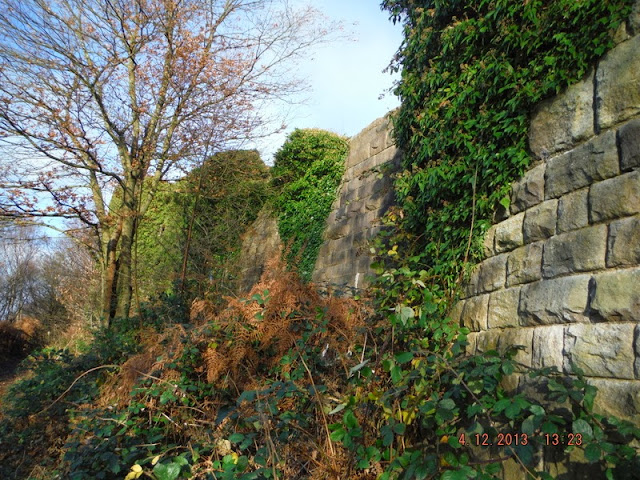 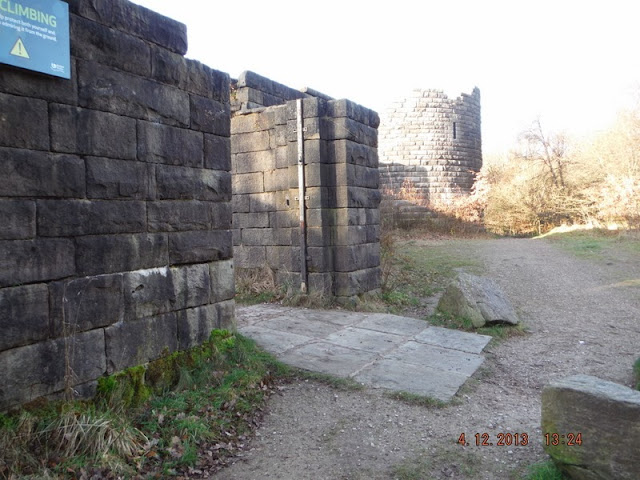 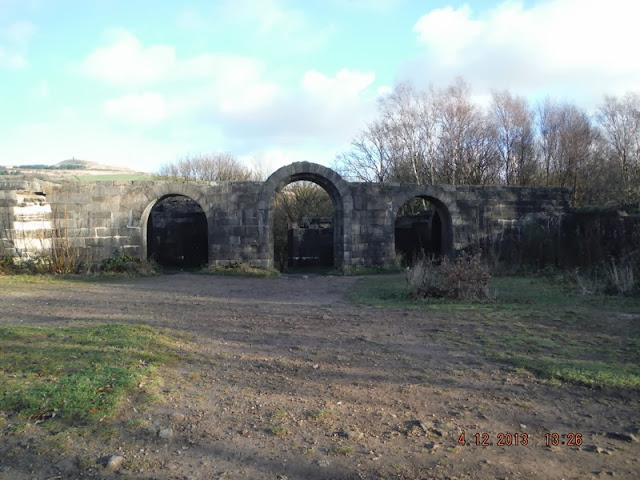 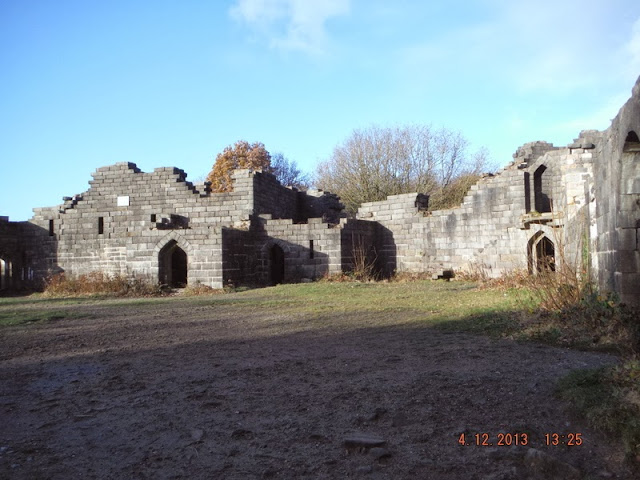 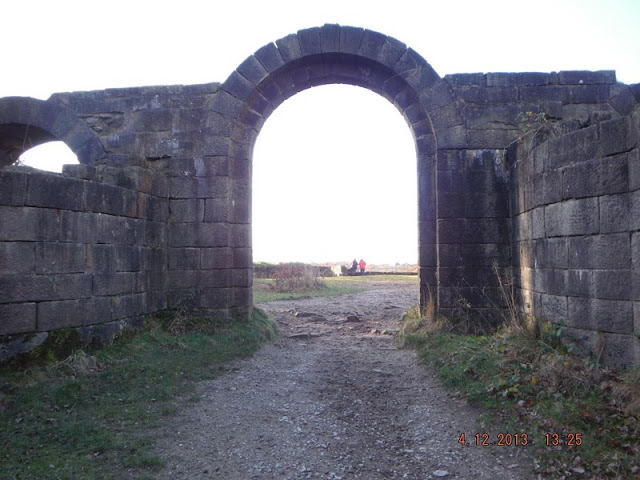 The couple in the distance told me about the castle, which it turns out to be a folly called Lever Castle. 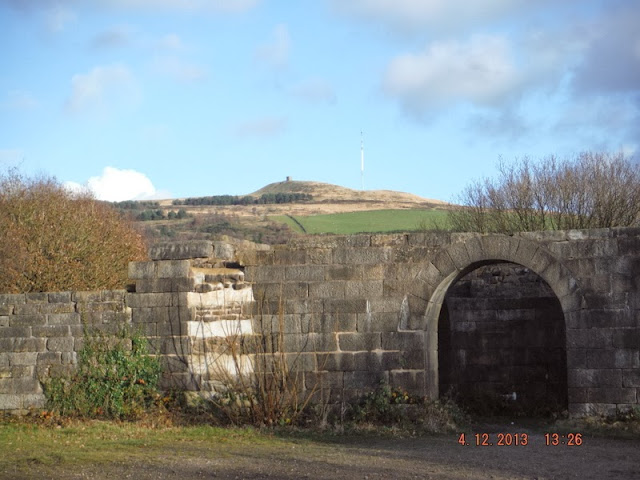 It is actually supposed to be a scaled down copy of Liverpool Castle that Lord Lever started to have built in 1912.

Not far to go from here and I was back in Horwich where a caught a bus back to Bolton and then home.

Posted by Flyfishing the Irwell and other streams at Thursday, December 05, 2013