I had to wade down to where I wanted to start fishing trying not to disturb anything on the way. When I got down as far as I could, without risking getting in over my head. I had a rest and my lunch, an apple, before starting fishing back up.

I did it that way as I like to fish dry fly no matter what. I started as usual with a seven foot rod 4/5 weight with a Adams Parachute fly. 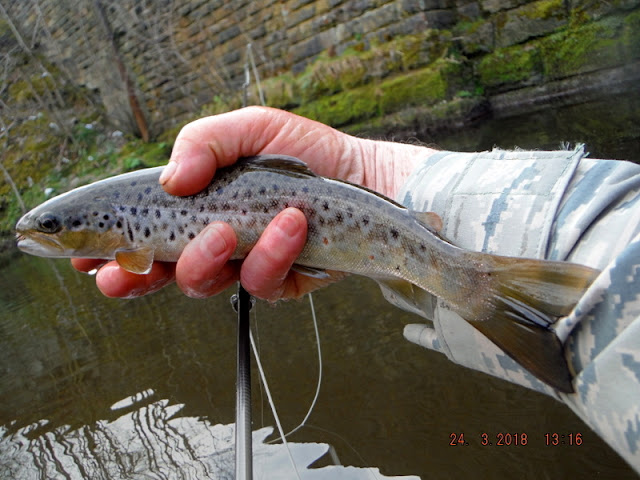 I caught this one after three or four casts thought I could be in for a good day.

I had to do lot of hard wading and casting under trees and around Japanese Knotweed, getting caught on both, before I got to where I saw my first and only rising fish. I was in two minds about changing my fly which was looking pretty battered, I did not want to wait as I had seen the rise. So I left it on and second cast it was taken. 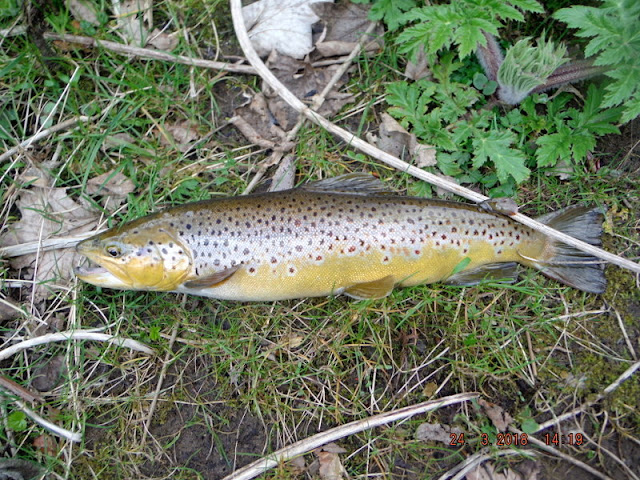 As near as damn it 18"
I thought that I was loosing it more than once as it got the line rapped round it twice and was out of the water more than enough.

The fly really was in need of changing after the battle. For some reason I put an ordinary Adams and carried on for another hour catching nothing. Feeling the cold I went home.

Posted by Flyfishing the Irwell and other streams at Saturday, March 24, 2018