I should have mentioned before now that Mike Duddy obtained from United Utilities list of authorised sewage, effluent and industrial outflows into the Irwell and some of its tributaries.
I should have found a listed Storm Sewer Overflow just up river of the top rail bridge at Nuttall Park, but from this bank I could not see any sign of it. I will have a closer look when the trout season starts and the river is low enough for me to wade across and have a closer look. 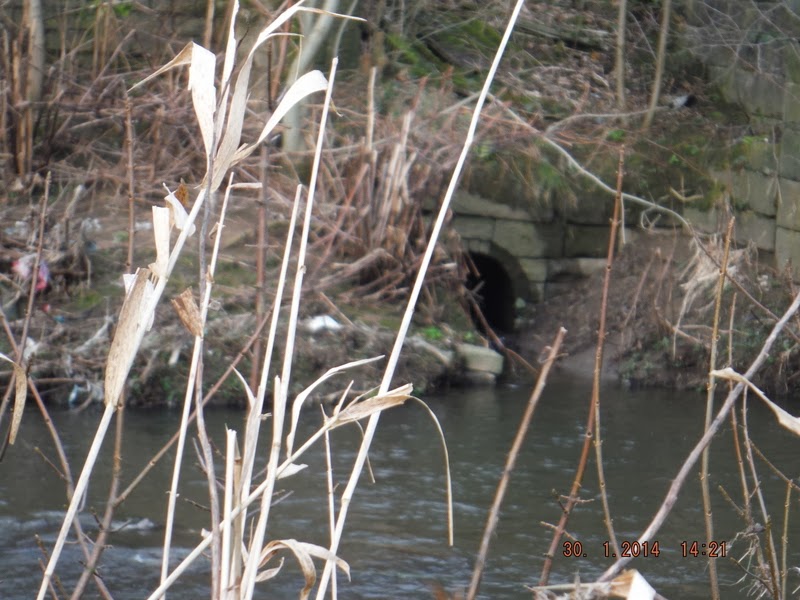 This old one looks like something still comes from it, but what? 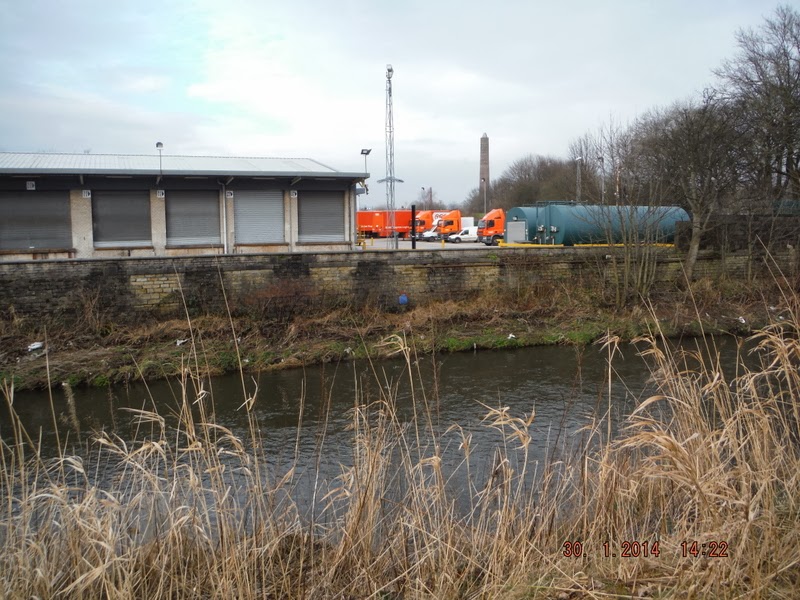 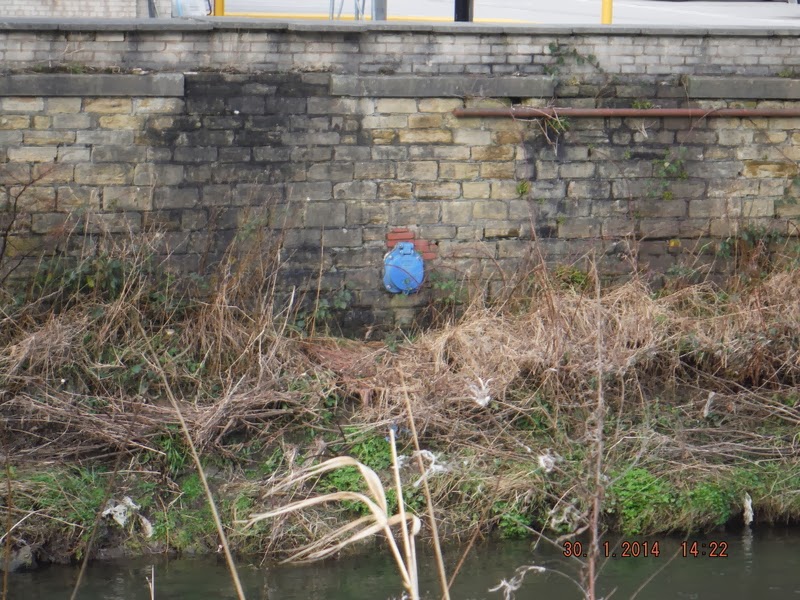 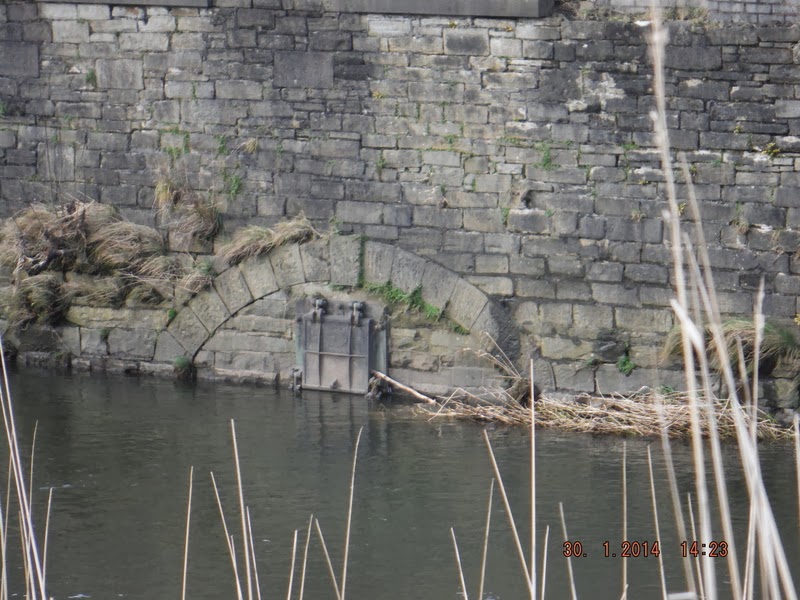 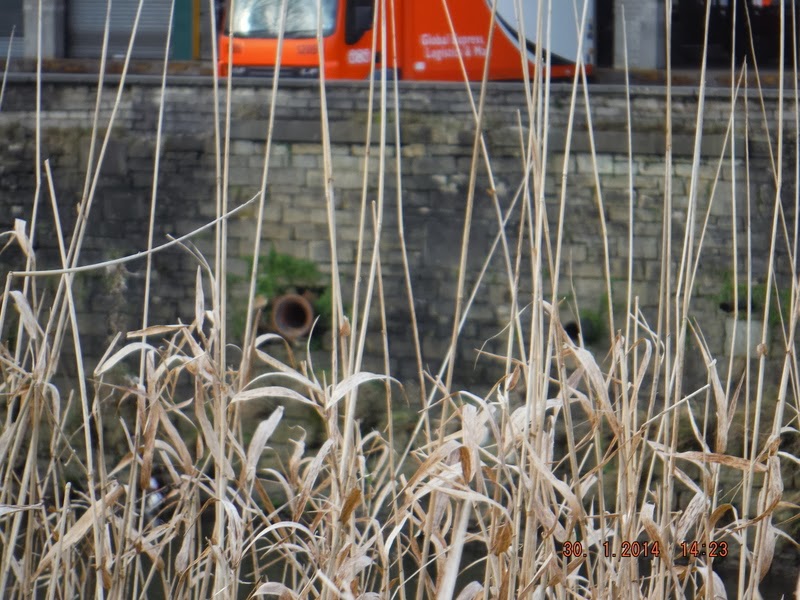 Nothing showing from these, at the moment that is. 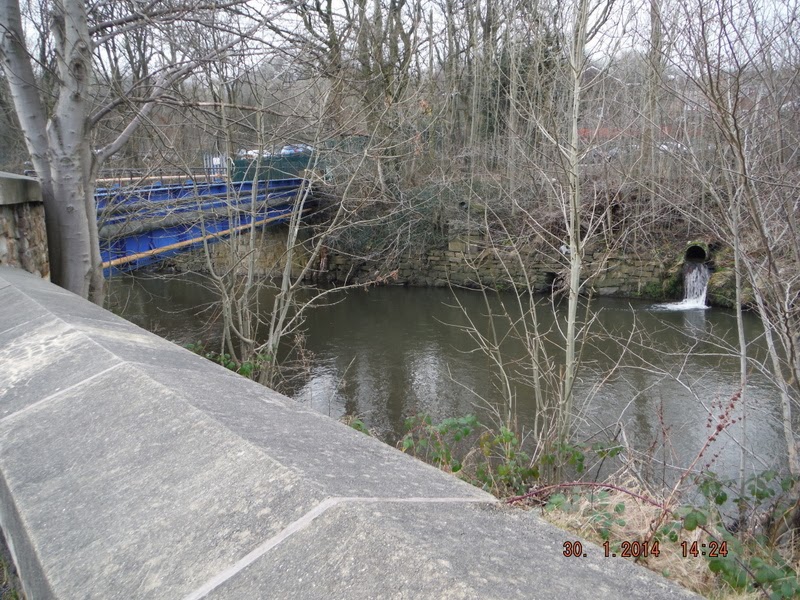 Could be a culvert ed stream, runs clear. The bridge is by Cormar Carpets  factory. 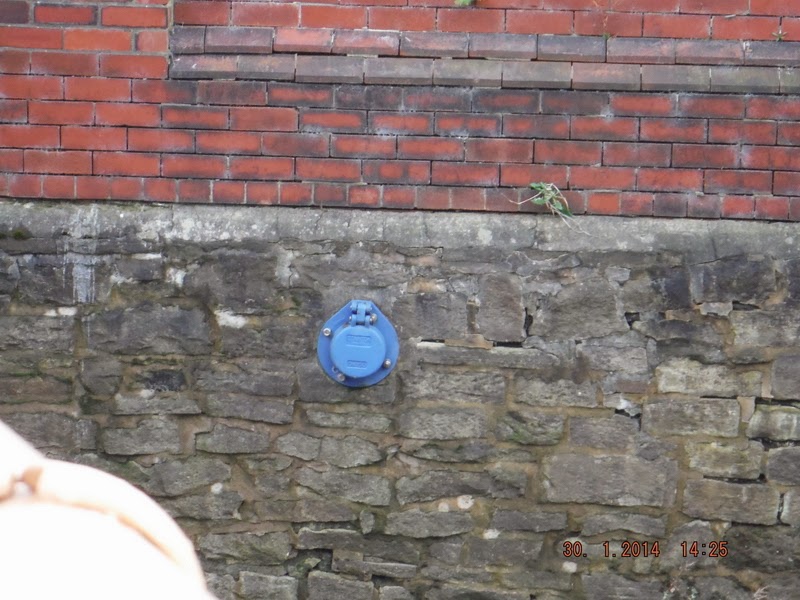 This one comes from the hard standing at Cormar Carpets 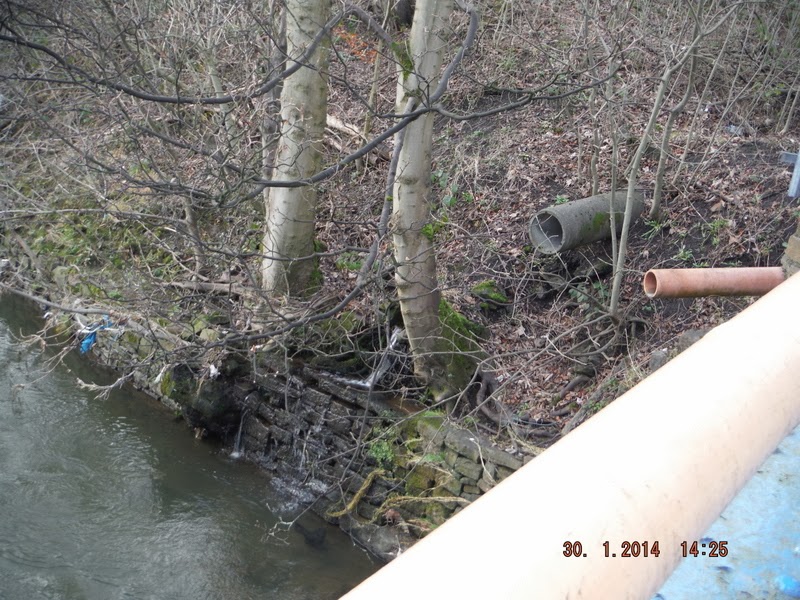 These are just below Cormar Bridge
The running one is possible the over flow from the reservoir up the hill on that bank The two dry pipes, I have no idea what they are.
A Paul Hamer, no Relation as far as I know, as asked that I point out that Cormar Land includes all the land on their side of the river between the two rail bridges at Nuttall Park and that fishing will be treated as trespassing by Cormar. Of course they only own half way across the river, the other bank and half the river belongs to whom ever owns that land.

From the first rail Bridge to here is all private land. This is under the bottom rail bridge were the river comes back to the park. 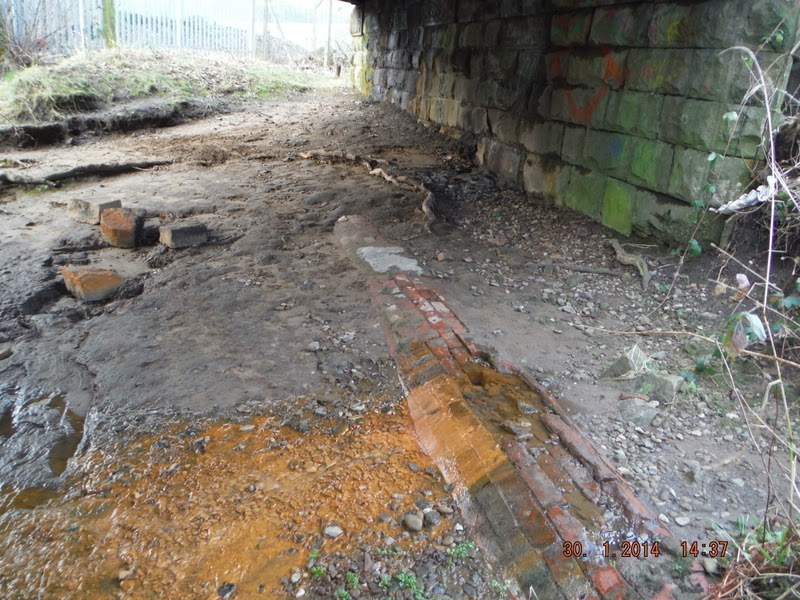 This pipe, which is constructed totally from house bricks and comes out from Cormar land.                    Don't know what it was originally for but I have seen some of it quite a long way farther down river.
What comes out of Cormar land into the river  I do not know.

Nothing more until the footbridge at the bottom of the park. 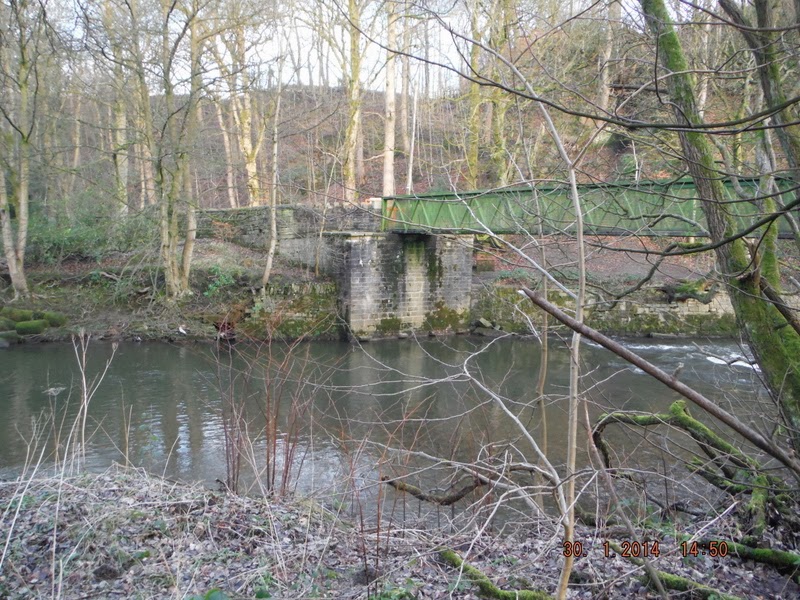 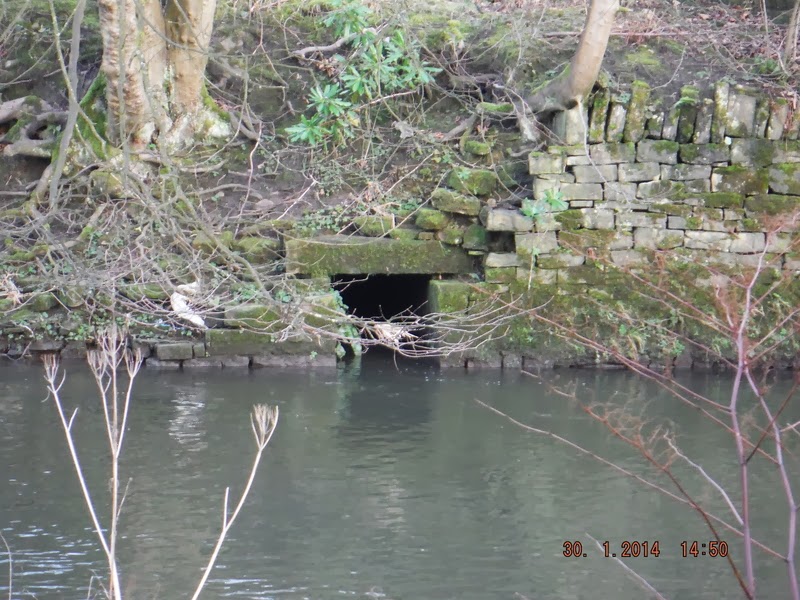 Who knows what comes out of here. 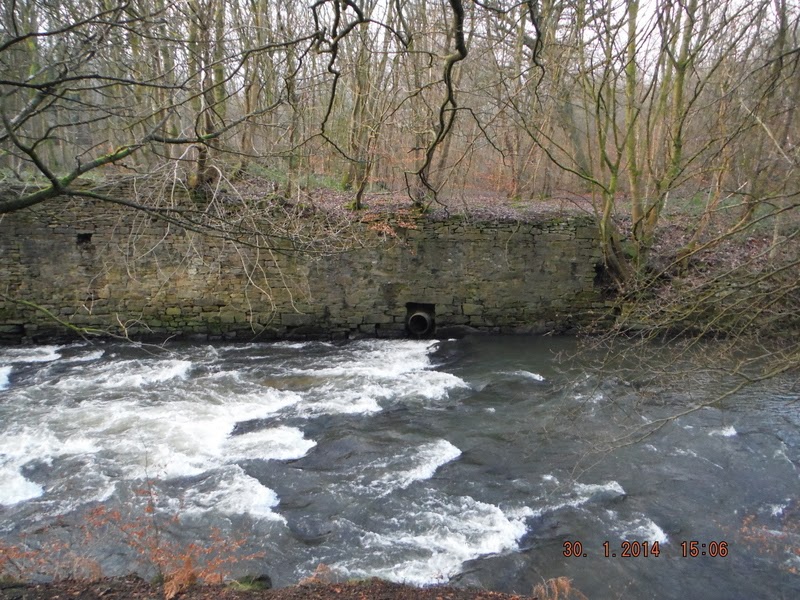 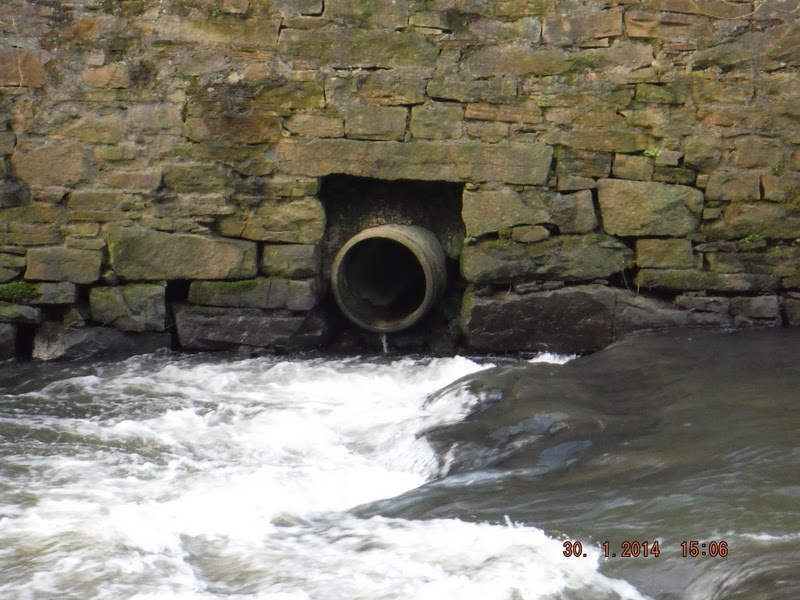 This doesn't seem to be any problem though it is draining from a brown field site.

But not much farther down river By the second foot bridge we do have a big problem. 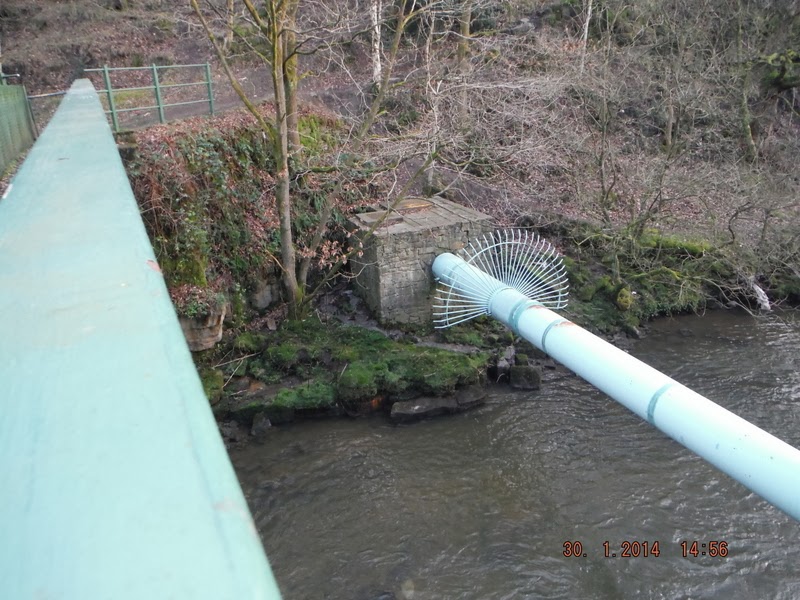 The support at the end of this pipe is leaking raw sewage from both sides, it has been reported but as yet nothing has been done to stop the leaks. 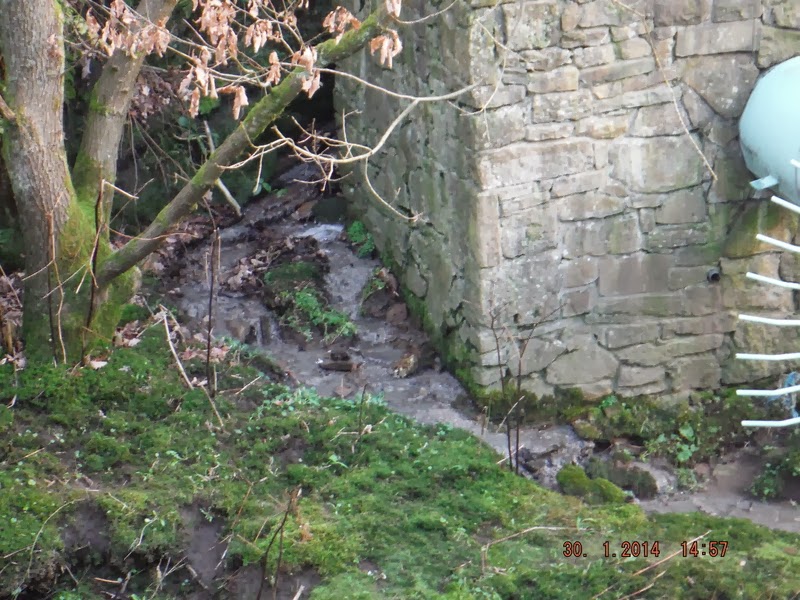 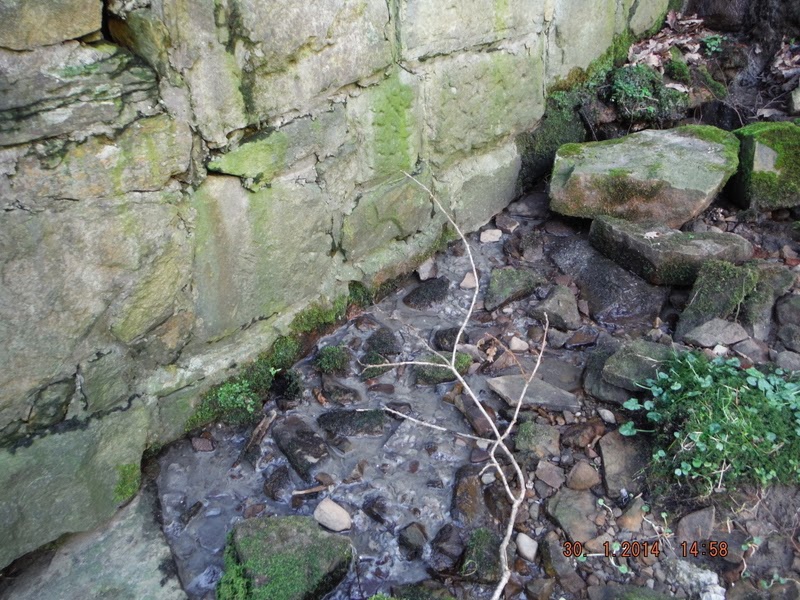 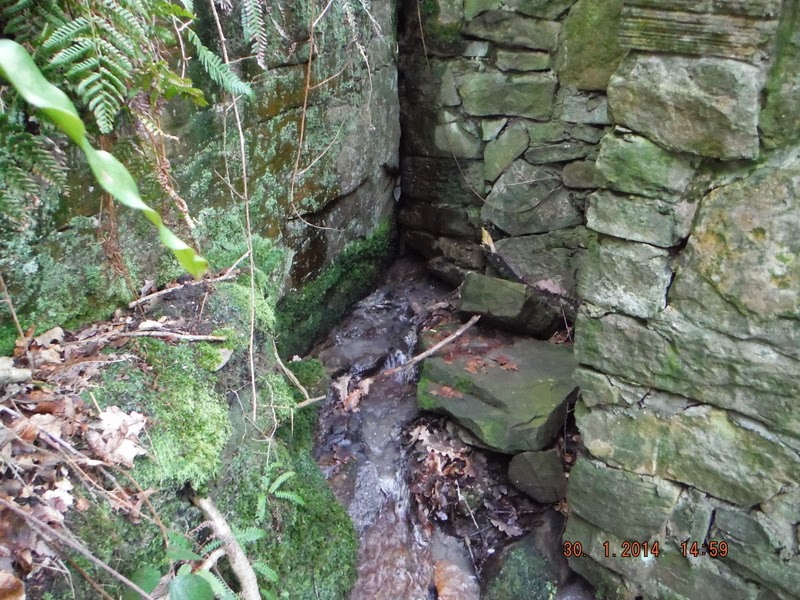 Doesn't look very nice, but that's nothing compared to the smell.


On the other bank we have one of the largest Storm Sewer Overflows on the river.
The smaller pipe is always running stinking water when I am in the area, which in the summer is quite often. On the bank above these pipes there are several sewer man holes covers. 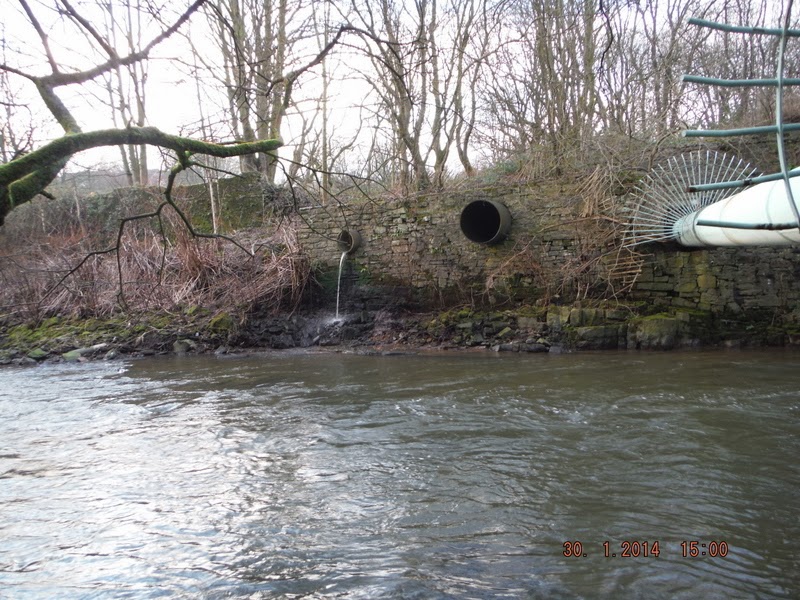 Not far down river from here are two more large sewer pipes that cross the river but no overflows.

The next area down river is Summerseat report to come soon.
Posted by Flyfishing the Irwell and other streams at Monday, February 03, 2014